Best way of presenting persons in a brochure/three-column page

In a brochure (A5) I am designing in InDesign CC I would like to present several persons. Currently my layout is designed such that I divided the page into three columns, place the image of the person in the outermost column, a small text box below the image for the name/position of the person and use the space in the other two columns for text describing the person. This text is placed in a separate text box. Works so far.
Still, I am running into several annoyances:

Thus, are there easier ways for dealing with this situation?

The layout I had in mind looks as follows: 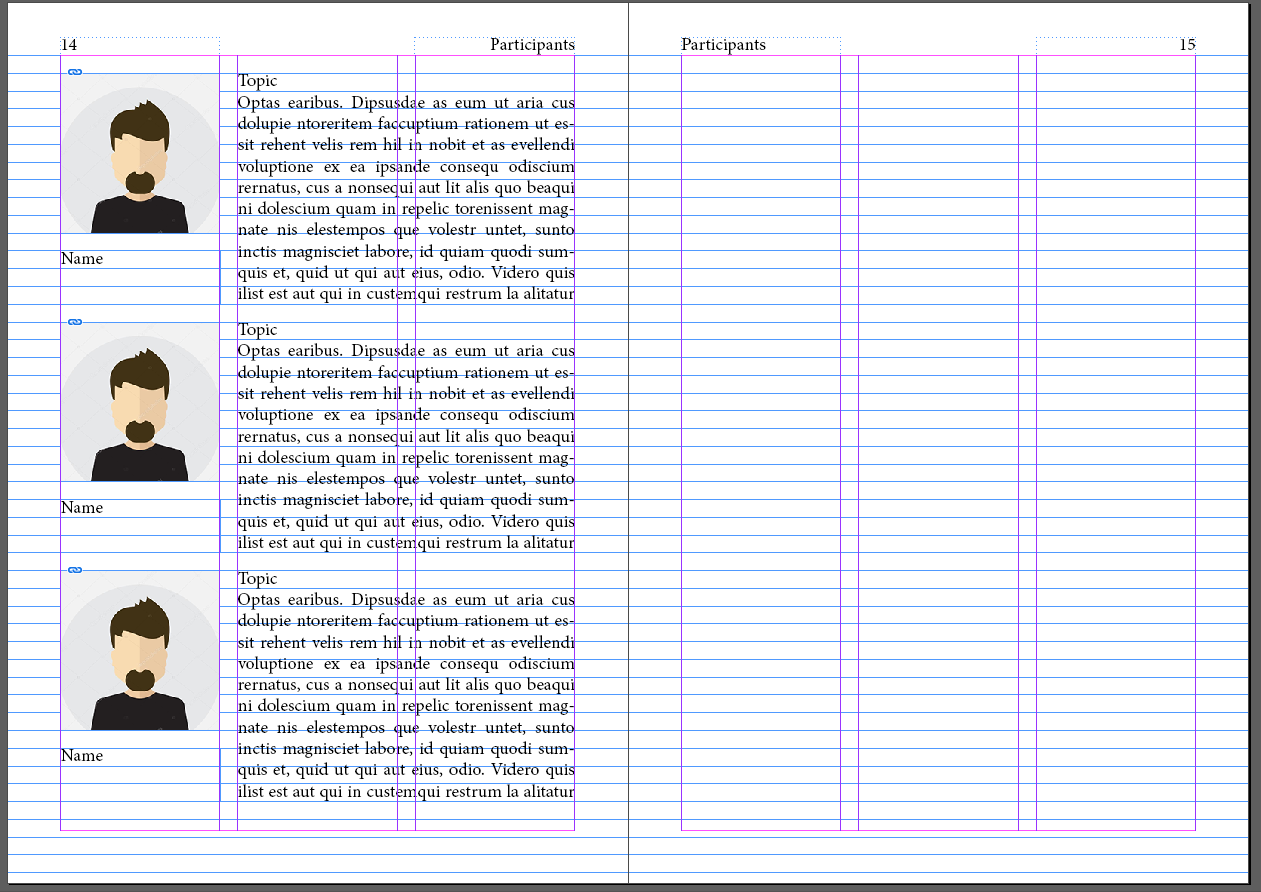 Browse other questions tagged adobe-indesign page-layout or ask your own question.

6
Text flow - when to say “no”?
16
Best way to send layouts with editable text to writers/editors who don't have design software
6
InDesign CS6: How should I structure pages of lists?
2
Simplest Program to create alternating page layouts
1
How do I make overset text automatically flow into adjacent columns, in Photoshop
0
InDesign Header and Copy alignment
13
Is there a specific term for horizontal gutters?
7
How can I make a hanging indent where a title is outside of a text frame?
1
Move text content automatically to correct place when changing page order in InDesign