What is the font of the eyeglass prescription printed by TOPCON autorefractor?

TOPCON (the Japan company, not the Texas one) uses this font in many of their autorefractors (or as they call it, auto refractometers).

This font looks simple, but I just can't find the exact same one.

What I have tried:

I have tried multiple images (about 5-6 images with resizing and cropping) on all these sites, But none of them found the font I am looking for. 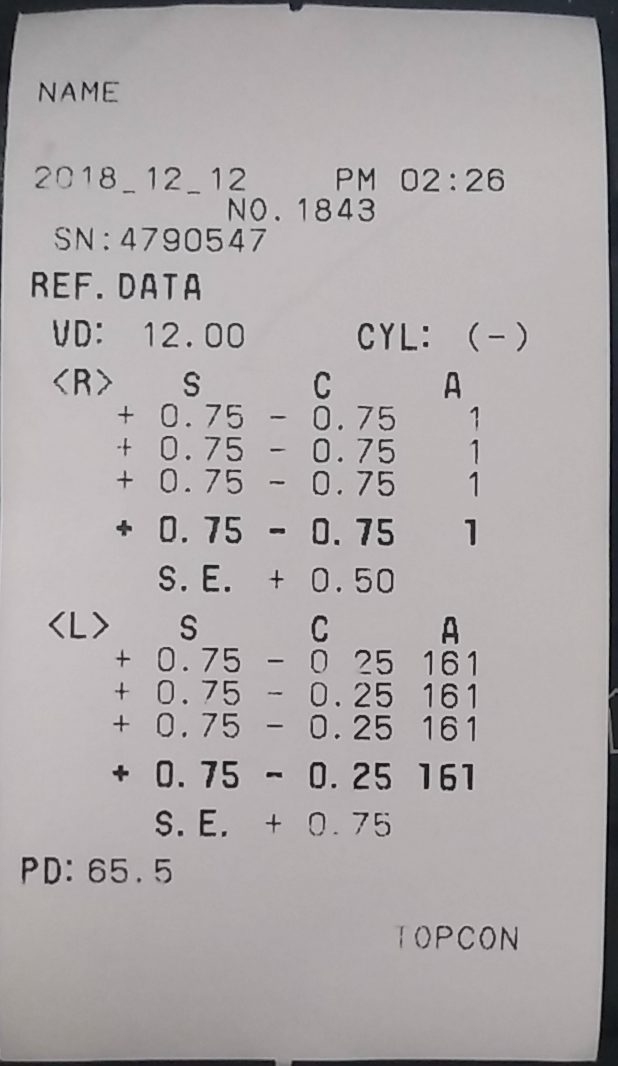 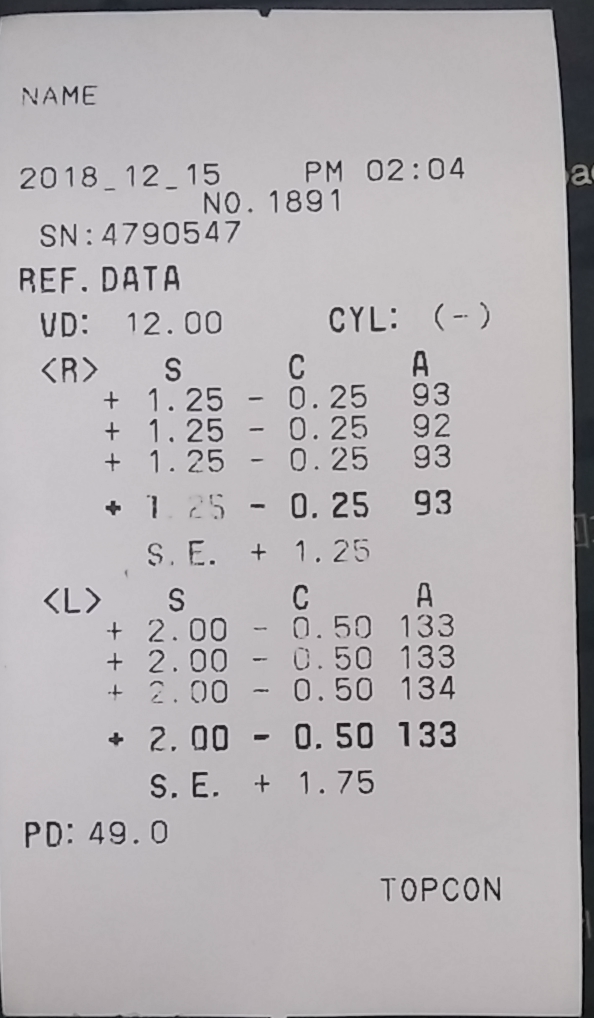 Details I have noticed:

1) 9 is just the exact upside down version of 6 in this font.

2) There is no horizontal part at the bottom of 1.

3) The bold versions are generally more "squarish". In bold versions (for example, every single line above each "S.E."), 6 and 9 have a flatter top/bottom than their normal versions; the top of 1 also becomes flatter.

Any idea what this font is?

BTW. I have no interest in making fake measurement records. I am on a project to build an OCR system that can automatically recognize numbers on these prescription, so that doctors no more need to manually type them into computers. Currently we are using tesseract, but it sometimes mix up several characters, so we are trying to train the model with our own data. Although images like above can work, it would be better if we can get the font file, so that we can automatically generate training data.

and The Most Common Receipt Font of Cash Register

But the ReceiptFont website has plenty of other receipt fonts. As user287001 said, you might not find an exact match because the font might be custom to the manufacturer.

Search for receipt printer fonts. Probably you never find a computer font which is exact match because intentionally matrix printer lookalikes are too coarse.

As normal smooth fonts you will find several resemblants which you can choose from. Only take a shot of your printed record and goto FontSquirrel, as you probably have done. Use a small sample and concentrate to those glyphs which came out wrongly, then you find those which have them right, but probably there are other wrong glyphs.

But the exact match?

Thermal printer is a mass produced component. Its maker surely do not want to pay license fees, the font must be a custom one. Topcon or other big instrument manufacturers of course can use their own custom fonts and surely are as resistant to pay licence fees. Reversely that prevents the existence of exact copies in the shelves of font sellers.

Note: This can be a wrong reasoning. You should ask Topcon what the font is. They may stay silent or tell that it's a custom font which is not available for others, but nothing prevents the asking.

One thing to try as long as you do not sell, give nor publish the resulted font file nor printings made with it: Make your own font file. Beware: I'm not a lawyer, this isn't a legal advice.

Scan and carefully place in Photoshop the needed glyphs into the input form of a handwritten or bitmap font generator software. One such software is Scanahand by High-Logic. As well you can pick a mixed collection of nearly same glyphs from different fonts. There are many free ones.

Your application obviously utilize the fact that there's only limited amount of different layouts and the data surely has some internal rules which radically contract the field of possible choices. Character by character recognition doesn't utilize these possiblities.