I would like to draw a light ray which makes an angle with the horizontal axis in Inkscape. Using the freehand drawing, I drew the line horizontally first (placing a node in the middle for the arrow) and then rotated the whole thing to the desired angle. However, I failed to rotate the marker arrow correctly (as seen in the figure below). I want it to have the same orientation as the line itself. How can I do that?

As a note: I'm sure that the line and the arrow are grouped together. 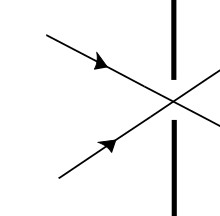 Draw a separate triangle or arrowhead on a plain line, make a group, rotate to the wanted direction. If needed, you can allways ungroup and even without ungrouping you can select the parts separately in the layers panel for ex. to stretch the line. 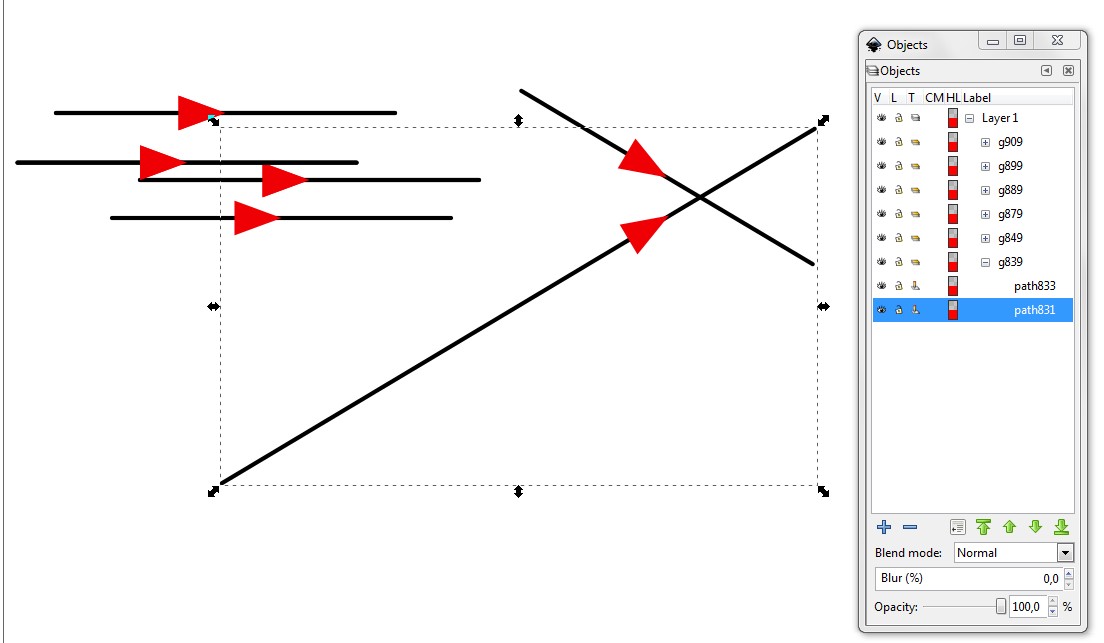 129
How to draw an arrow in inkscape
5
How to snap a path to a node in Inkscape?
2
Inkscape objects to marker - Engineering drawing arrow
5
Inkscape: scale line without scaling arrowhead (marker)
1
How can I draw easily an arrow with the text in its tails?
0
how to properly position arrow heads with respect to a curve?
1
Inkscape: making a line that widens in the middle
2
How to draw a hollow line with arrows in Inkscape?
5
How to draw curve arrow with empty body?
2
How can I draw a hollow arrow in Inkscape?