What is this geometric pattern called and how to construct it?

I am wondering if the design in this image has a name? Also does anyone know a mathematical way to construct this with circles, arc etc?

I am interested in 2d construction technique although 3d would be interesting to know as well. 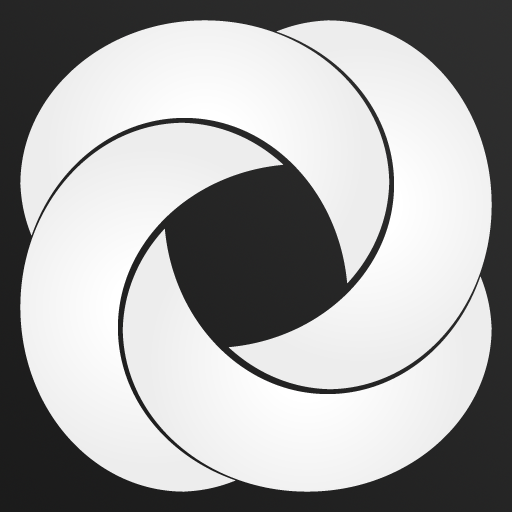 This resembles a knot, as already said by others. You have not a better description of it than your screenshot. Without knowing any math relations of the seen image it's possible only to make a visual copy.

Of course someone can guess or know a math description of the shapes in your screenshot, for ex. the original creator. I guess it has 4 otherwise equal shapes, but rotated with 90 degrees steps. In addition a cusp node is placed on a certain point of the preceding shape. 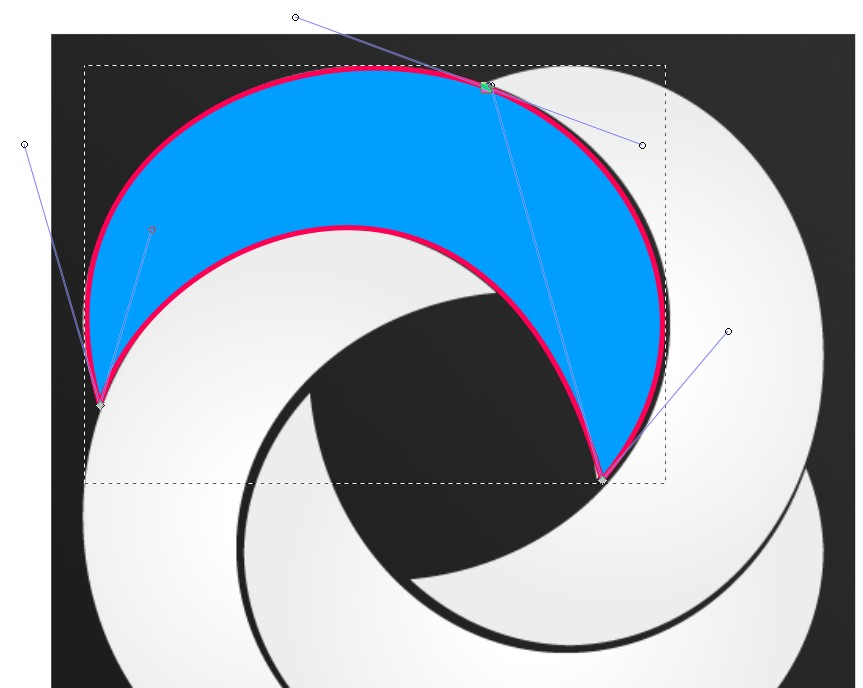 Note: There's as few nodes as possible, one node is for placement the cusp node of the next shape.

The shapes resemble also ellipses, so as well I can guess it's made of ellipses. It's tried later.

Let's continue! Three 90, 180 and 270 degrees rotated copies has been made and placed so that the placement help node snaps:

A background has been inserted with the same color as the stroke color of the shapes.

The idea of using ellipses:

Unfortunately I haven't a formula for the sizes and placements for the ellipses to make an exact copy of your screenshot. I simply made two intersecting identical ellipses and then duplicated the pair, but as 90 degrees rotated.

The coloring is made in Illustrator with the Shape Builder. It hopefully gives an idea that in 3D it can be two loops braided together.

It can, but as well it can be something else. A flat pattern without any light effects can be in 3D created in infinite different ways. One example:

A common name for this kind of image is a "knot" or even a "torus knot." Celtic knots are good example of this idea taken to the extreme. There are many different techniques used to make them, so the question is a bit too general to answer as it stands. Do you have a specific question about how to make them?

This appears to be two interlocking mobius rings. Basically, a mobius ring is created by this analogy: If you were to take a flat strip of ribbon, and while holding the two ends, add a twist, then reconnect the ends. The result will be a mobius ring. It's a paradoxical shape in that should you place your fingertip on any surface and move your fingertip across the surface in any direction, you would eventually touch both the surfaces (top and bottom) of the original, without having to lift your finger.

Building this shape geometrically is more involved and confusing than it might immediately appear. If 2D, I'd use Adobe Illustrator and its "Live Paint" tool. Create a single base shape, including a stroke that is the weight of the desired gap space. Copy the original and paste directly on top. Rotate the copy the desired degrees to achieve the desired offset from the original. Use live paint to achieve the desired "over/under" appearance (not unlike the interlocking Olympic rings). Expand the end result and delete unnecessary elements.

Not the answer you're looking for? Browse other questions tagged patterns or ask your own question.

4
What layout and interface elements work well for a control panel-style app?
3
How can I create a half-circle patterned background in photoshop?
6
How to specify a repeating pattern for textile printing
4
What is this kind of pattern called and how is it created?
9
Create dotted circles in Illustrator
2
How could i do that? Illustrator? Photoshop?… or both?
10
How can I describe this pattern found on the back of a playing card?
1
How to change recurring pattern across image in Gimp?