I am trying to super impose a label design onto a jar label. But I'm tired of using the warp tool, and I need to make use of photoshops 3D tools.

The photo already has an existing white label in the picture, and my label design has a white background.

Once I have my design wrapped around a 3D cylinder to scale, I want to disable all texture effects, shadows, light effects, only leaving my 3D rendered label. I then want to be able to layer style Multiply the 3D rendered layer so the label black artwork appears perfectly over jar.

I use SketchUp a lot so I understand 3D a little, and know how to control the 3D plane, position, and objects.

What I can't seem to understand is how control the cylinder to scaling and disabling effects in Photoshop 3D mode.

So here is my jar with label. 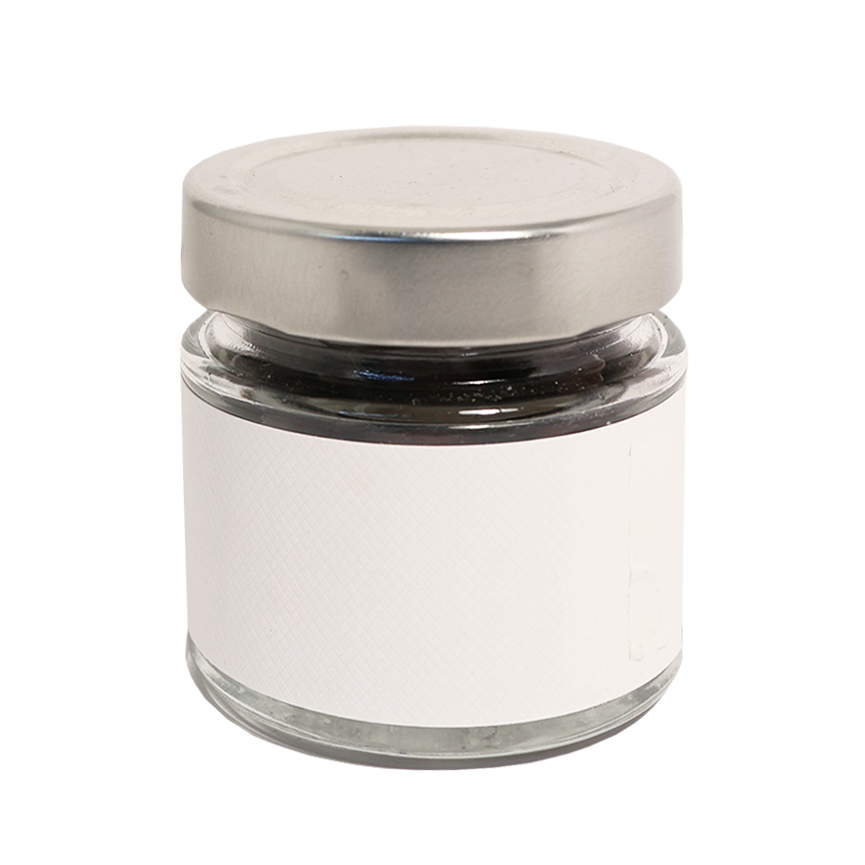 So I then measured the label height and jar diameter and worked out the circumference.

I created this label artwork (66mm x 207mm) in a separate psd document and placed the artwork in my jar file as a smart object. 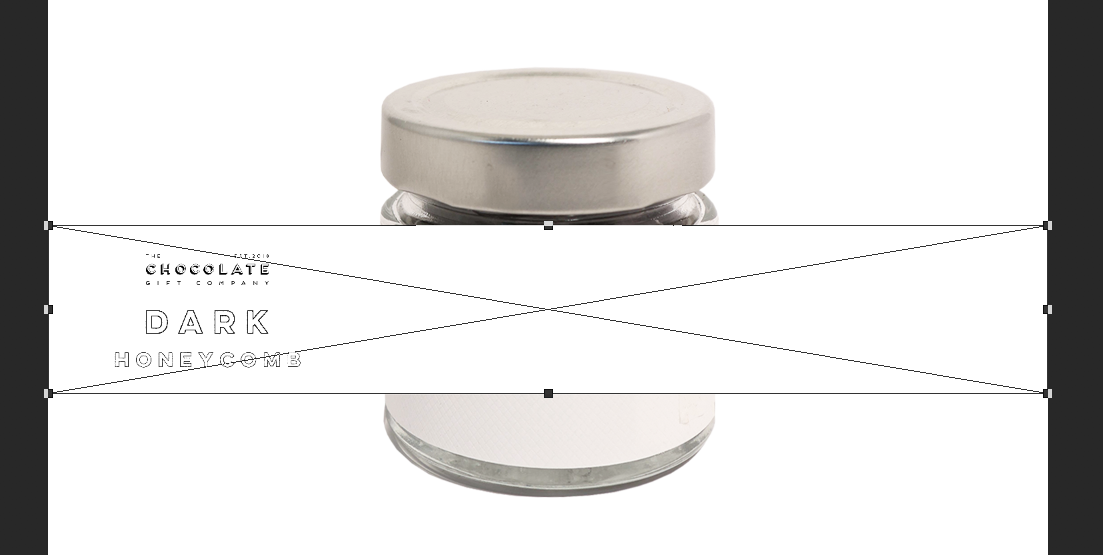 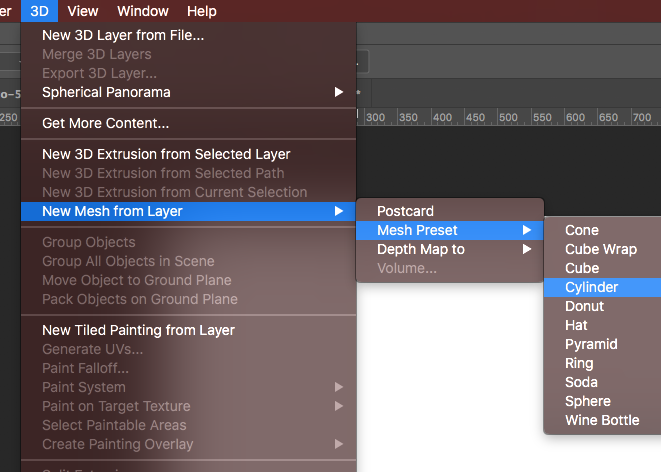 Which then creates this clever wrap... 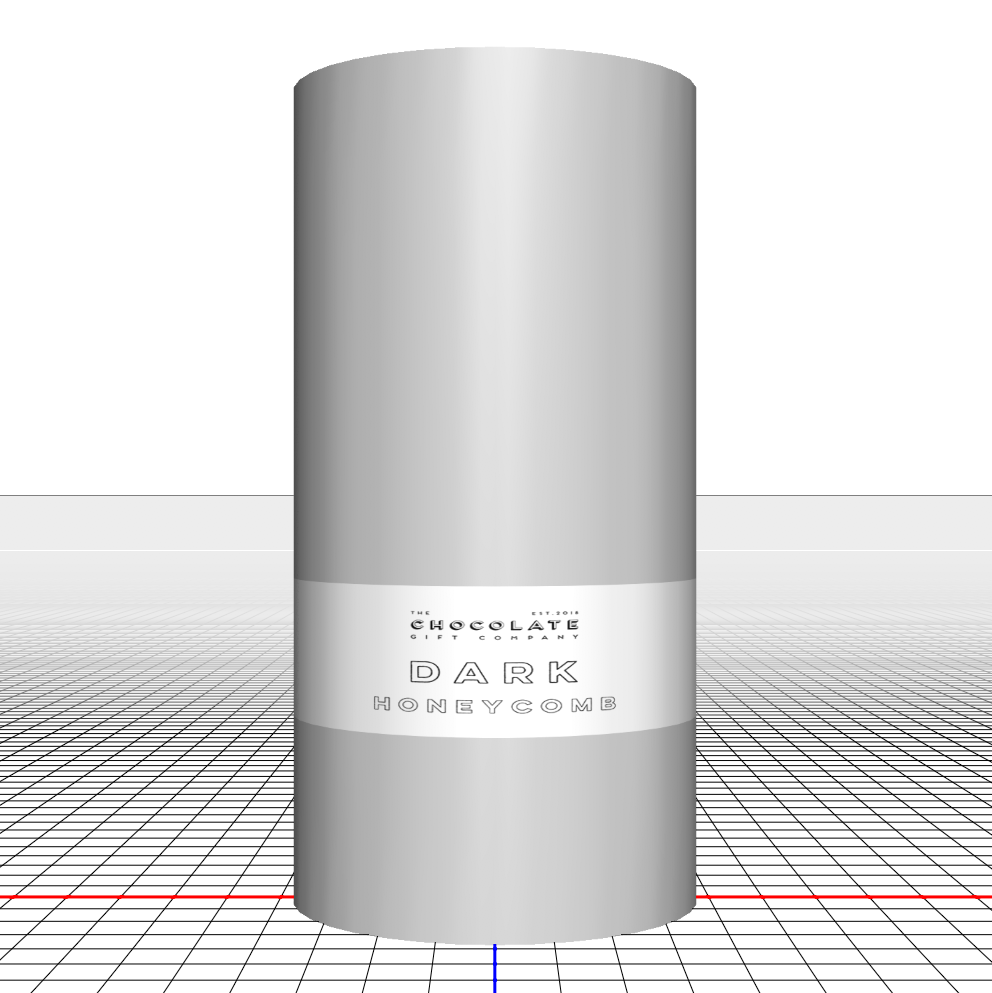 But I don't understand where the dimensions of the cylinder come from, my understanding was that it would use the layer dimensions to create a cylinder based of this.

The problem is if I scale the cylinder manually by pulling the object toggles, it just squishes my artwork... 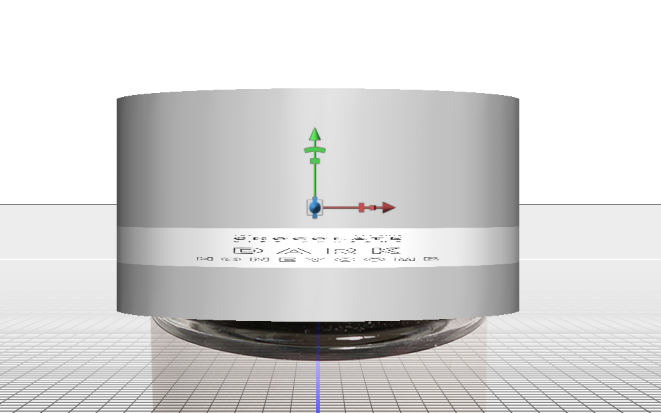 So the questons I have...

Thanks in advance for any tips.

The solution I found is to Edit the Cylinder_Material. 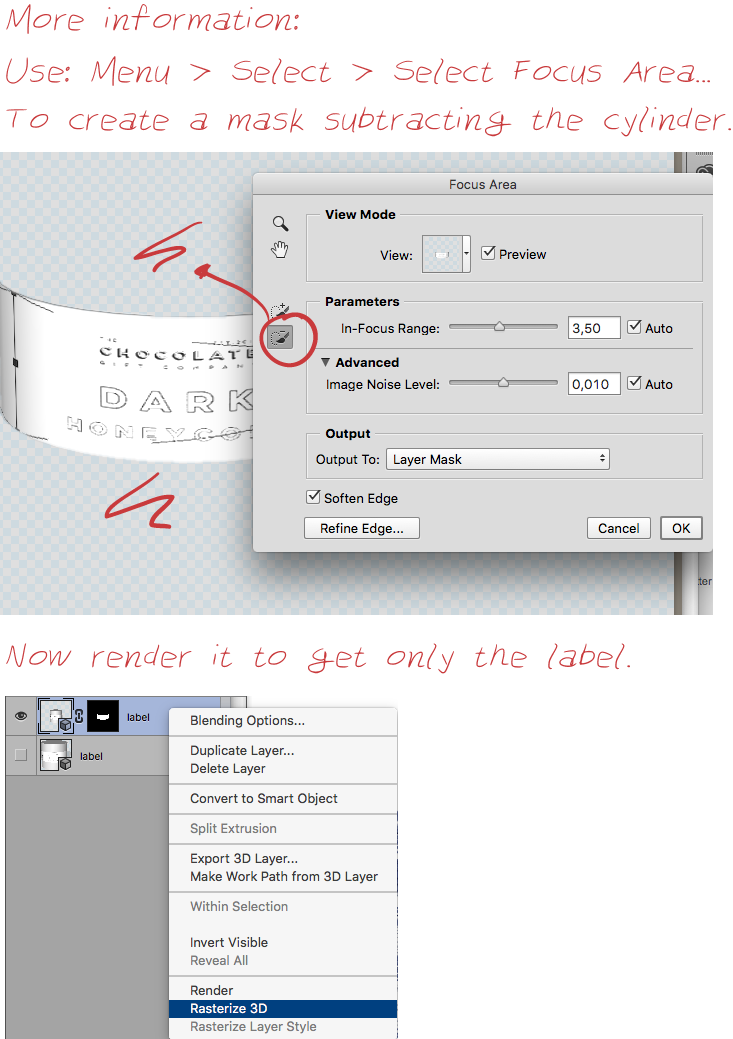 Warning: I use legacy software. New Photoshop obviously has some things fixed.

Preset 3D shapes such as cylinder has inbuilt dimensioning and mapping rules. You have very thin control over them. Try at first start with image size = your intended label stripe, I mean this:

Generate new cylinder shape from it. The result will be stretched vertically to about 200% due the internal dimensioning and mapping rules: 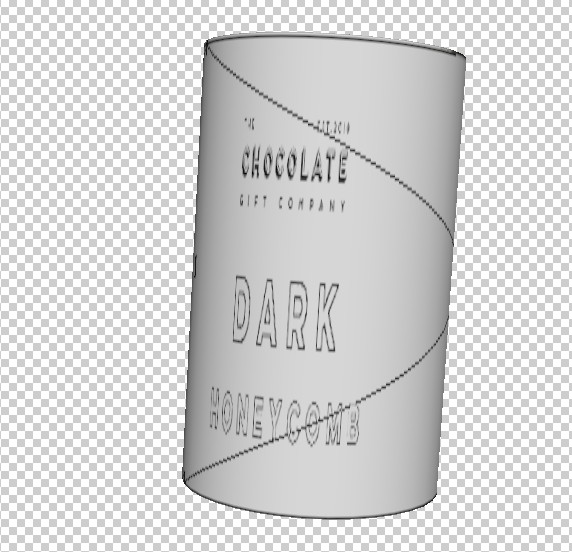 You can either insert empty space by increasing the height of the canvas or edit the mapping scaling. This is the latter 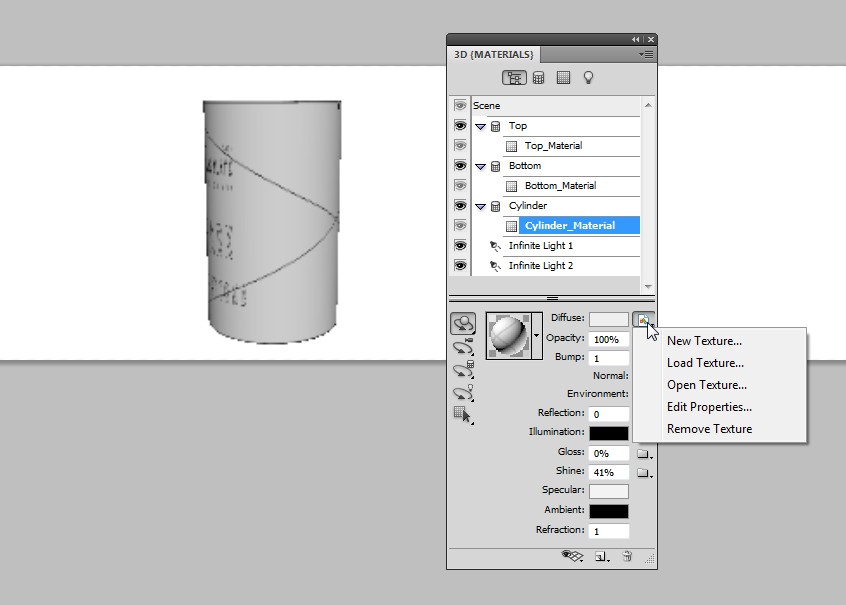 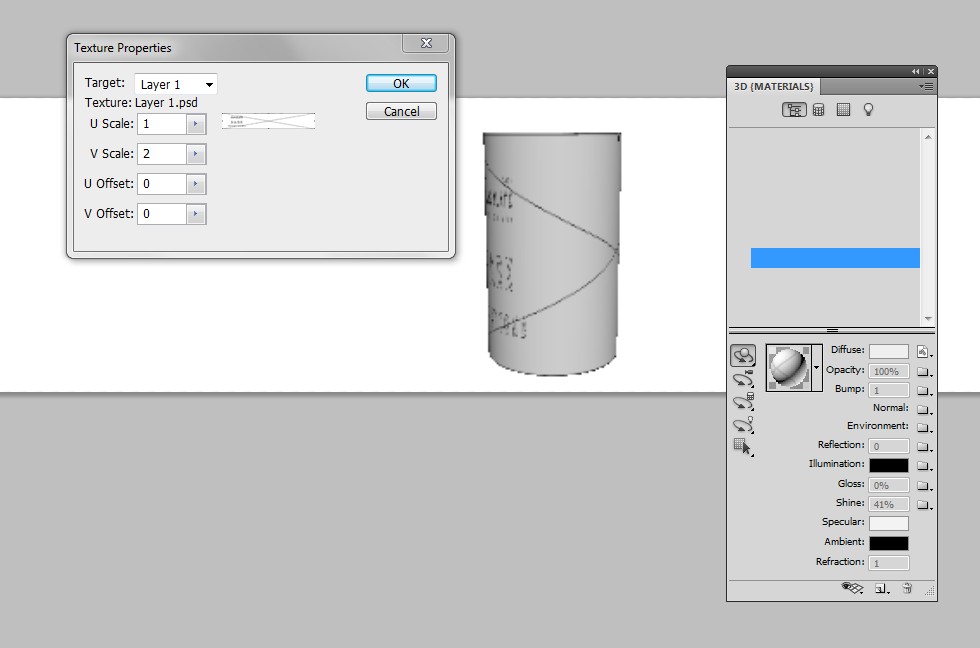 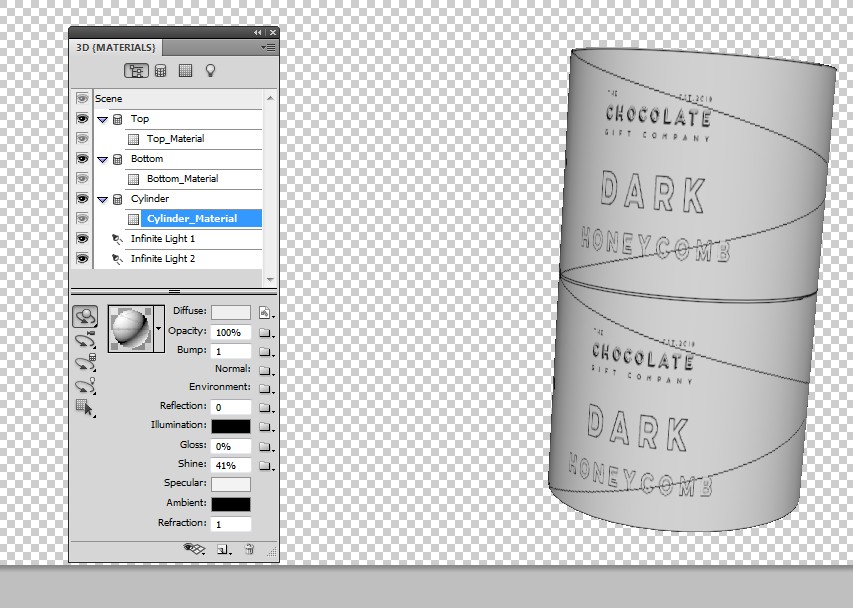 You can use a half of this image to cover your jar. Unfortunately the imaging perspective is probably quite different than in your jar photo, so do not expect exact match even in case the scale happens to be good.

I bet this all looked out crap and that it is. Photoshop's 3D doesn't include proper tools for modelling nor texture image mapping. The cylinder has fixed proportions and you must accept it if you want to use it.

In theory you could make a new texture image starting from the cylinder or more preferably an imported OBJ-format 3D model of your jar. But Photoshop's 3D doesn't know anything of multimaterial 3D models, so the model of the jar must be considered only for a way to get the label right. The label image would be applied also to glass and metal parts with zero user control. That can be acceptable for quite fine material textures, but not for images. An example (red was added to make possible to notice if even a corner happened to become visible) 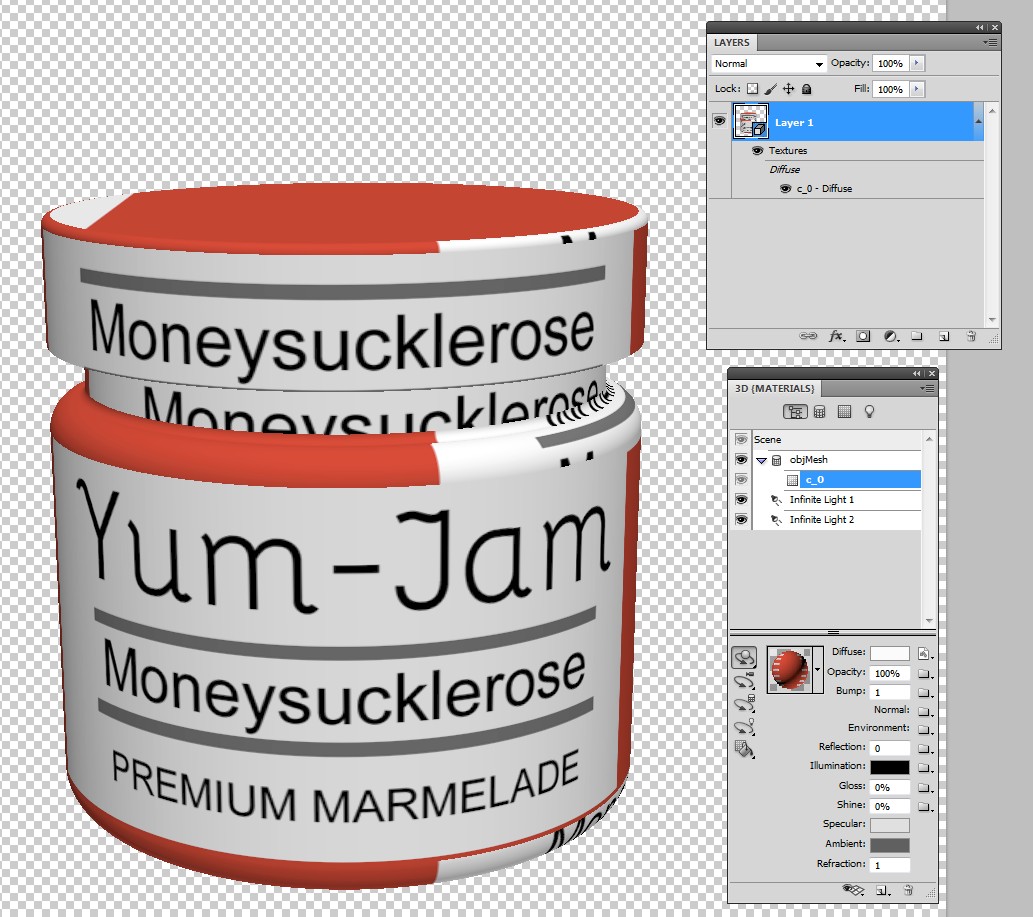 To get it right at the label area you must do some math or have an icredible luck because the perspective must be same as in your photo.

Goto Illustrator. There you can 3D extrude an arc to make a label sticker. 3D isn't a must, you can also warp the 2D label. The result is importable to Photoshop with copying and pasting. Or as well you can compose it all in Illustrator.

See this older case for reference. It was about candles:

Recreating realistic text to be editable?

You can do warps in Photoshop, as you already knew (and got tired). An example 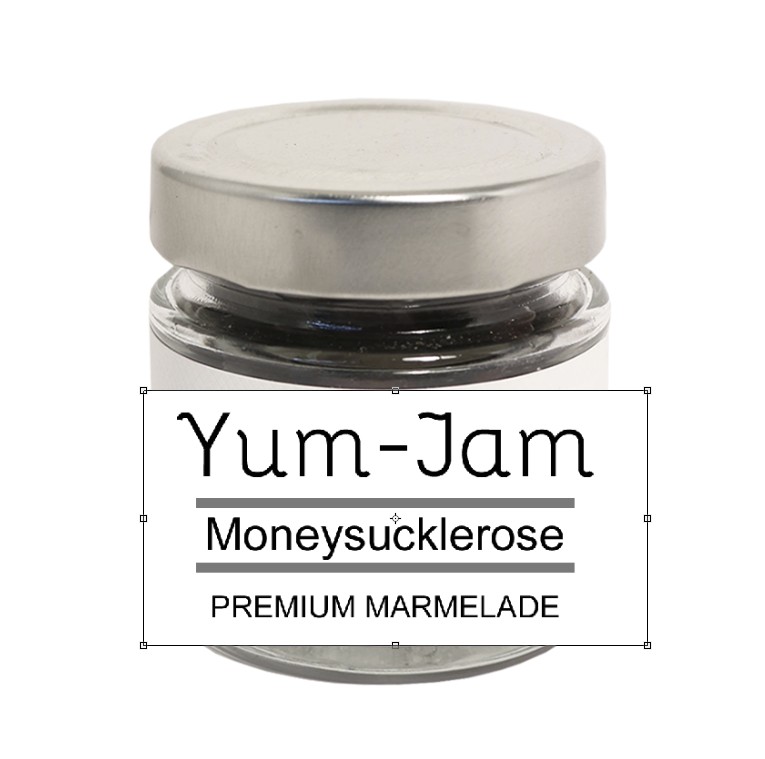 It's bended manually to the perspective with Edit > Transform > Warp: 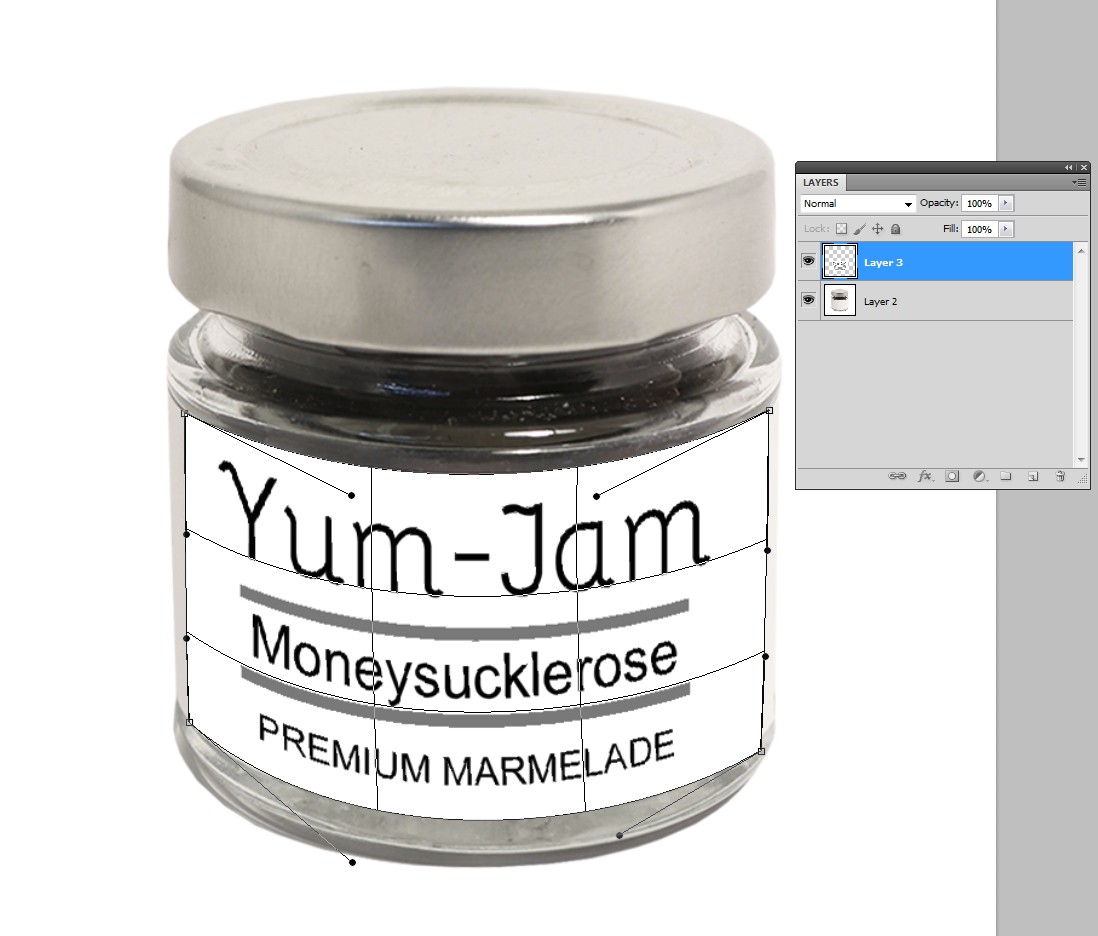 Blending mode multiply replaces the white with the base label shading: 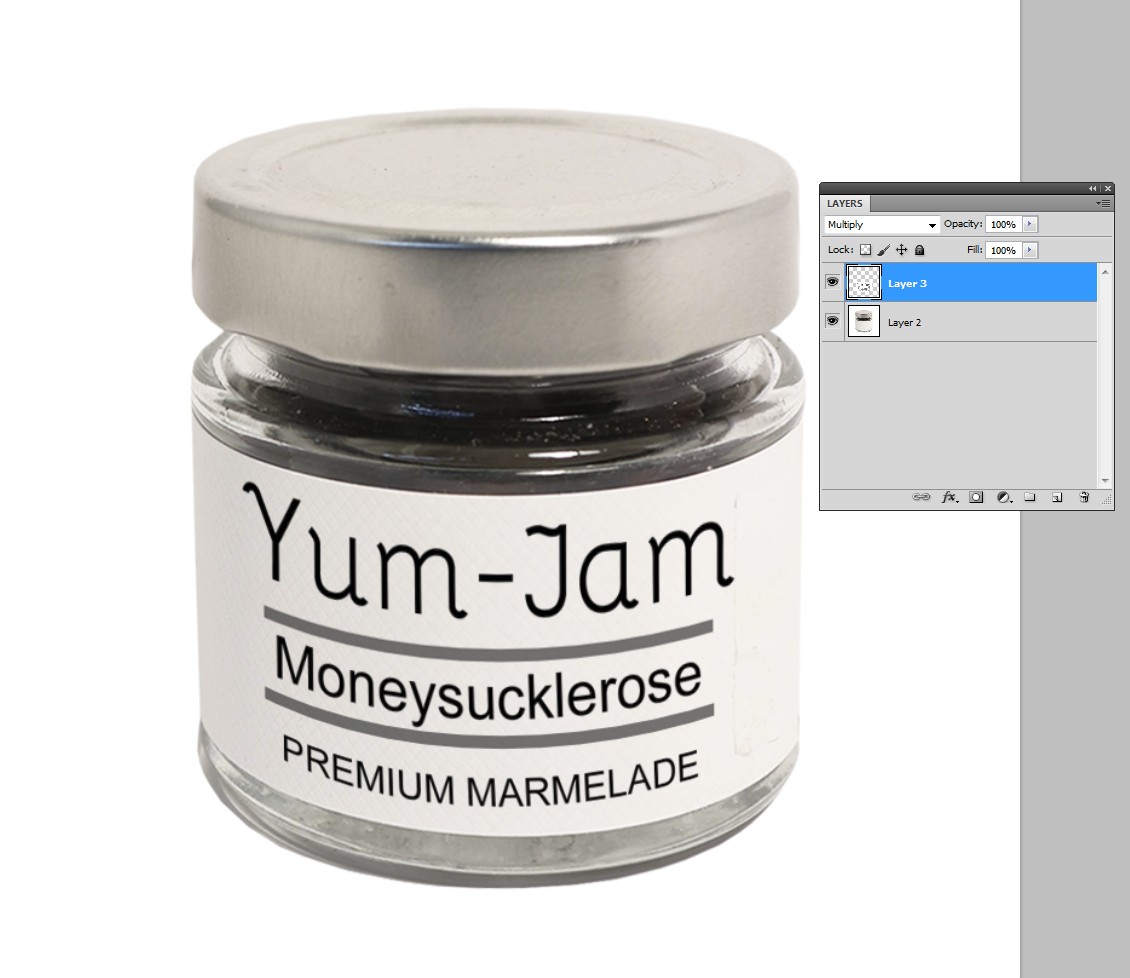 Then something that you maybe haven't tried, because you have got tired:

If you want the label to stay editable, convert it to smart object before scaling and warping. It can contain several layers (texts, drawings, bitmap images). Photoshop generates smart filter automatically.

Not Asked: Here's a reference image of what me and many others have hoped as a minimum when they started with Photoshop's 3D - a possiblity to easily create simple custom 3D shapes and place images on them with proper control. 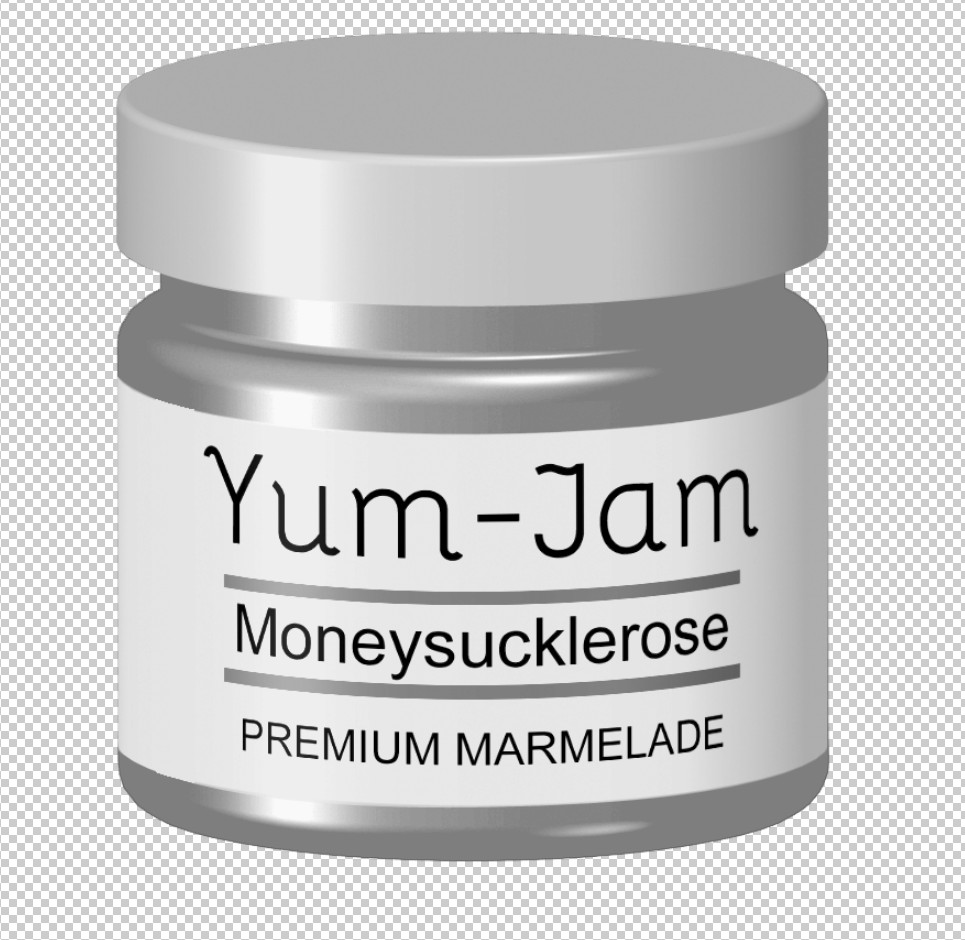 As said above, Photoshop hasn't modelling tools. But one could make this easily from scratch in Illustrator or nearly any 3D modelling program due its elementary geometry (=revolved shape). Label fits perfectly.

This one is actually made in an entry level freeware 3D CAD program and it has got a contrast lift in Photoshop, because the CAD program had poor control for light. It's not glass, because there's no photorealistic materials, only solid color fills.

In Illustrator one could make both the jar and the label. But making it look out glass doesn't happen with Illustrator's 3D effects. Plausible glass appearance needs photorealistic 3D rendering which knows glass and other needed materials. No entry level software will do it.

Hundreds of years painters have put glass into their paintings succesfully. It can be tried also in Photoshop without photorealistic 3D rendering.

This case Photoshop: How to make shadow more realistic

is actually about shadows, but there's a transparent looking glass bottle in Photoshop and some high quality photorealistic 3D glass renderings.

4
Recreating realistic text to be editable?
2
Photoshop: How to make shadow more realistic
0
How do I wrap a label around a bottle

5
Ideal way to wrap a label around a bottle (3d extrude?)
1
Photoshop: How to know which layer does graphic object inside
5
Easiest way to wrap label around an existing bottle / can
0
Photoshop 3D - creating textures to the correct size for each face
1
How to Increase Size of Smart Object in Photoshop CC
0
Bleeds inside an artwork (Photoshop)
0
Is it a better way to design at small dimensions (say 12x16 inches instead of 36x48 inches) for print?
0
How do I wrap a label around a bottle
1
How do you resize a smart object layer?