Illustrator: How to connect a path into another path

I am trying to create this smiley face with sort of brackets at the end of the smile.

That's 3 paths. One for the smile and two for the brackets. All of them only are strokes and don't have fills. (stickman style)

I want to join the end of the smile into the middle of the brackets, on each side, and don't want the smile to become a mouth when I unite them in pathfinder. Is this possible? So far I couldn't find any solutions.

Yes, select all your paths you want to join.

Go to Object → Path → Join or Right Click → Join or Ctrl+J to join the paths.

You have to make sure that the edges are perfectly aligned with the brackets, best is to enter Outline Mode (Ctrl+Y) to perfectly align the anchor points.

You can also just group your paths together (Ctrl+G), unless there is a specific reason you want them joined. 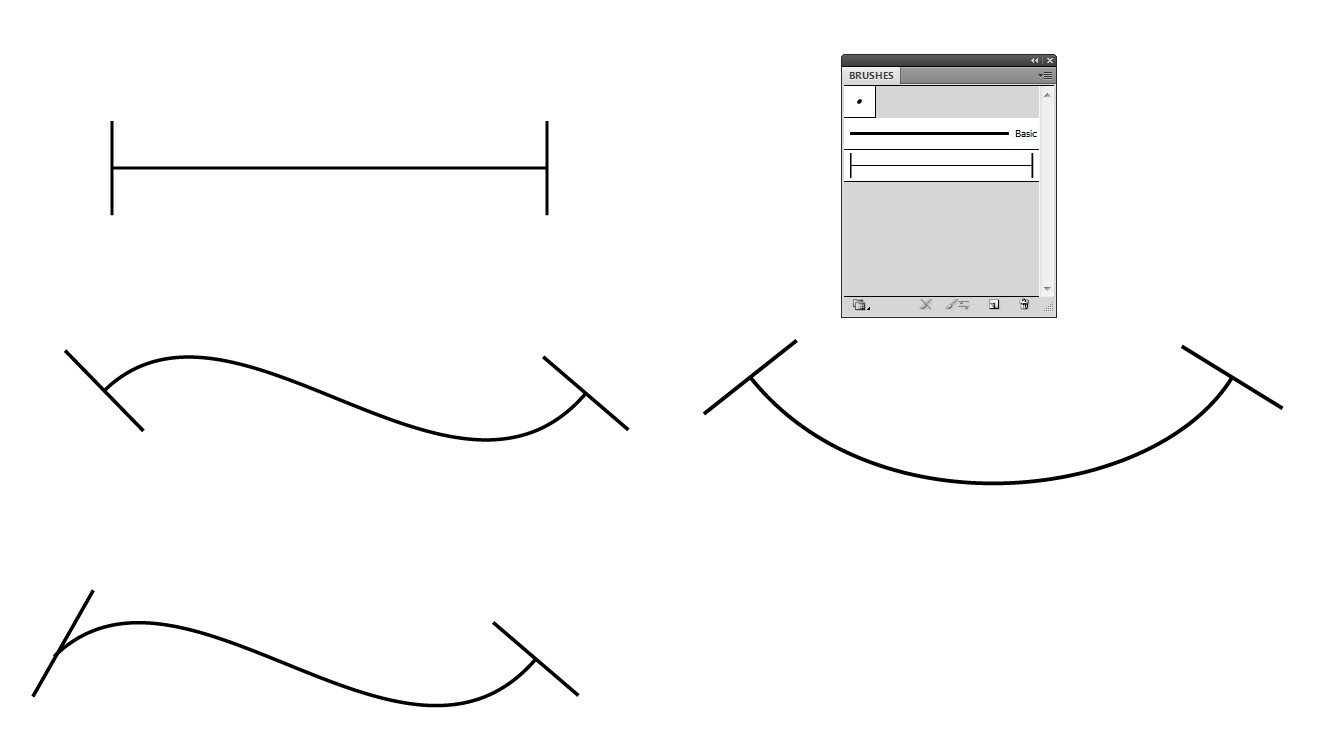 Draw 2 equal vertical lines and one horizontal line, make a neutral smile. Drag it into the brushes panel and define it to be a new artistic brush

Draw different curves and apply the brush to them. The bottom version is edited from the shape above it. If you expand the appearance of a curve which has got the new brush, the result is editable with the direct selection tool. It's still a group of three separate strokes. Ungrouping it makes the parts independent.

I bet having simply a group of three strokes, as already suggested by others, is good enough for most purposes.

4
Group paths into fillable objects/Join open paths in Illustrator?
4
Illustrator - Make paths as a compound path
3
Replicating Petronas logo, two shapes w/big strokes?
1
Which is the inverse operation to ''Expand'?
1
Change colors of linked Illustrator image from InDesign
5
Merging 3 different-Not Crossing Shapes into 1 Path
1
color fill segments of a path
0
Uniting two objects in Illustrator
0
Join paths to make one single line drawing so I can gradient the stroke
0
Reopen path or connect two paths that are closed in Illustrator