How to change background to white in other software than Adobe products?

I have a bunch of black&white drawings (to be exact grayscale) and I took pictures of them. I want to change their backgrounds to white. I don't have a Photoshop license, so I was wondering if there are other software packages I can use. I have clip studio paint (formerly known as manga studio). They have a feature called Correction Layer -> Binarization, however, this gets rid of some gray pixels and the drawing looks a bit rough. Can this be done in gimp?

I found this message Change background color from brown to white (remove sepia) and I can do it on my mac but the background is still grayish. What I need, I think, is convert some the pixels that are closed to white to white.

PS. Just in case you were wondering, I did go to a store to scan them but high quality scanning is very expensive (I live in Vancouver) and I gave up that idea.

Gimp can definitely do this. use Color>Desaturate>Desaturate (yes, twice) to make sure you image is gray(otherwise some parts can take a color in the processing that follows). 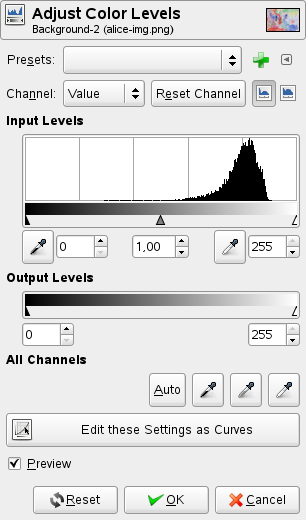 If you took photos, the lighting may be uneven and this may make adjusting levels difficult. In that case, see here

Krita (=freeware) can be used as well in Windows, Linux and Mac.

The problem is common. Typical case I have met is the following: A hobbyist has a drawing. He has taken a photo of it and asks me to help to make it clean. Here's the photo: 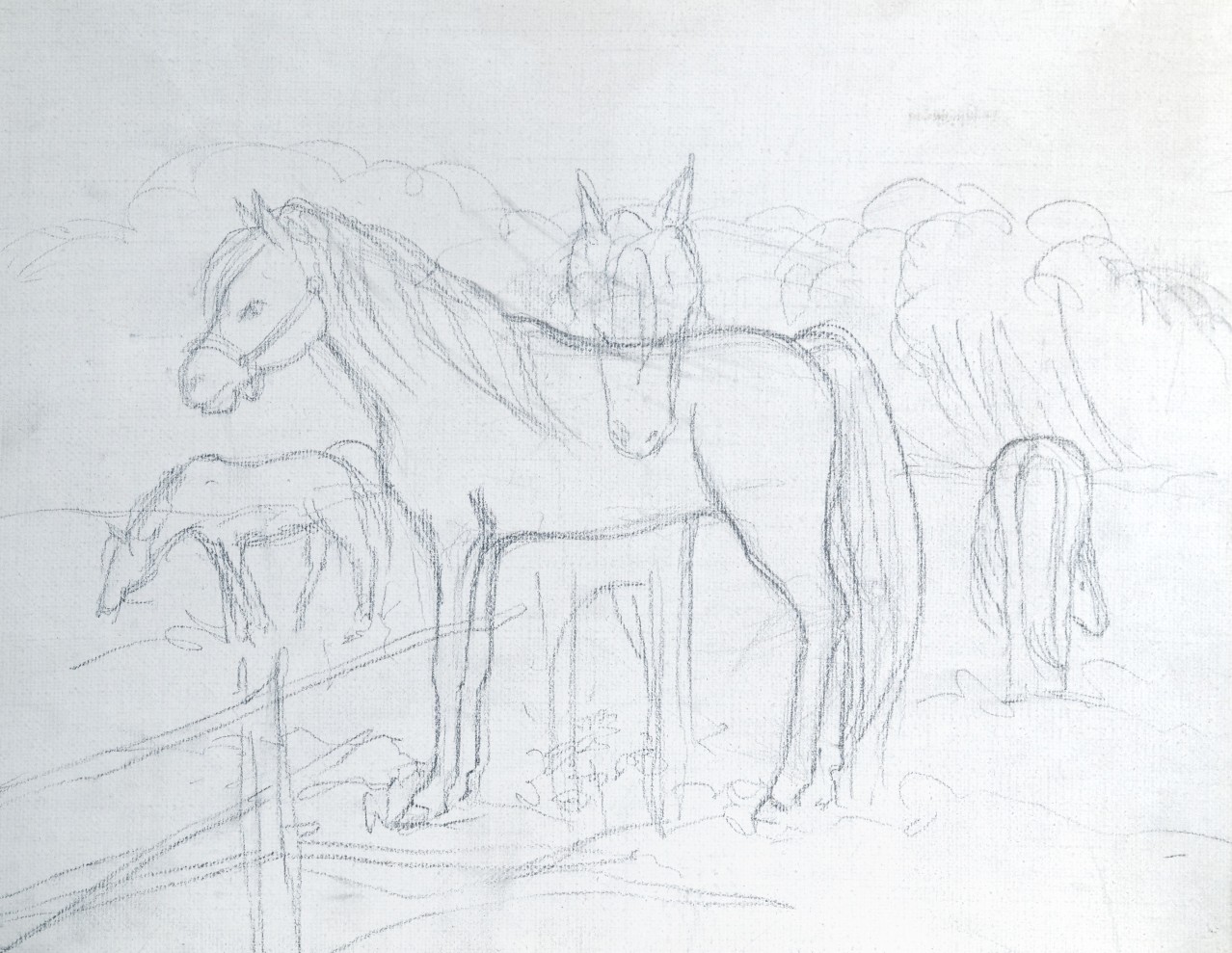 This is actually quite good photo. It's sharp. It has reasonably high resolution at least for onscreen watching. It's not full of nasty JPG noise. It isn't mangled unrecognizable by automatic noise reduction. It's taken nearly straight on the face and it's not rotated. There isn't blue outdoor light mixed with yellow indoor light, the color is generally same, only a little blueish.

The problem: The light non-uniform. The right side has already nearly white background, the left side is substantially darker. It isn't hopeless, because there's no full black nor overblown areas. But the lack of uniform light causes level adjustments to produce something like this: 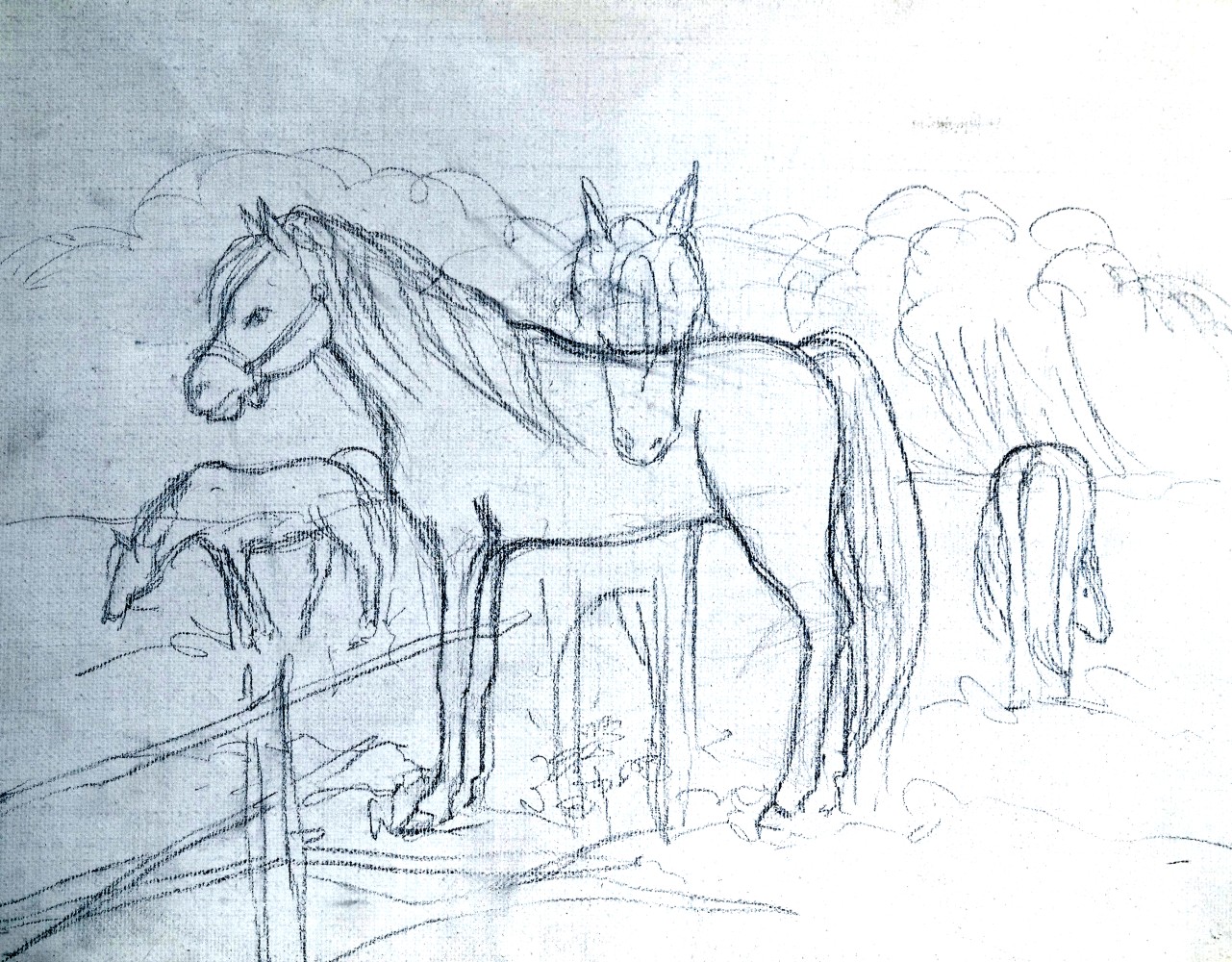 One way to fix the original image is to duplicate the image layer and blur the copy to get light coverage profile: 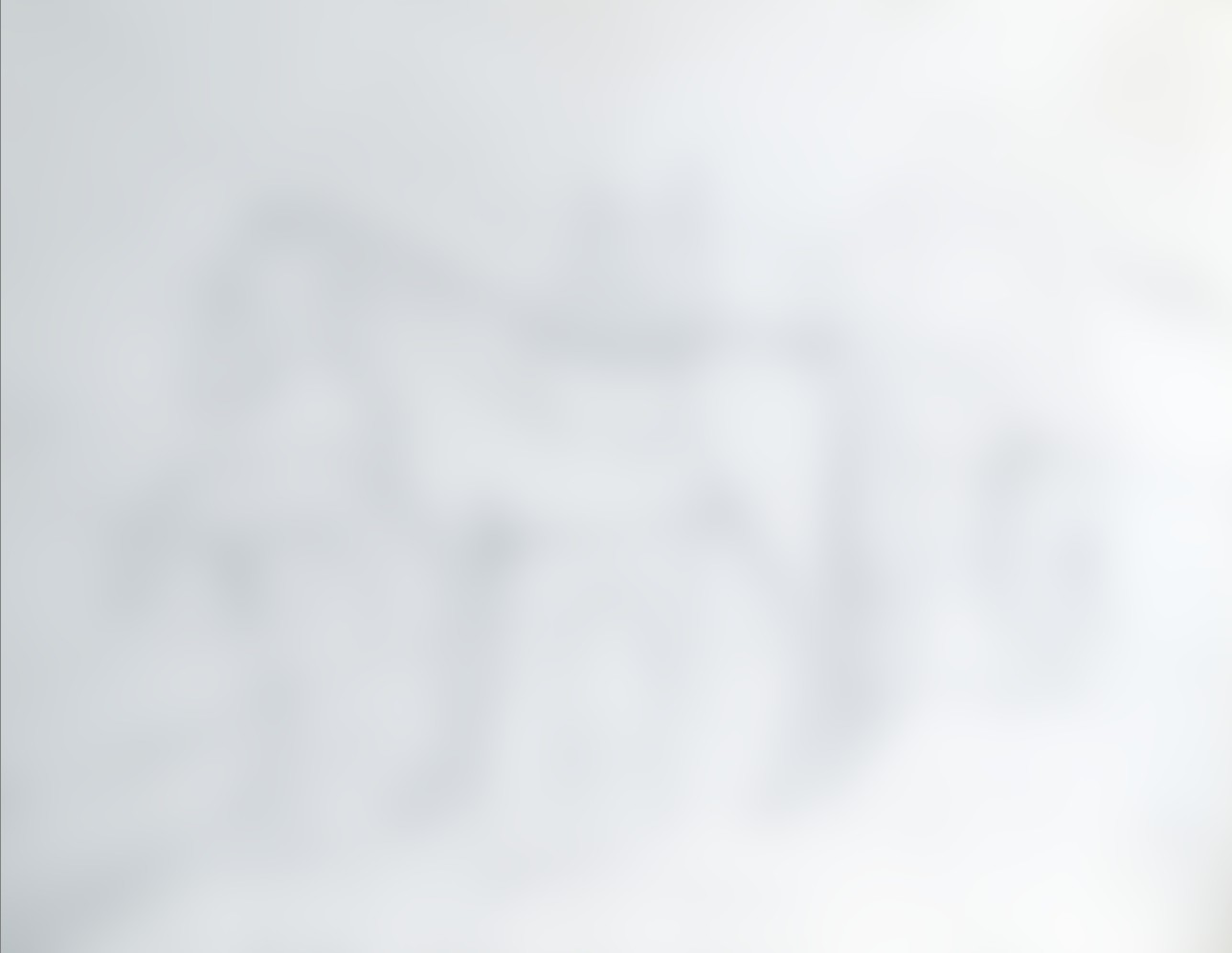 When this layer is inverted and mixed with the original by having blending mode =ADD, the light differences are reduced: 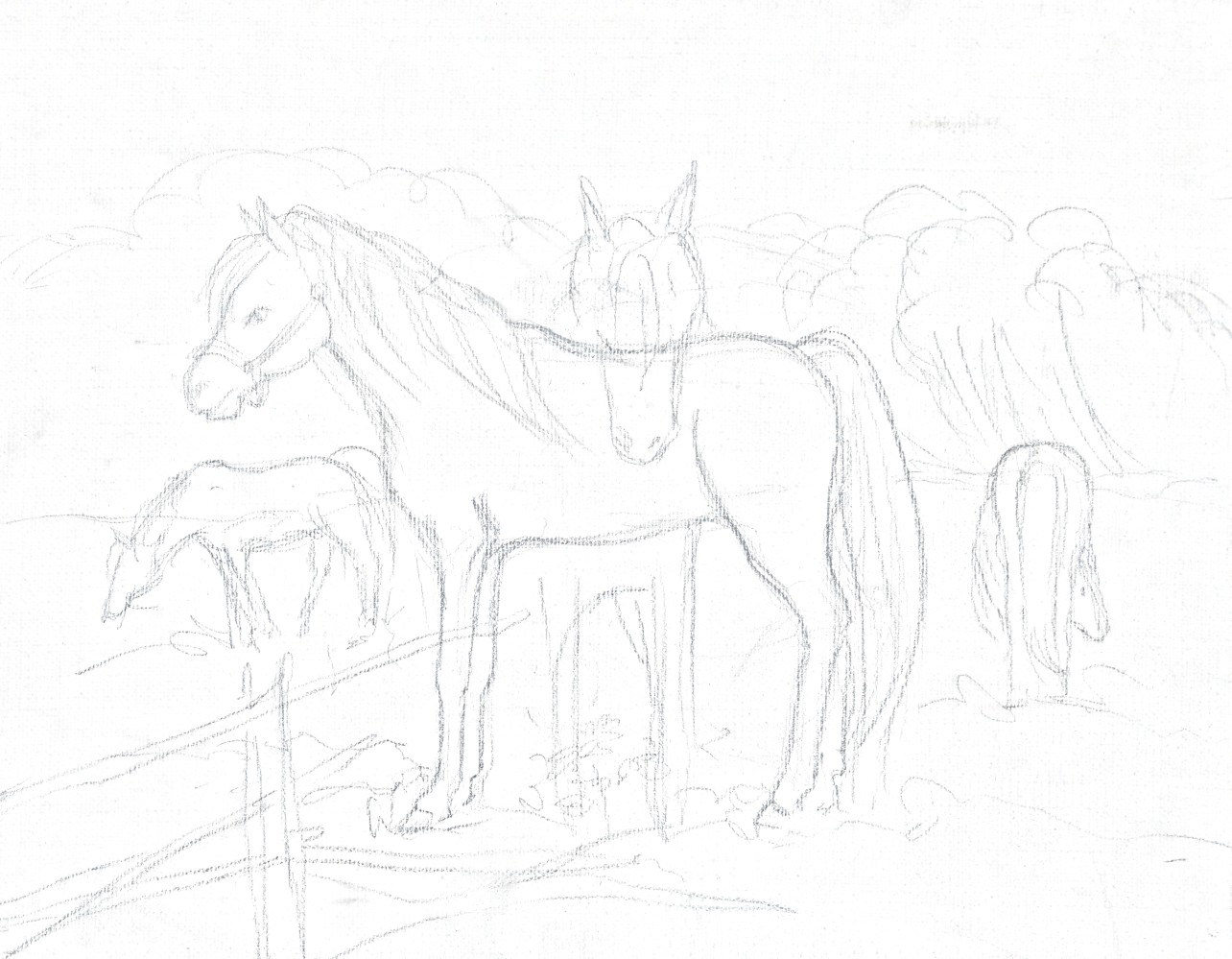 I have seen the drawing and this was only a little lighter than the drawing. But the hobbyist demands higher contrast.

One can increase contrast by merging the layers and applying Curves: 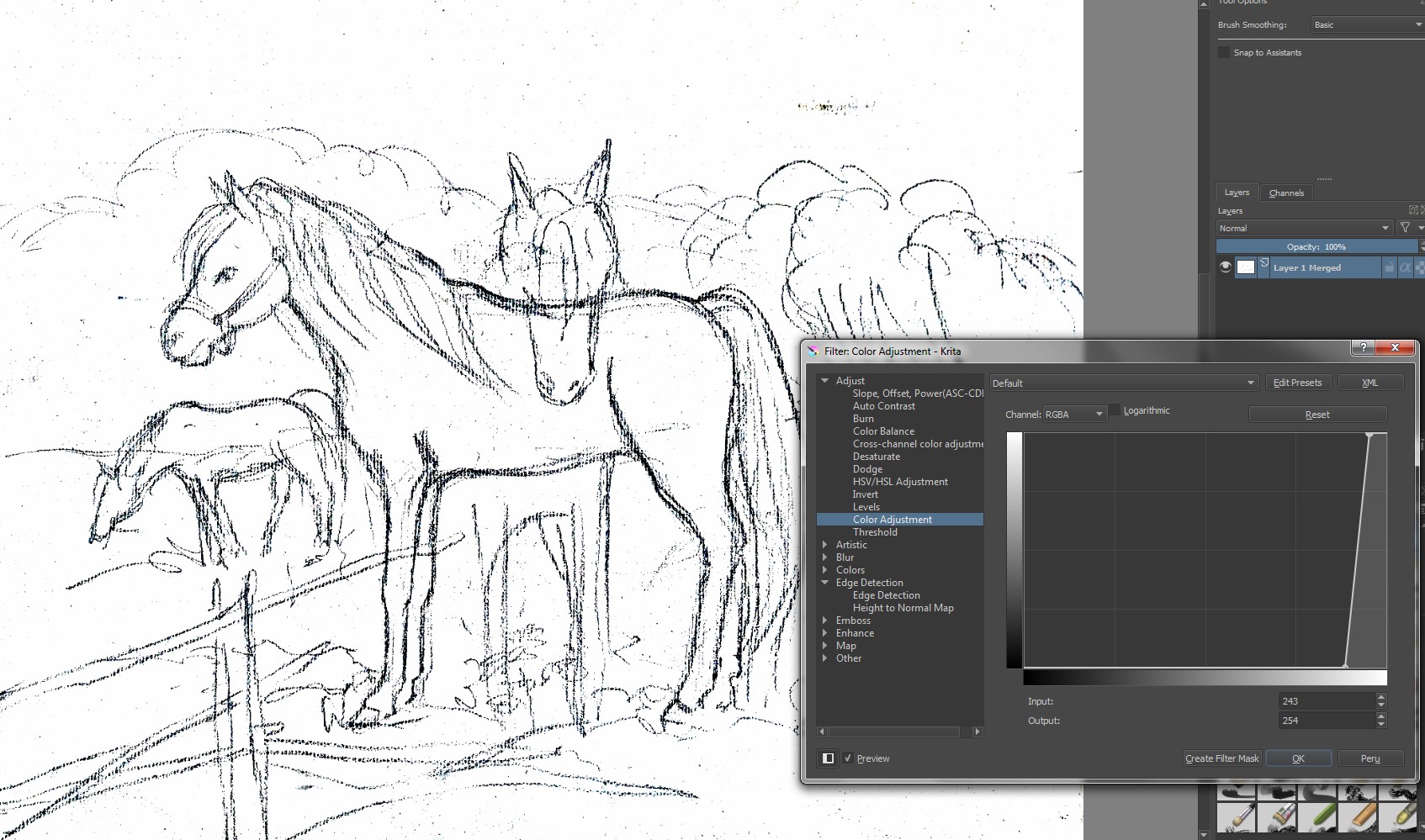 Unfortunately drawings often have stray dots, which jump visible as one adds the contrast. It can be fixed by painting white on the most disturbing areas: 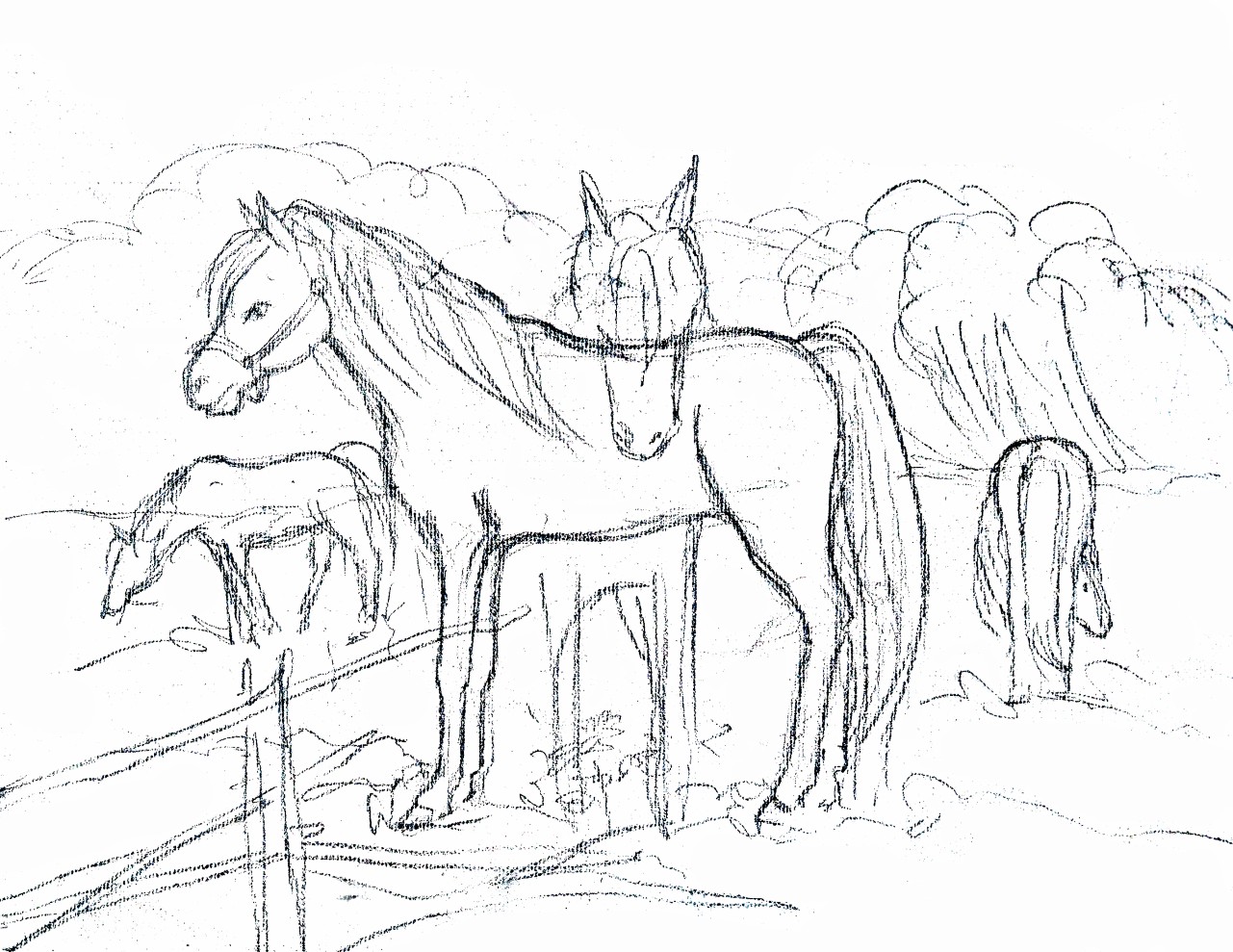 Not the answer you're looking for? Browse other questions tagged gimp autodesk-sketchbook-pro or ask your own question.

7
How do I convert images of a page of text to pure Black & White and sharpen the text?
2
Change background color from brown to white (remove sepia)

2
How to get a transparent color other than black with gimp?
26
Can I change the default Gimp transparent background to white?
4
Why is GIMP's rendering fonts differently than other applications?
3
change white object's color
10
Can't use any colors other than black in GIMP image
0
How can i change the white background of the eps file to transparent?
0
Removing Off-white Background from White Image GIMP
0
Change color to white using GIMP