I want to create a gradient background like the background in the image below: 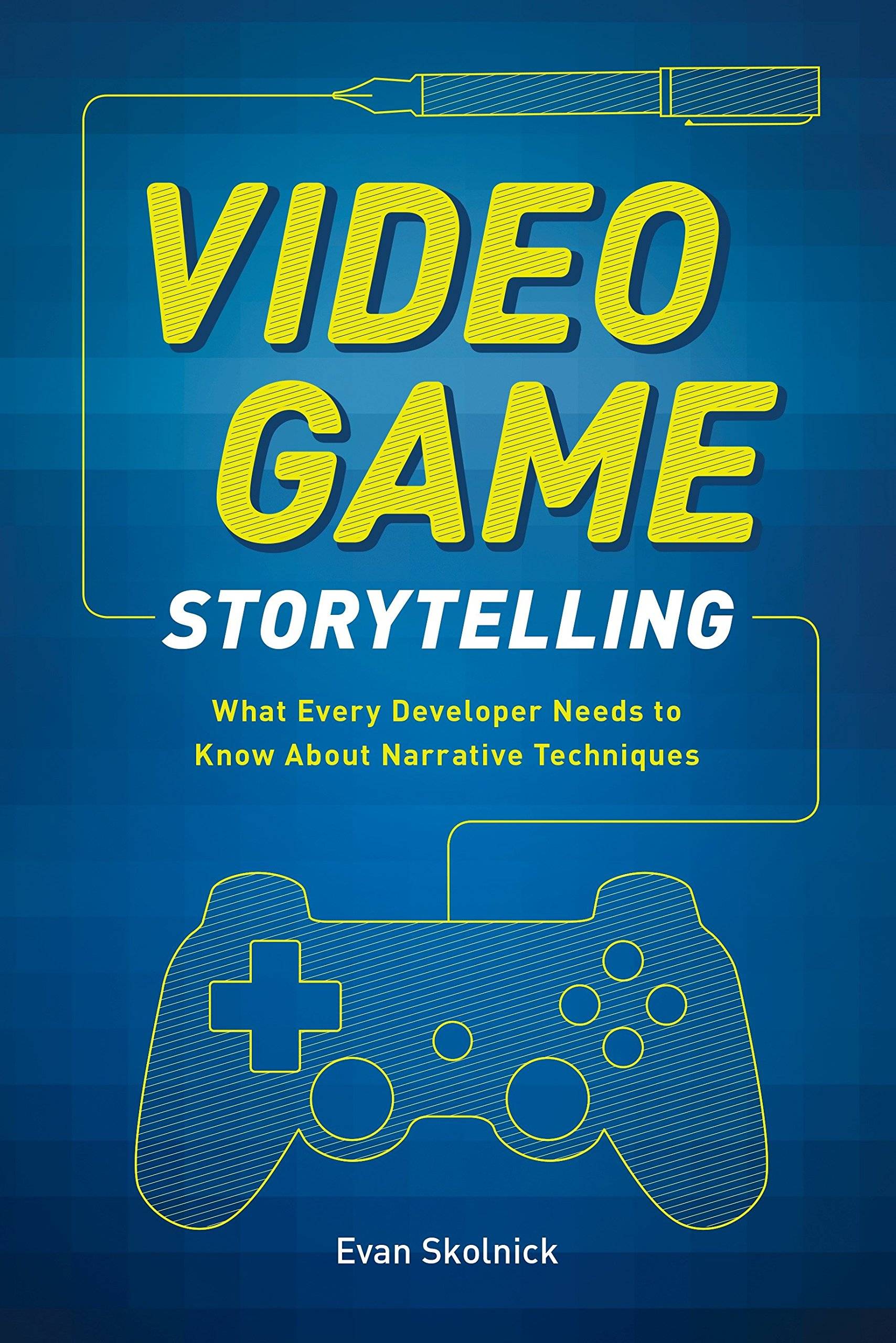 I have tried the solution in this post but the result is not satisfying. As it can be seen in this picture, it seems that two radial gradient are applied together, if I reduce the number of colors(as it was suggested in the mentioned solution) I will have something like this: 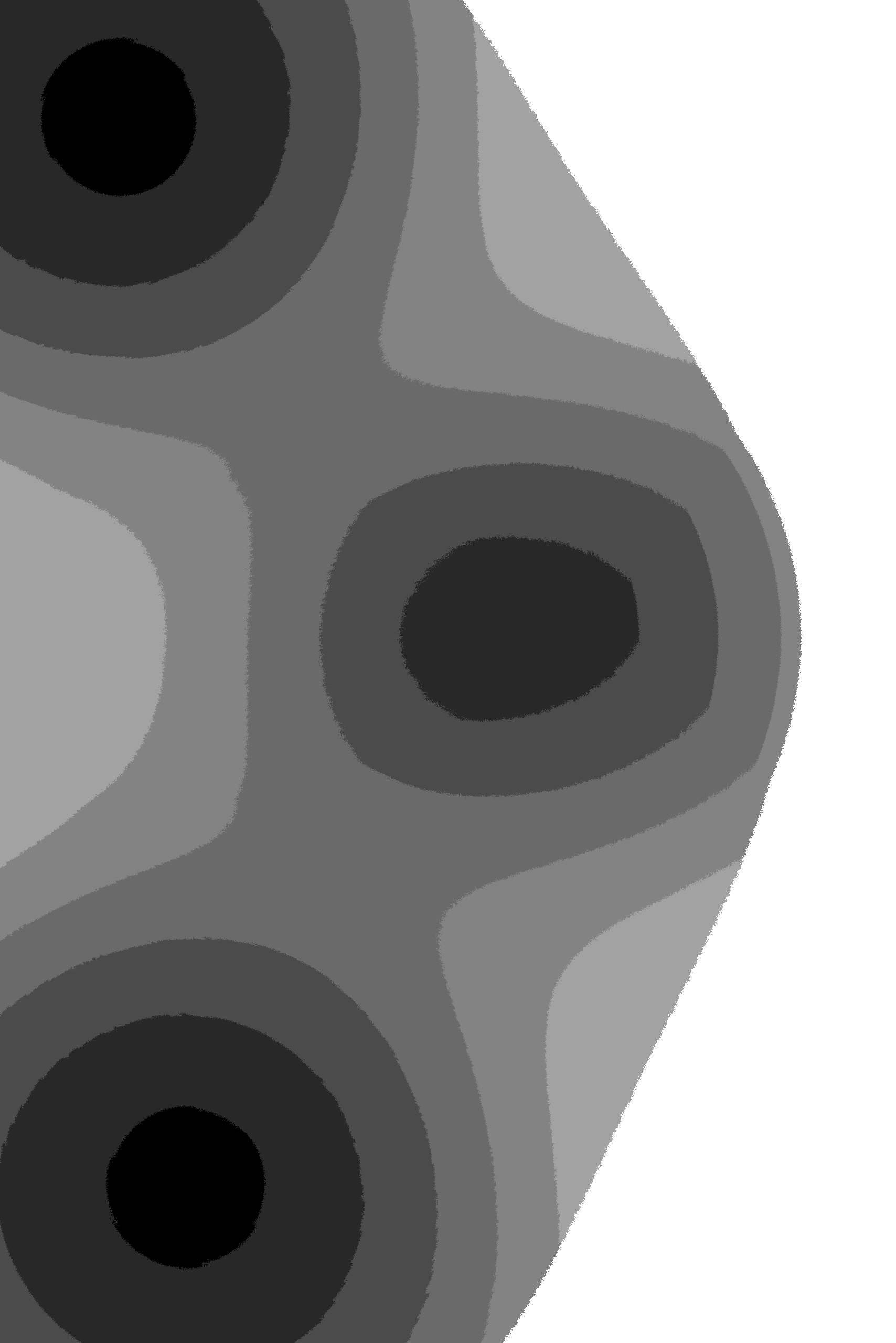 As it can be seen in the original picture, its like a gradient modifier is applied then the pixels of the image got enlarged! I have tried several other solutions(including drawing from scratch and it worked!) but I have yet to find an easy solution for this problem. 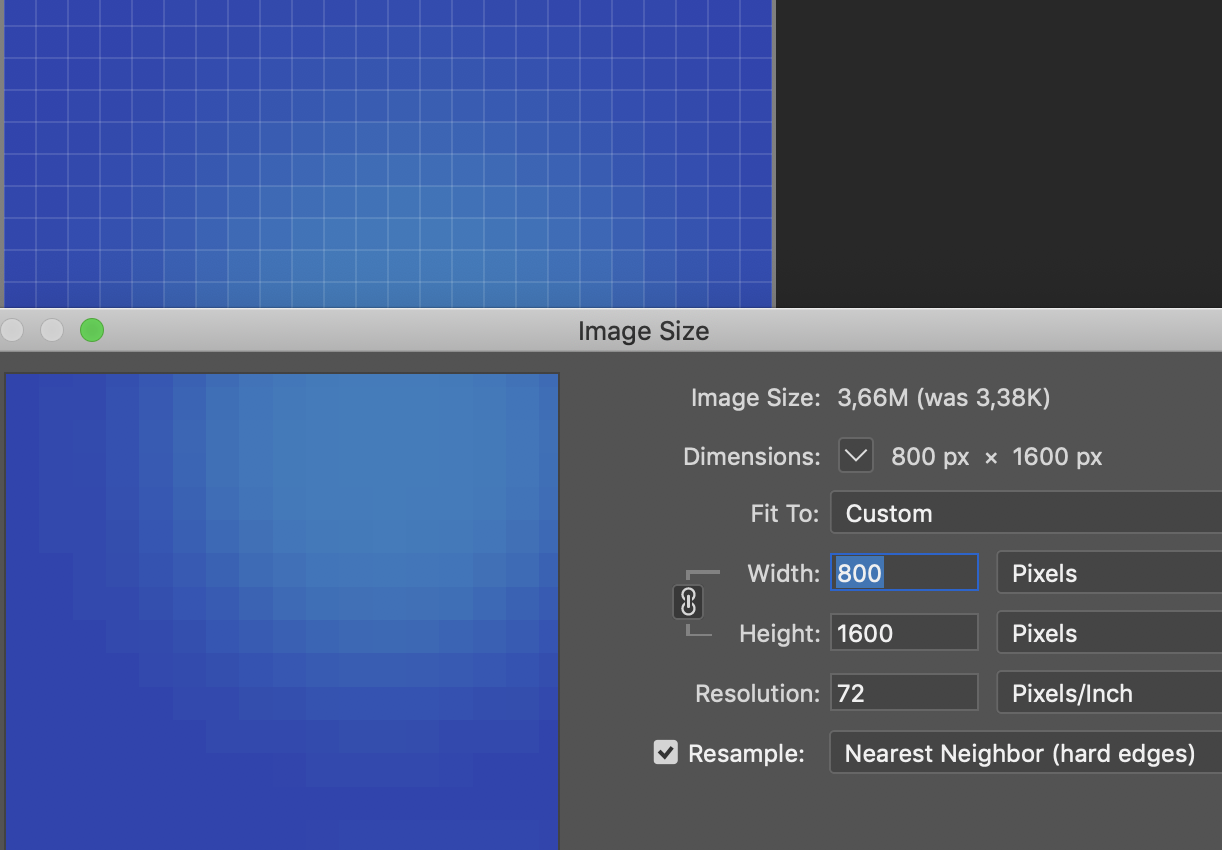 Start with a background with the size and resolution needed for the flyer: 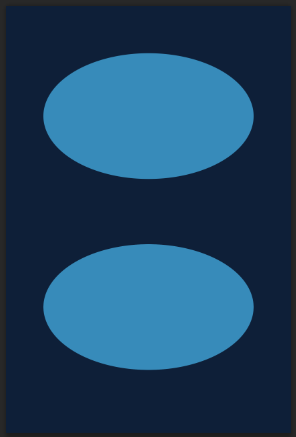 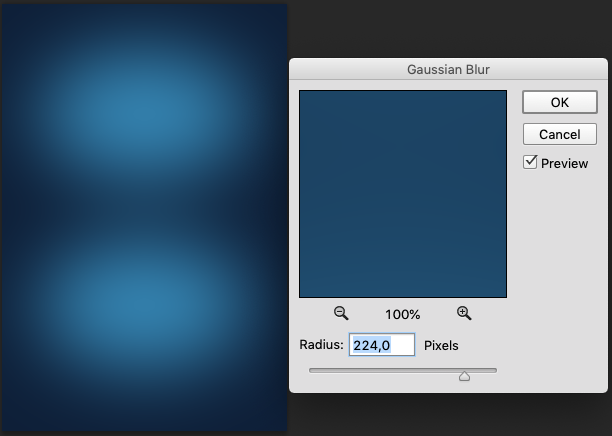 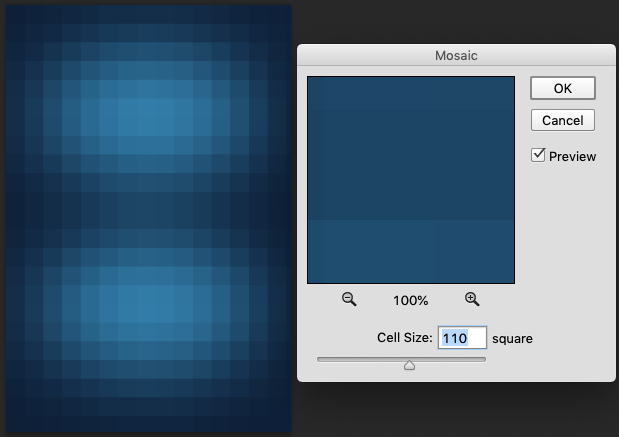 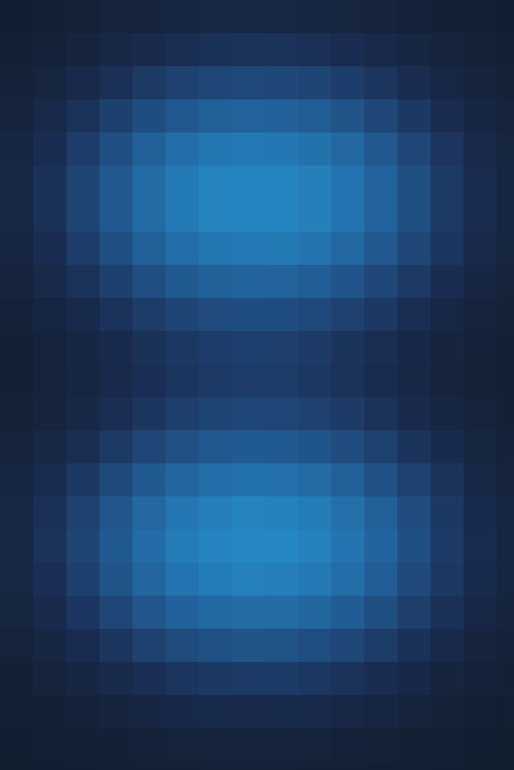 I'm just gonna toss this one up here - was working on this for a little bit whilst apparently this query got answered and accepted - and a good answer too.

Mine's similar to @Luciano's, but I worked my approach entirely in Affinity Designer.

First I made a base pixelated background document, very small, for-web, 26 pix wide, then laid out a background rectangle and two ellipses - coloured 'em and applied a gaussian blur to the two ellipses. 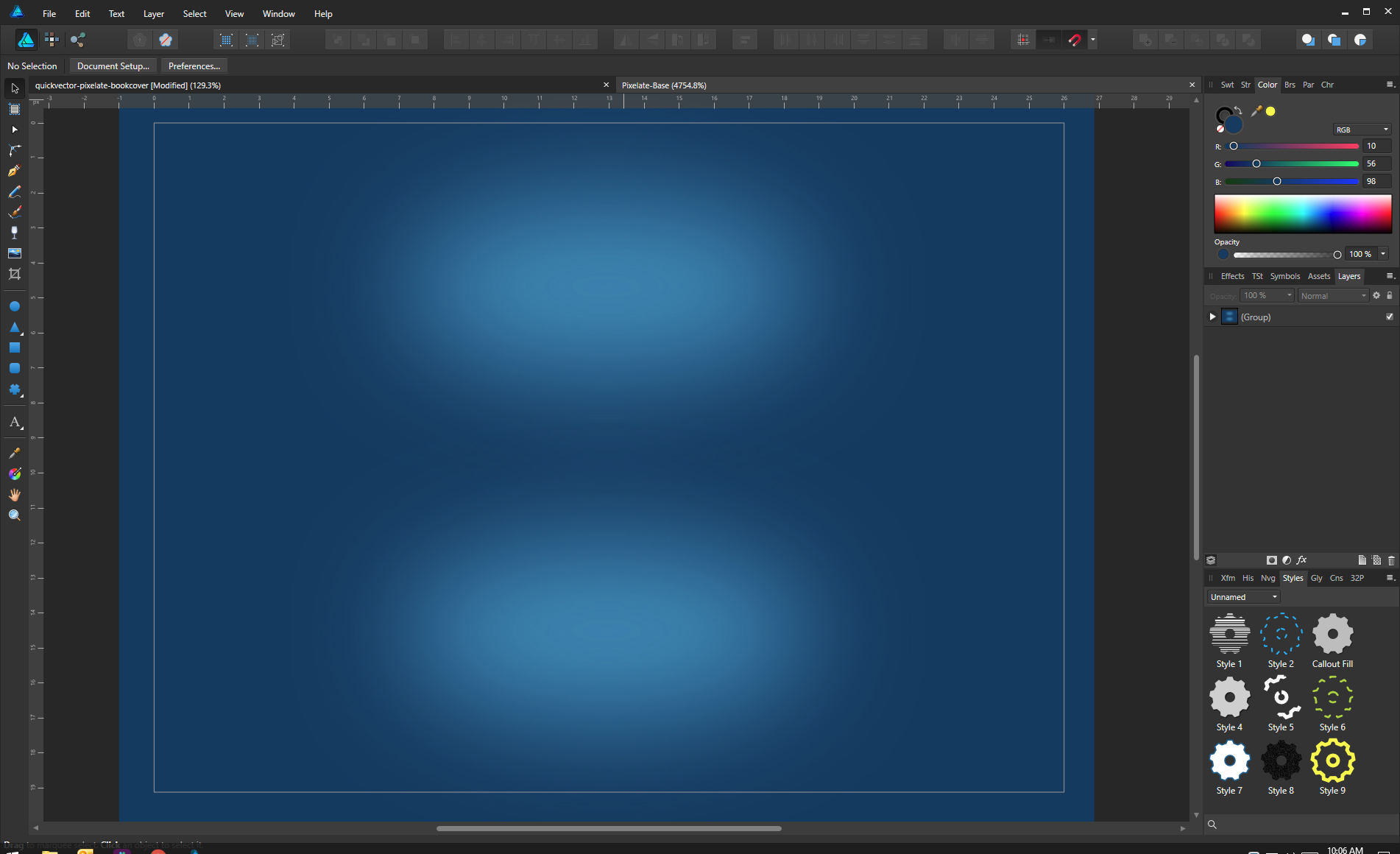 Turned on Pixel View to be sure it would look as I expected: 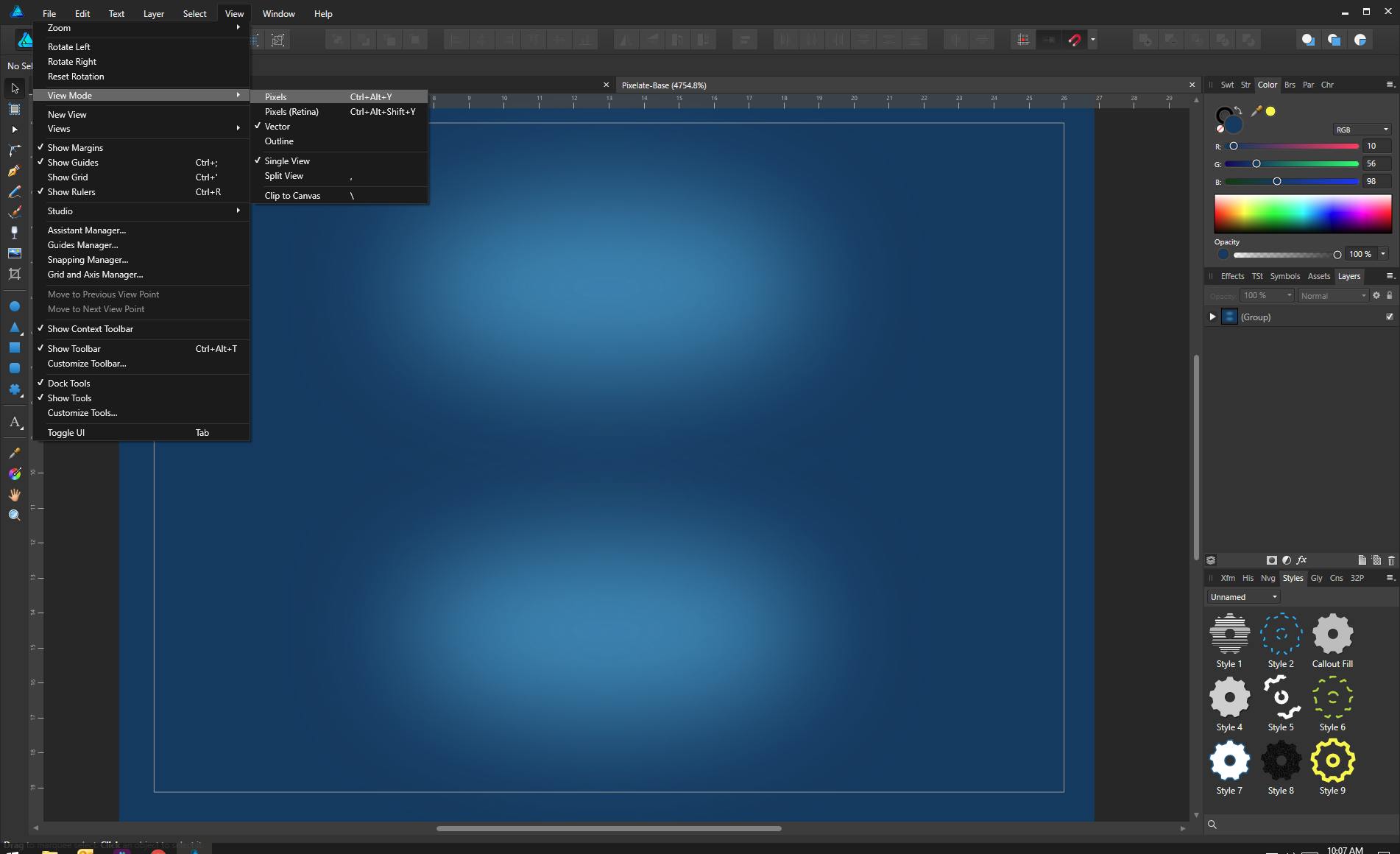 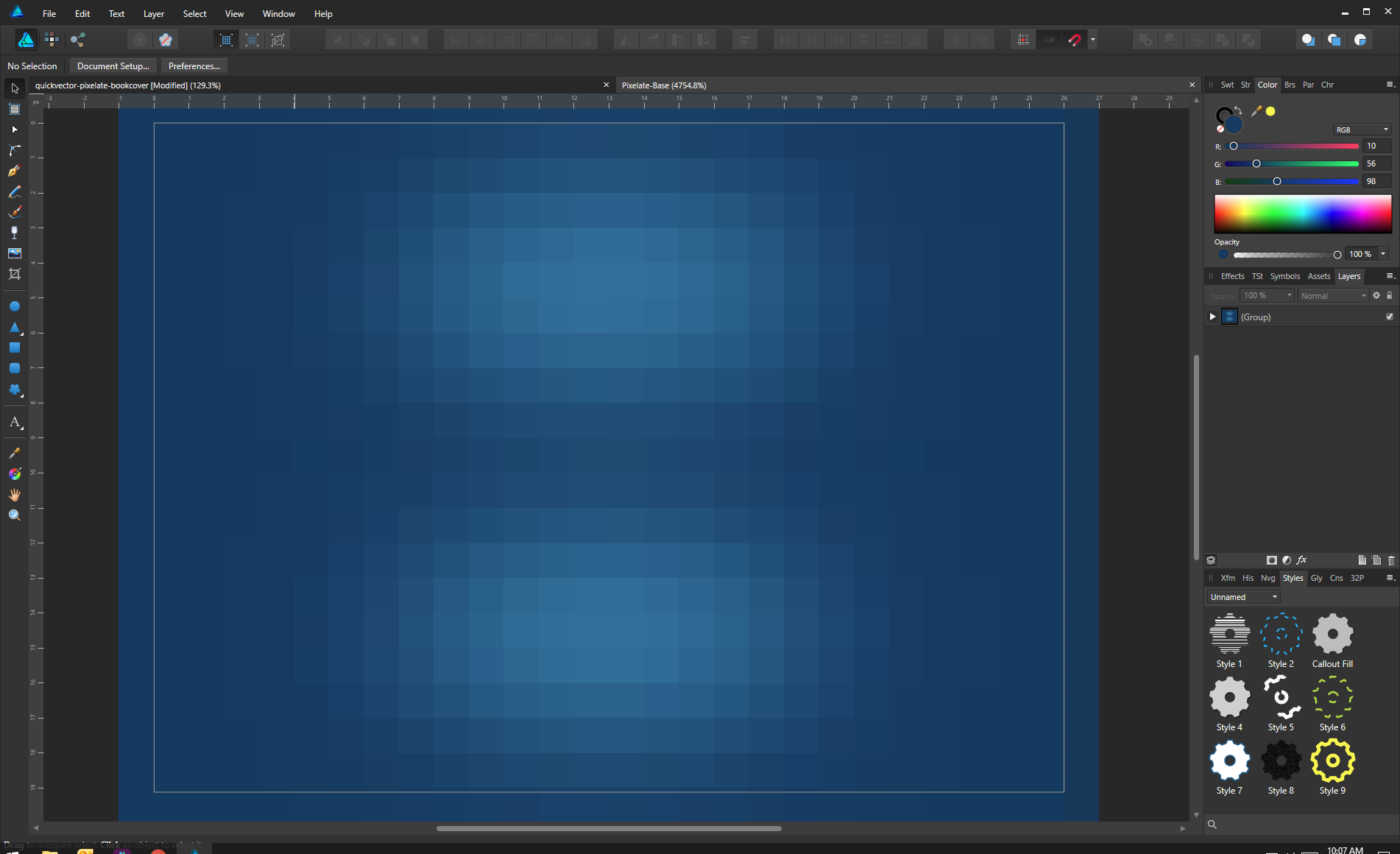 Exported that 1:1 as a .png, and placed that into the background of a new Affinity Designer file I drew the layout and other vector design elements in: it's rough and unfinished, clearly, but you get the idea: 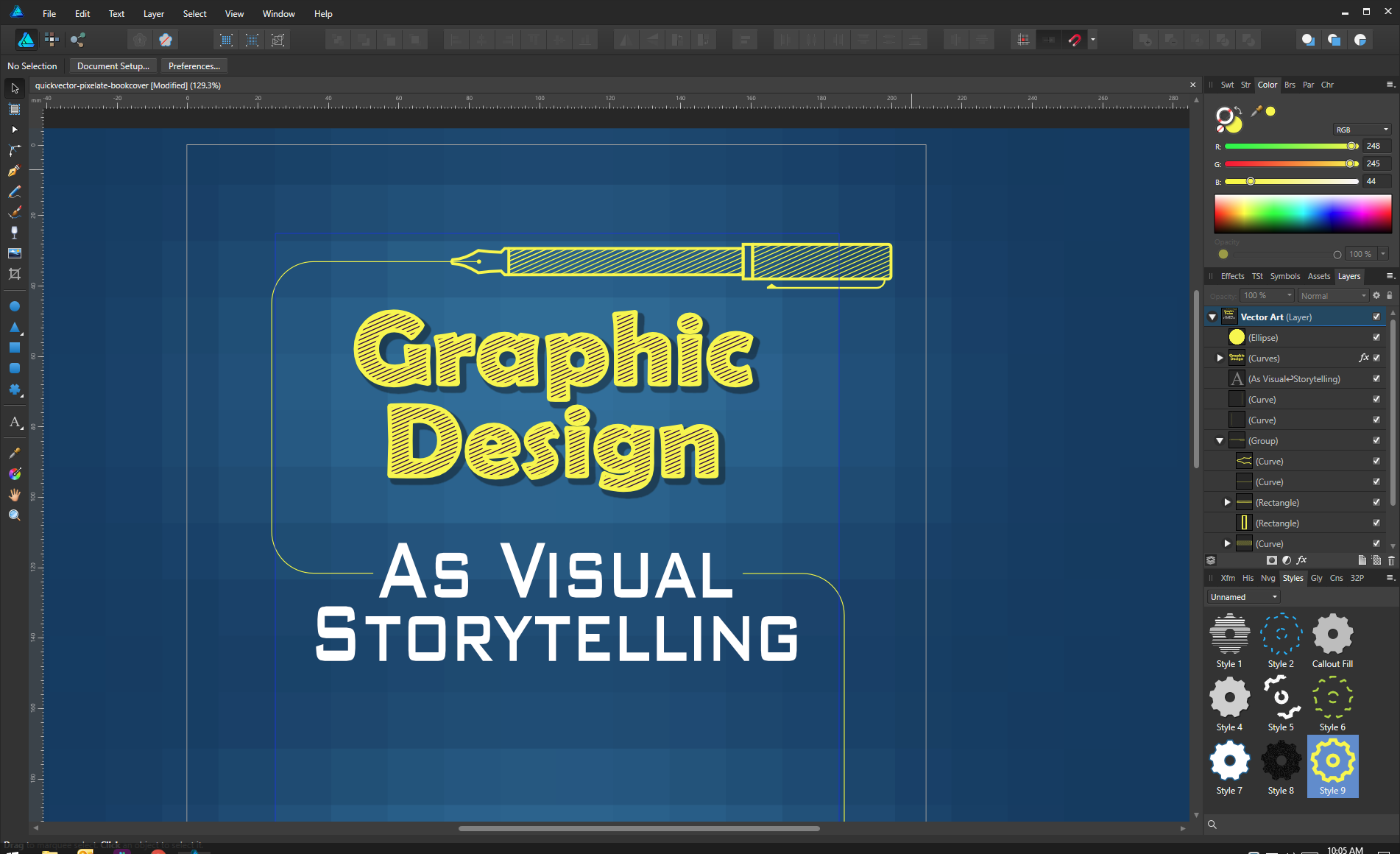 0
Create a banded gradient in Photoshop?