How to make shapes like this in Affinity Designer? 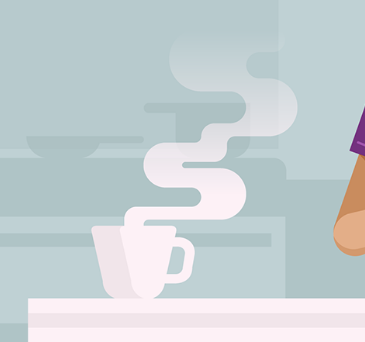 What are the easiest way of making smoke or clouds of such shape?

Other than drawing the whole thing with a pen tool or subtracting rounded rectangles from bigger rectangles and then smooth the joints?

Is there an easier way to do that?

I'm using Affinity Designer, but feel free to describe the process in Illustrator too. I'm hoping it consists of some method that is common to both applications.

In Illustrator CC, you can draw straight horizontal and verticle lines at right angles by holding down Shift as you use the Pen tool to constrain the angles, and then use Live Corner Widgets to make all the curves.

As a frequent Affinity Designer user, I'd like to add an alternative thought about how to establish the initial geometry of the steam path - why not draw it with the pen tool as rectilinear, expand the stroke, use the rounded corner tool to get the nice curves - that way per-point editing for the width of the steam path ends up easily adjusted and the curves all auto-adjust without needing manual beziér handle hassles? 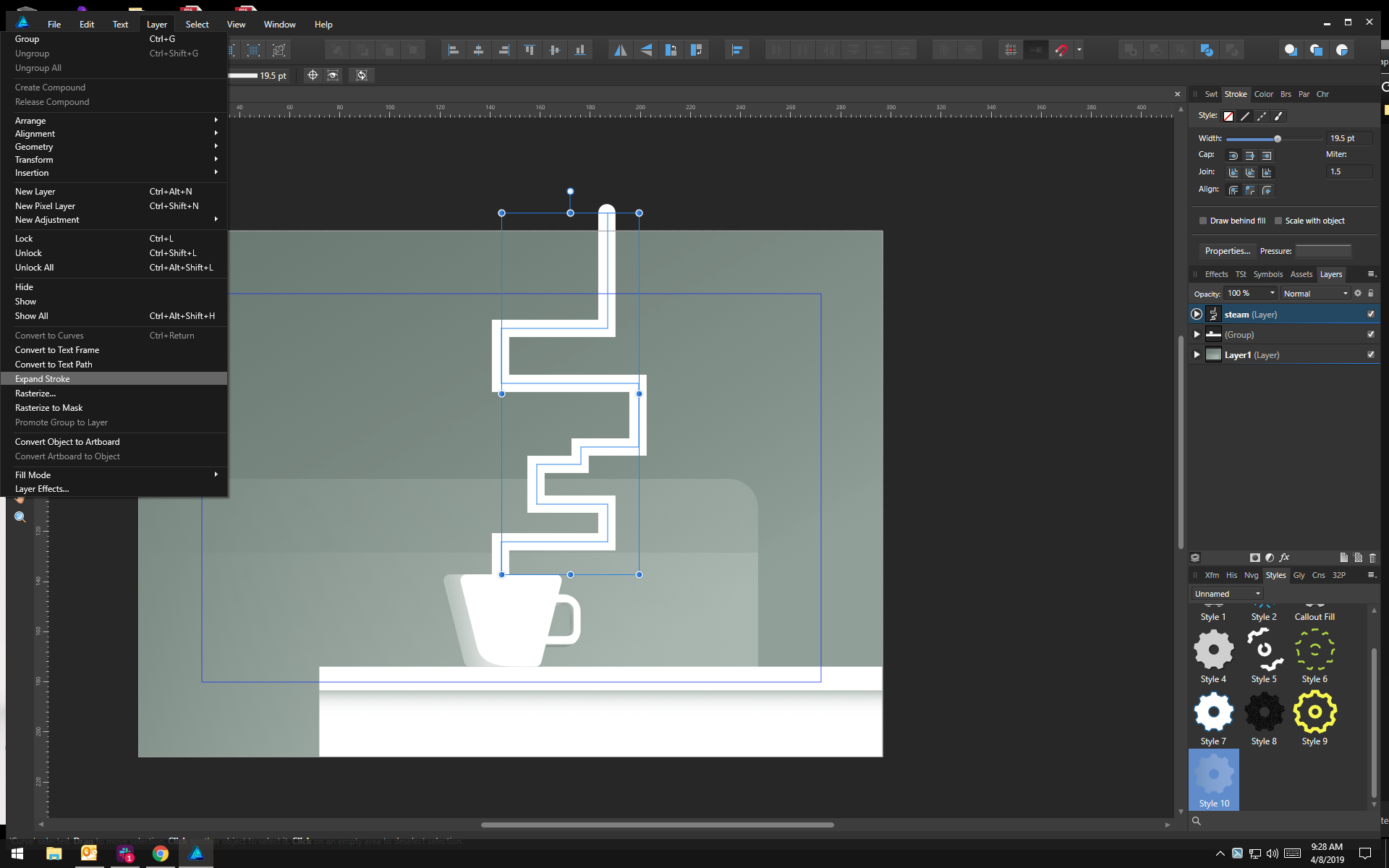 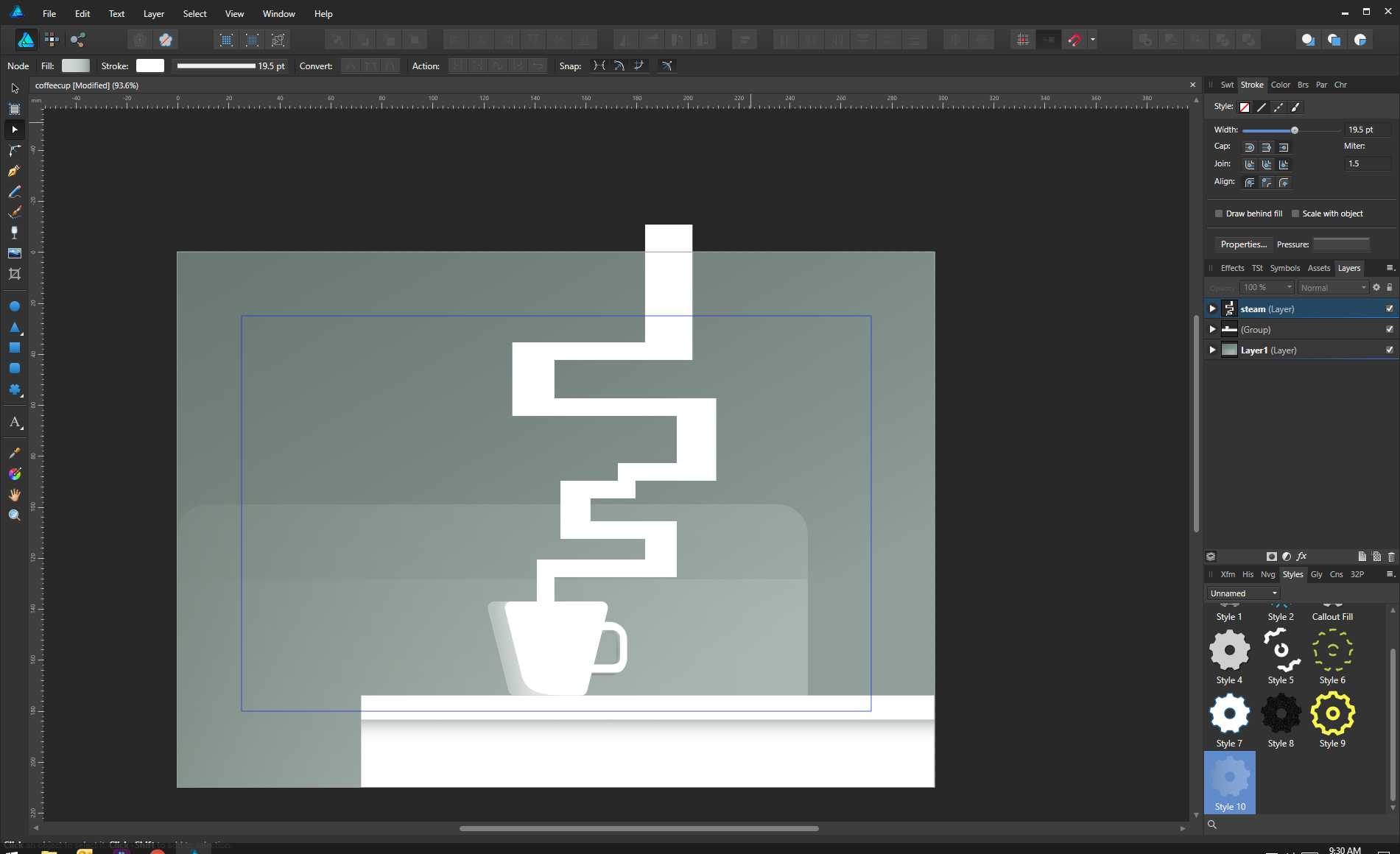 Use rounded corner tool to get nice flowing curves, but keep easy editability. 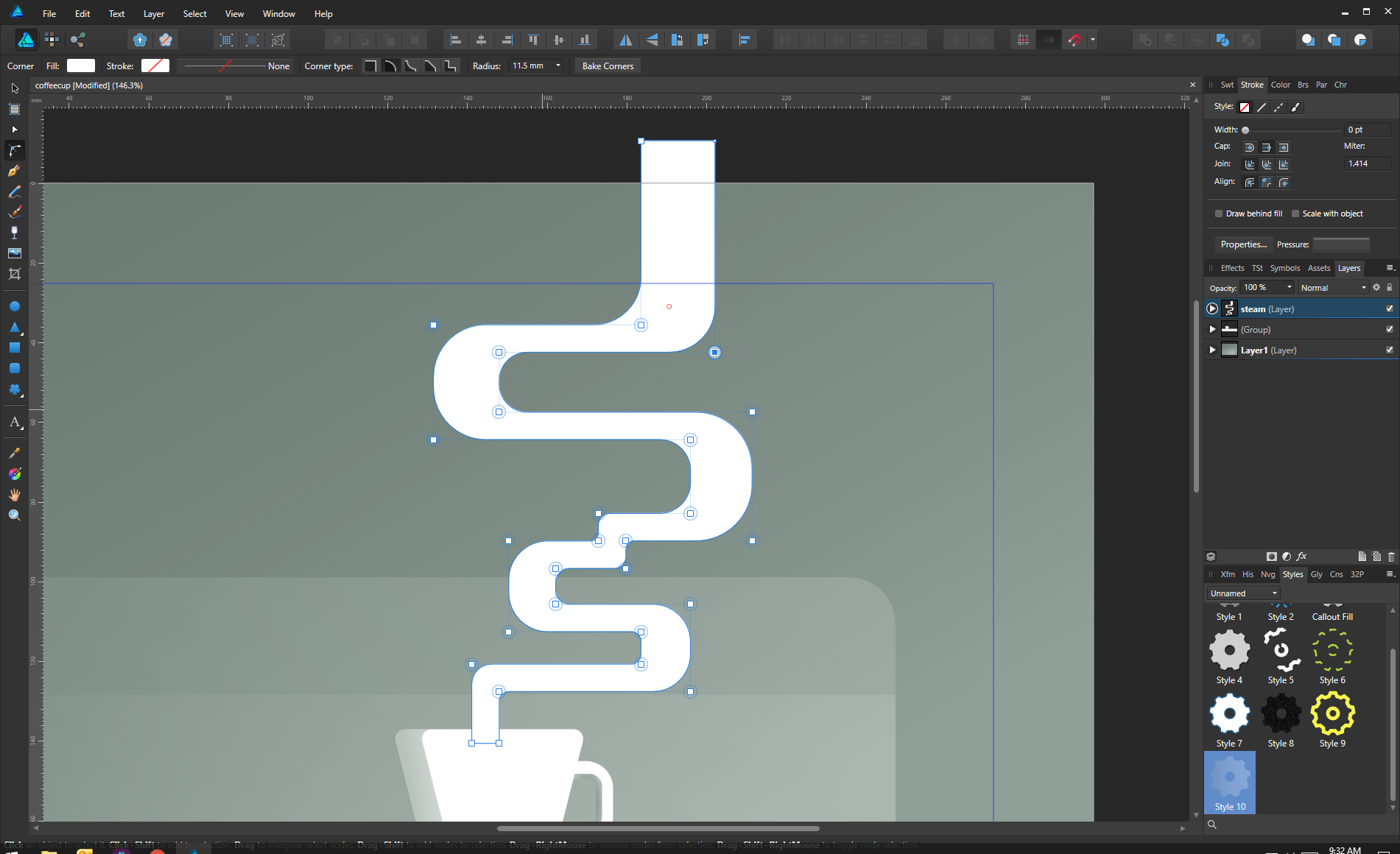 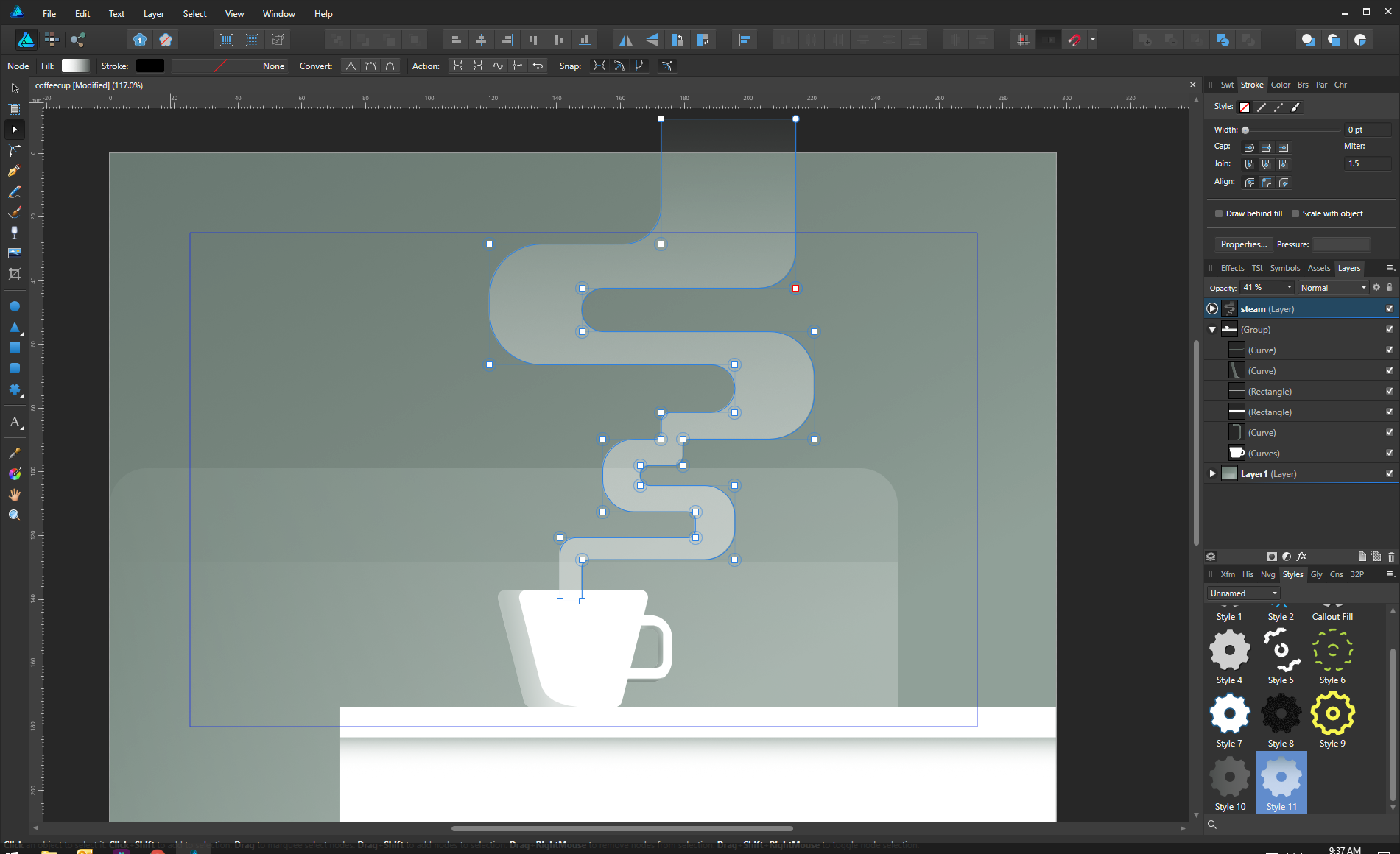 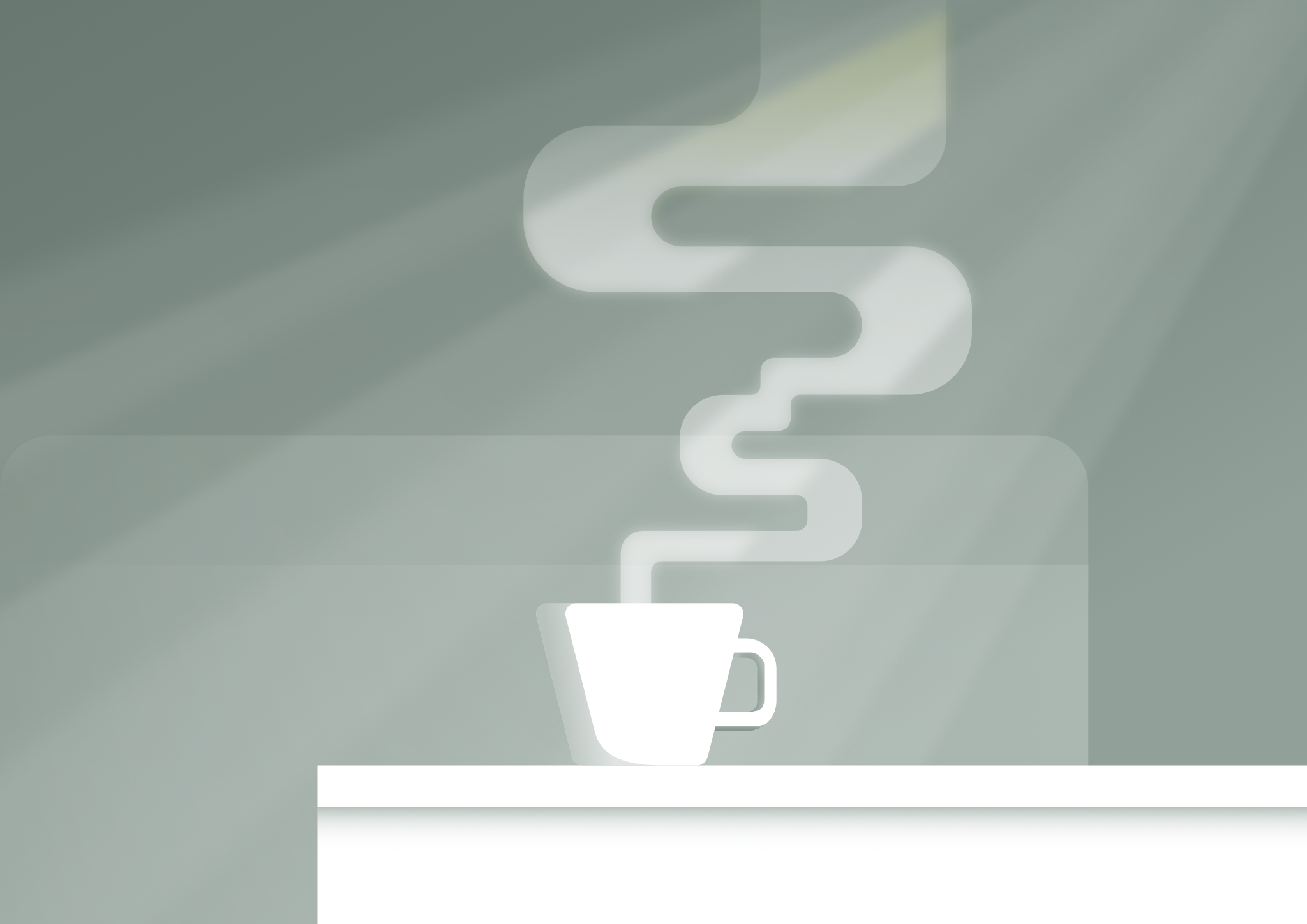 In Illustrator this is easy, if you can imagine it or if you copy it by drawing over the example image .

What to draw, if the pen is considered too difficult? At least one can draw easily a bunch of vertical and horizontal lines. As easily (with smart guides=ON) one can draw full circles which have the material for the arcs. The lines were drawn at first, they were placed after drawing. The circles snap easily to lines: 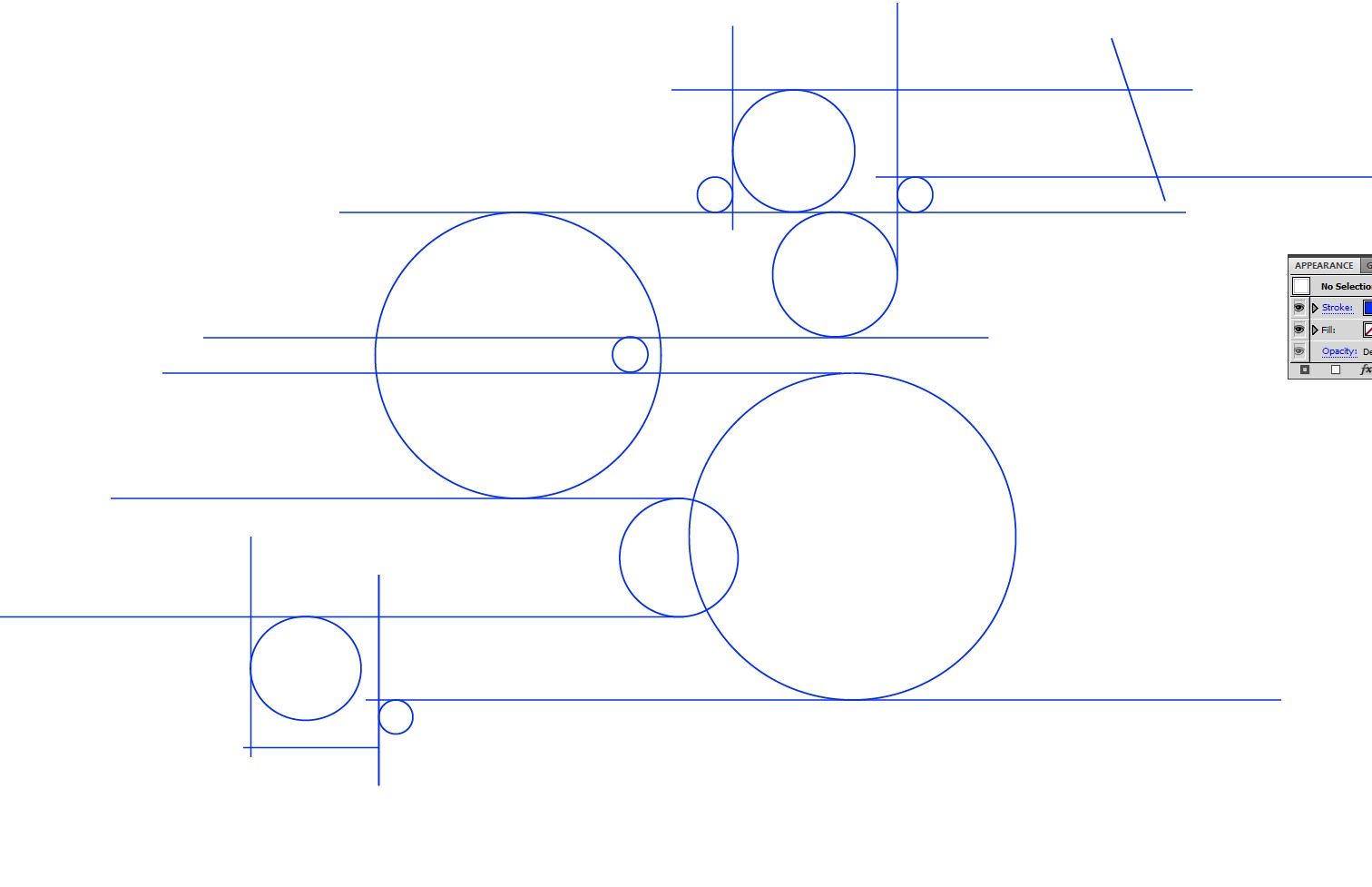 (Do not think I drew this from memory, I had your example as locked on my artboard)

Then combine the areas with the shape builder: 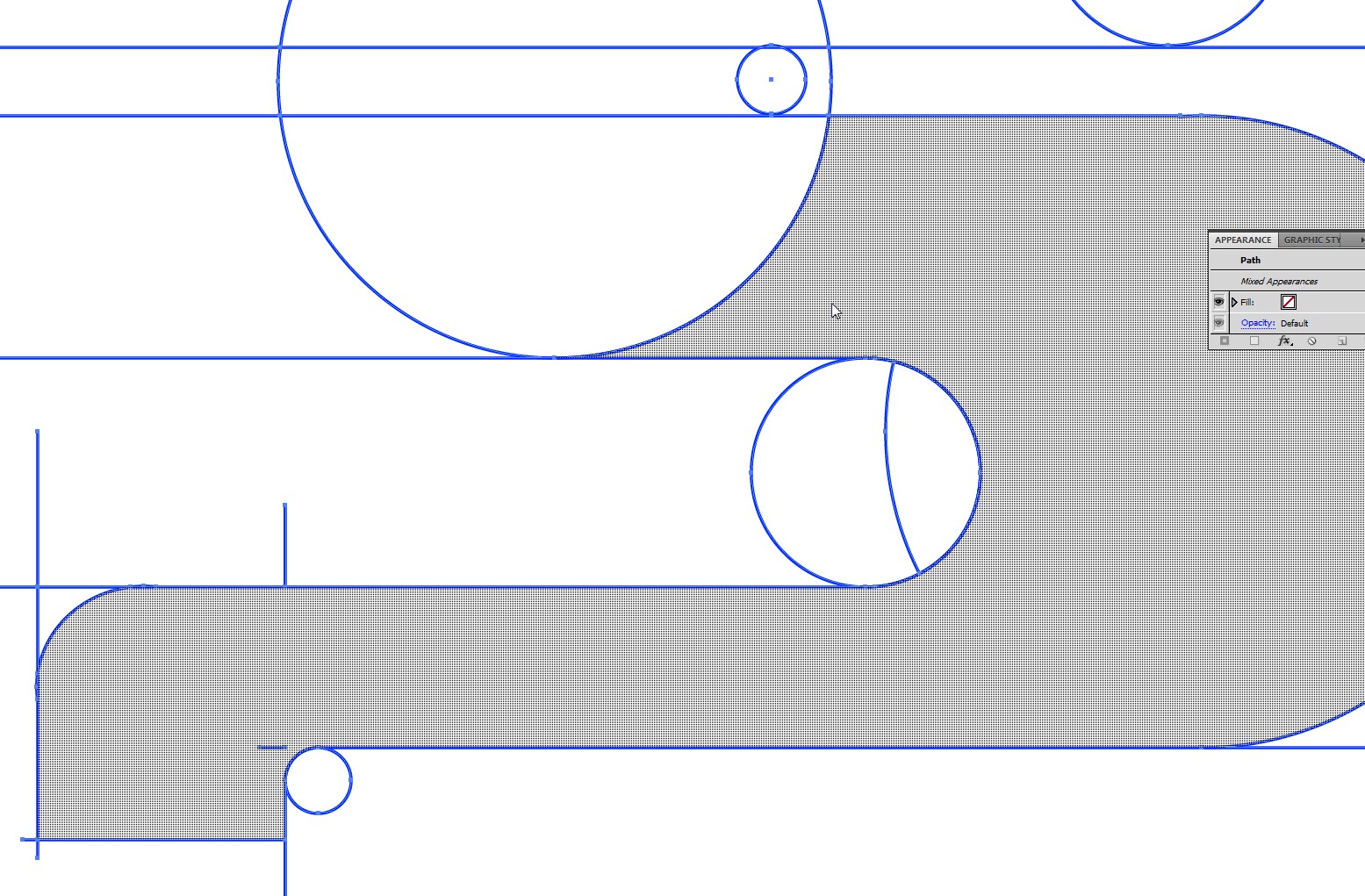 The final shape is moved aside and filled with a gradient:

The blue remnants are useless, they can be deleted.

ADD: I'm quite sure this is not repeatable in Affinity designer. There's not anything which combines areas between paths like the shape builder. 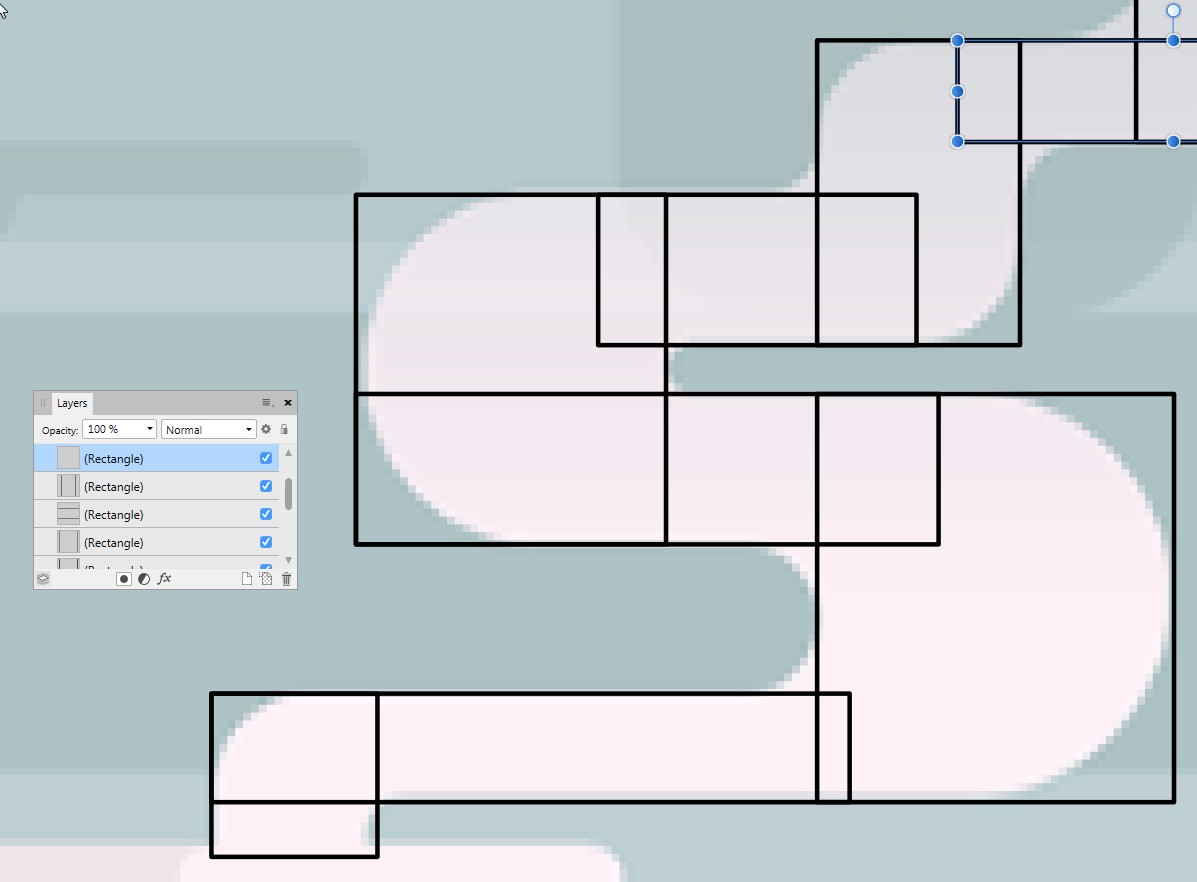 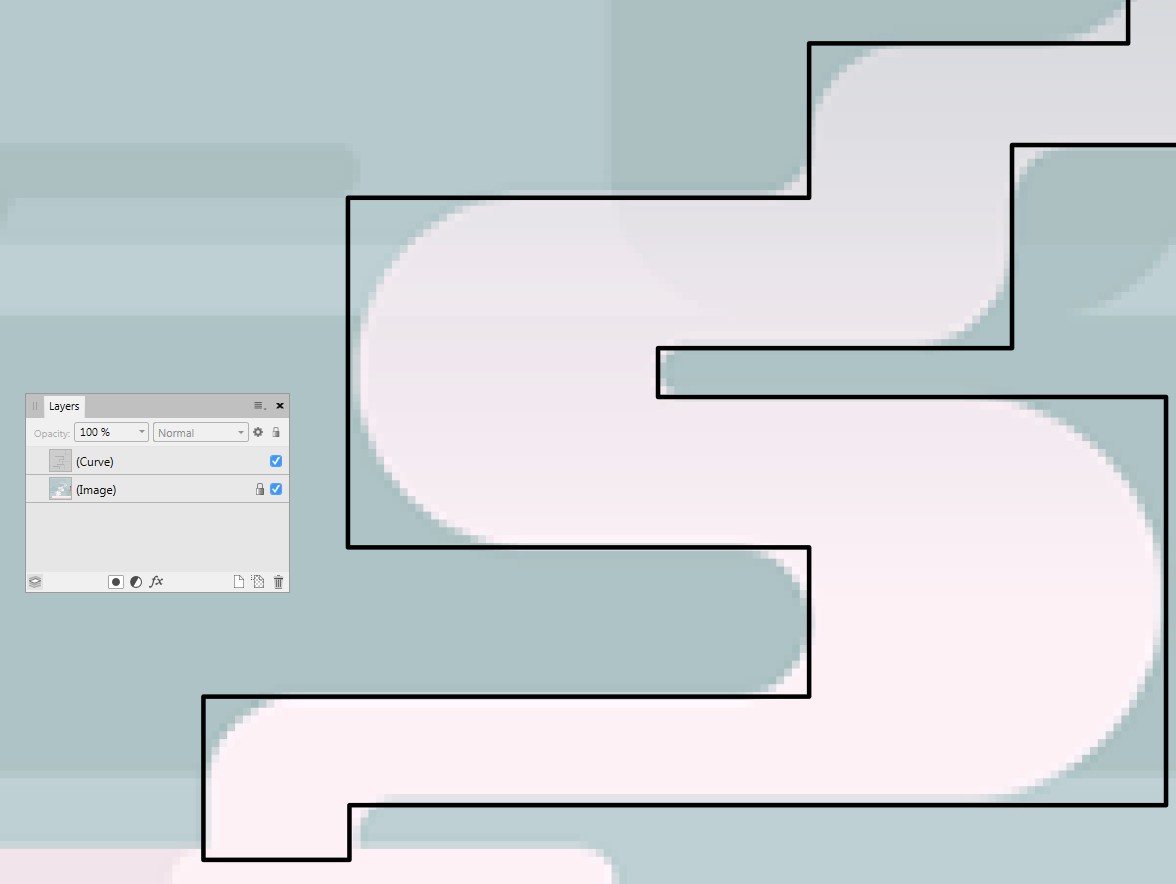 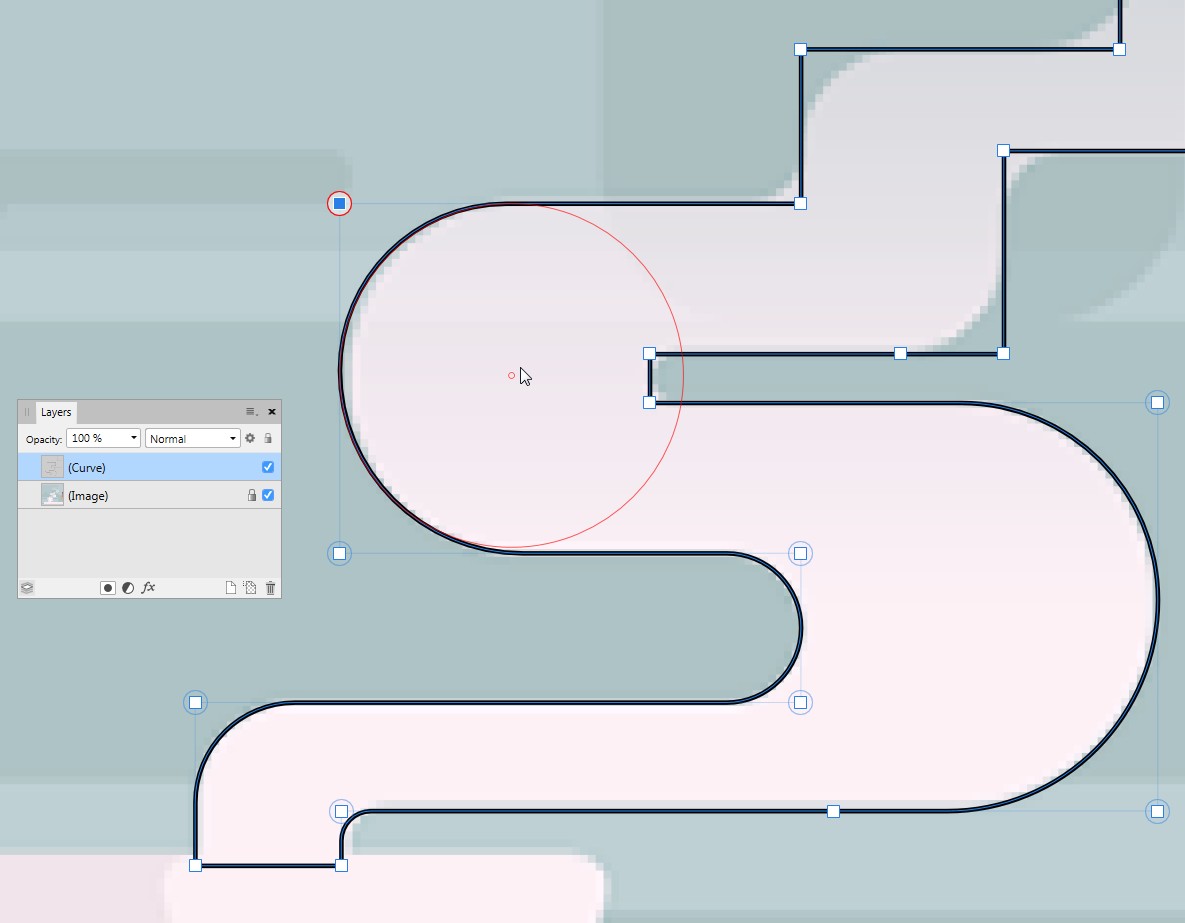 Not the answer you're looking for? Browse other questions tagged adobe-illustrator vector shapes affinity-designer or ask your own question.