I've just converted a colored picture with Akvis Draw into a sketcked picture. Now,what I want to do is to draw the missing lines by hand,closing perfectly the figure. The next step will be the automatic coloring of the empty space with a click using Windows Paint (or another similar tool). But,to do that I need to make the original picture a little transparent because I want to draw over the destination picture being able to see the original picture that's behind. In this way I can easily close the missing lines. Which kind of tecnique and tool do you suggest to use ? thanks. 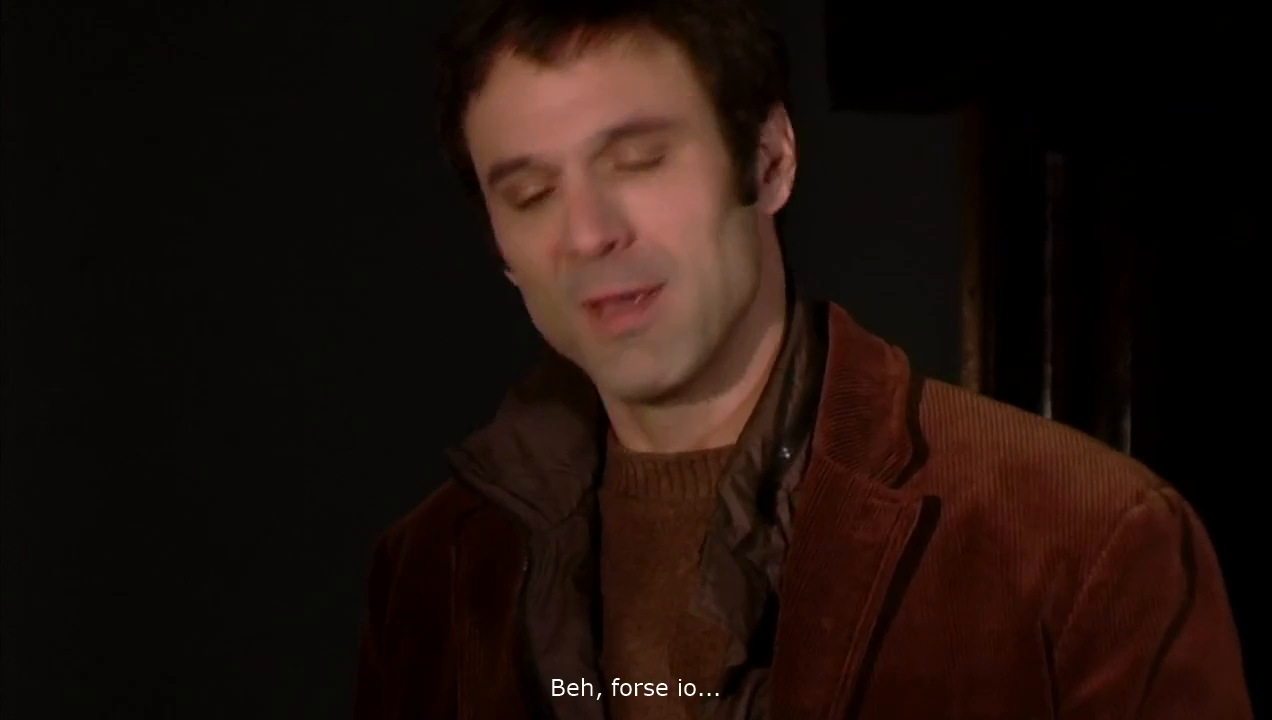 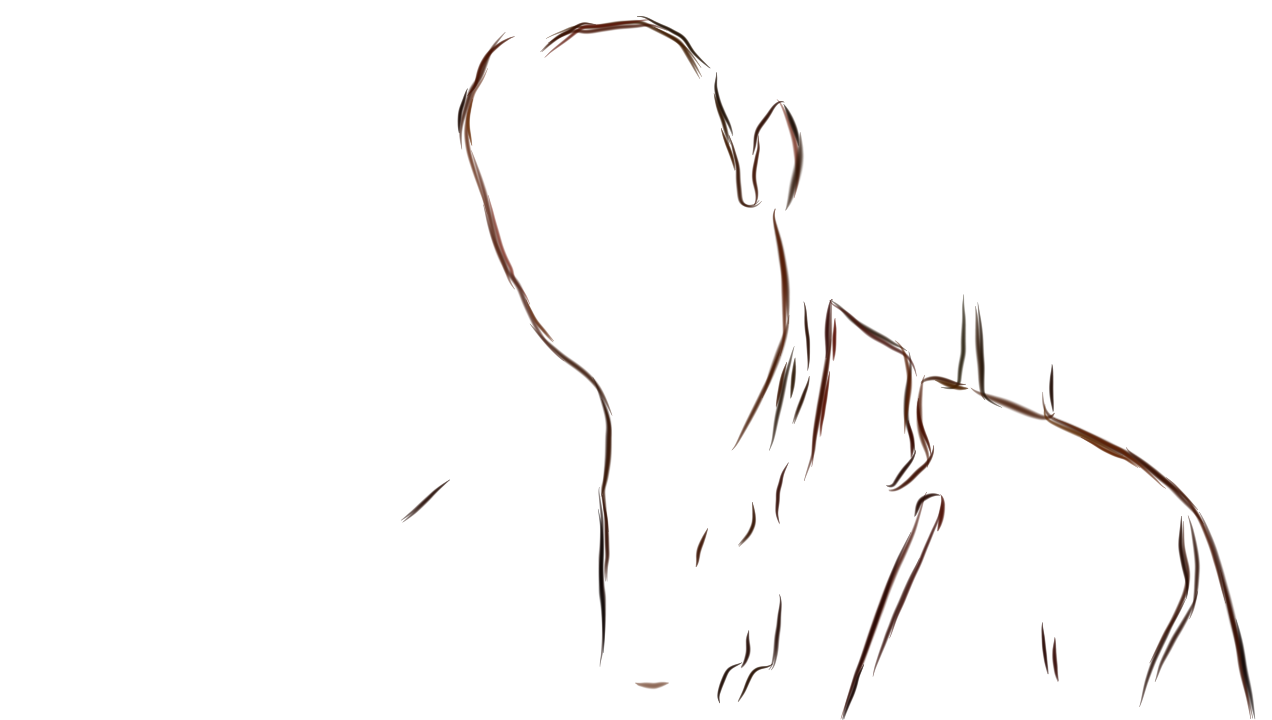 Akvis Draw is photo to (fake)drawing converter and quite advanced one - at least if one believes on their flashy advertising. You have left only some main outlines and scrapped nearly all possible surface shadings. But that's your decision.

A.Draw outputs a bitmap image. You can do the wanted job nearly in any multilayer image editing program. I guess you do not have high cost mainstream graphic programs such as Photoshop and you aren't going to purhase nor rent one.

I suggest you to try freeware. Get Paint.NET or Krita. They are simple to use, Paint.NET especially. GIMP is substantially harder to get started, but it has got a massive amount of add-ons for demanding users.

Even free vector graphics program Inkscape could be recommended, if you could fight yourself over its steep learning curve. If you aren't familiar with vector graphics, keep it as a separate project.

In Paint.NET you simply put the photo and the created "drawing" to different layers and make the upper of them partially transparent. You can open 2 or more files at the same time and copy stuff from one to another.

You can draw more to third layer which you have created on the top and keep all what you have intact - just in case of an error or to have a possiblity test something else. That's the basic benefit of multilayer programs. You can combine layers later, if you want, but as soon as one has got used to layers, he understands that the multilayer version should be saved, too.

You do net need Windows Paint, because Paint.NET can be used as well for coloring.

Transparency isn't the only way to make different layers visible at the same time. Multilayer programs have various layer blending modes. Here the upper layer is inverted to make lines white and the rest of the image black. (screenshot from Paint.NET). It's blended with the photo with mode = Additive:

Not asked: You will quite soon find that it's very hard to insert own lines, curves and colorings to an already existing base image so that the style fits. Clunky drawing tools such as computer mouse will make it many times harder.

Graphics tablet will remove a great part of those problems which are caused by the coarse response of ordinary mouses. But if you want to develop your drawing skills, pen and paper are superior tools both in price and accuracy.

I wouldn't at all try to insert strokes, if I for some reason have to mangle a photo to resemble something self-made. I would use simplifying (=edge complexity and number of colors reduction filters) at first. Then I must fill nothing, filters make filled areas. Often they make too complex borders, which must be simplified manually. An example: 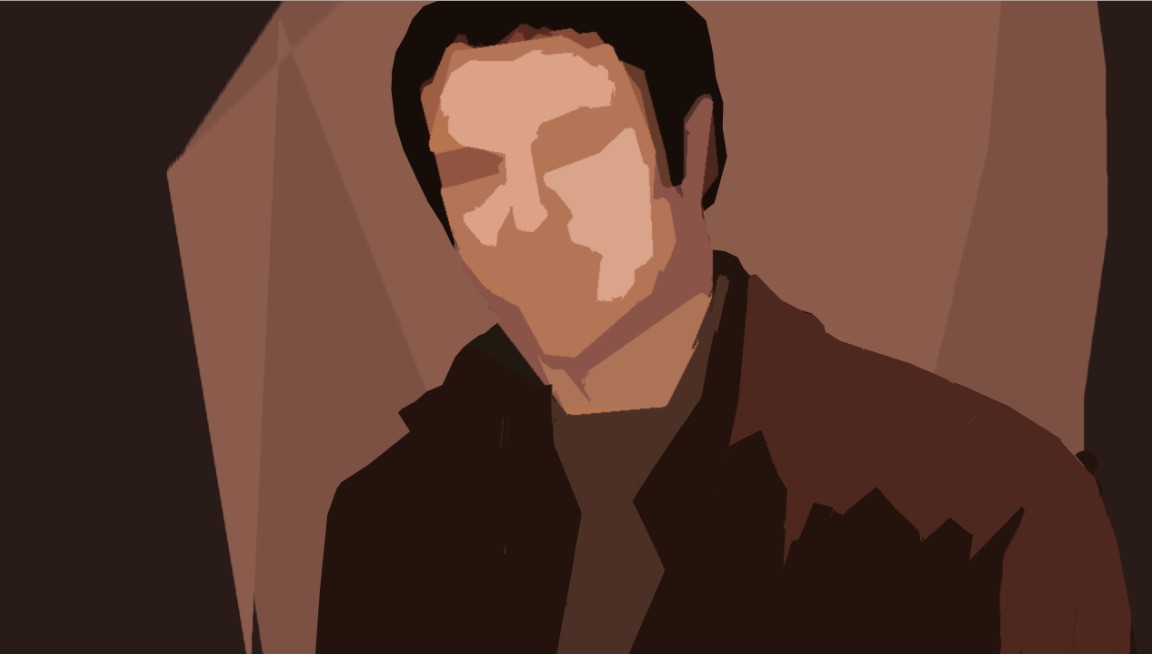 I have no right to use grabs from movies nor generally anything for which I haven't a written and signed permission to use. Technically even this image can be illegal because its based on an image that I do not own. If I publish recognizable images of celebrities or copy existing art, I take a risk of collecting a hefty bill. This is one reason for the removal of face features. Another reason is the difficulty of making them plausible and good looking.

The image has got heavy manual detail reduction after applying a color simplifying filter. I have made polygonal lasso selections and refilled areas (=pushed with smudge brush against selection border) with single color to get simple clean borders. The background is totally repainted in this elementary way to make the subject better visible. I have left some original filtering results around the eyes and nose.

Not the answer you're looking for? Browse other questions tagged photo-editing drawing image-editing or ask your own question.

6
How to draw a pony?
5
How to make a picture look like it's torn off?
4
How do I draw straight lines tangent or perpendicular to a path?
2
How did Jony Ive draw the curved lines along the edge of this pen so evenly spaced together?
12
How to efficiently draw bent or curved lines or arrows with Photoshop?
3
What applications support automatic freehand smoothing?
2
How can I paint over a picture or a 3D model in Photoshop?
0
How to Draw with the pen tool a shape with ended lines inside? [Affinity Designer]
2
How do I create a fuzzy fade-out-to-transparent blur effect on the background of an image in PhotoShop