How can I find anything about this effect?

I find this great image of VCR OSD Mono, but I dont have any idea, whats the name of the effect: 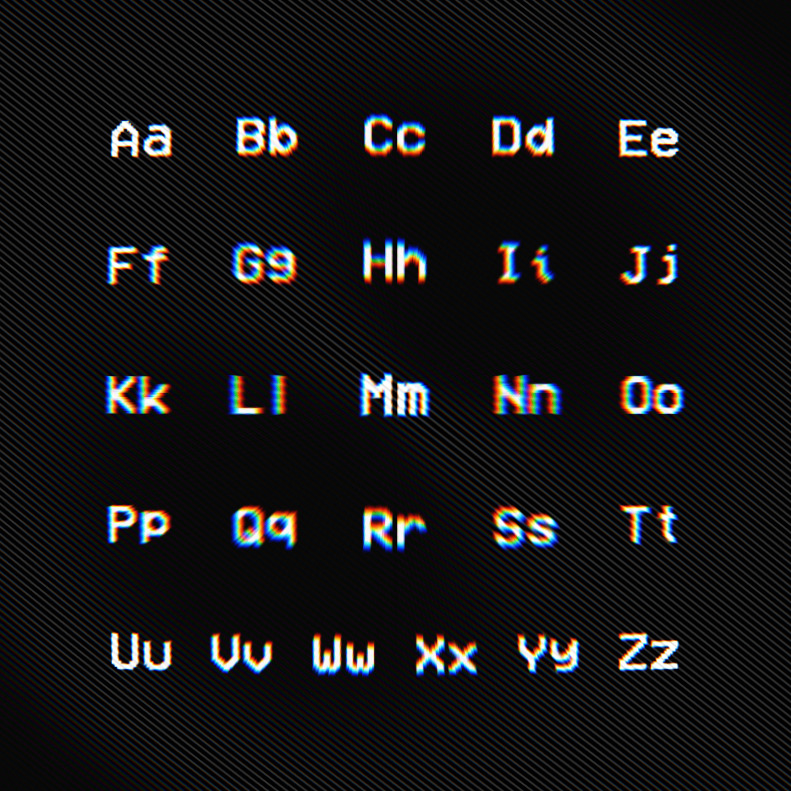 Same looking phenomenas which are not software effects:

In all cases red, green and blue components of white light do not meet exactly in the same places.

In glass the reason is wavelength dependent light propagation velocity. The name of the physical phenomena is "dispersion". It occurs in glass and many other transparent solid and liquid materials. In lenses it's generally considered to be an error (=chromatic aberration) due poor design or cheap glass materials. In prisms it's intentionally used to split white light to colors. In the nature we see it for ex. as rainbows.

In CRT displays the reason is a fault, poor manufacturing tolerance or disturbing magnetic field (=a common practical joke in the era before flat displays)

One would perhaps like to add to the list poor color registration in printing, but I leave it out, because your image seems to have RGB displacement, not CMYK.

In photoshop or other bitmap graphics software the effect can be made by shifting R,G and B channels a little apart. It's discussed in this older case:

How can I recreate this holographic iridescent water effect in Photoshop?

In vector graphics program the effect is easy if the program has blending mode ADD. Simply stack three copies of the same shape, but shift them a little apart. In the next image there's three A-letters: red, green and blue. They have blending mode=ADD. 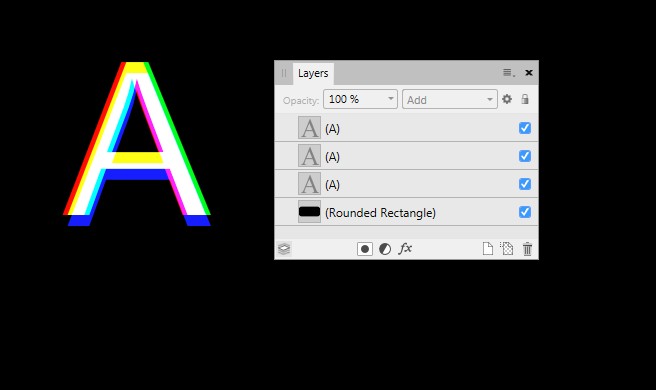 The screenshot is from Affinity Designer. My legacy Illustrator hasn't blending mode ADD, but the result is at least subjectively quite same with blending mode SCREEN.

Not the answer you're looking for? Browse other questions tagged fonts font-design lighting-effects or ask your own question.

6
What is this shifted red and blue effect often seen in VR called? How can I achieve it?
1
How can I recreate this holographic iridescent water effect in Photoshop?
0
How to recreate subpixel anti-aliasing like Windows Command Prompt

2
Where can I find a similar font?
2
What is this font effect called?
0
Beauty font, can someone help me to find this font?
2
How to create light cone and haze effect
21
Which font's digits resemble Nixie tube digits?