How can I analyse this SVG image downloaded from the web?

While I was looking at some designs of some websites, I came across a beautiful SVG background:

I wanted to inspect it so I downloaded it. By no means I want to use it my own works. I would only like to look on how it is done technically so maybe I can use the same technique.

However, as soon as I opened it in Inkscape, I do not see the original image, but just the blue background: 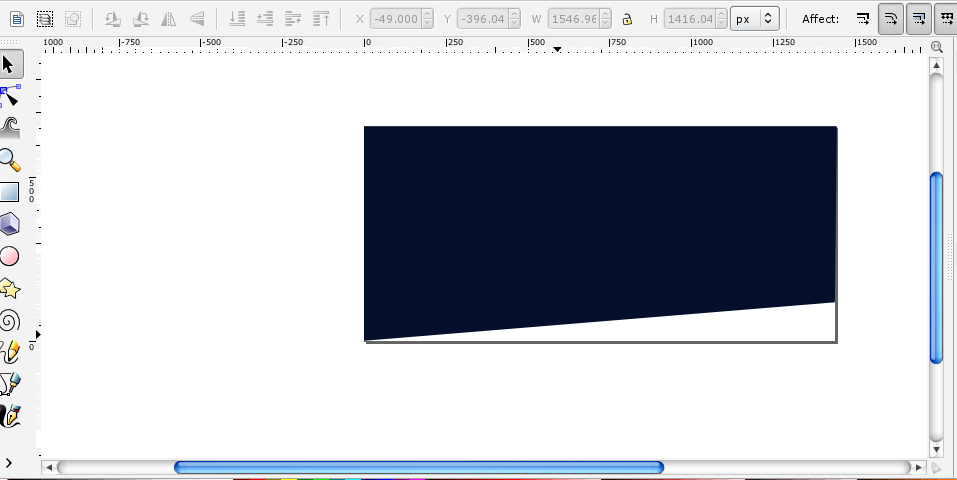 Why does does the blue background appear when I open it with Inkscape? How can I view it as I see it in the browser? Is there some kind of protection of which I am not aware of? If so, how does it work? (maybe I can use it too for my own SVG files...)

I repeat, I don't want to steal anything; I just want to take a look and see how it is done to learn something new.

I could make the pattern visible this way:

And now all was fine.

SVG files are finally plain text. A person who has programmer's thinking and knowledge can read it for ex. with text editor. I skip it.

Analyzing the SVG code and knowing how different application programs interpret the code is the only way to understand it properly. Checking the layer- and object structure tree in a graphic program isn't primary information, it's already interpreted once.

Inkscape, Affinity Designer and Illustrator all presented your file differently in their layer&object panels. They also rendered it differently. Inkscape made only a dark distorted rectangle as in your screenshot, others show also some blue shapes, but differently.

Check it in Inkcape's objects panel. It has obscure grouping. Remove it with Extension > Arrange Deep Ungroup. The wanted coloring becomes visible, but clipping mask vanishes.

After ungrouping your image contains gradient filled partially transparent paths and a path with solid fill.

The structure seems simple, but the gradient fill is somehow fixed to the original group placement, it doesn't move when one moves the gradient filled shapes. Redefining the gradient in Inkscape corrects it. Ungrouping didn't fix the image properly.

I bet you have found something which is defined in SVG specs ambiquously. This is only a non-programmer's guess.

Not the answer you're looking for? Browse other questions tagged inkscape svg background browser or ask your own question.

6
How to create SVG for good typography on the web without buying Illustrator?
4
How do I make SVG files more transferable from Inkscape to Illustrator and viewable in Chrome?
3
Export from Sketch - vector to SVG strange output
1
How much SVG is too much SVG?
3
Svg letters from Inkscape to html
0
Creating svg with inkscape result in bad quality when scaling
0
Only Inkscape (and GitHub) render SVG correctly
3
How to edit an Inkscape file in Adobe Illustrator while preserving the aspects (fonts/placement/etc.) of the original file?
0
Inkscape - create SVG with white backgrond