How to create an effect like in the below picture?

I would like to know what kind of effect/filter applied in the below image (from an online shopping website) to look in this way. I'm a newbie to photo editing. 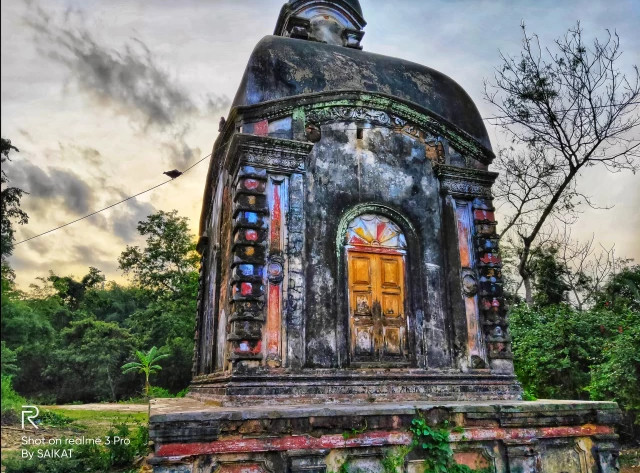 Your help is greatly appreciated.

The place you need to start exploring is HDRI images, and more specific, Tone mapping. Tone mapping is a step on the so-called "HDRI look". This increases the contrast of an image, but in a different way, that normal contrast does.

Normal contrast adjusts all the image in "a single pass"; the modification is applied to all the image; where Tone mapping analyzes zones, for examples the sky, which is on the bright side of the histogram on the image and applies one contrast on that zone. And analyzes a different zone, the stone building, and applies contrast there.

Remember that amplifying contrast also saturates more an image as a side effect, so the overall saturation can be a byproduct of the Tone Mapping.

That is on the "Photo editing" part. You can do Tone mapping on a single image, preferably starting from a raw image, but you also can stack several bracketed images to exploit the light from the original scene.

Take a look at this paper I made a while ago.

(Your question is a bit difficult to understand but here is my answer.)If you want to enhance your photos i suggest messing around with the threshold,colors and hue-saturation menu to bring out certain colors within the image.(Since I use gimp these are my suggestions for GIMP) Also i don't recognize any filters used in this picture.. It seems like a good camera to me.(Maybe they sharpened the image then adjusted the brightness. After that they could have selected certain colors within the Hue saturation and edited them to choose what colors should stand out the most.

In Photoshop add a hue and saturation adjustment layer and click on colorize. For the first part of the image you want to change, select the desired hue and other settings. At first the entire image will change. Now invert the mask color from white to black by selecting it, then hold down Comm on Mac or Control on PC and clicking on the mask. Now with a black mask, select a white brush with a soft edge and start painting on the parts to change. Then try different Layer Blend Modes. Repeat with new Hue and saturation adjustment layers with new settings.

Not the answer you're looking for? Browse other questions tagged adobe-photoshop images photo-editing mobile filter or ask your own question.

-1
How can I get this HDR or painted blur effect from a photo?

8
How to get this blur texture effect in photoshop?
0
How do I change the color of a certain part of my image?
3
What make the colors in this picture look soft?
1
How to Create Spray Paint Text Effect
1
How to replace a color in one picture with a color from a different picture
0
remove structured, 'honey-comb'-like noise from histology picture