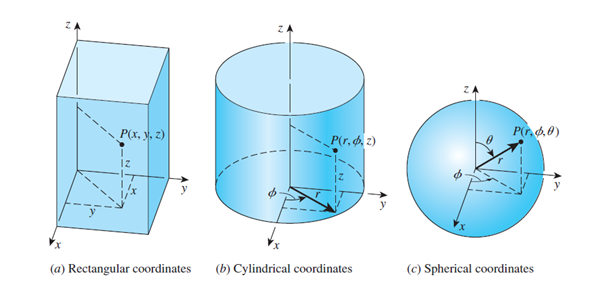 I tried contacting McGraw Hill asking what software they use to make such diagrams in their books but did not get answer.

I looking for software to draw such shapes. It needs to be GUI based (no programming). I saw a tag here for software recommendation so thought to ask, may be someone here can recognize what software could have made these or recommend something similar.

These drawings can be made in vector graphics programs as 2D drawings. I'm sure that the result is usable without exact projection nor perspective. Thus one can draw circles as ellipses and other projected things without calculating the right projection details.

Here's one approximately as complex drawing made in Inkscape: 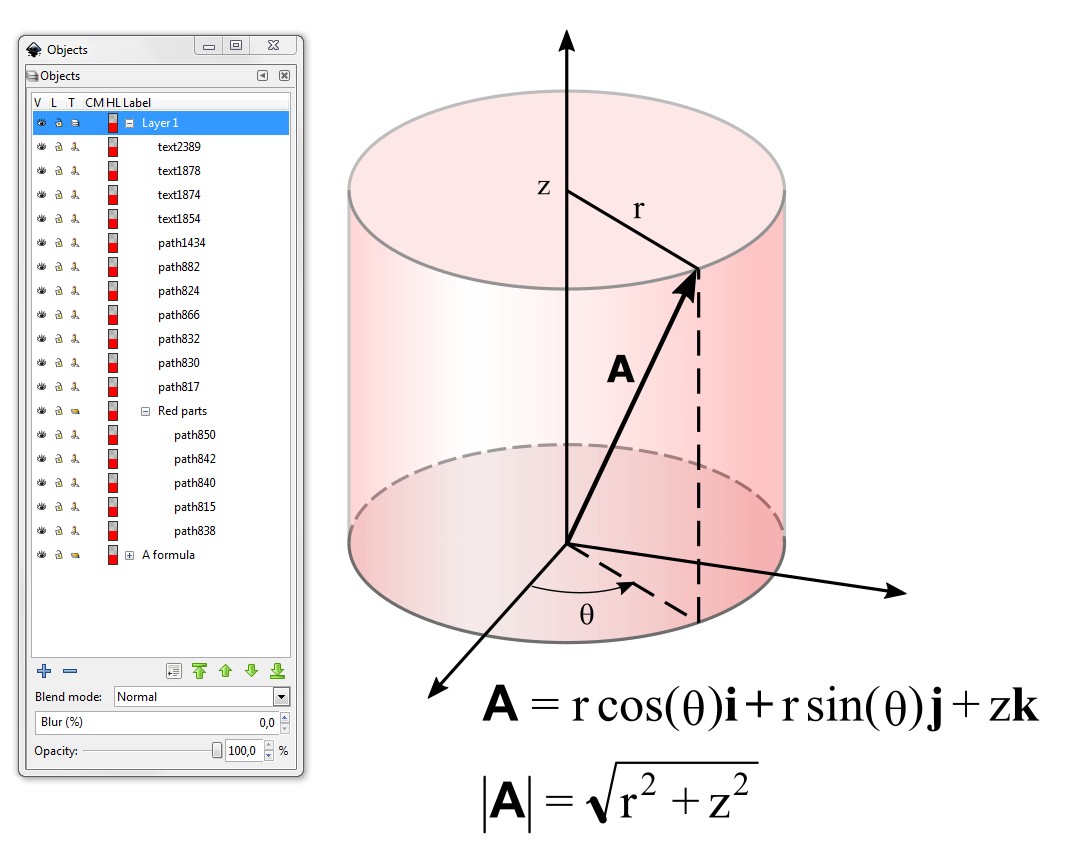 Inkscape is freeware. It's programmed by volunteers during a long time. This makes its user interface a little irregular when compared to Adobe Illustrator, but price=zero is a good reason to hold complaints.

Try Inkscape. It's a complex program, but work tutorials and have the user guide available.

If you make illustrations of math things, you need also formulas. In my drawing you see one attempt to insert them. They are not written in Inkscape, but exported from Microsoft's Equation editor.

In theory formulas are possible to be made as drawings, but in practice it's extremely difficult to place parts properly. Single line formulas can be sometimes written as text objects, but the result will very likely be inferior as soon as it's something more complex than A+B.

If you make a web search for "math formulas Inkscape" you'll find several writings of how to integrate LaTeX math typesetting to Inkscape. I haven't actually built such system, because the receipe is very complex. In addition Microsoft's system fits my purposes and quite low complexity tolerance. Unfortunately it's not faultless. If you check the formulas in my drawing carefully, you see easily irregular object placements and line thicknesses.

Easy to use math formula freeware:

It exists. Libre Office's drawing can be pasted to Inkscape and it stays editable. Unfortunately math formulas disintegrate to meaningless jumble when pasted to Inkscape as is. But there's a workaround. Converting formula to curves before copying and pasting prevents the explosion. That's not a big deal, because the editing would be in any case impossible in Inkscape. One must have the original formulas in a Libre Office Draw or Write document.

In the left there's a formula pasted to Inkscape "as is". In the right there's the same, but curved before cutting and pasting. I guess Libre Office's math symbol font "OpenSymbol" is somehow locked. Other programs can see it but cannot use it. Maybe there's a way to fix it.

These images are quite simple. Any 2D vector based program will do.

On each program, it could imply a slightly different way to do it.

Some of them have tools like a 3D extrusion for example. But it is not necessary. What you need to have in mind is to draw the basic shape and on this specific case, keep the proper lines parallel to what they are supposed to be parallel (Red). Duplicating the shape is a good start (Magenta) 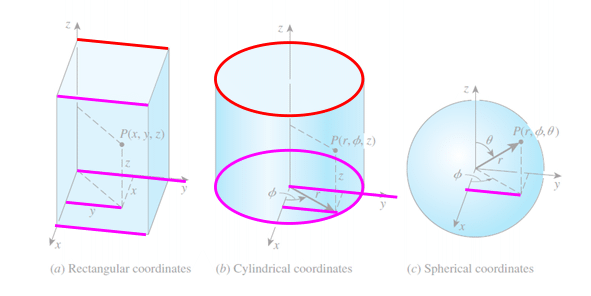 If you first want to play a bit with the perspective or composition, in a real 3D environment explore Sketchup (free) or Blender (free) to play with it, make a screen capture and use it as a reference. But start with simple shapes first.