I tried to change some text color using eyedropper tool from another object but it seemed to fail. The color didn't change, or on other occasions it turns to different color that i don't pick up. When i check the apparance panel/color info, it has changed to the color that i've picked up, eventhough the actual object is not. But when i look closely it looks like the color i've picked appears as a very thin outline, but there's no color in the appearance panel for the stroke.

I'm trying whatever i can to fix this, at some point i expanded my text and ungroup it. It appears that when i change the color, my object turns to two overlapping objects, and the color that i choose only appear in the bottom object which is covered by the upper object that retain the old color.

Anyone know how to fix this? Eyedropper's setting still the same, and the problem sometimes happen when i try to change the color manually. It started to happens several days ago, so i've restarted the software and my pc pretty often. I've attached some screenshots to make it clearer. 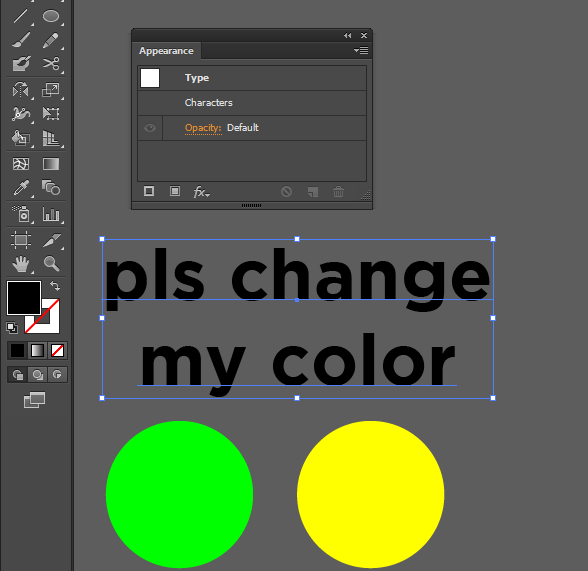 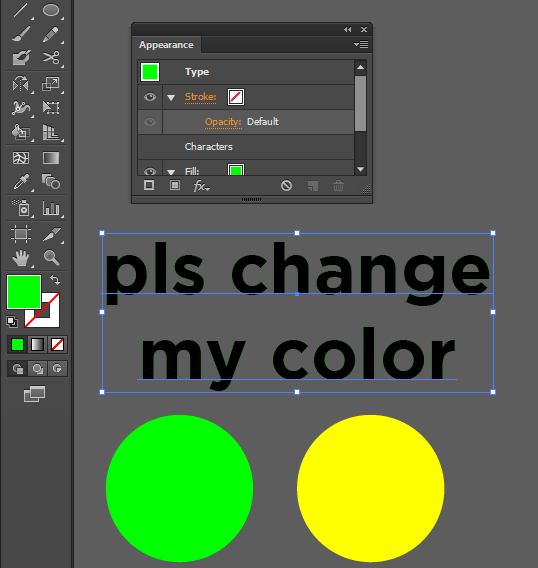 Live text objects do not fill/stroke the same as standard objects within Illustrator.

In many instanced the Eyedropper tool works in an unexpected manner on live text. Text is simply not the same as a standard vector object.

See here for more information: Illustrator: Text shown not to have a fill has a fill

Not the answer you're looking for? Browse other questions tagged adobe-illustrator color vector illustrator-effects eyedropper or ask your own question.

2
Illustrator: Text shown not to have a fill has a fill

7
When I export an image from Illustrator, why is it a slightly different color in the exported image?
0
Change color properties of object (curve) when text to path (curve) in CorelDraw X5
6
Illustrator eyedropper: What effect does different 'Pick up' and 'Apply' settings have?
1
How do I colorize text with eyedropper?
8
Unable to ungroup objects in Adobe Illustrator
0
Why does the clipped objects position reset when applying eyedropper color to a mask in InDesign CC?
0
Stroke width seen only in Isolation Mode in Illustrator CC2017
0
Is it possible to have a color control object?
0
When trying to Edit a Smart Object in Illustrator, it is completely blank