I have tried to make a Photoshop action of placing a watermark into some photos, without any coding, simply by recording the action. I have done this before and it worked, but I recently and suddenly, I got the "____ action could not be completed" so I deleted the action and made it again. Now it doesn't work.

I wanted to add a watermark to images, and my actions consisted of:

The final result when I use that action is that the watermark is placed but not resized or relocated. This results in the watermark being so big, it falls off the canvas, and because the background of the watermark is transparent, absolutely nothing shows up in the image I wanted to watermark.

Here are the expanded recorded actions: 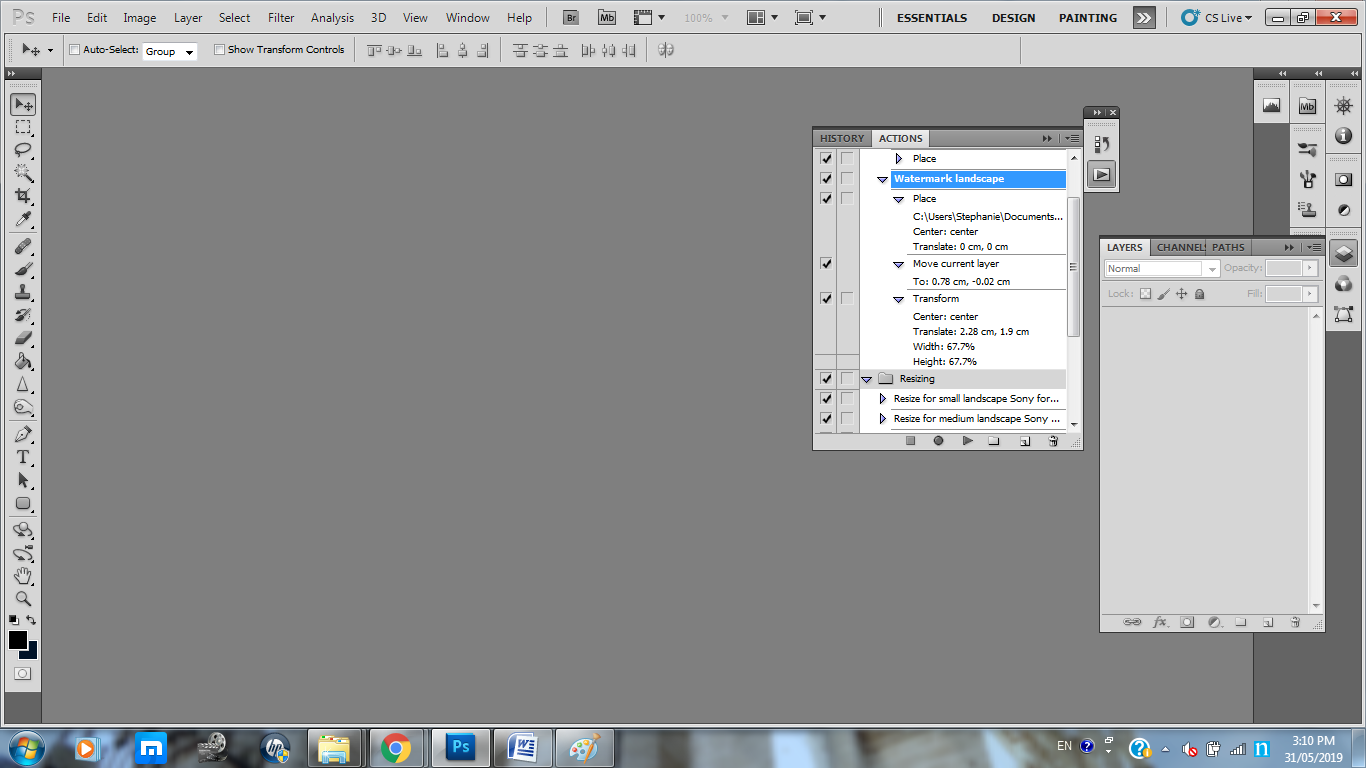 Here are the results after I play the action in Photoshop, notice the outline of the watermark file: 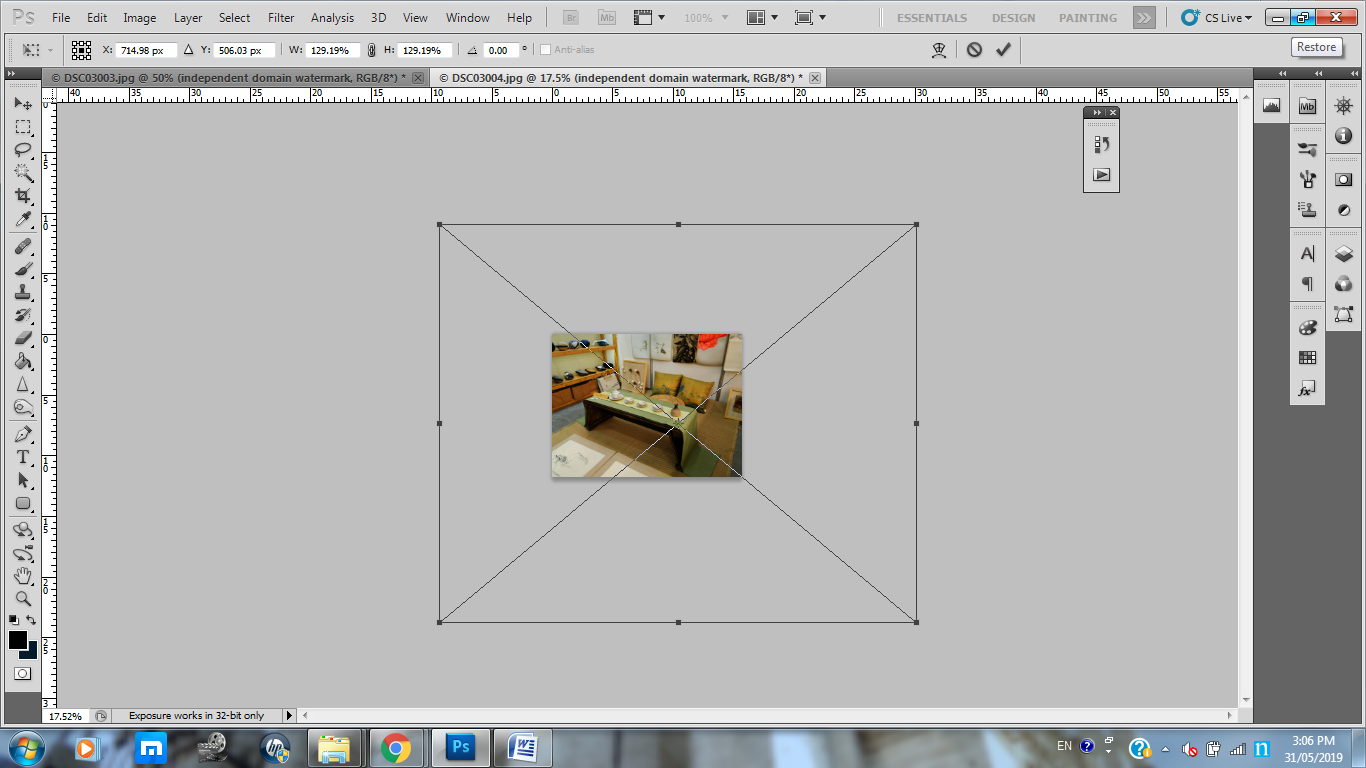 In this screenshot, I have manually moved the watermark file to an area within the canvas so you can see the relative size of the watermark 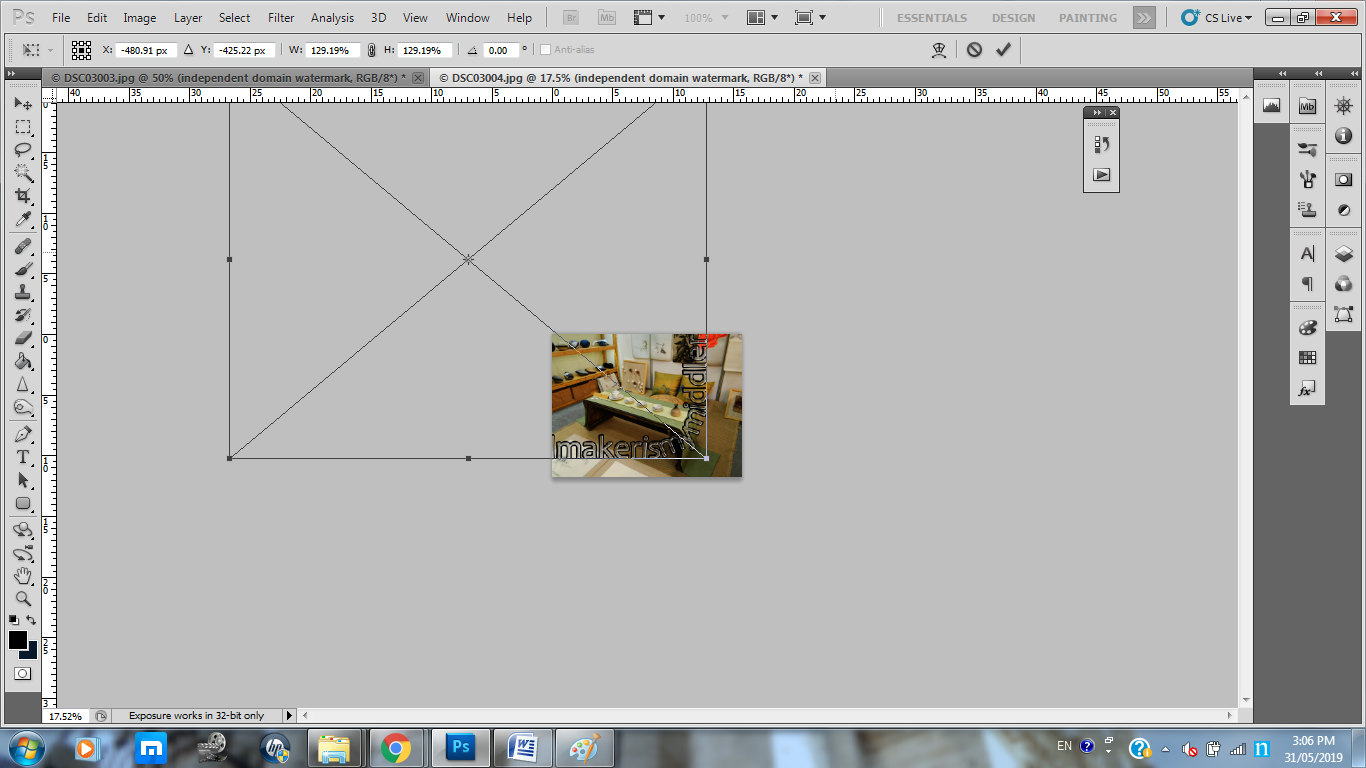 Edit:
I followed the suggestions made by Design Phoenix in the comments section and did it this way:
1) Place and embed the image, 2) resized it using 'transform' Control + T, 3) accepted it (pressing Enter) then moved it. (ie rather than placing image, resizing and moving then embeding it all at once) but it still makes absolutely no difference. Here is a screenshot after I made the action separately, you can see the steps in the action and the outline of the watermark. I resized AND moved it a lot despite it saying 1cm, I made it a lot smaller, at least 1/3 of the original size and moved it to the bottom right hand corner but it obviously does not register it that way. It used to work but now suddenly doesn't and I don't know what went wrong. 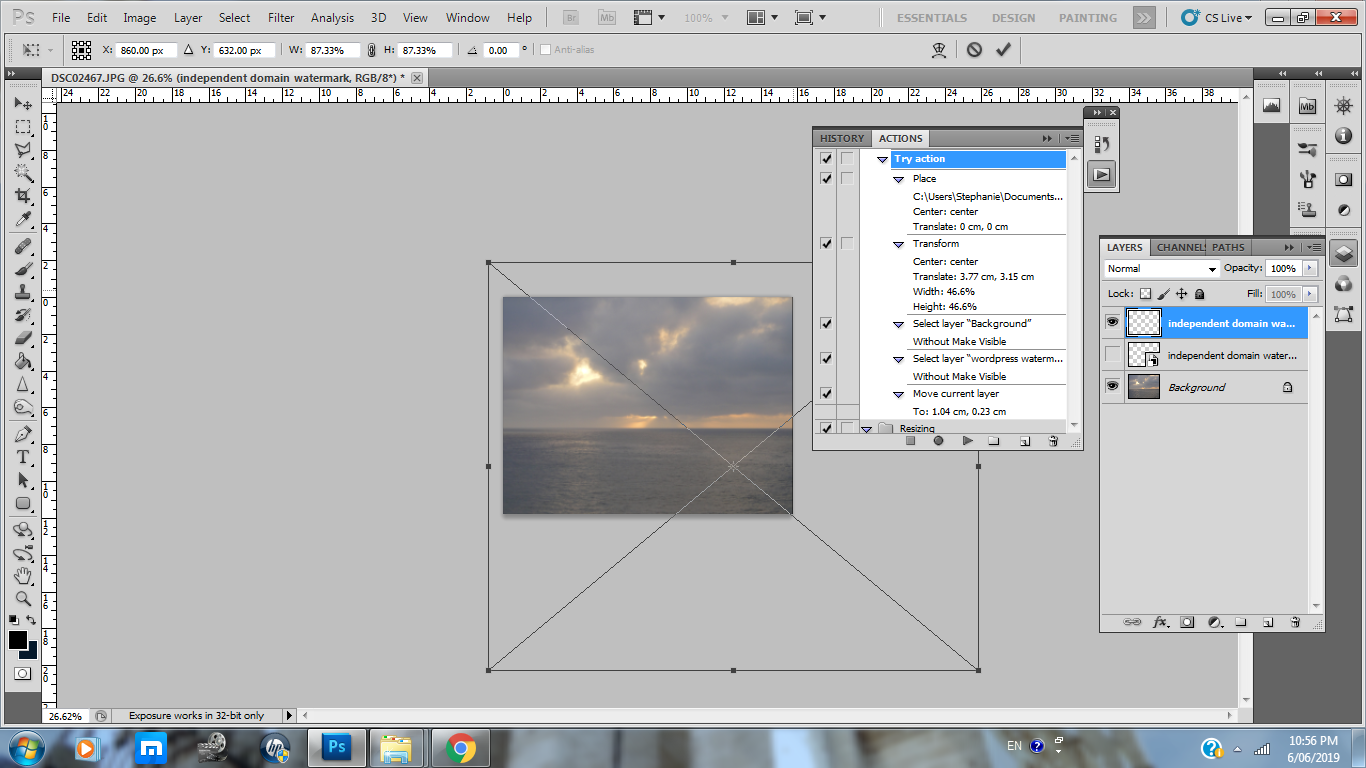 Thanks everyone, I have found the solution! I had to do each action separately and stop the recording after each action. Initially I did: Place the watermark, click and drag to move, control + t to transform size, then press enter to accept then stop recording.

The I was doing the actions separately but all in one recording session, ie place the watermark, press enter to accept, click and drag to move, control + t to transform size, accept, then stop recording.

What you need to do is:
Place the watermark, press enter to accept, stop the recording.
start recording in the same action again and do the next step: click and drag to move to the right position stop the recording.
Then press control + t to transform size, accept, then stop recording again.

Not the answer you're looking for? Browse other questions tagged adobe-photoshop resize actions or ask your own question.

4
Can I transform an image's location in a Photoshop action so that it's relative to the canvas and NOT the image?
3
Photoshop Batch Action - Relative Positioning
6
Why is Photoshop CS5 making huge gaps between lines when I make a line break with the ENTER key?
1
How do I use the transform box to re-size a photo in CS2 and constrain the proportions? I don"t want to re-size by pixels or percent
0
Placing the names of layers in Photoshop into Illustrator as text
5
Batch Place Multiple Linked Files in Photoshop
1
Photoshop Action Does Not Place Watermark File on Another File
1
Adding watermark and pricing to images in a folder dynamically with Photoshop?
2
Is it possible to quickly export a .jpg and .png simultaneously in Photoshop?