I’m trying to edit a repeating pattern in Inkscape. I covert the pattern to objects and make my changes (adding some additional company’s), select them all and create pattern from objects.

The resulting pattern appears to have a different boundary extent, so the repeating pattern doesn’t align.

Can I set an extent to the newly created pattern?

I'm trying to create swatches of geological symbols to use in a QGIS map. My original data source was here, where some kind person has already converted the FGDC digital cartographic standard to SVG: USGS Inkscape pack instructions

I'd like to alter one of these swatches from this: 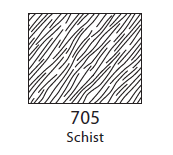 to this (but nicer - this image just to show the intent): 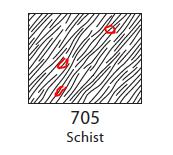 EDIT 2: I've added an inkscape svg document (xml, download and save as .svg) to pastebin to show what I mean about different boundaries. Ideally, the end result would have the same boundary/mask/extent as the original - in teh same position to preserve the repeating pattern.

It is indeed difficult.

What I ended up doing was: