How can I maintain outer stroke on overlapping path?

Here's what I have:

A continuous path that overlaps itself, has a 12px stroke with a 6px stroke over it. 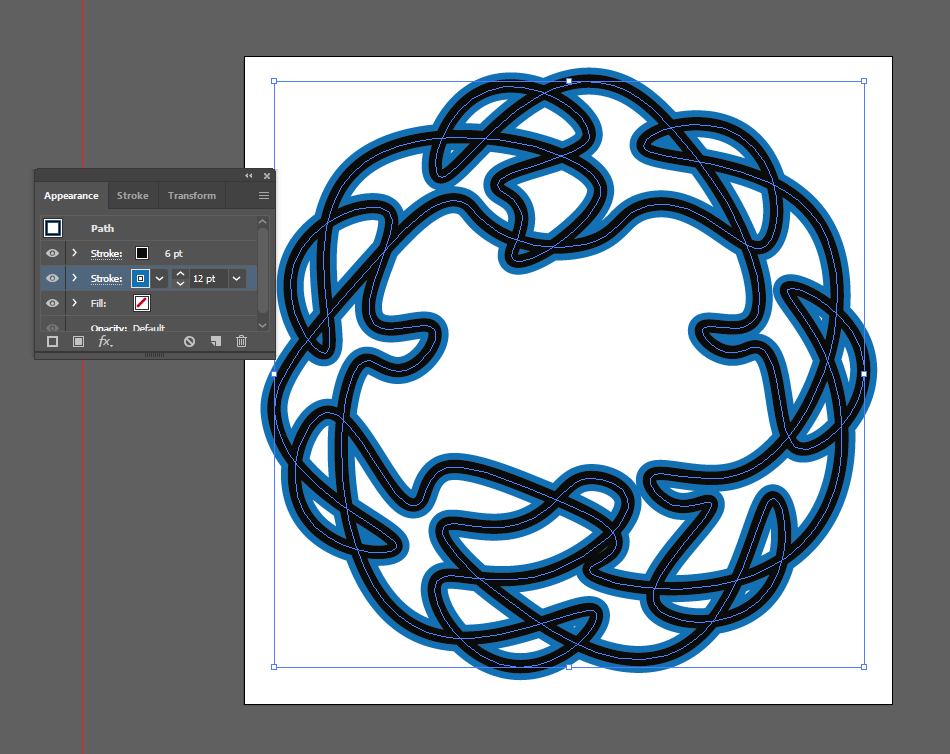 The question is this: Is there any way to continue the outer stroke through overlapping parts of the path? It's a rough sketch of a Celtic knot, so I really need the overlapping parts to be visible. I can think of a couple of really cumbersome ways to accomplish this, which wouldn't really yield the result I need. One would be: cut the path up into lots of different ones, outline, expand, then combine with pathfinder. This would yield something really messy I imagine (knowing Illustrator).

Another approach I tried was to use pathfinder to divide the stroke, then outline it, but that produced a messy result, including some weird artifacts (I think....they are indicated in red). (Blue background added for visibility.) 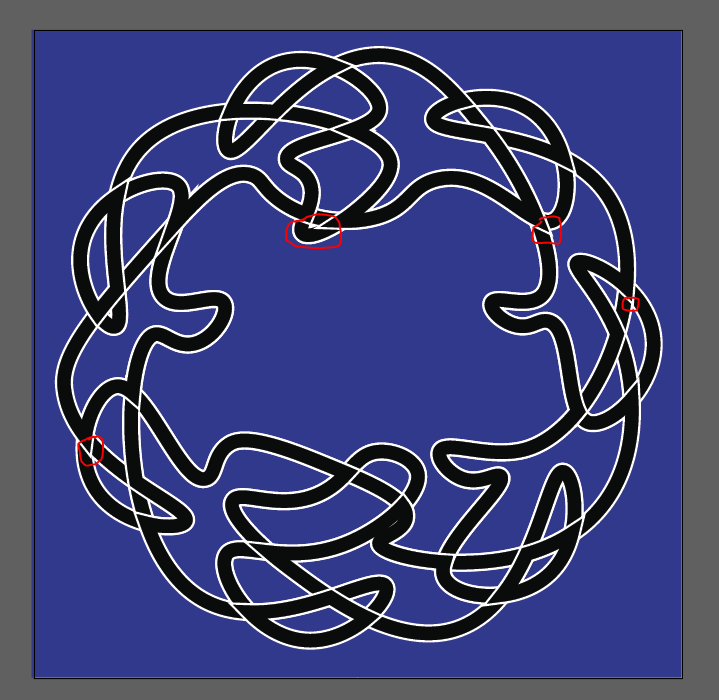 Yet another failed attempt involved expanding the single 6px stroke, but that did the same thing, and treated the overlapping bits as one contiguous shape.

This is the closest I've gotten. I used pathfinder's outline to break apart the path itself, then added a stroke, expanded the stroke, and stroked the resultant shapes. Closer to what I want visually, but it's not editable as a path at all and I'll have to clean it up with Live Paint. Also, obviously, it doesn't cover all of the overlaps, but that's more to do with the stacking order of the shapes, and the strokes are there (just underneath another shape). 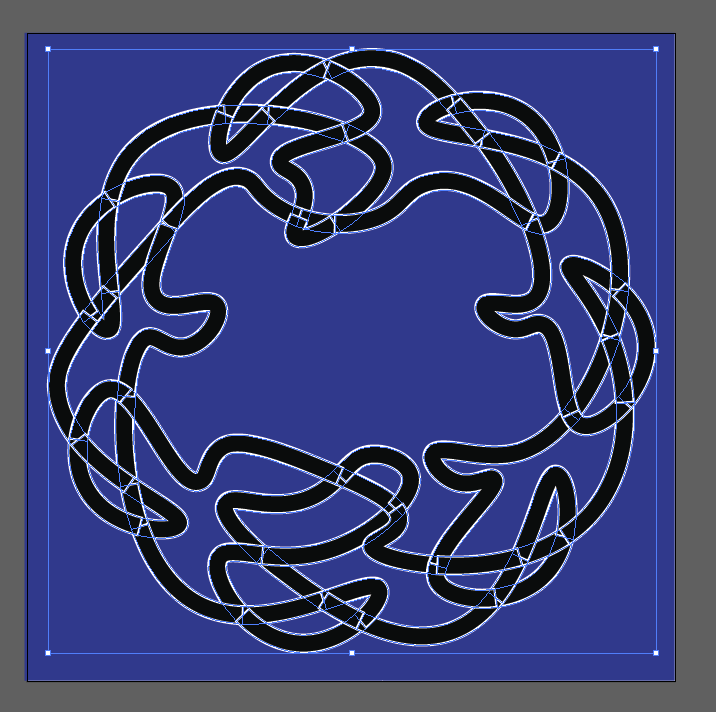 The answer I can't dig out of Reddit right now said something about dashes, but it didn't really make sense to me (I was very tired...new baby) at the time. It seemed a bit of a hack, to be honest, but also seemed to achieve the result for the OP. He wasn't trying to do exactly the same thing, so even if I could find that thread I'm not sure it would solve this conundrum.

The underlying issue is:

Illustrator treats a single continuous stroke as one contiguous shape where it overlaps. Therefore the stroke only traces the outer border of that "shape" (actually a path/stroke though). I feel like I've tried 100 different ways to do this with no success.

I've made many Celtic knots in my time, but none of them begin with a continuous stroke. I suggest you use a different technique. Here's one example:

I usually begin with overlapping circles or in this example ovals which are rotated around a common origin. Then I Expand the strokes.

Then use the Shape Builder tool to delete the outer parts that aren't needed.

I also use the Shape Builder to make the over/under weaving, and finish by applying a white stroke to the artwork.

Finally, I Group everything, Copy it, then Paste in Back. Then apply a thicker black stroke to add an outline to finish the effect. 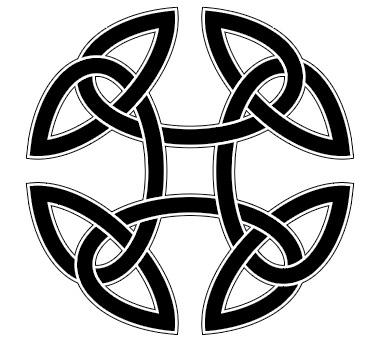 Even more complex designs are possible using the same techniques, for example this was created using ovals and some line segments. The possibilities are endless.

Make a Pattern Brush and stroke the path with it 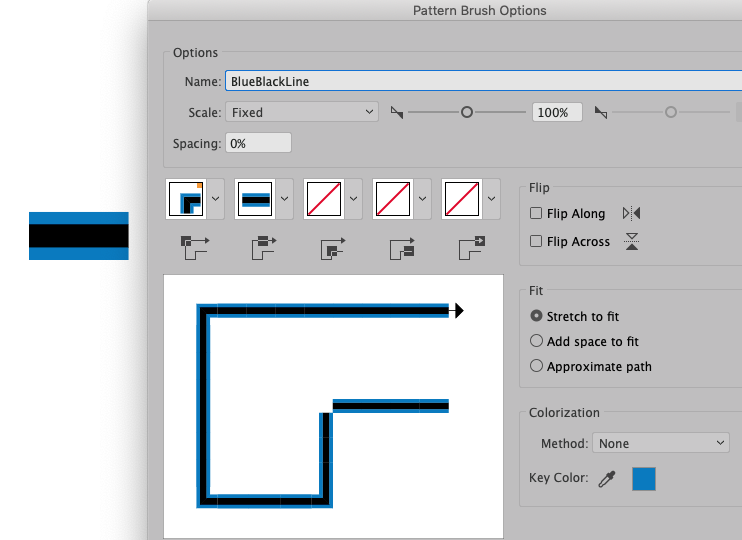 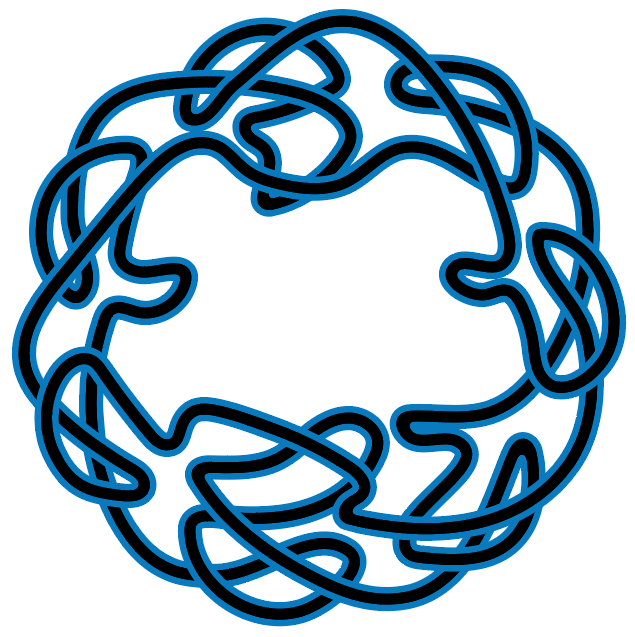 6
Illustrator strange artifacts on curves
9
Outline stroke from path in Illustrator
0
How can I achieve this continuous gradient effect?
0
Can I align a stroke to the inside of a shape with "Apply gradient across stroke"
0
Inkscape's "Stroke to path" produces hole in the middle
4
How to create brush stroke on one side of shape
3
How can I get a similar "handmade feel" stroke in Illustrator?
0
How to add gradient on overlapping paths? Is there a way to combine overlapping paths to a single one?
0
Design path overlapping issue with blending modes