How to export special characters from illustrator to word

The problem is I want to get some specific special characters from SVN-Bellico font like the H below. I could use it in Illustrator but I want to use them in MS Word to be able to edit them. 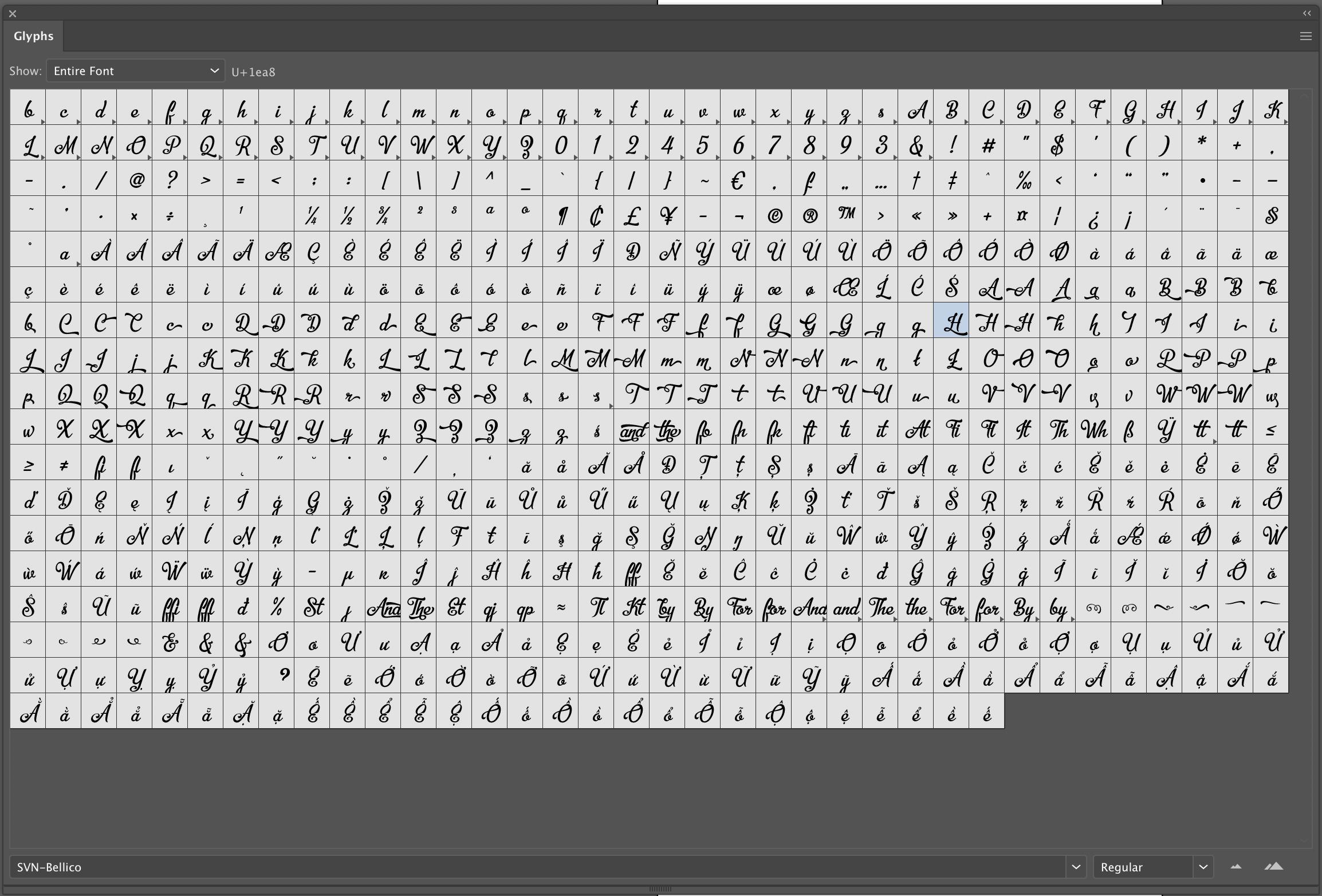 These are glyphs in the font definitions - they are coded into the font as designed - Illustrator and InDesign and other similar tools can show you a happy overview of all available glyphs in a font, and in fact your OS can too (Windows it's called Character Map, in Mac OS (at the moment) it's called Special Characters or Show Emoji & Symbols) and you can "use" them in any program in which fonts can be used, assuming you can come up with a way to place them into your given document's text-stream. If there's no way within the app, you can use the OS-level tools I already mentioned to add them to a text string manually.

However, I've another concern here - your written phrase in your question:

You can write with them - include them in a text-string in Word document - but you cannot edit them in Word - you'd need a font authoring tool to edit the glyphs included in a given font.

If you want to visually edit a glyph in a one-off manner (not altering the font file but just a specific instance in a single document) by say stretching a curve, altering a ligature etc - that's best done in Illustrator or other similar vector design software by converting the text into vector curves and editing them as you would any other graphic element.

I know a workaround. To visually edit the vector shape in word, do the following:

But as Gerard said, you have much more control over the vector in Illustrator.

1
Text SVG losing formatting and glyphs when export from illustrator
6
How to paste Chinese text into Illustrator?
46
Why should I ever use Unicode’s special characters for Roman numerals?
0
Illustrator to Word - Text Size Large (scaling issue)
0
Missing characters Indesign. Some characters from a specific font are omitted
2
Illustrator CC 2015 to Word 2016: Vector not displaying correctly
0
Getting text from a Word doc with no subscription?
3
Insert special characters as text in Illustrator
0
How to design musical characters in a font?