Organizing Boxes Into Shape of Letter with Inkscape?

Suppose we have 100 small square shape paths. We want to turn these into the shape of the letter E. Is there a plugin or extension or technique in Inkscape that allows us to do this?

I'm thinking approximately create a 100 small somewhat randomized boxes using the clone tool and then mask a letter of them....

How about using the spray tool for this?

It has options to

Are the boxes of equal size, color, stroke width and orientation? So for example you would represent the upper, horizontal line of the E with 7 boxes in width, 3 in height, each with equal spacing?

You might either do it by cloning 2, 3 sample squares, positioning them and then look at the XML and generate all the square clones with a short script.

Or, if the background is for instance white, spread your squares which needn't be in such a strict order and hide some of them below 2 big white squares or pick the squares to delete with drawing the mouse over the black (colored) squares to be removed. 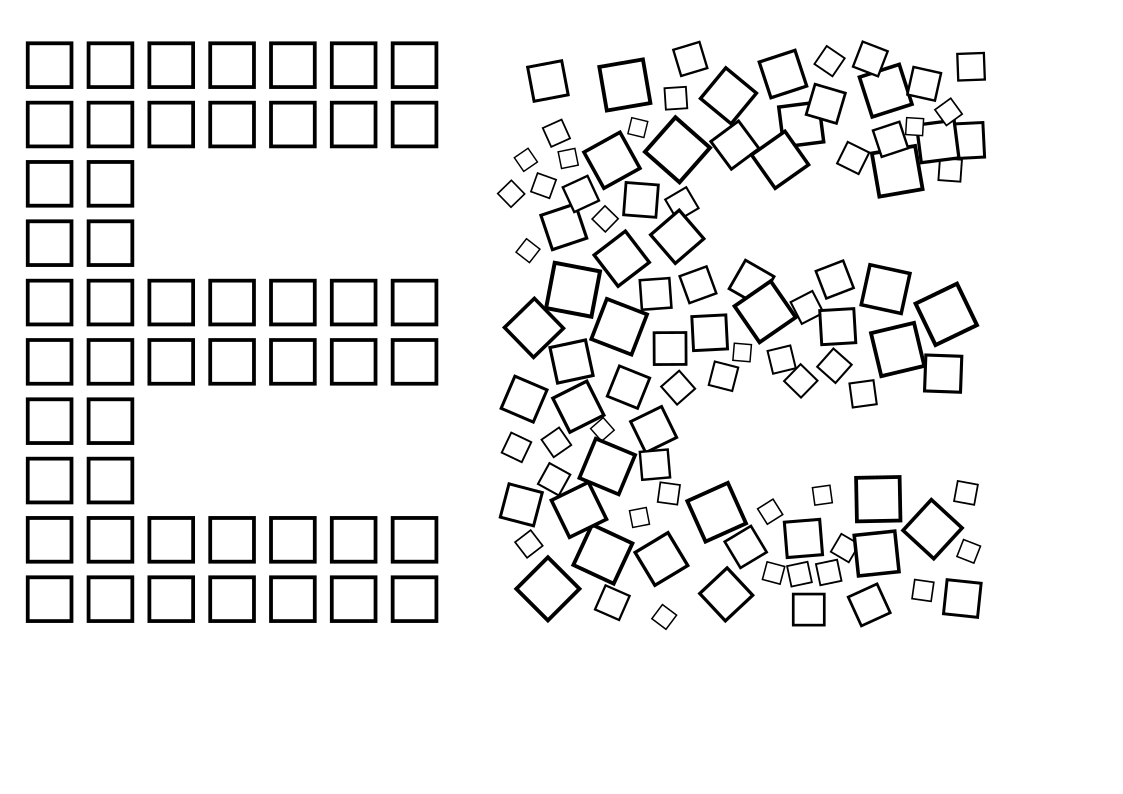 For the second version, I made a clone, used the spray tool to distribute the squares on the field. Used the align tool again, since I use the german version I describe the location of the tool: The 3rd group, ordering or placement, the 2 most right options, random distribution and unclump.

Then I made 2 squares, which roughly fit into the space at the E at the left, moved them to the right, and selected a space a little wider and deleted all the so marked objects.

4
Create and Edit parallel “bus” lines in Inkscape
3
Fitting text into a Letter using inkscape?
16
Convert a line drawing from raster to vector **LINES**
2
How to detect freely-drawn shape on Inkscape or GIMP?
5
How to make a nondestructive mask in Inkscape?
3
Non-rounded inset in Inkscape
2
Inkscape causing tool paths to be doubled/duplicated
0
Ungrouping and moving groups in InkScape seems to cause anomalies