I am looking at a PDF which is using the `European Pi 3' font. As you can see here, this font doesn't render the characters like actualy characters, but like different icons. The 'P' is a big circle, 'S' is a telephone, 'V' is a pointing finger etc.

Wingdings is a similar example that comes to mind.

Is there a name for fonts like this, i.e. which do not render characters, but random symbols?

Also, is there a way to programatically/systematically know if a font belongs to this category?

The most common name I know for these are dingbat fonts. For example, this is what the respective category is called on Font Squirrel, for example. You may also find them being called symbol fonts.

In times of Unicode, such fonts should ideally use dedicated Unicode areas, such as Dingbats, Emoticons, or the private-use areas for this, but realistically many dingbat fonts won’t adhere to this. Thus you have to rely on some heuristics to identify them. What is best for you really depends on your application and is a compromise between false positives, false negatives, and effort.

In a typical latin character map setup, lowercase 'a' is pretty much always code 97, uppercase 'A' is code 65, '0' is 48 and so on. Add a few more of these checks and if something doesn't match, you're likely dealing with a symbols/icons font. 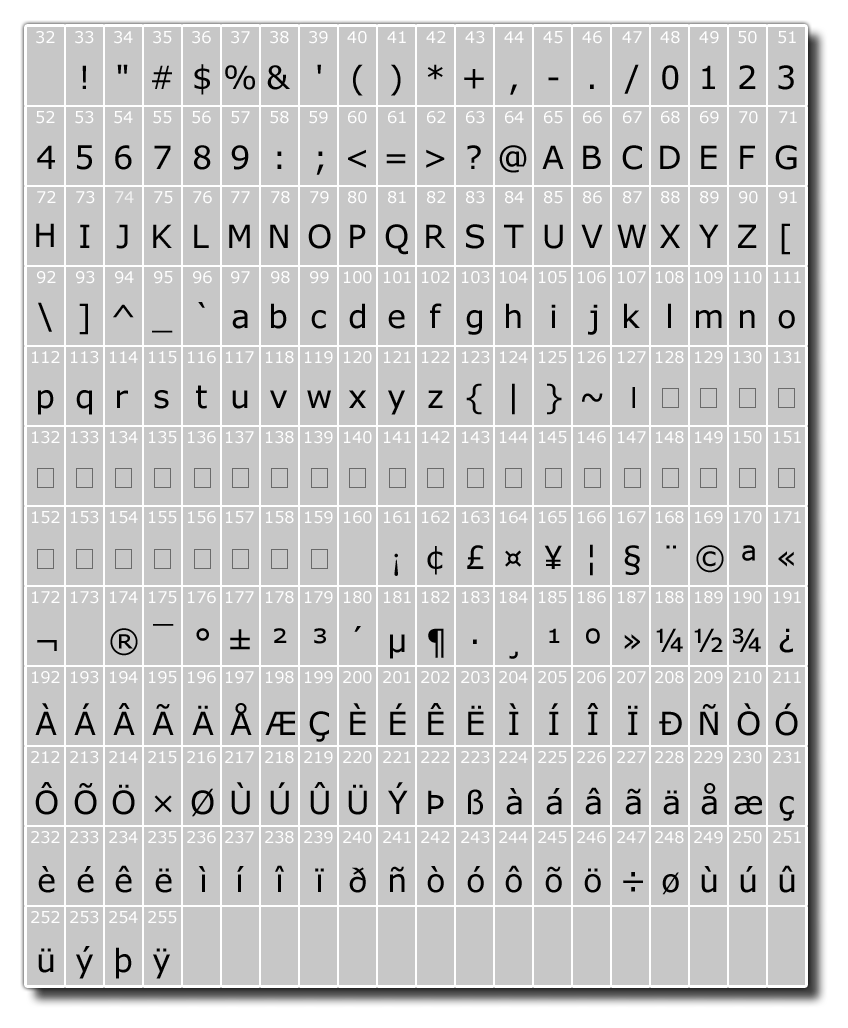 Not the answer you're looking for? Browse other questions tagged fonts terminology or ask your own question.

4
Good resource for non-Latin character based fonts?
5
Fixed width character subset in proportional fonts?
1
Definition of Premium fonts
6
Is there a way to access Mac system fonts in Photoshop?
4
How do I go change the order/position of characters in Unicode fonts when a language demands it?
0
How to Create Compound Characters Inside a Font
0
Variation of proportion of non-Latin fonts