logo with color gradient how to do this?

I would like to do the below color gradiant:

Does anyone know how to approach this? I have searched but don't know the right way to name this effect.

I'd prefer making this effect in Adobe illustrator. Could you point me some tutorials effects or provide an example ? 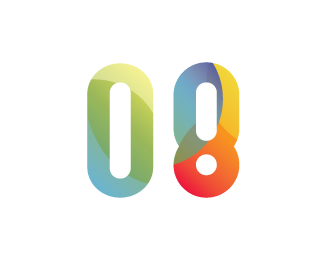 This was probably drawn in Illustrator. My guess with this one is the text FBTO is a clipping mask making everything outside of it transparent. In a layer underneath it looks like they have made a layer with a gradient mesh. They've manipulated the mesh to create a rainbow effect and, as part of this effect, its become distorted a bit to created that slightly odd effect on the gradient. Doing it this way would make it vector.

The alternative is that it was drawn in Photoshop, or some similar package, with a layer mask the shape of the font. The artist would have then probably have hand painted the gradient making that odd effect.

So, yeah, to simulate this effect best look into how to use the 'gradient mesh' tool in Illustrator.

The second example is slightly more complicated as it involved several layers within the clipping mask that are over lapped the have a gradient mesh applied with some of the points on those gradient meshes being transparent.

Not the answer you're looking for? Browse other questions tagged adobe-illustrator color logo gradient or ask your own question.

0
Illustrator: How to add 3 or 4 part gradient to this logo?