How to create this curved shape in Cinema 4D?

After several attempts I don't know where to go creating smiling mouths of these folks. 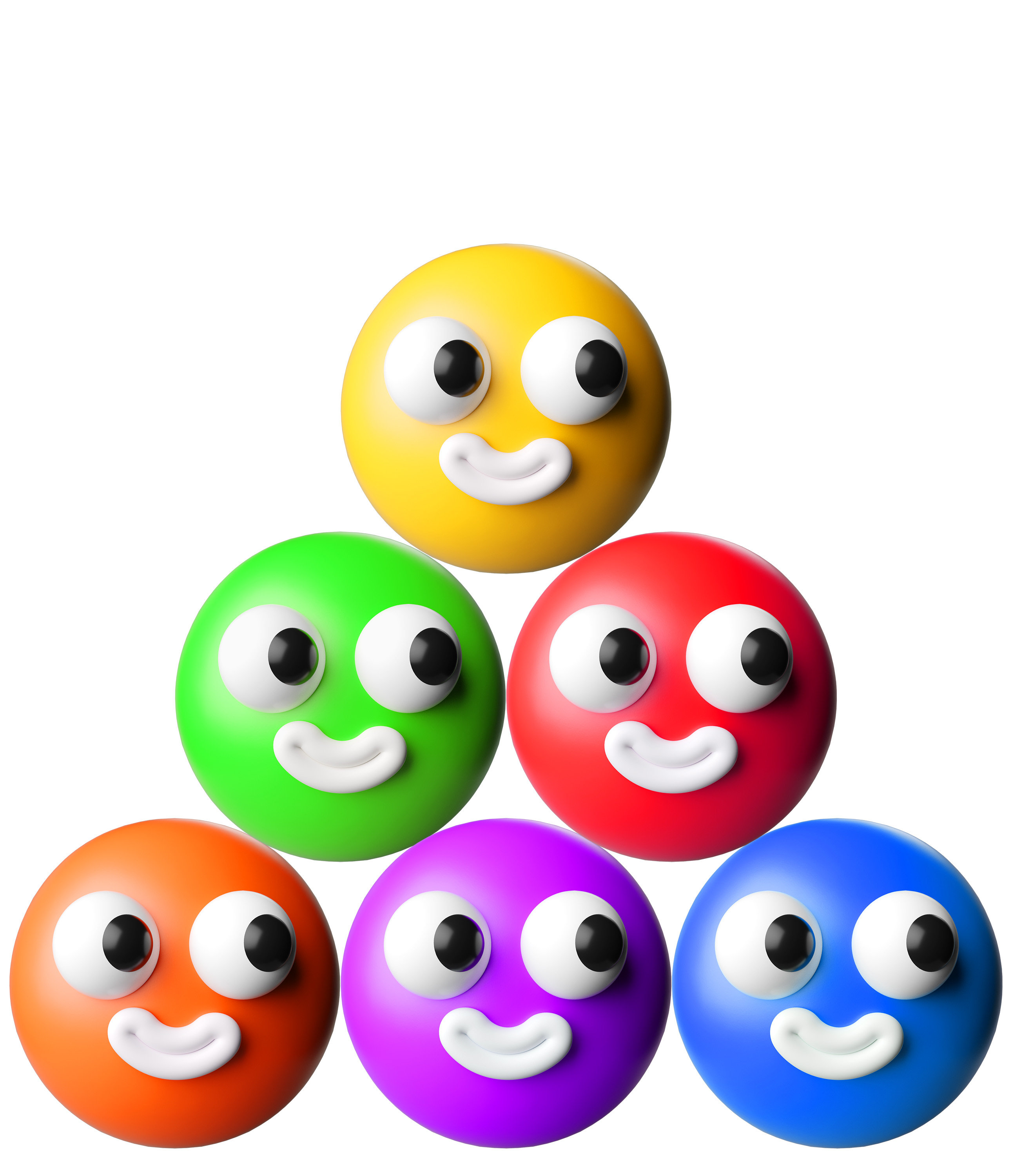 Tried adding Bend Object but it didn't work out.

The closest thing I got: 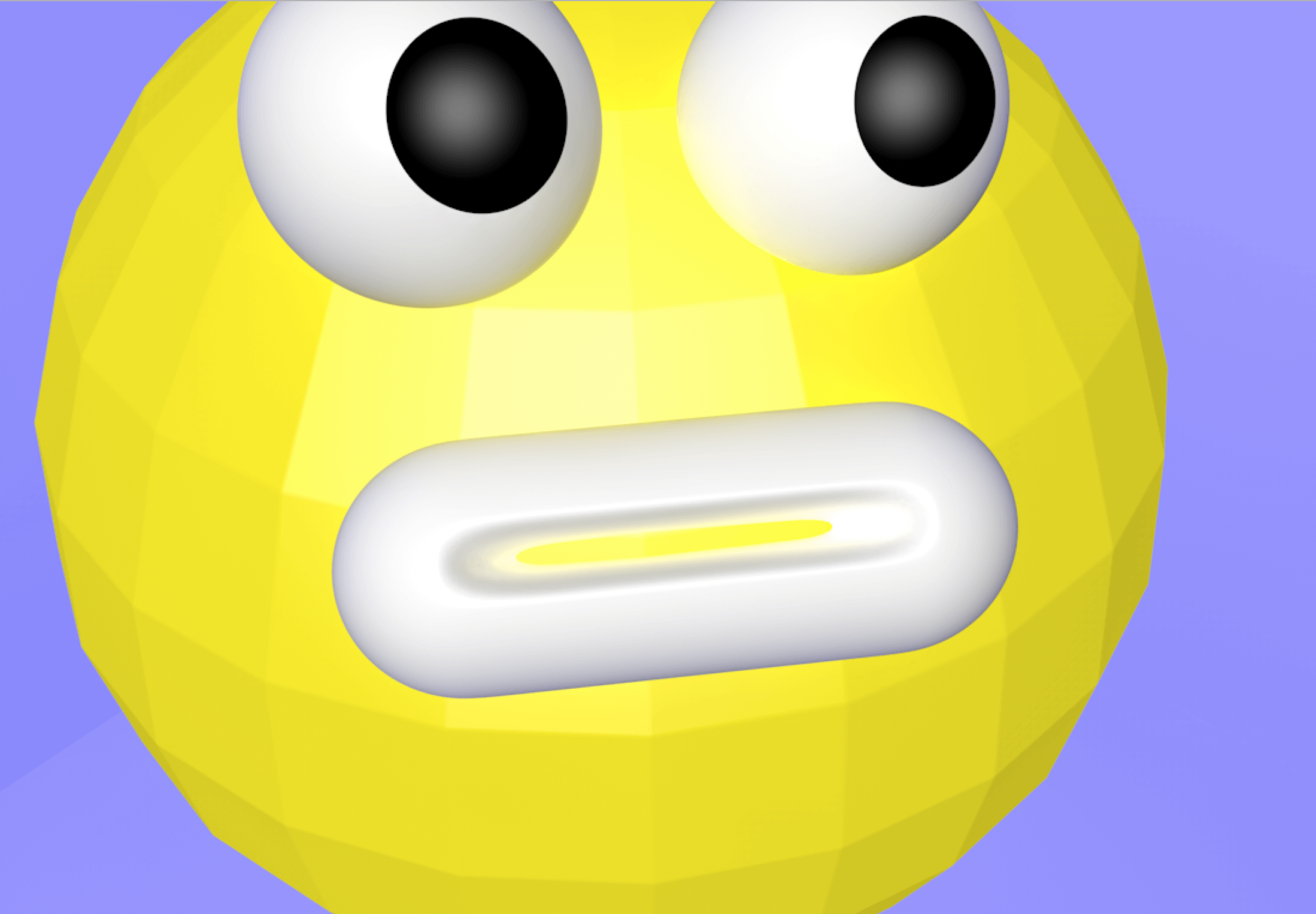 I guess quite rare of us are Cinema 4D users, so you may need to wait perfect answer some time. But there's a general 3D drawing method for such shapes. I can show it in a radically simpler program. That's sweeping along a curve: 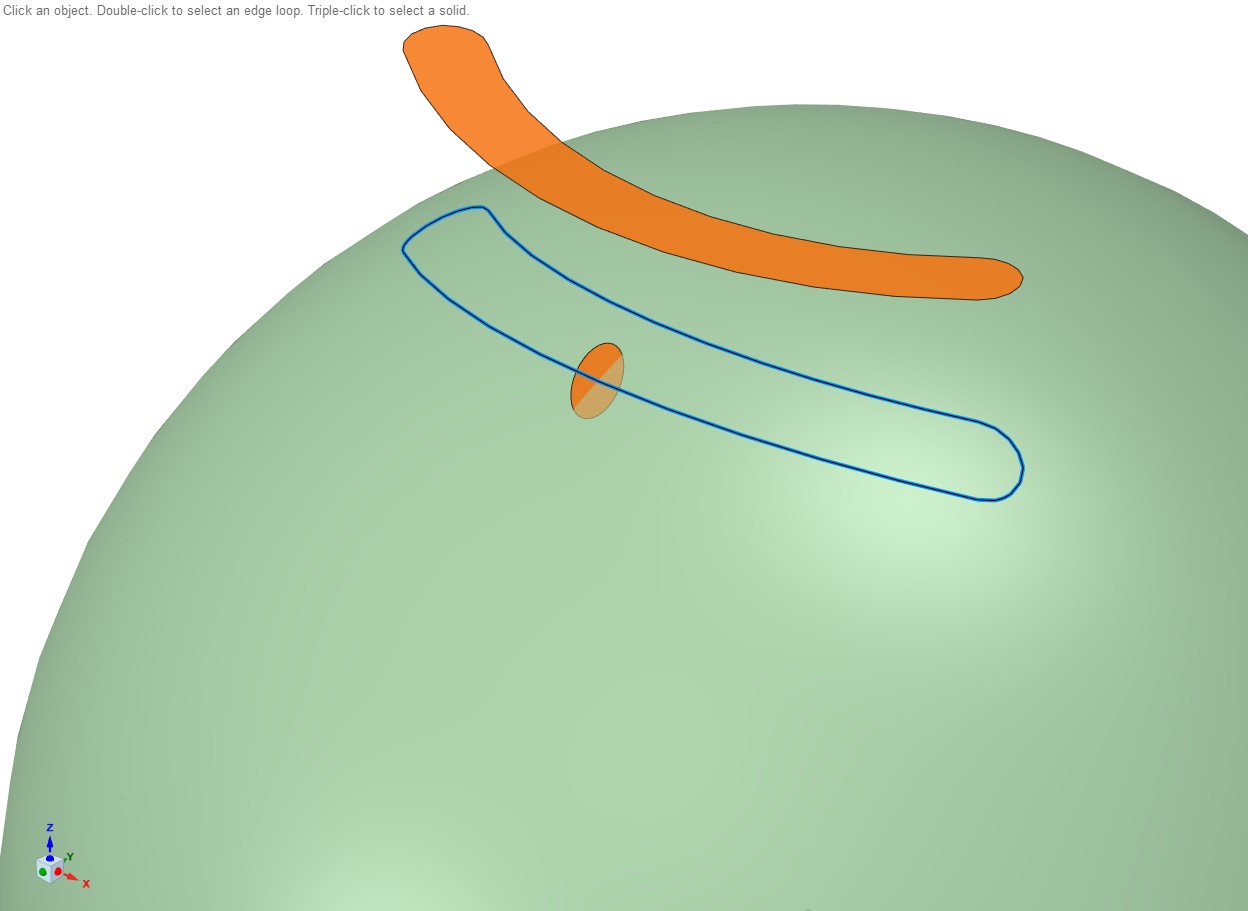 The orange sausage is a flat shape which is drawn in a plane. It's actually a wide arc with rounded ends. The shape is projected onto a sphere, the projection is the blue curve.

A circle is drawn perpedicularly to the sphere surface and placed the midpoint on the projected curve.

In the next image the circle is swept a short distance along the blue curve: 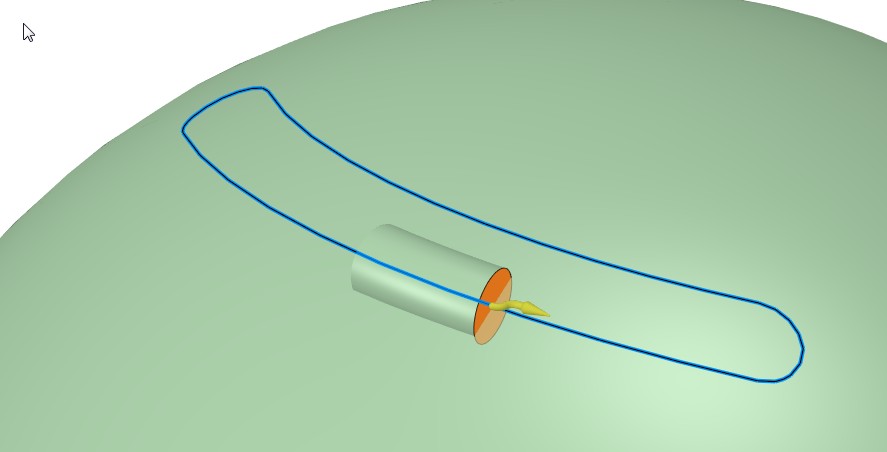 The sweep is completed and the generated piece is colored to light grey: 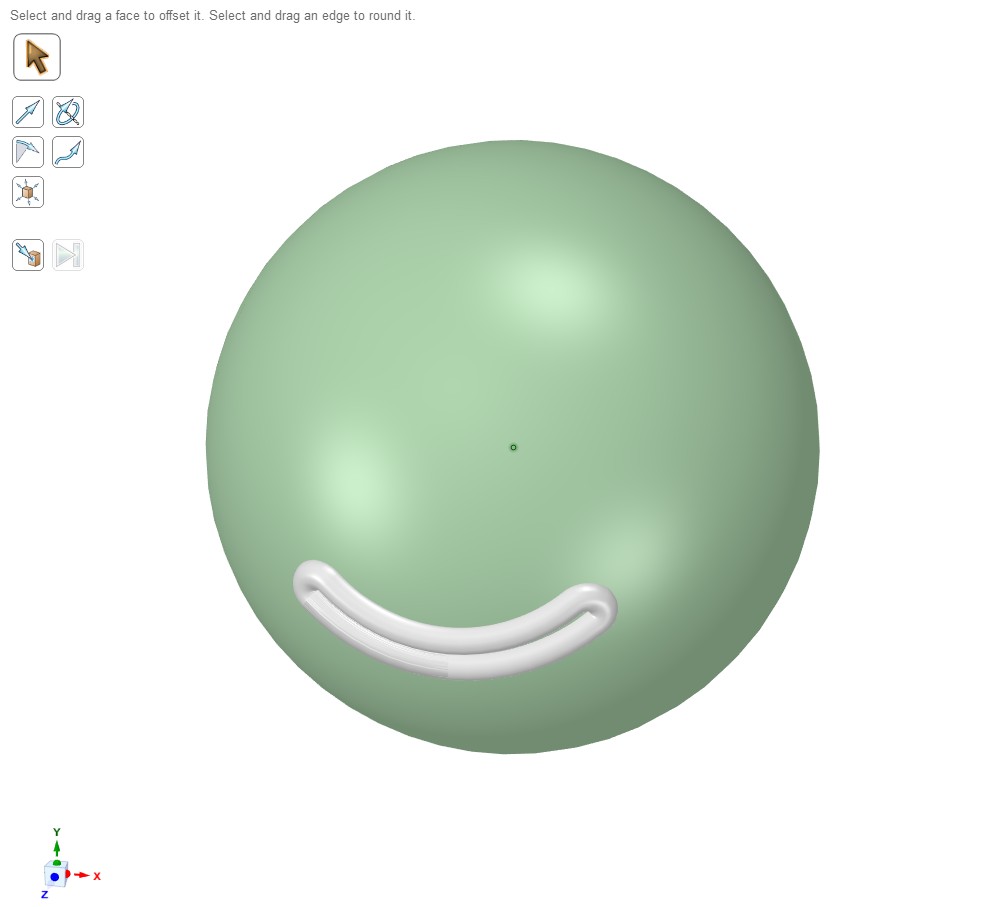 The program I used = DesignSpark Mechanical (=a simple 3D CAD, freeware). The method is typical for CAD programs. There the intention is to get exact dimensions. Artistic 3D programs aim flexibility in creating wanted visual forms, exact dimensions are secondary. Thus I guess you have also several other ways to create approximately the same.

How to bend them? Tried adding Bend Object but it didn't work out.

There are a number of ways you can fail with deformers:

As a bonus trap, the bend deformer operates from its base out to its top. You can't make a single Bend deformer affect something like your character's mouth symmetrically. You solve that by applying both a Bend deformer and a Symmetry object on the relaxed mouth shape, with the bend aligned with its base on the Y axis and its "top" pointing to the left corner of the mouth. By default, a Symmetry object operates on the ZY plane, which is exactly what we want here, since that creates a virtual second Bend deformer aligned the opposite direction, affecting the right side of the mouth symmetrically. 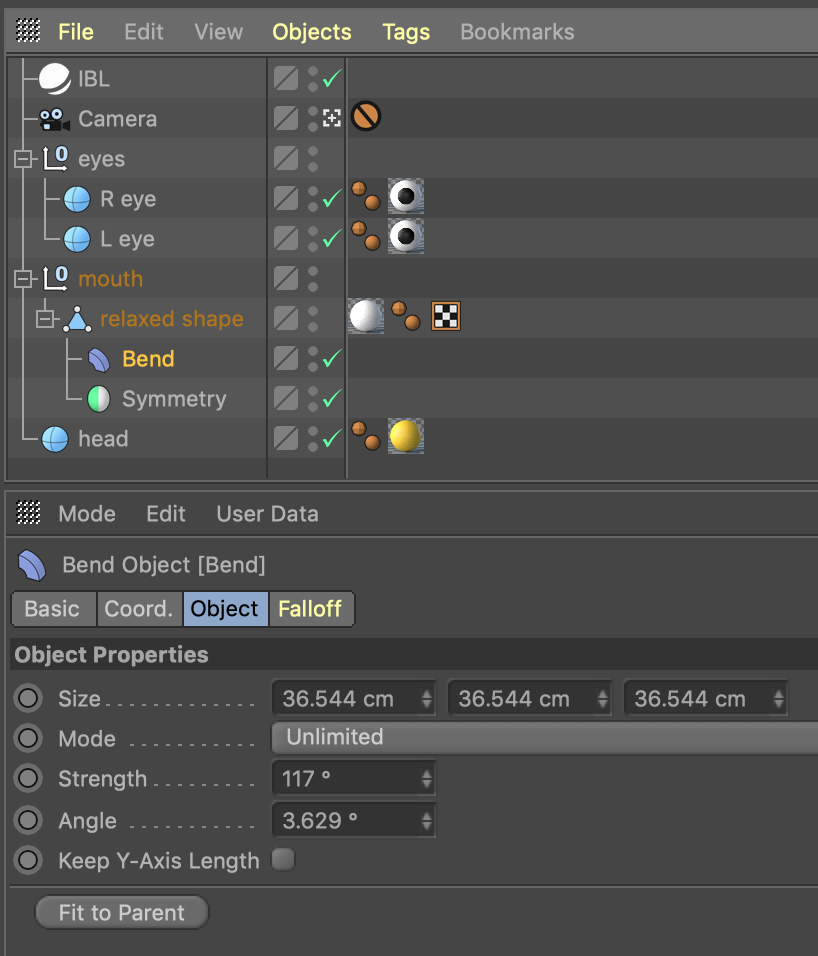 Notice that it's bent twice, once in the "Strength" direction and once in the "Angle" direction. The former bends the mouth corners up to make the smile, and the latter bends the corners inward to follow the curve of the head sphere. 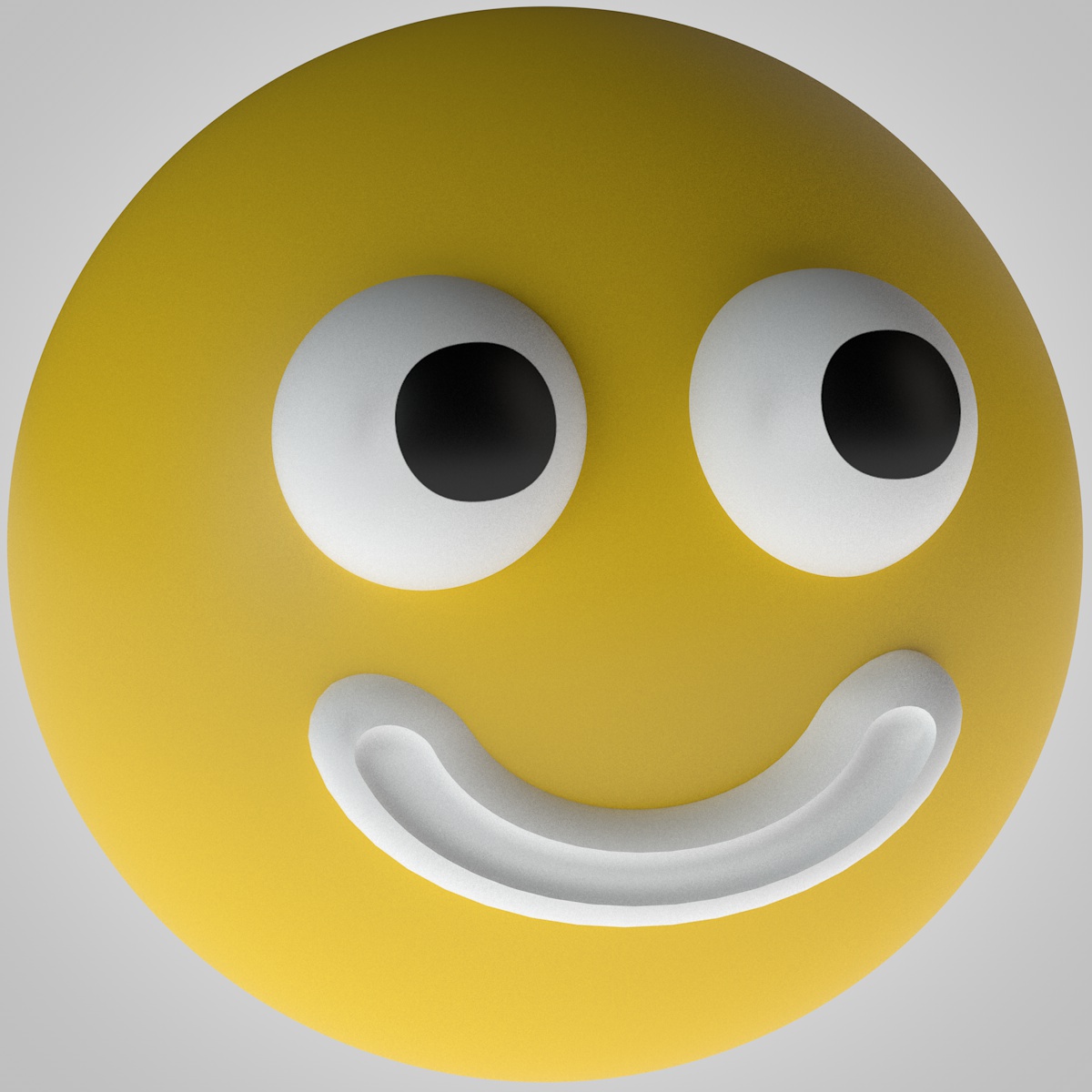 Now, that's fine as far as it goes, but it doesn't actually match the mouth shape in your source picture. I believe the first answer has the actual solution: instead of using a Bend deformer on a Boole'd capsule pair, you should sweep a circle along a sausage-shaped spline to form the mouth. That gets the proper curvature on the inner parts and avoids the need for the Deformer.

Another problem with this method is that I had to convert the Boolean'd relaxed mouth shape to a polygon object in order to get the bend deformer and symmetry object to apply to it. I couldn't get all of that working under a live Boole generator.

However, I thought I'd try a third method using R20's Volume Builder instead. It's still not quite the same, but it's closer: 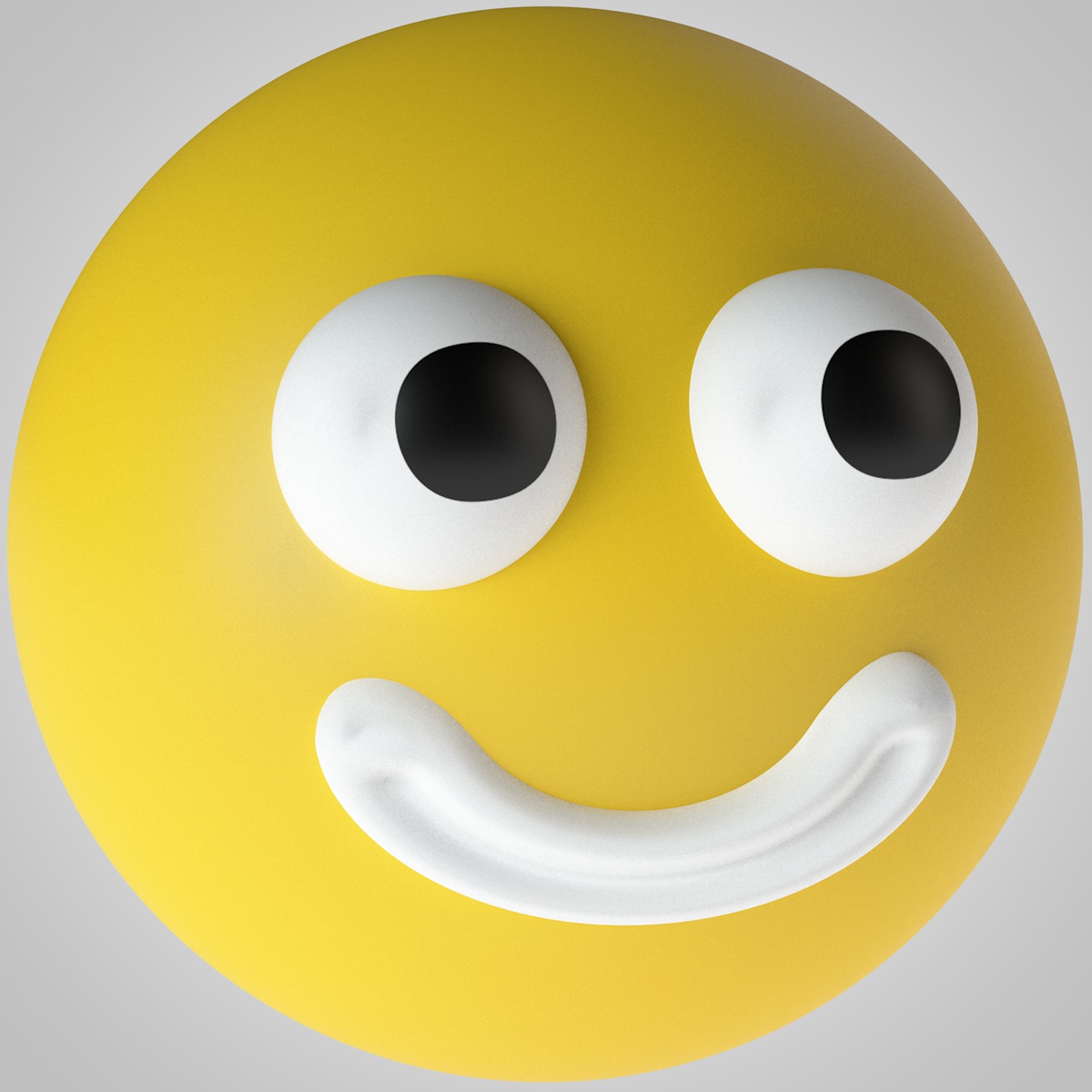 It's done with a concave wedge shaped cutter and a capsule, both still parametric. This gives a similar curvature on the inside of the lip area to what your source picture shows.