I am creating an Illustrator action that automates shape cutting however now I need to put a system in the batch process where it stops and let the user draw the line or an area according to which the shape will be cut. So far, I am unsuccessful. Can anyone suggest? 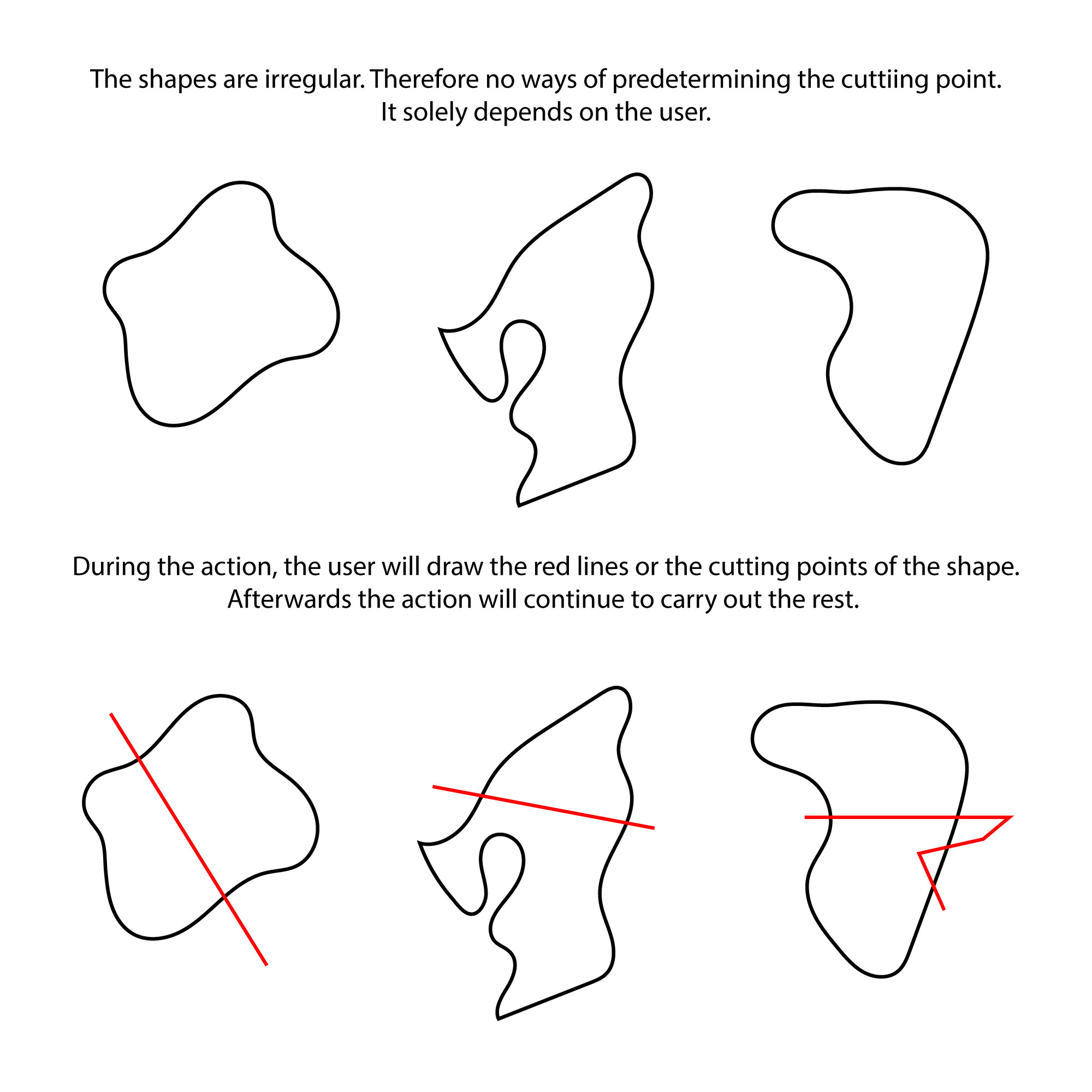 Scripts are welcome. No problem in using them.

=> now save this code as run.jsx and put it in your illustrator folder C:\Program Files\Adobe\Adobe Illustrator CC 2019\Presets\en_US\Scripts and restart illustrator and then you can follow below image

Image Explaination : Basically i had blank action named "Your main action" which in your case can be anything which just load any files or stuffs just keep in mind that you have nothing selected once action completes and then just create new action names "Cutting Action" and add Run.jsx in action and assign any shortcut "F2" in my case!

Now all you have to draw the line by pencil tool and press F2 and see magic happen! it can cut the one object in hundreds of parts!!

Not the answer you're looking for? Browse other questions tagged adobe-illustrator batch-processing actions or ask your own question.

2
Extract the text out of Illustrator file any API or script?