Is the circle rendering method I used a good design?

I made an algorithm that generates circles (it is also generalized to ellipses). Right away, circles of size 1 to 16 render like this: 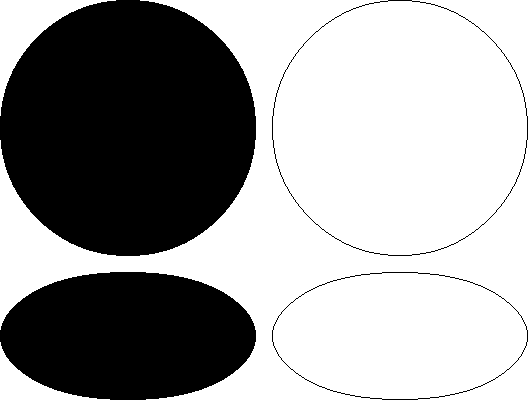 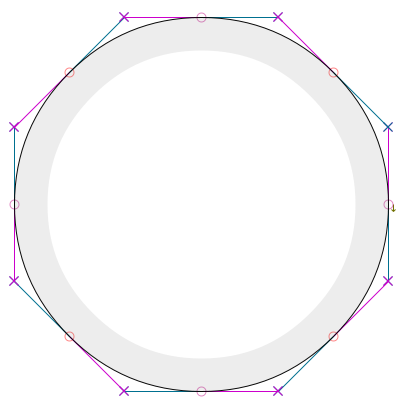 (in case of ellipses, trigonometric calculations are used to determine the positions of points that produce a 45° angle)

However, in case of a filled circle, I round the position of the diagonal points to one of those highlighted lines; the red line and yellow background indicate an example: 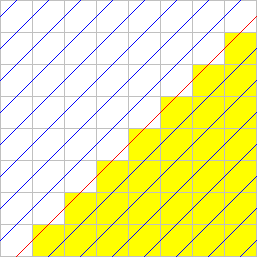 In case of a single pixel circle outline, I round the position of the diagonal points to one of those highlighted lines; the red line and yellow background indicate an example: 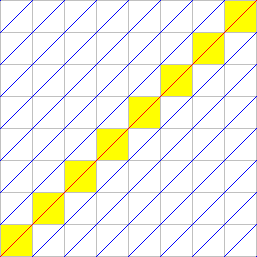 So, I'm using the principles of font hinting diagonally. And when the dimensions of the ellipse are not integers, the width and height gets rounded and the horizontal/vertical points and the center are calculated based on the rounded dimensions, but the position of the diagonal points (relative to the center) is based on the original dimensions, not the rounded ones; they're rounded not to the pixel grid's horizontal or vertical lines, but to the diagonal lines.

Here is an example of how a quarter of a 10×10 circle is rendered: 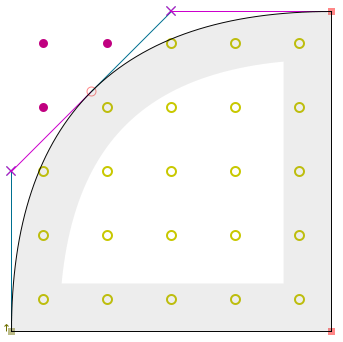 Here is an example of how a quarter of a 10×10 circle outline is rendered; which pixels the blue dots are in determines what pixels the output will include: 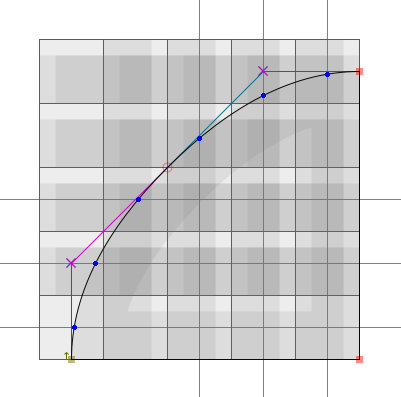 It's possible to make similar constructions for a thickness like this

(I don't know the name of this thickness) or this

(a thickness of 2 pixels) or anything.

Is this algorithm a good design or a bad design? What do you think? Does it have any advantages or disadvantages over competing algorithms (the circle algorithms in various image editors)? 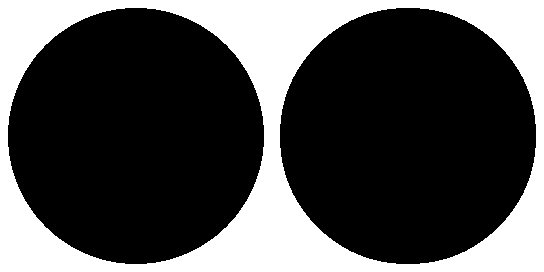 Specifically focus on the parts where the circle edge is at a 45° angle. Note how this method handles this angle.

Also, I made a webpage where you can enter any parameters of size to generate an ellipse with this algorithm yourself: https://circlerenderer.netlify.com/

I'm not an algorithm specialist, but right off the bat I'd say circles 10-11-12-13 (hollow version) still look too square-ish and not so round compared to the filled version (I mean the 45° section). The rest looks fine given the pixel size, but also not so different from existing image editors.

Not the answer you're looking for? Browse other questions tagged bitmap bezier-curve or ask your own question.