I'm trying to create laser beams in Lumion. I tried to create a standard material with emissive option, but it wont create the right effect- it doesn't look like a laser beam, and it won't cast light on the surrounding- just a murky fog that wont light the area. I've added 3 Lumion rendering and one that I created with Vray, which is closer to what I imagined. Can someone help me? Do you have any ideas how to create the laser effect? 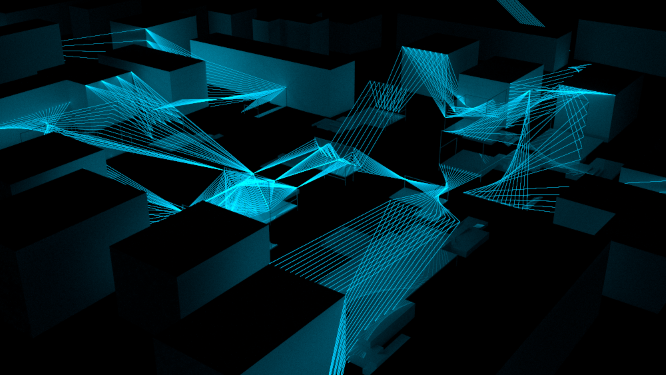 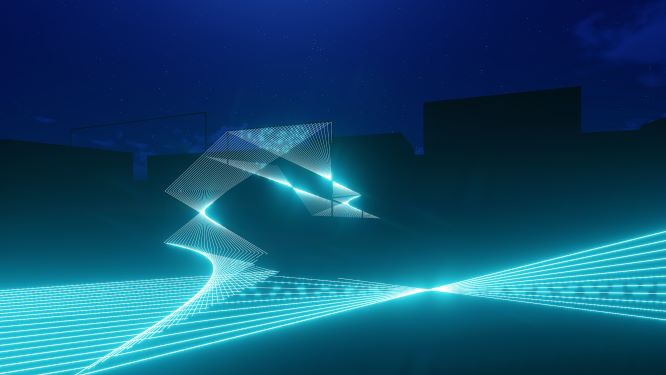 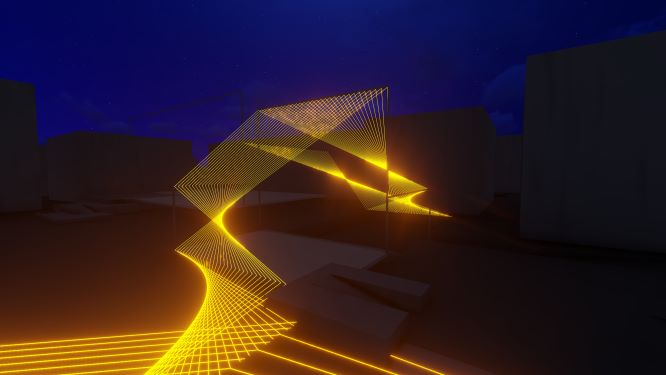 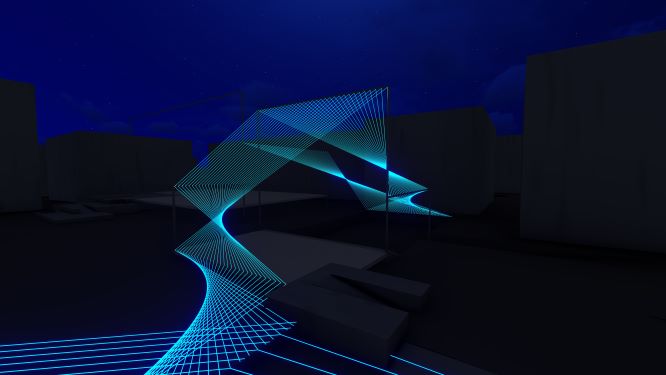 Lumion is a premium priced package. Quite few of us can afford it, so it's well possible that you get only guesses (like this) or nothing.

You obviously want nothing physically realistic, but something which is familiar from games or movies. Real laser beams aren't visible if they bypass one's eyes. The glow in the air is illuminated dust, smoke or vapor. Even that's invisible if the laser works beyond the visible wavelength range. Making the air itself to luminate needs dangerous power densities.

You have tried to place thin luminous bars in the 3D space. You should have extremely high luminosity compression (=gamma) to get some visible illumination to the environment and still keep the rays itself darker than the max.brightness. I do not know does Lumion have that capability, but I guess it's a lot better than some entry level stuff that I have. They do not have the needed calculation accuracy, high gamma lifts up very much noise (=rounding errors).

The glow in the air around the rays can be lens blooming, which surely has some adjustments in high end rendering programs. Search for it.

Your last example has differently colored glow around the rays. If you want it, you probably can get it in Photoshop as a layer style. Take into PS to their own layers the illuminated 3D scene and the rays. The rays must have transparent background. Insert to them layer style Outer Glow. I guess you do not want to model it in 3D (=two luminous materials with radial gradient densities). It's still possible that lens blooming has enough adjustments even for it.

Of course it had to be tried, no matter I haven't the software up to the task: 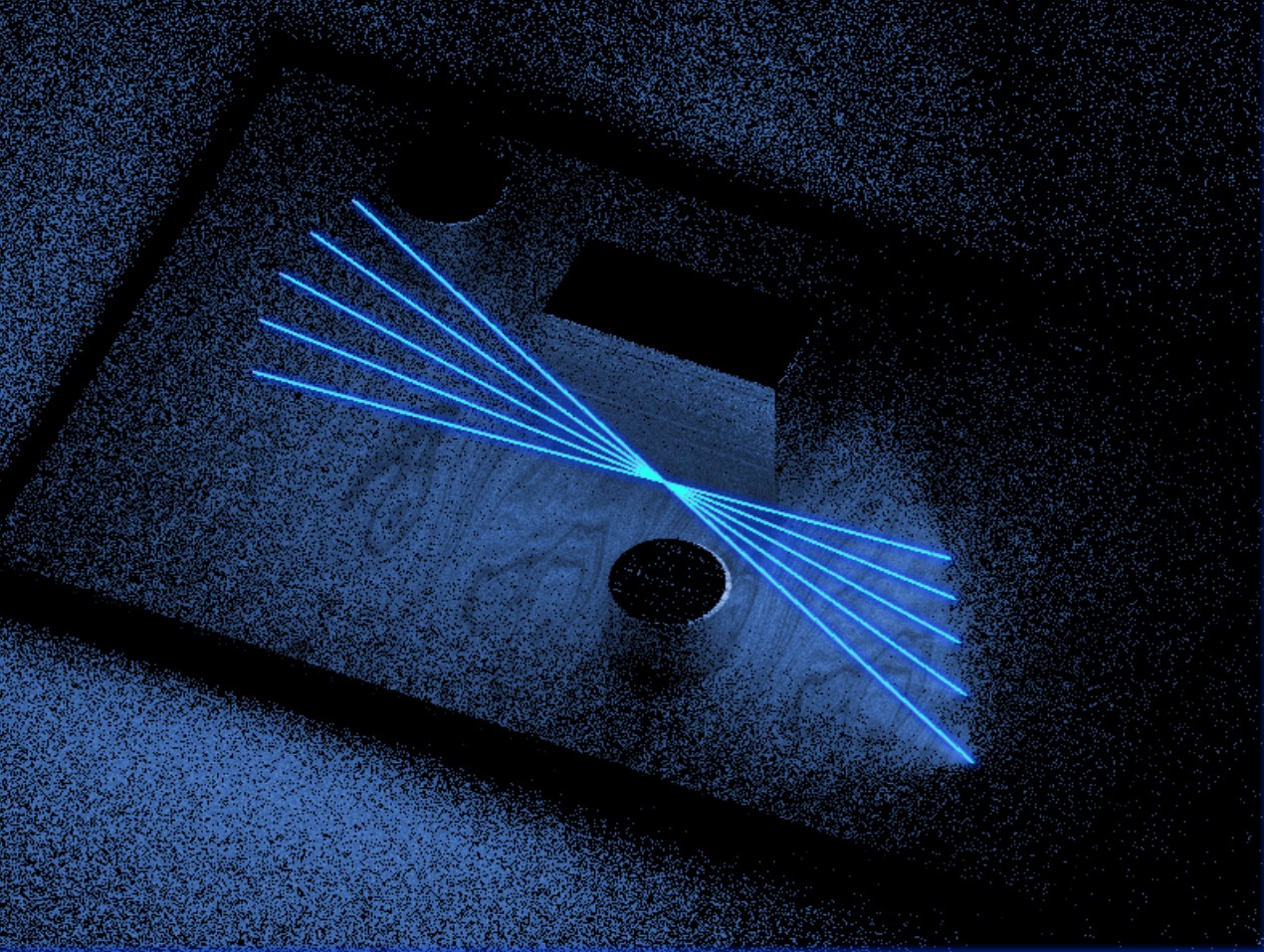 The rays are five luminous bars. There's no other light than those thin bars. The gamma is in the maximum to get something visible, other than the rays. The black dirt is the inaccuracy noise due the poor math resolution. The rays are taken to the Photoshop image two times. The first was the high gamma scene. The second version had gamma=1, there was nothing else visible than the rays on full black background. Black was deleted and the rays got blue outer glow.

More: High end rendering software can allow a light source which isn't at all visible to the camera, no matter it's in the middle of the scene. You could have thicker rays or ones with ultra high intensity - no goofing with gamma would be needed to make the 3D scene visible. You can make the camera to see only the thinner or low intensity versions of the rays at the same place.

Sorry, but this all is only speculation without having Lumion. I think it's better to ask in a site which contains actual Lumion users.

Not the answer you're looking for? Browse other questions tagged animation laser or ask your own question.