Does optical correction give a more aesthetic look to the SBI logo?

The design in question here is an official variation of the SBI logo: 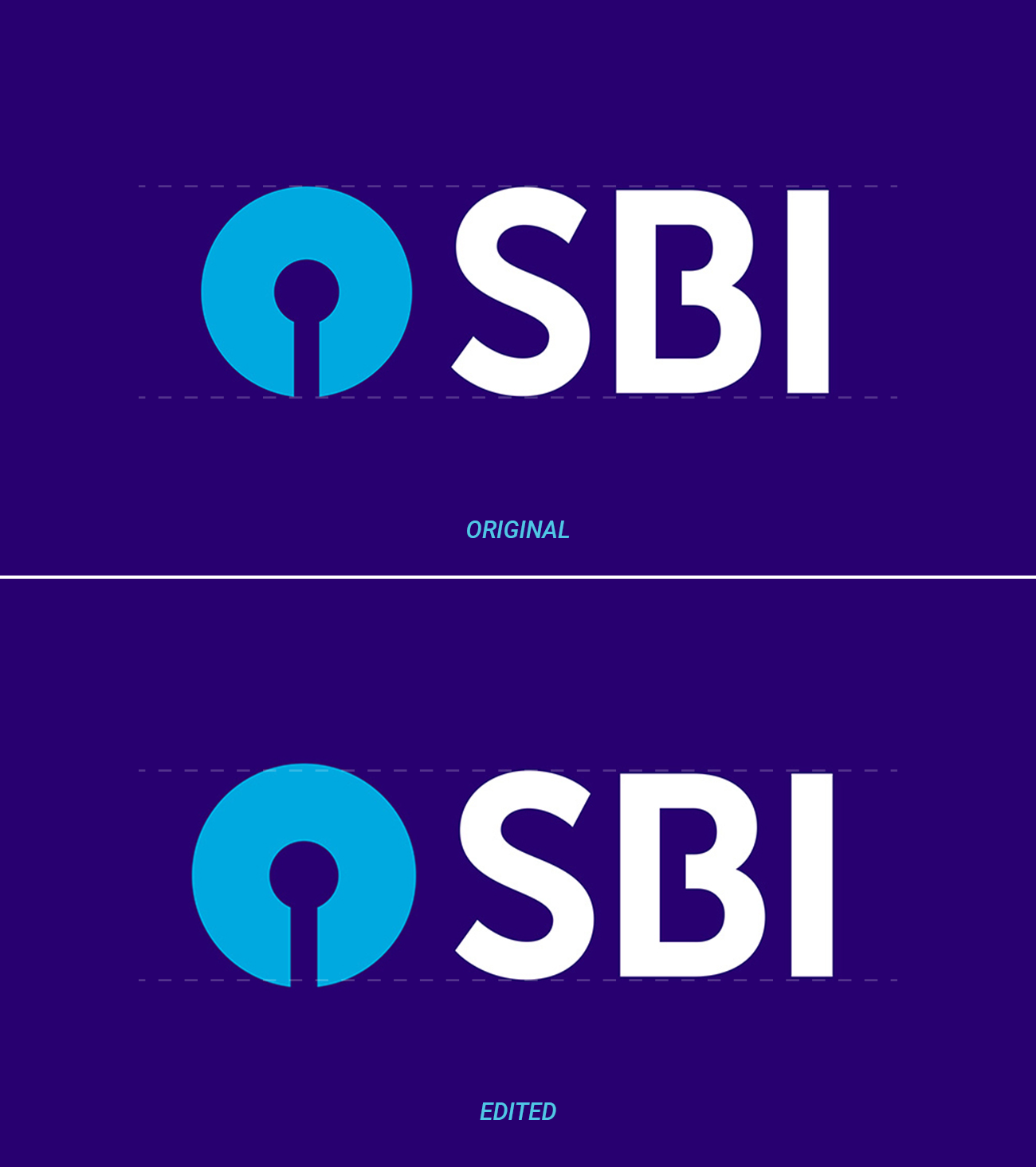 Now, I've always felt that the main circular icon feels a bit smaller, and must be corrected by enlarging it a bit to make it look more aesthetic and balanced from both sides. I've seen many many famous designs that do things like this, just to make it look better, so I guess there must be some reason behind it.

Am I correct and if yes, what is the reason for this?

In typography, this is called an overshoot. And has been a very long-standing practice.

In typeface design, the overshoot of a round or pointed letter (like O or A) is the degree to which it extends higher or lower than a comparably sized "flat" letter (like X or H), to achieve an optical effect of being the same size; it compensates for inaccuracies in human visual perception.

Yes, it makes a difference. Human visual perception is not always a mathematical constant.

At first glance, this may look like a typographical overshoot, i.e., round bases and tops of letters extending a bit further up- or downwards than flat ones – which accounts for an optical illusion. However, if you look closely, you will note that the logo and the S already feature an overshoot in the original. Also, in the corrected version, the overshoot of the S is not increased, which would be the logical conclusion if you consider the original overshoot too small. Therefore, there must be more to it.

3
How to convert my logo into white on a black background without distortion?

125
Why do some logos look dated? How does design age?
0
Why does my logo look pixelated
3
Should I give a client more logo options after refusing the initial designs?
6
Does my logo look like a Worry Stone?
6
Why does the rotating ring optical illusion work?
27
How can I make this logo look more obviously like an icing bag and a crown?
6
Optical corrections - is it ok to make a logo mark a little off center to balance it off?