Can we put back button at the bottom in iOS app? Are there any apps in App Store like that?

There is a usability issue of reaching back button in iOS because it is on the top left. I want to put it at the bottom left for reachability. But my developer says it is against Apple guidelines. Can we put back button at the bottom in iOS app? Are there any apps in App Store like that?

Here is an example: 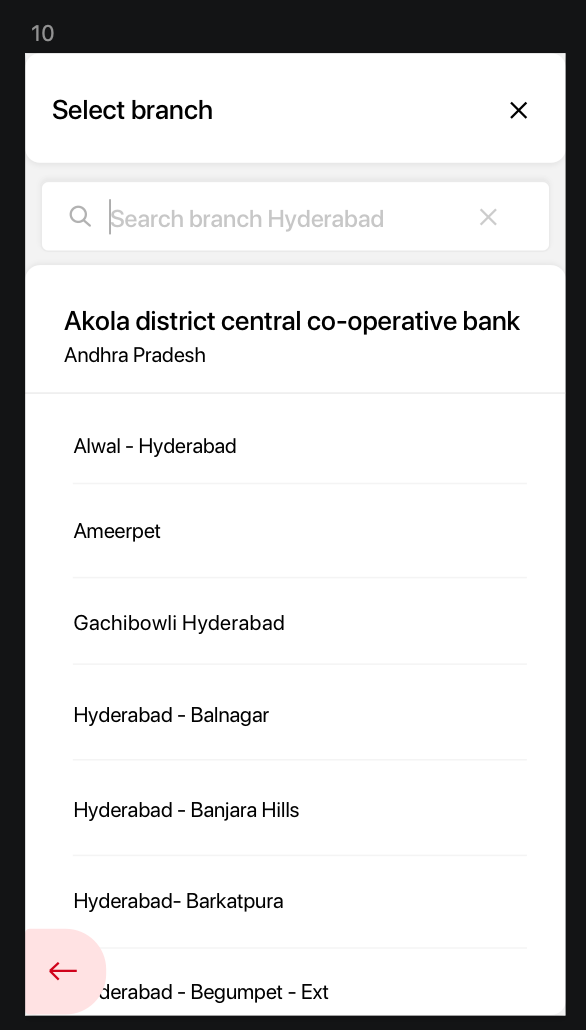 There is a usability issue of reaching back button in iOS because it is on the top left.

This is not a usability issue - if it were, then the vast preponderance of iOS designs which conform to the Apple dev guidlines would be driving huge failure rates, mis-use stats etc to demonstrate this "usability issue" - this is not the case.

I want to put it at the bottom left for reachability.

Apple iOS dev guidelines suggest an icon tray in the bottom location, which can allow hopping from one activity bin to another in the app, accomplishing far more legible navigation than a non-contextualising element like a browser-style "back" button - see almost any well developed iOS app, from Apple's own App Store app to Art-Station's curated design app to Behance's app to the New York Times app - all use the bottom touchable nav icon bar - and when / where there is a back button, it's always upper left as mandated by Apple. Part of the reason they mandate stuff like this is for consistency - which, by the way, aides ease-of-use by closely tying user expectations to achieved results.

But my developer says it is against Apple guidelines. Can we put back button at the bottom in iOS app? Are there any apps in App Store like that?

Whether or not others have violated this guideline and somehow snuck through the QA process seems irrelevant compared drilling down to state to the simplest version of your question:

"Should we willfully and capriciously violate the Apple iOS Developer Guidelines in an app we are developing to deploy on iOS through Apple's QA and App Store process?"

Quick review: Apple's iOS dev guidelines are clear, allow wiggle room on many things, but not on the basics of the OS interface paradigm, which is in fact theirs to mandate.

The simple effect of highly-design-focussed consistency is an aura of quality - of reliability and a marriage of beauty and function.

It's where iOS stands head and shoulders apart from the Wild West of Android's interface cludges, and the same of Mac OS apps vs their typical Windows equivalents - in Mac OS, Preferences is ALWAYS in the same location, whereas in Windows, the location and naming of "Options" or "Settings" or "Preferences" is up to the developer, and is therefore totally unpredictable for the typical user, and in many cases changes in the same software package from version to version - precisely because it's not mandated by Microsoft to be simple and consistent.

As stated in Gerard’s answer, you should stay consistent with the default navigation bar.

iOS already provides gesture-based alternatives to back/close/cancel buttons. They can be done from the bottom part of the screen. Users will expect your app to support these gestures.

Not the answer you're looking for? Browse other questions tagged interface-design designers ios button or ask your own question.

7
Is it acceptable to make a Windows Phone 8 app that looks like an iOS app?
2
How to convey requirements with a designer?
2
How to to use bevel and emboss properly for clean buttons in photoshop cs6
2
Are iPhone apps based on a grid?
17
How to draw a hierarchy button set and look less offensive than it is?
0
How do I properly use device imagery in iOS apps?
1
iOS design guidelines like Android's?
2
Junior Designer - Struggling with iOS icon sizes
0
Text/Icon Radio Button Name?