How do i draw this reflection on the shark fin?

If you want to avoid drawing it, you can make a boolean difference of two different ellipses. In Illustrator that's one of the functions in the pathfinder panel. In Inkscape it's Path > Difference: 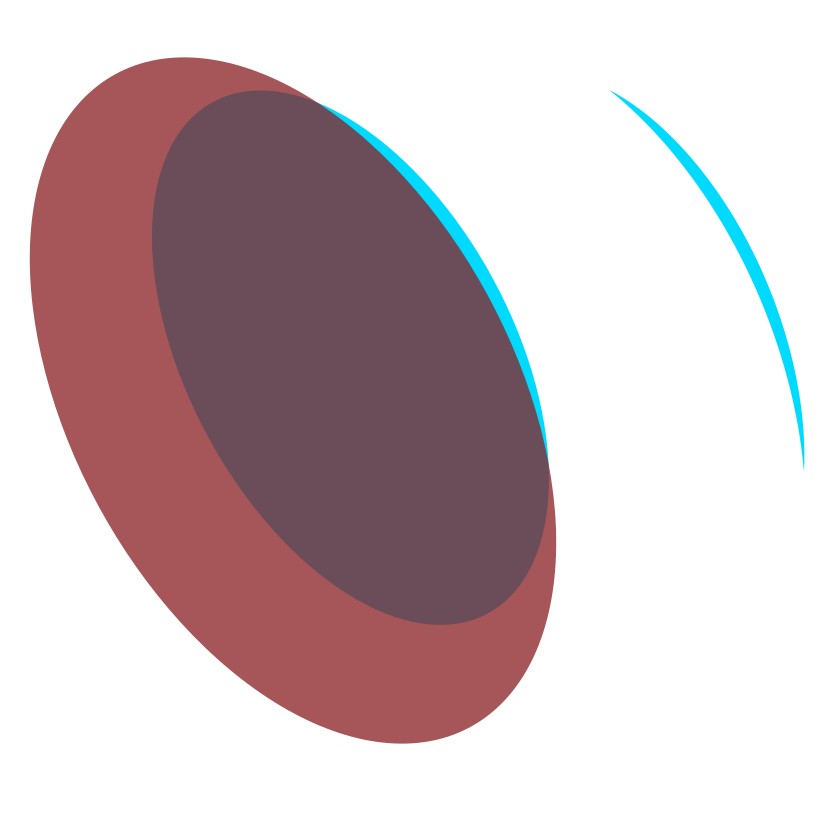 The reddish top ellipse is half transparent to show the bottom ellipse.

It also can be a single arc with variable width. Illustrator has the Width tool for it and in Inkscape path effect Power Stroke makes path widths editable with the node tool. You can also use a brush which places a variable width shape instead of a simple stroke. In Inkscape the arc must be a path (=drawn with the Pen or a circle or ellipse arc converted to path with Path > Object to Path, Illustrator hasn't that separation).

But as already suggested, a serious user draws it with the pen. After practicing a while one learns to draw simple shapes in the fly, directly dragging the Bezier handles out as he draws. A beginner must start with clicking the nodes at first. The example is in Inkscape: 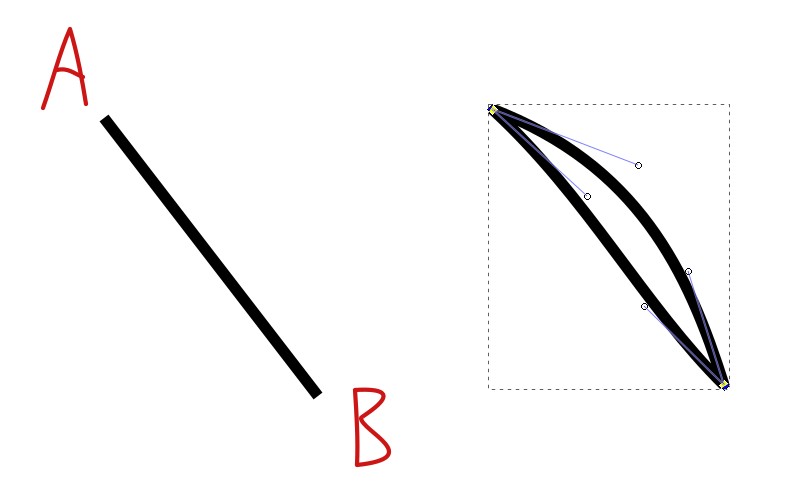 This needs 3 clicks A - B - A. The last click closes the path, which is now a straight line. With the node tool one drags the Bezier handles out of the nodes by holding Shift at the same time.

Remove the stroke, set the fill color and fine tune the handles with the node tool: 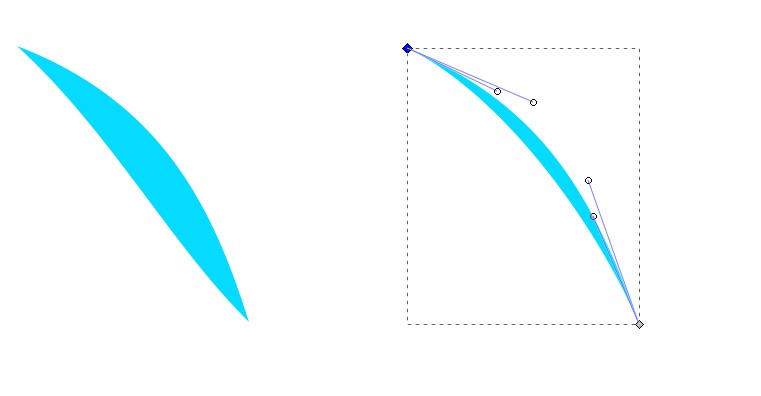 In Illustrator anchor type tool must be used to create the handles. Handles and anchor points are moved with the direct selection tool.

Drawing it directly often lures one to insert extra nodes to make the drawing easier. But the editing is more complex if there's extra nodes: 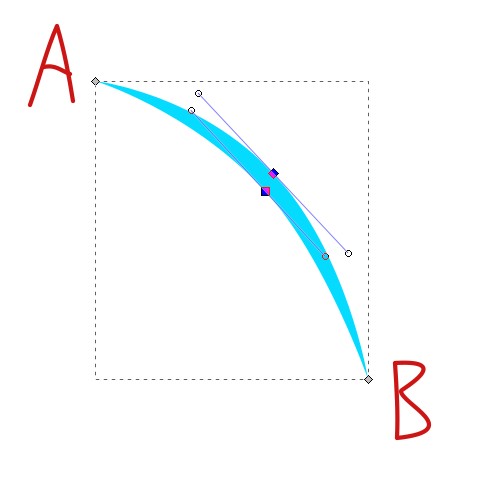 This has intermediate nodes in the midway forth and back. They are drawn by dragging at the same time. A and B have got only clicks.

I would merely draw a path with the Pen Tool, set it to have a thick stroke, and use a Stroke Profile to narrow the ends. You only need one path with a curve to it.

Then, simply by changing the Stroke Weight you can alter how thick/thin the highlight is.... 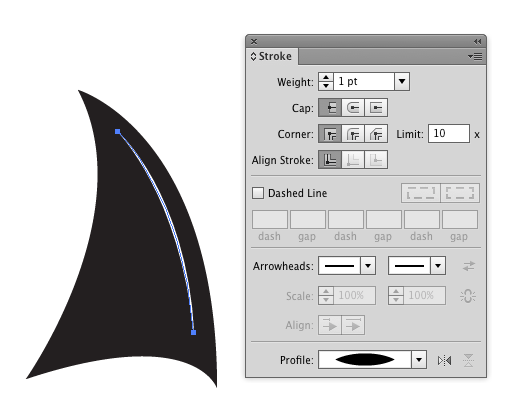 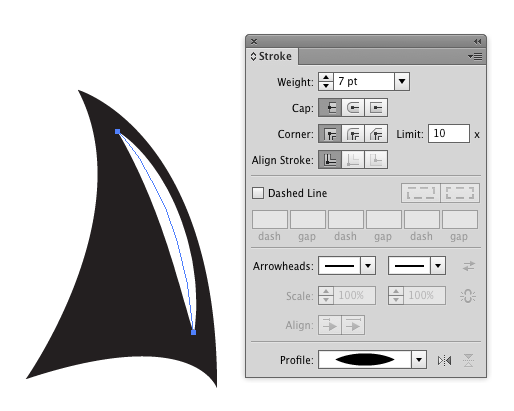 Then, if you need it as a shape rather than a stroke -- Select it, and choose Object > Expand Appearance from the menu.

Not the answer you're looking for? Browse other questions tagged adobe-illustrator shapes pen-tool or ask your own question.