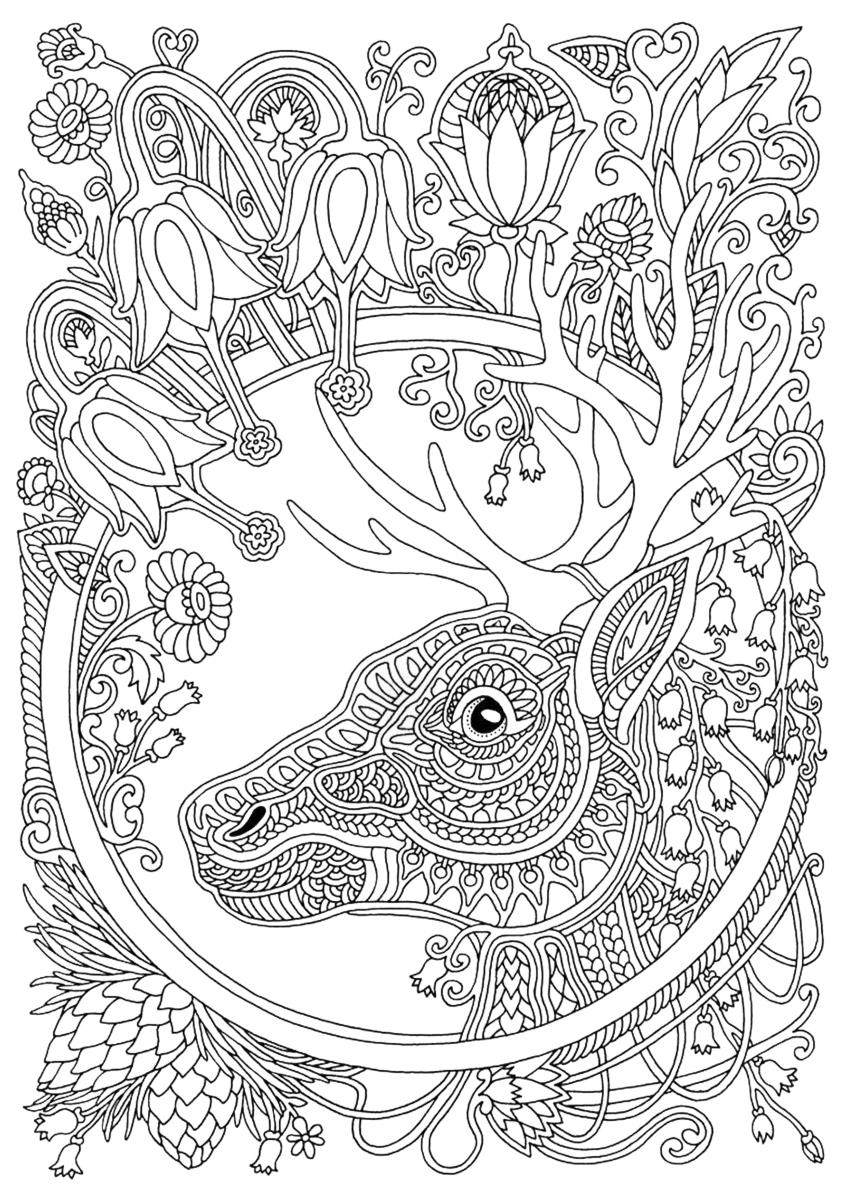 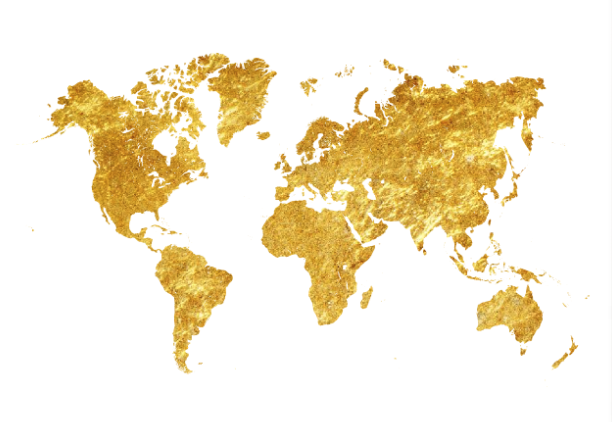 But the best I could do was this (don't mind picture frame and scenery, irrelevant) 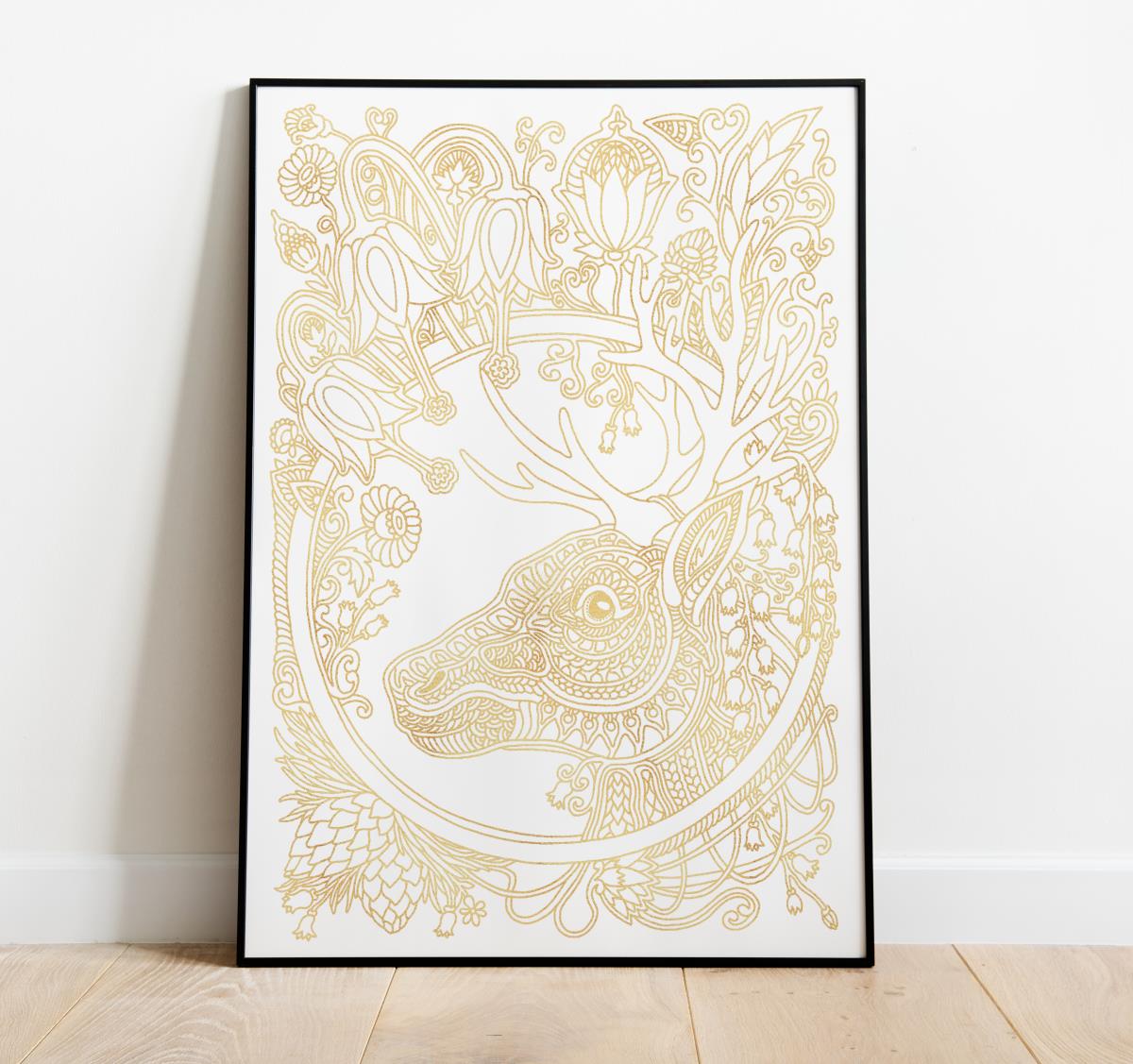 I did it by uploading my own pattern and just using bucket fill, but I feel like there is some better way.

I want to do same thing with silver foil and probably few other colors, and so I am looking for method that is very quick. It doesn't have to be really amazing but if I could make it better than what I already made then it would be great.

What do you think? I would prefer to use GIMP but if you know way in Photoshop then no problem I will be more than happy to do it there.

ps. All pictures I will edit will be black/white only, I think the easiest ones for such editing.

I think what you have done is fine. The problem is getting a texture to show up well inside such thin lines. I don't think there's much you can do to improve it, except maybe choose a darker gold texture, and thicken up the lines a little perhaps. It's all about getting enough contrast between the white and the gold.

Something like this might work. I made it in GIMP. I made the gold texture darker using curves, and used an inverted version of the drawing as a layer mask, and thickened the white lines in the mask by using curves. The texture could be desaturated for a silver effect. 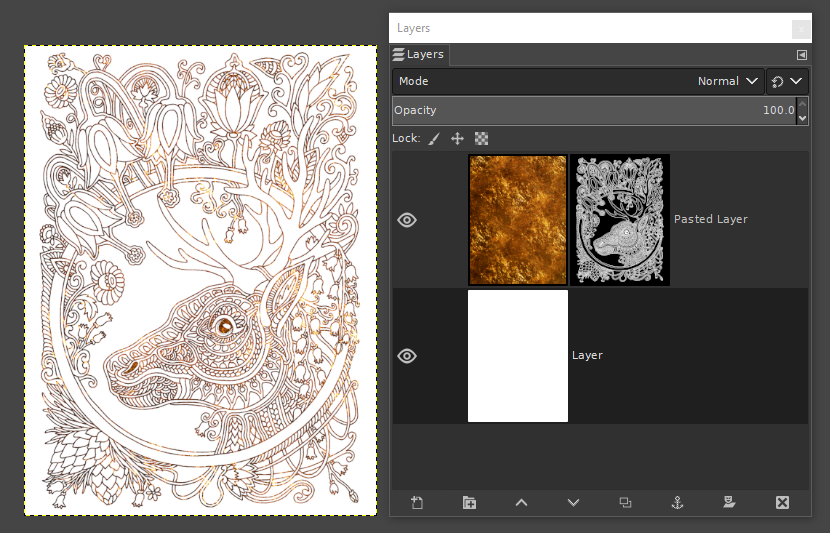 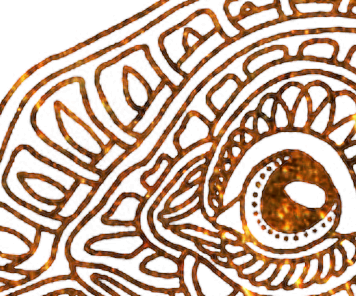 Another possibility with a lighter gold texture is to choose a black background. 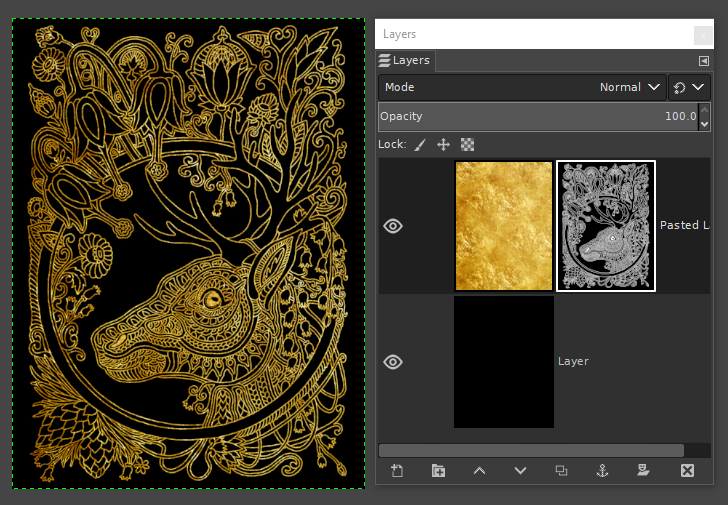 Your drawing has so narrow strokes that they are difficult to make seem metallic in small size. If only the black strokes should be metallic, then I think you already have as good answer as possible (=the strokes are used to mask a foil image and the result is placed on a black background for good contrast)

Here's another way: Have the white areas as plain foil, present your shape as a fake embossing.

The large white areas and black areas are both separated to different layers and colorized with yellowish gradients. Before making the copies the contrast was increased.

Both have got differently set Bevel&Emboss layer styles. The originally white areas are in the bottom and have wide bevel, the originally black strokes are on top and have got less wide pillow emboss. 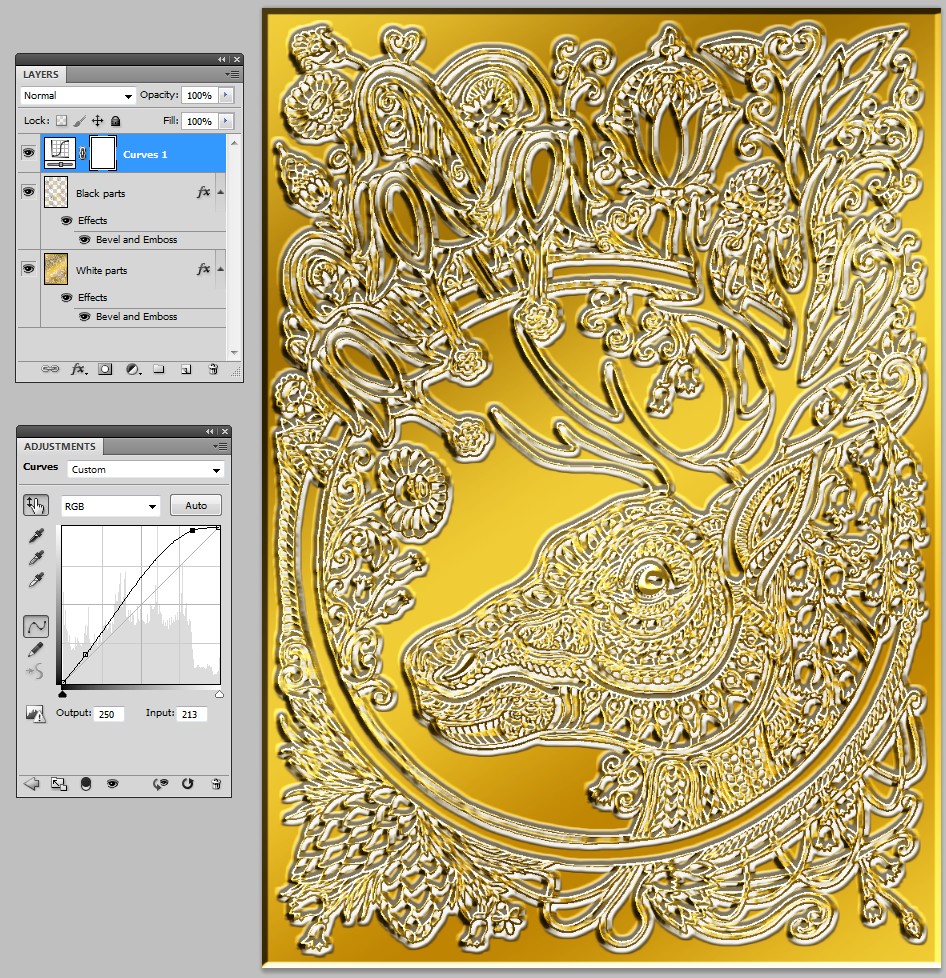 The curves layer is for controlling the gloss.

NOTE: Photoshop's Bevel&Emboss has also a customizable complex bevel profile. It's well possible that one Bevel&Emboss in the stroke-based top layer is enough with it.

I saved a copy of the PSD here for inspections:

I guess the result would be better if the white areas were colored with a foil texture photo instead of a gradient. This is a test of it: 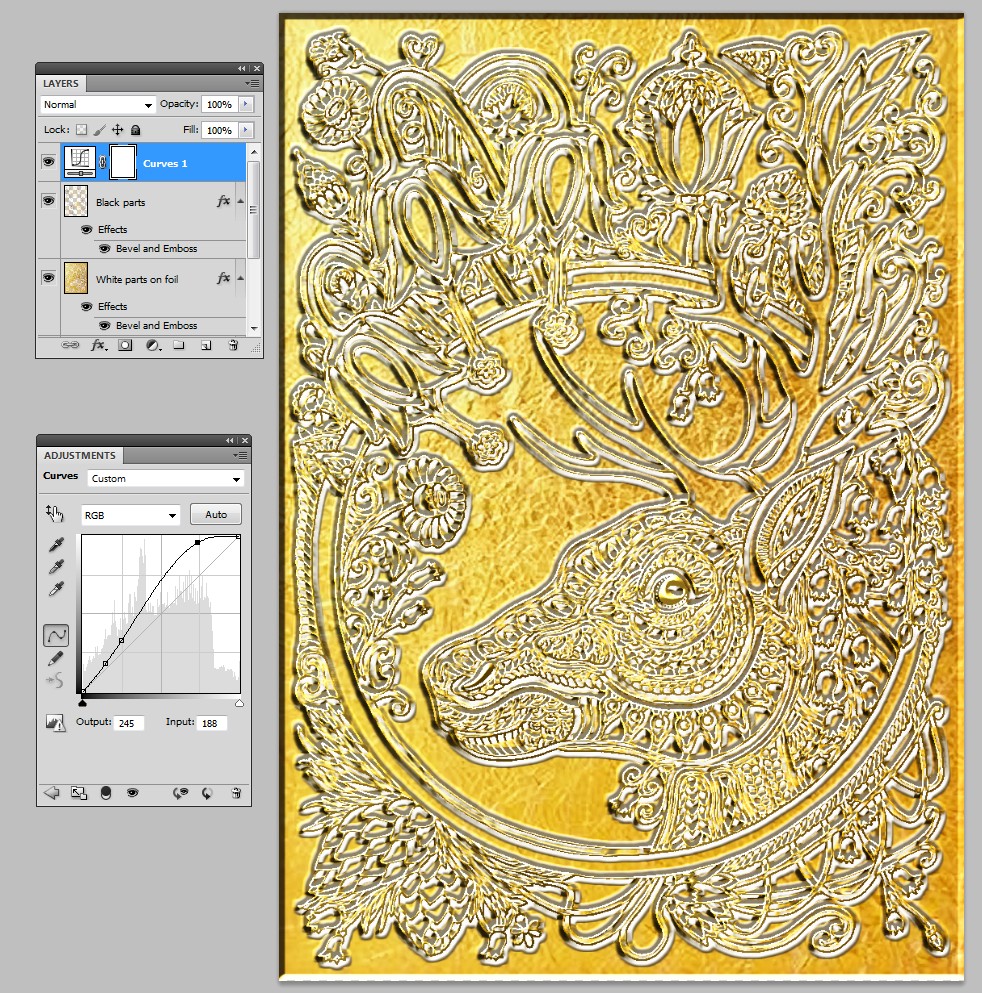 It's not especially good. The foil photo is too blurred. Unfortunately I haven't a sharp one.

About GIMP: It hasn't as standard rich enough bevel & emboss effects. Something which at least resembles the results in Photoshop can be found in downloadable extras. I have met it in a Script-Fu collection for the previous version. Searching one for current GIMP is beyond the scope of this answer.

Not the answer you're looking for? Browse other questions tagged adobe-photoshop gimp gradient photography or ask your own question.

1
How to create a template for a wooden photo FRAME to support different types of patterns and styles in PS?
1
Preventing pixelated edges when merging two images in Photoshop
1
How to beautify images without decreasing sharpness?
3
Creating a realistic gold surface in GIMP
2
How to correctly adjust color saturation in picture when preparing it for magazine print?
3
How would I smooth a gradient?
2
How do I create a fuzzy fade-out-to-transparent blur effect on the background of an image in PhotoShop