Transforming with rotate tool but keep the object position fixed?

How to Rotate the stars around the circle that keeps the star position fixed?

I am trying to make a logo and trying to rotate the Stars but My the desired result is like this.

But the result that I am getting is like this. 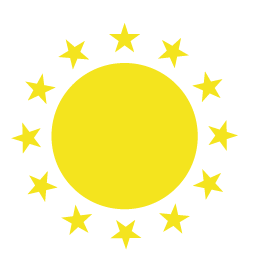 Could somebody guide me on how to rotate the stars but stars with fixed position? 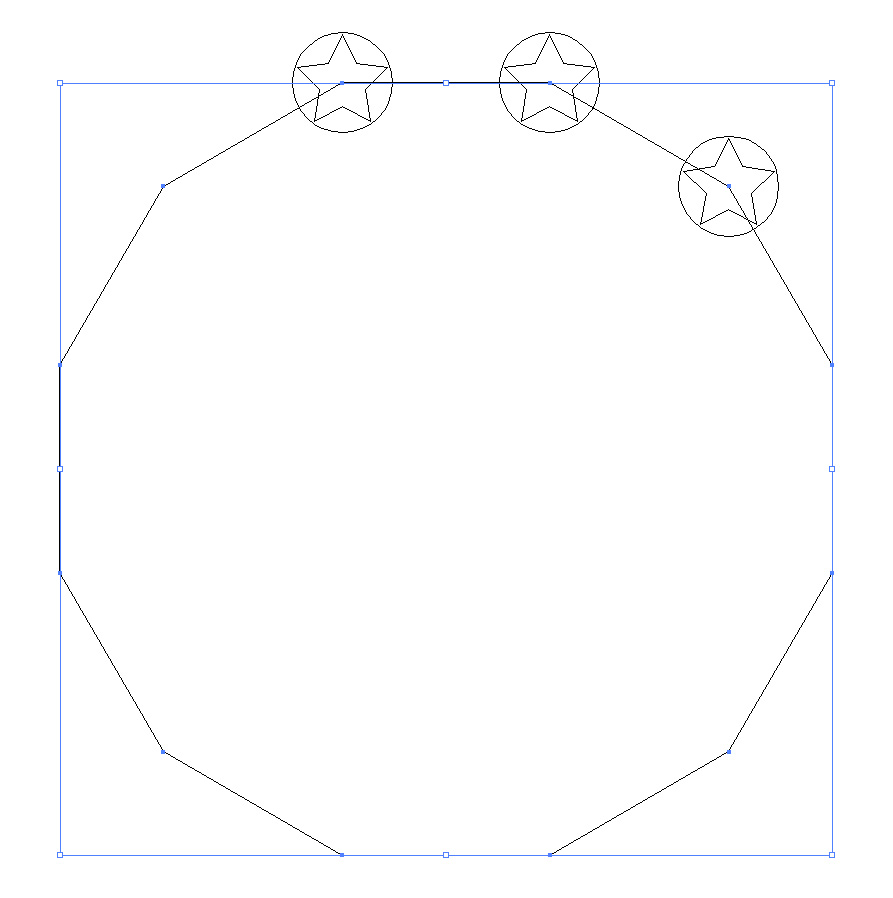 If you don't want the stars to rotate as they go around the circle, you can create a Scatter Brush like this, and apply it to a circle.

You have used different 5 cusp star than Illustrator's default star. I drew one for tests. A placement example: 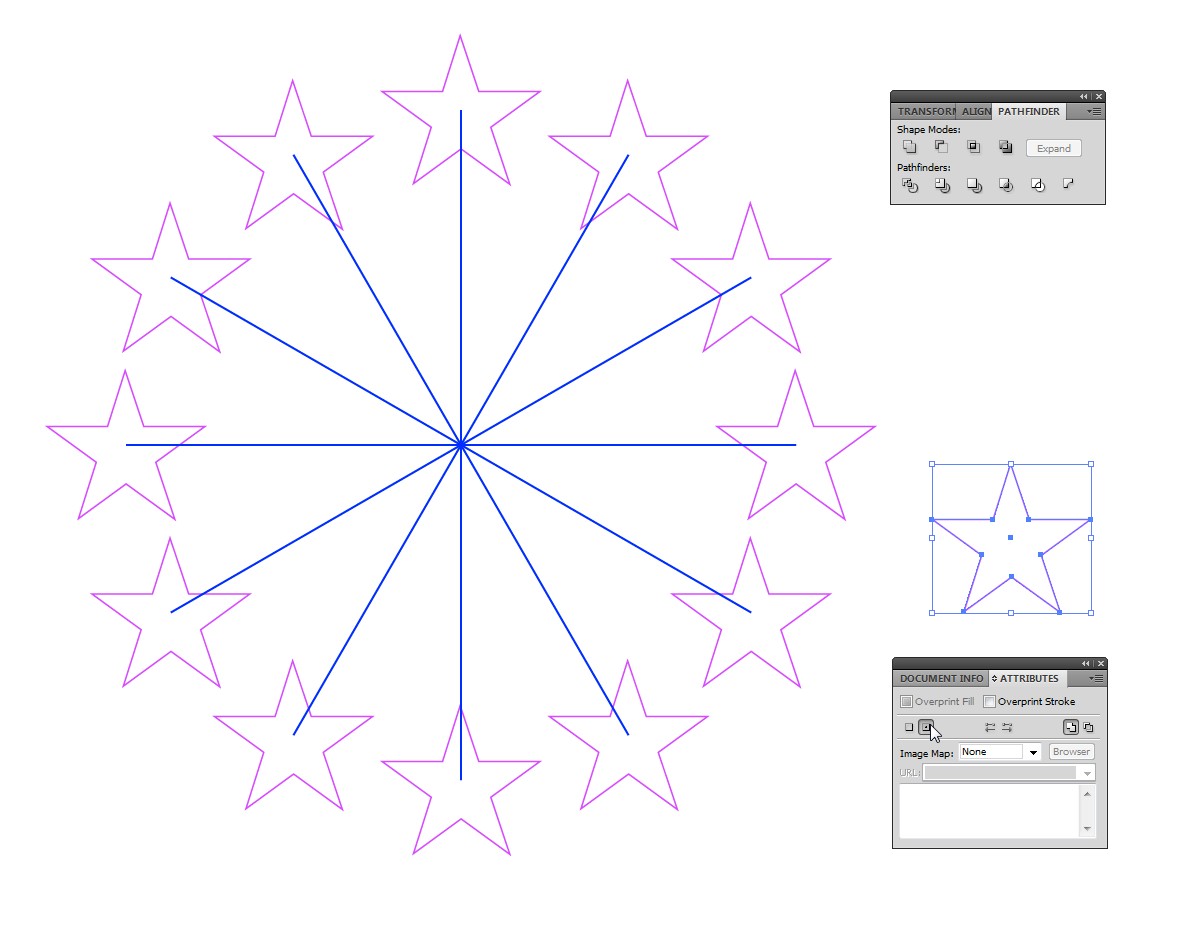 Select the star prototype. Turn "Show center" =ON in the Attributes panel. Make copies and drag them to the right places by dragging the centerpoint. They should snap if you have option View > Snap to point =ON.

Group the lines and keep them until you are sure everything is centered properly. You can make them invisible in the layers panel. Also group the stars as soon as you have placed them.

Not asked: You will probably see another problem. It's the apparent non-symmetry, if you place a circle in the middle of the stars: 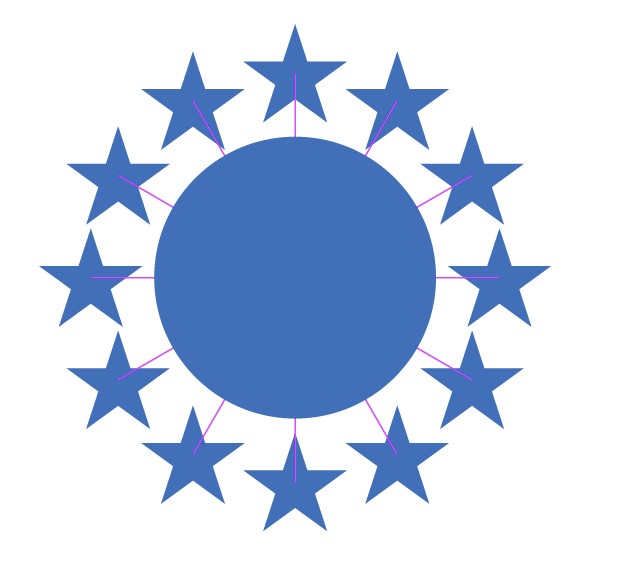 The center of the circle is at the crossing point of the placing lines and it clearly seems to be at too high. I tested, does it help if the stars are placed by using their mass canters instead of their bounding box centers. It didn't help, the circle seemed to be at too low.

I guess you must finally move the grouped stars upwards purely subjectively. For comparison there's the subjectively fixed version in the right: 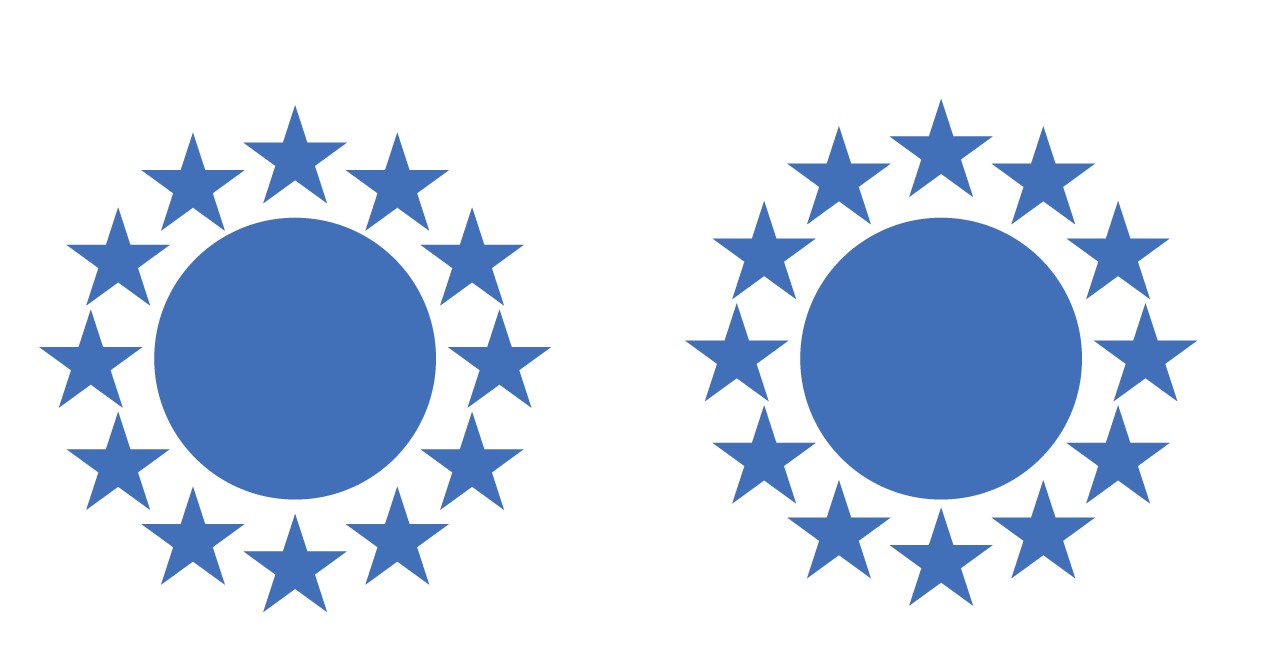 I always find it rather funny that people dont know that you can actually move the point about which to rotate (also, skew, scale, mirror) if you use the rotate tool*. The rotate tool is the first transform tool in the toolbox (R).

Learn to use the rotate tool it can solve so many other geometric problems you are going to have. For example align things (see image 3 below), form more practical examples see this, this, here

Image 2: Rotate tool can do so much more for you

Not the answer you're looking for? Browse other questions tagged adobe-illustrator shapes illustration or ask your own question.

21
How to make a circle with grid on the outside ring
6
How to rotate an object to make one of its side parallel to another object's side in Adobe Illustrator?
3
How can I arrange overlapping circles into a rosette?
-1
How do I split a circle shape into diaphragm-like segments in Illustrator?

1
How to copy an object to the exact same position across a guide?
2
How to access the rotate by angle functionality of Illustrator's Rotate Tool
7
Object dimensions change after filling with the Shape Builder Tool/Paint Bucket Tool
2
Star tool not working properly in Illustrator
3
Circle with arrows in Illustrator
7
How to draw a radially symmetric 5-pointed star?
1
Changing Stroke Cap Angle
1
Rotate Tool keeps rotating the specified path as well in Adobe Illustrator