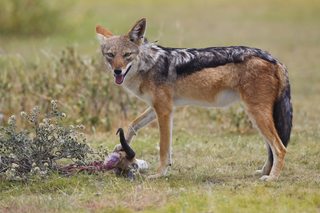 I created a layer mask, and painted with a large feathery brush on the mask to remove the background as best as I could, and then ran it through a plugin, result in this: 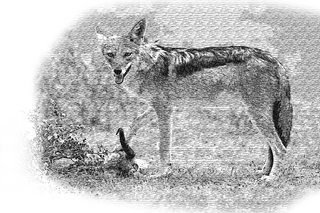 It is far from the "background removal" effect I was hoping for, more along the lines of this: 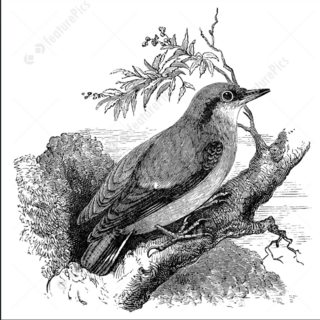 My question for this one is fairly narrow. How do I create a sort of pseudo-radial gradient, basically a fade-out "flow map" around the subject of the photo? Sort of like this: 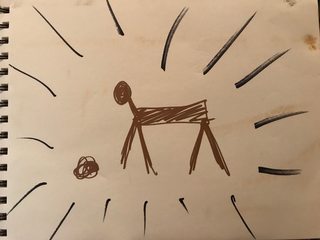 The darker black rays extending from the subject in the center symbolizes the "gaussian gradient" effect I am trying to achieve.

Basically, I know how I can create a linear and a radial gradient. So I would create several masks at different angles using a linear gradient. But that seems like kind of a hack. Is there no way to simply draw around the subject of the photo with some tool, and have it use that lasso as the starting point for a gradient, to which the gradient would flow outwards from each normal vector from the border of the lasso (sort of thing). How can I accomplish something like this? If I am way off base, which direction would be a more suitable one to try?

I tried this to (a) remove the background on one layer, then lower the transparency to 50% on the first layer (of the whole image), then combine the layers. Doing that gave me a janky cutout of the subject, whereas I would prefer a more fadeout approach, so not sure how to do that yet. But the result is slightly better since now the background is more removed. 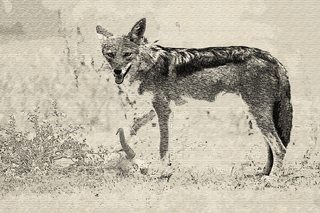 I tried this only to get a slightly better result: 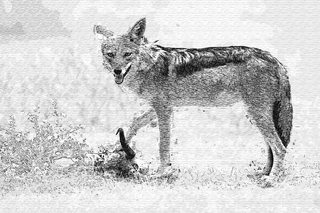 But I don't know how to get the masking just perfect, nor how to have the background sort of feather-fade out.

Perhaps this is what I want.

I also tried this, but didn't seem to get very good results. Maybe it takes practice, would be good to know. Here's what that looked like: 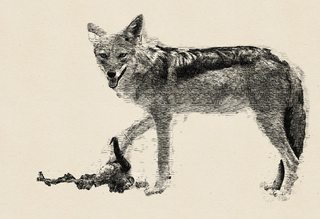 This is helpful. Here's what it's like with a blurred oval vignette to transparency. 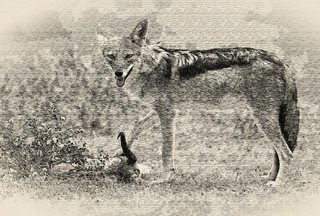 Edit Here's what I did, please let me know how to do it better. 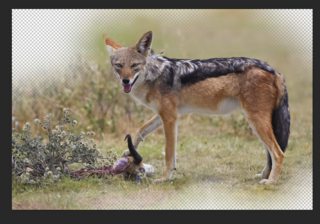 Then it turned into this: 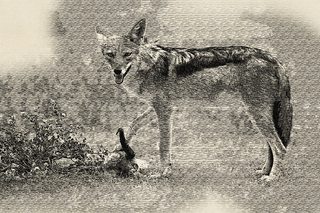 Still not that great. I would like for it to have the qualities:

If anyone knows how to improve this please let me know. Thank you.

Still not that great :/

I think the main problem with your example is the lack of contrast between the background and subject. Here's one method which could be used to make the subject pop more, like an illustration.

Duplicate the layer, then create layer masks to separate the fox from the background.

Perhaps something like this shown below. Here I masked out the fox, using the Select and Mask functionality. Then on the bottom layer I used a soft edged brush to paint a fuzzy oval as the mask. I also used the same brush to paint on the fox mask at the right side, to give the same effect on that layer. 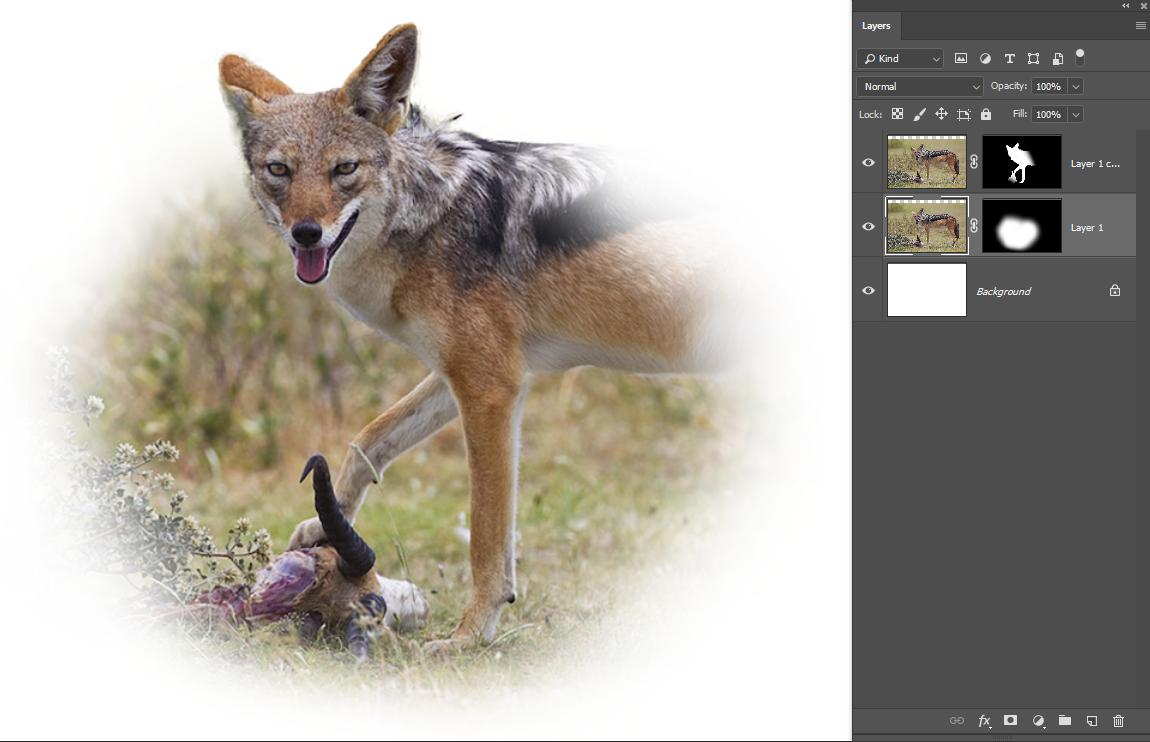 Next, flatten the image, and run your action.

You could if you want use this free Engraving Action for Photoshop. Note: I have no affiliation with the website or developer.

The results will not be as good as a hand drawn engraving. Anway here's an example of the output. Note that I also had to resample the image to 300ppi to make it big enough. Then I simply ran the action. 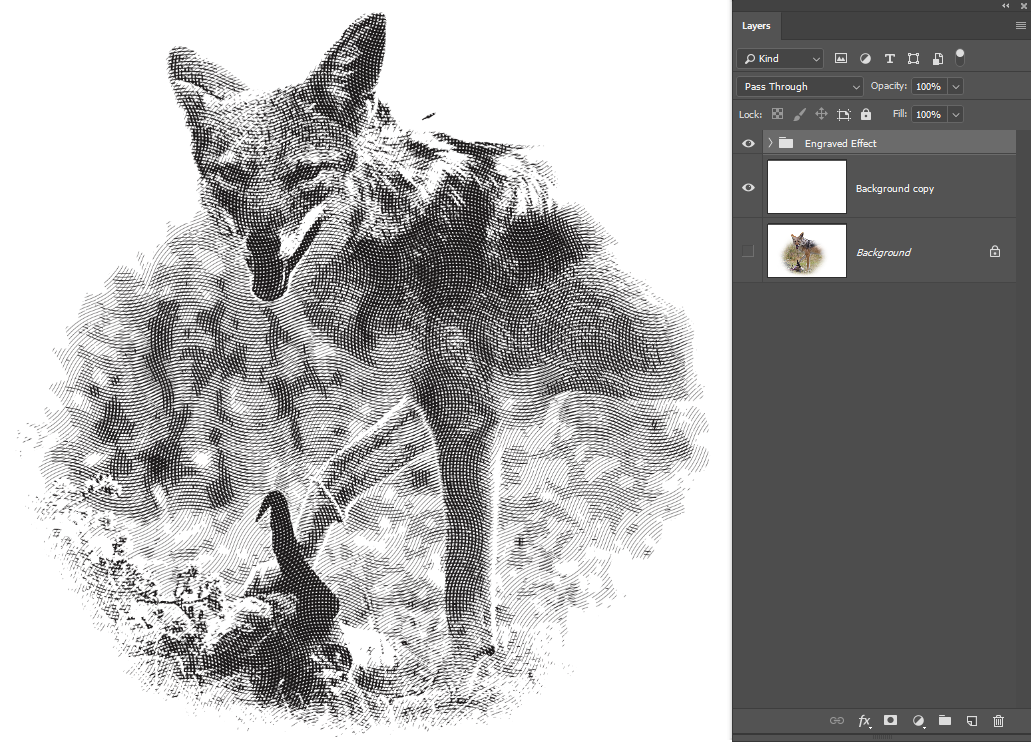 Take the pen (=a Photoshop tool) to your better hand and draw a clipping path. It's a hefty job for one who hasn't practiced it. 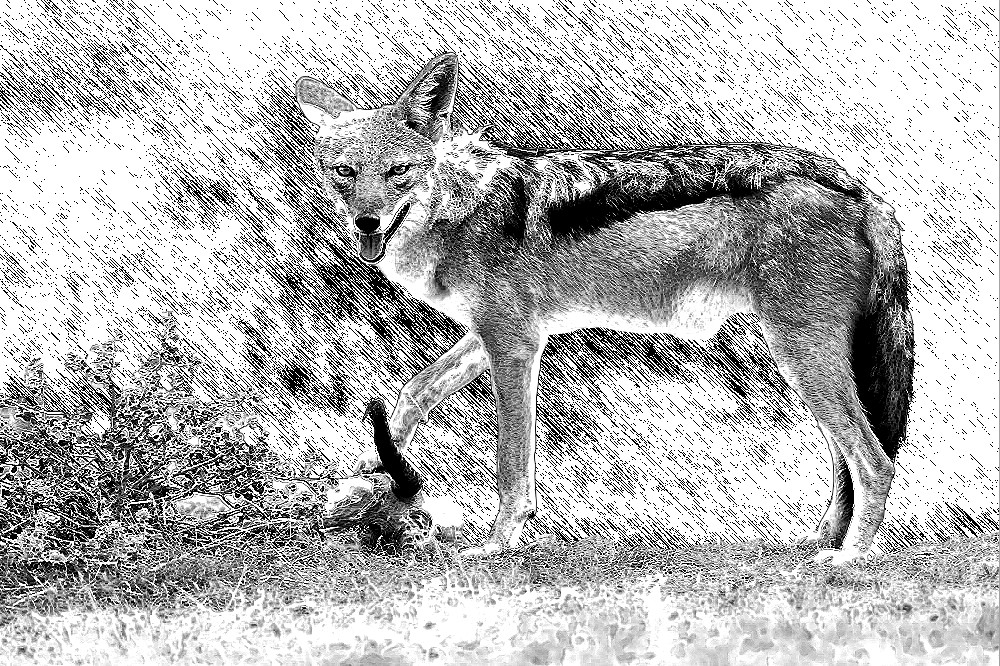 As you can see, the background has got manual painting to make the white fur areas of the beast visible without inserting a stroke. There's a stroke around the legs and ears.

For more focus you can insert a vignette. It cannot be blurred, because grey will look dirty. 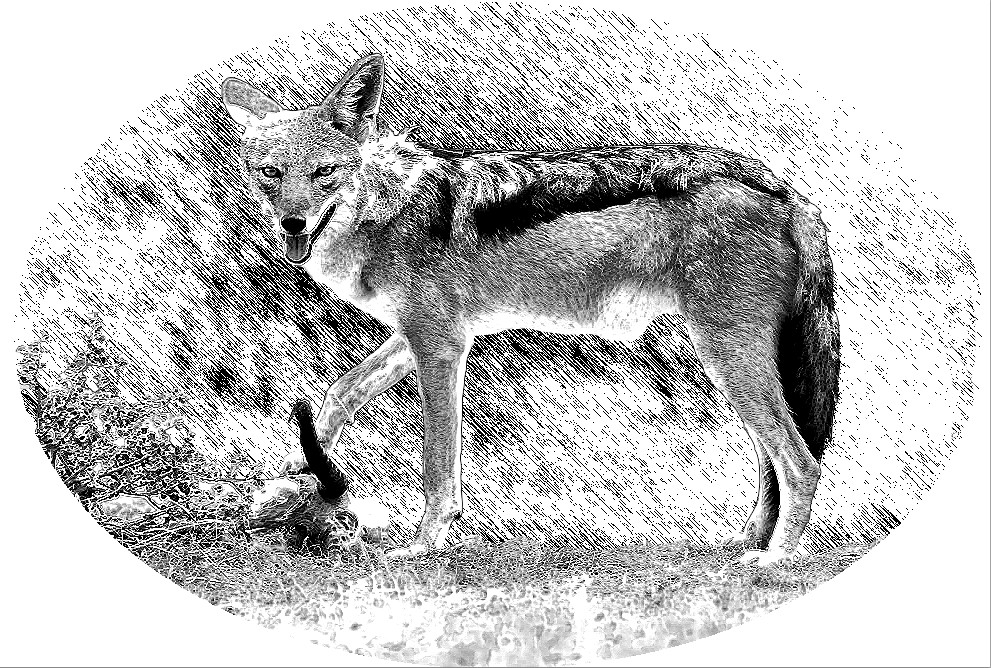 If it must be gradual, it must be inserted before filterings so that it appears as sparsening blacks, not making greys.

The PSD can be got from here for inspecting https://www.dropbox.com/s/wk4h1c59eb9qiyo/Beast.psd?dl=0. Filterings have all been destructive.

NOTE1 There's a comment which asks what does "layer get filtering" mean? Here's some explanations:

The subject how to convert photos to resemble engravings has been discussed before and if you had asked it again, the question probably would today be closed.

There's no automatic method which makes the conversion properly. If you watch the lines in the bird image, you see they follow the curvatures of the surfaces. In addition their density variations create greyshades and some lines are drawn as outlines. A photo hasn't the needed 3D information. All fake engraving filters fail in following the curvatures of the surfaces. They success better in creating greyshades or outlines if the photo happens to have properly separated main subject and the background.

Your photo hasn't such separation. The background is fuzzy due the intentionally limited depth of the field. Pro photographers use that trick to create the separation, but as you have already seen, it vanishes as soon as one converts the image to black and white lines which are big enough to be seen.

The only way to avoid it is to separate the main subject (=the foreground) to a new layer and convert it to lines there separately. I did the separation by duplicating the image layer and deleting the background from the top layer. I drew a clipping path for the removal - no color and contrast based methods can be used, because the differences are too small.

Both layers got complex filterings, but different ones to make the background sparse enough. I didn't try to make them fake engravings, because the beast has a fur which already contains lines and the plants under the beast also have lines. I decided to save them.

At first I applied Image > Adjustments > Curves and > Black&White to the separated foreground to stretch its contrast but still showing that there are clearly white, grey and dark areas in beast's fur. Filter Brush Strokes > Ink Outlines with shortest possible stroke length turned the fur and plants to lines. Some quite large areas of the fur turned full white which was treated later.

The background was intentionally unsharp in the photo. I added 9,5% of noise to it to create for the forthcoming filter a possiblity to catch something. The actual filtering for the background was

In addition the background got a painted layer which made it lighter at the edges and an adjustment layer "Treshold" to make it black and white. You can see them in the linked PSD

The treshold was adjusted to make the white edge areas of the fur visible. The lightening painting was tweaked for good balance between that visibility and keeping the background generally sparse.

The feet and the ears of the beast needed stronger outline than filter Inked Outlines made. I duplicated the foreground layer and inserted to the duplicate layer style "Stroke". One pixel wide black stroke appeared just where my clipping path was. As well I could have stroked it, but the layer style was a few second faster way.

To fix the stroke to editable I merged the duplicate with an empty layer. Then I erased the stoke except around the ears and the feet.

I'm not sure what you're using to do the drawing, your package might be more or less sensitive to contrast, though basically I think its contrast detection is too harsh. This was a quick go using Photoshop & Studio Artist...

First, use 'Select Subject' to roughly isolate the main target.
I didn't worry about accuracy, i don't think it was necessary. 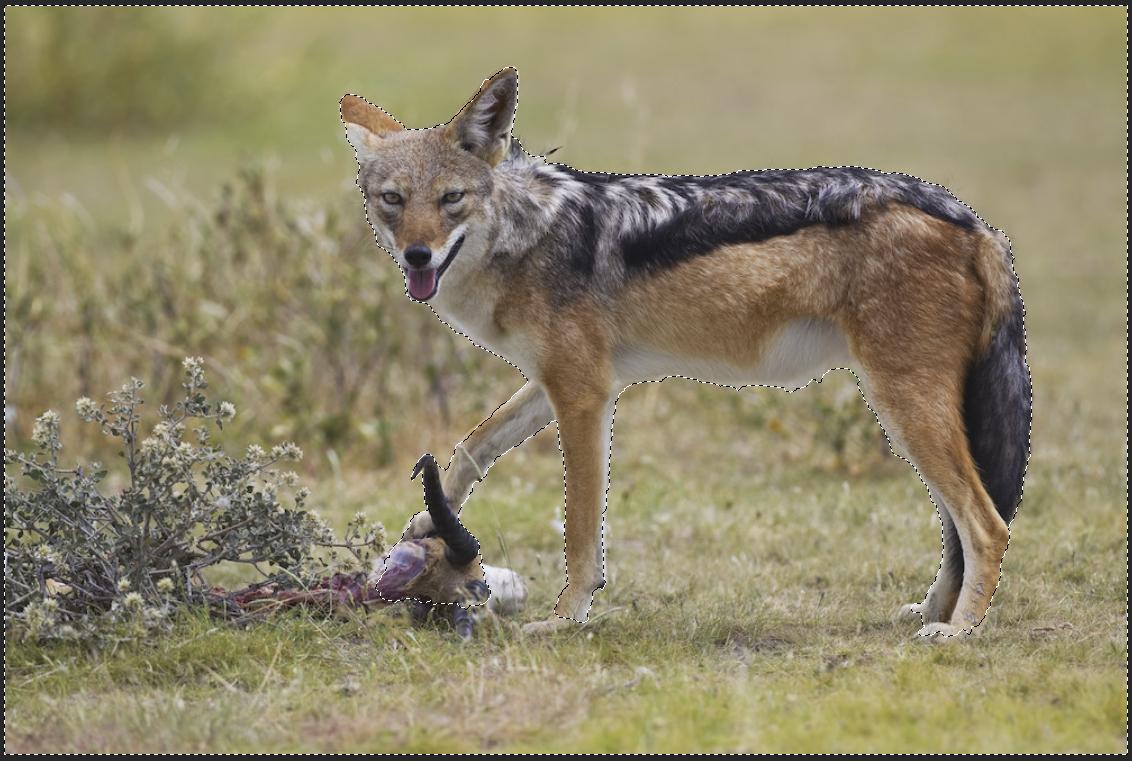 I then dropped a white layer behind & airbrushed a mask over the area outside our subject, leaving it reasonably rough, as a vignette. 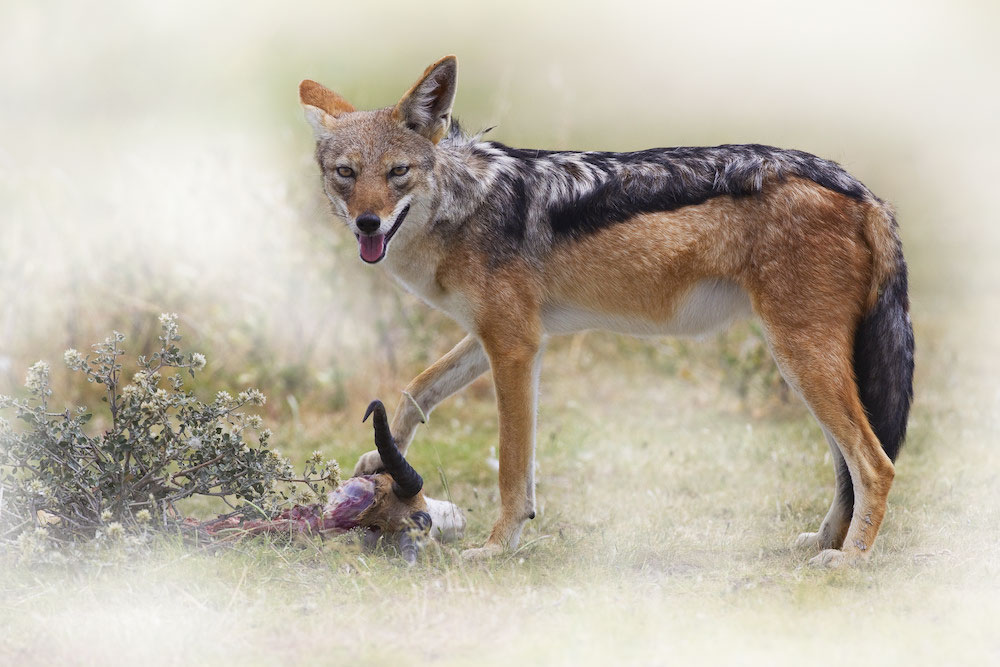 Saved that as a jpg & gave it to Studio Artist, which made this... 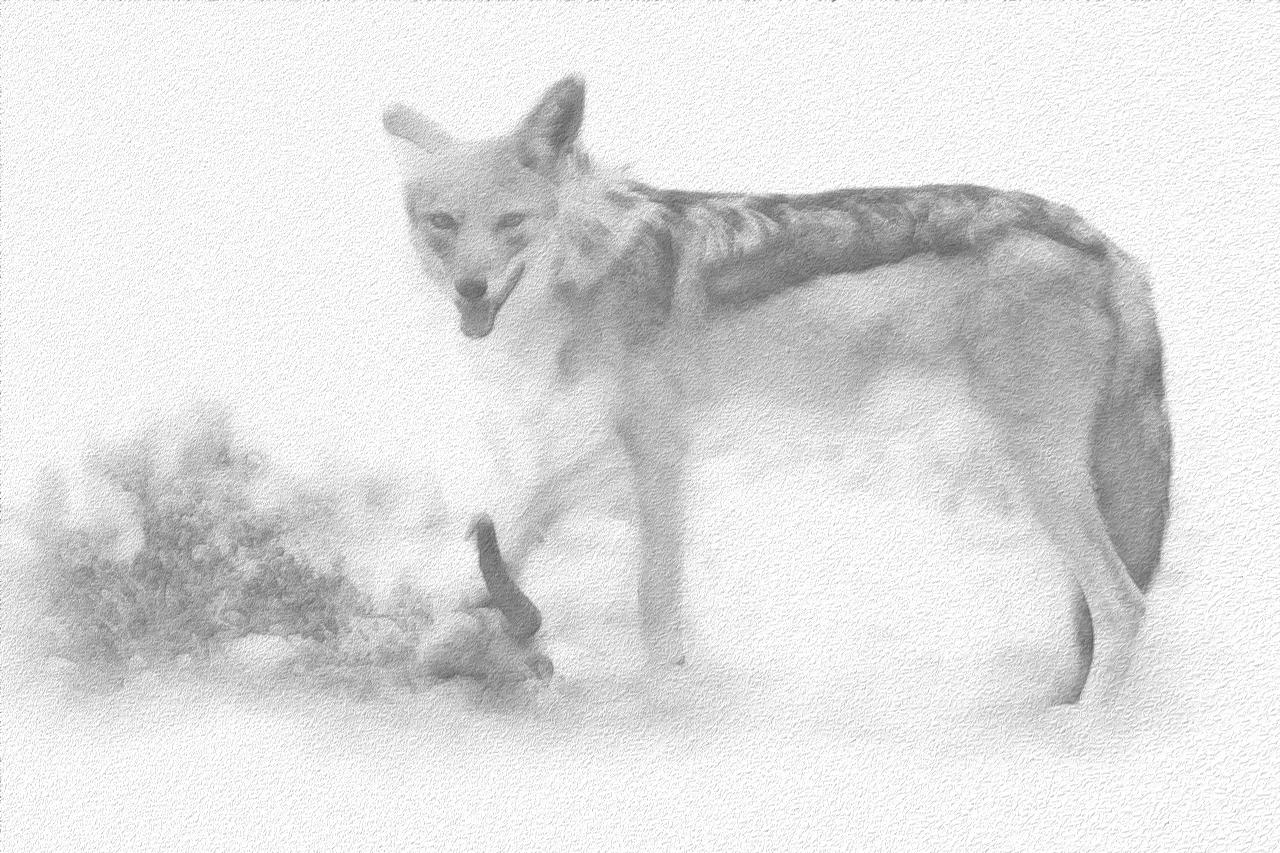 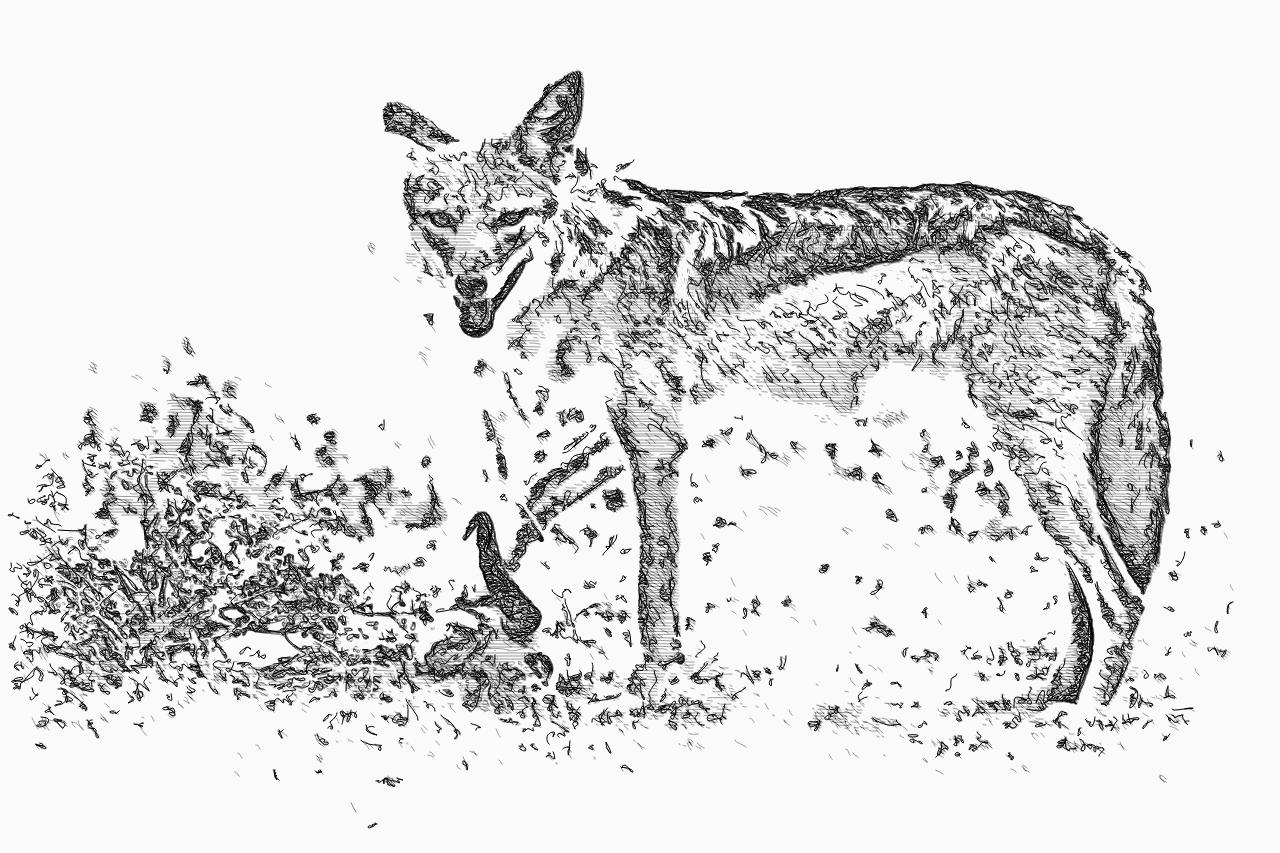 .. or a million other alternatives. Canvas background optional.