Is it possible to create a cross-linking network of nodes using the paths tool in gimp? 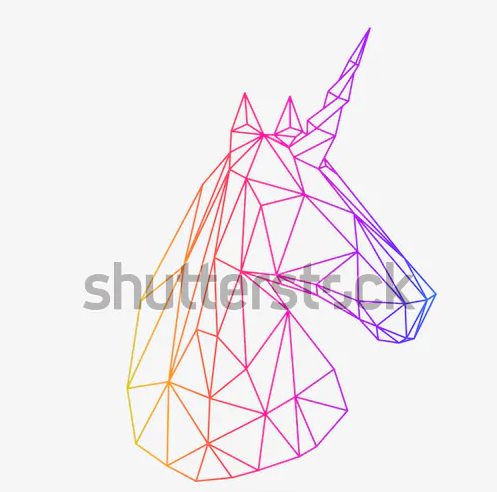 Using such a network of nodes would be very useful and quick, using which, one could make a stroke out of the path and then making a uniform gradient in the stroke, obtain the desired effect.

Yes and no. You can make a bunch of segments where the ends happen to have the same coordinates as the ends of other segments. But you cannot have "a network of nodes", where nodes are connected to more than two other nodes.

You cannot have a gradient along the stroke (for exactly the length of the stroke) because there is no API to set this length (aka "Fade" but only settable in the UI). However in your example the gradient is across the image, so you can achieve this result easily: 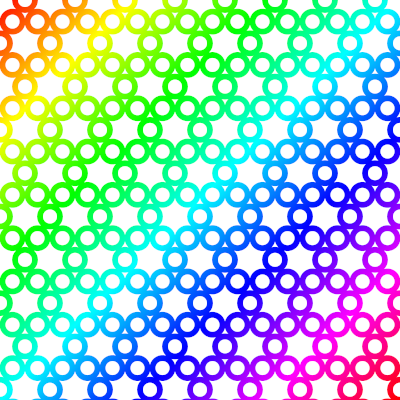 Create an empty RGB image with transparent background, have at least 1000 pixels high and wide canvas to avoid jagginess and blurrines. If you want to use the pen tool and draw paths, stop here. I do not know any practical way to do it. That's because you have in GIMP so limited vector tools. But you can draw it as a raster image. That creates other difficulties, but at least it's possible.

In the next image I have drawn some strokes with the pencil tool. It needed only clicking and holding Shift key to make a straight line between two consequent clicks. I had an arbitary, but bright foreground color: 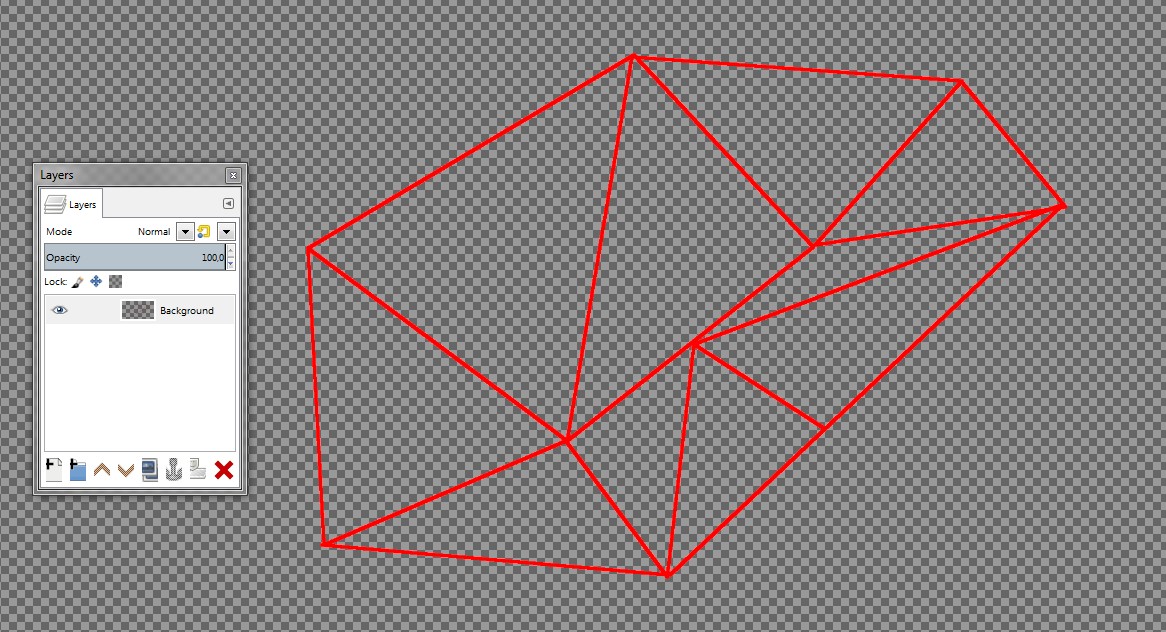 The line pattern is selected by color and the selection was filled with a gradient: 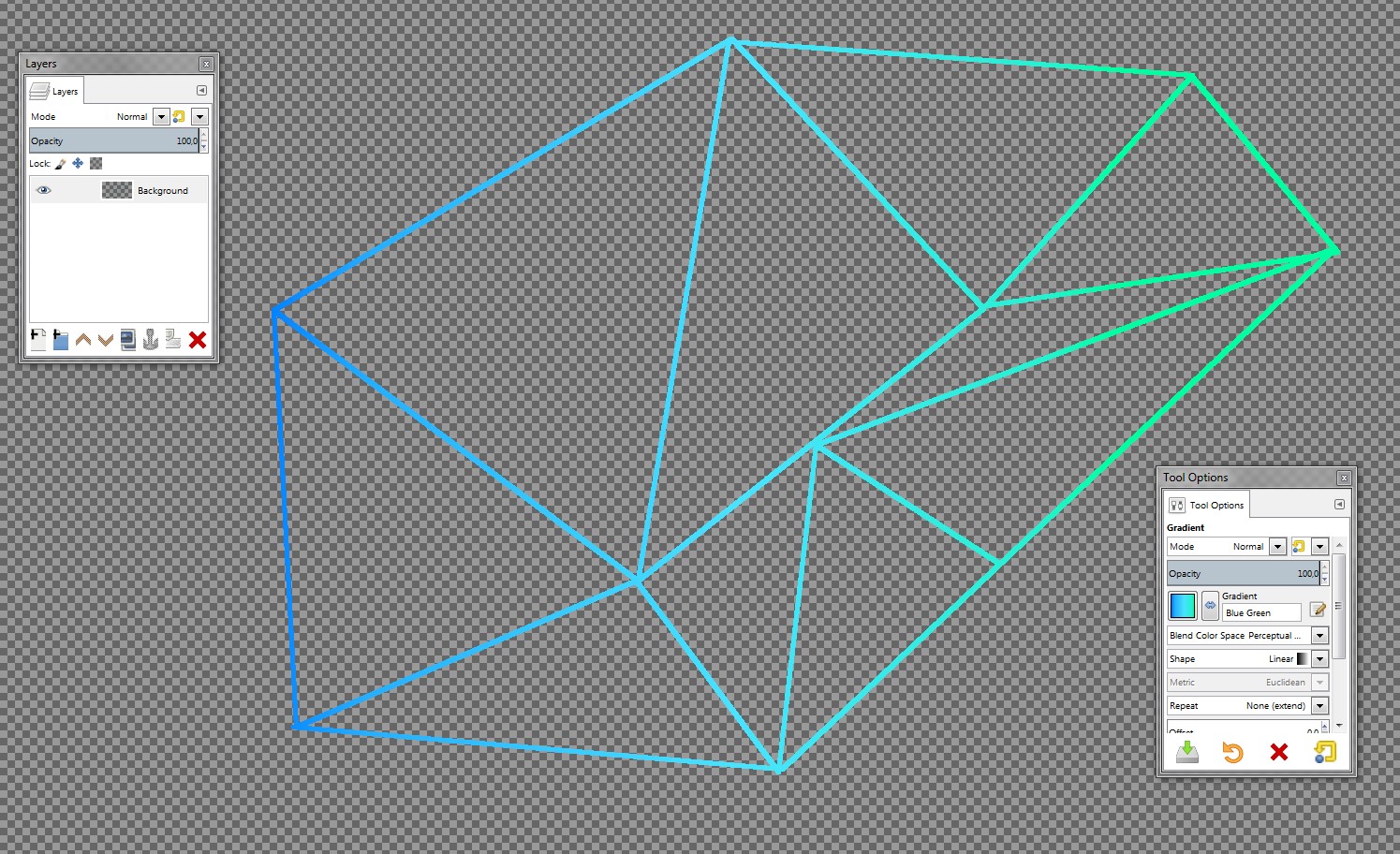 As you see, everything is in one layer and the line ends do not fit especially well. You can define in GIMP a grid and with View > Snap to Grid you can place the clicks exactly. The grid setup is in preferences: 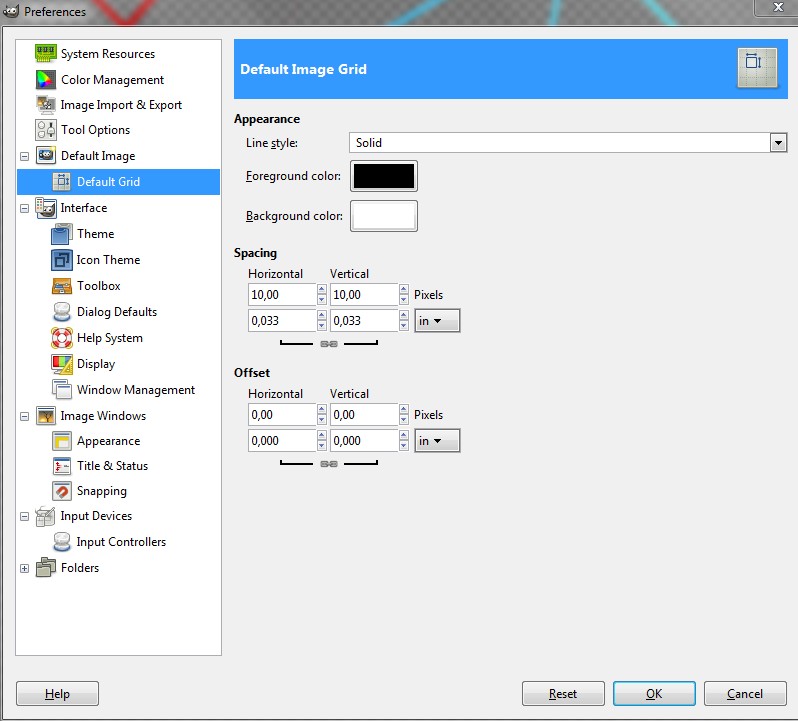 You can draw the lines to more than one layers. This makes some experimenting possible and reduces the redrawing work in case of failures. You can merge the layers before final coloring.

Others have already suggested you to use a vector drawing program for this job. That's a good idea, because you can fix errors and make variations much more easily. Some vector programs even have special graph drawing mode. Graphs can have nodes and connectors between them as you hoped, but such things as branched paths are nonexistent, no matter how hard people ask them.

Be your program GIMP or a vector drawing program, nothing in them will help you to make right decisions which triangles are a good preasentation for a certain 3D form. If you happen to have for example a photo of a face or an animal as your reference layer, nothing in 2D programs finds the right triangles. It needs human knowledge, because a flat photo hasn't any 3D info. Automatically the right triangles can be generated in a 3D program from a 3D model. One must render his scene as polygon mesh without hidden lines.

Not the answer you're looking for? Browse other questions tagged gimp path or ask your own question.

3
How to make spirals into endcaps for strokes?
0
Transform stroke effect into typing path
1
Creating a rough gradient in GIMP
2
Path offset functionality in other programs than Illustrator
0
Text/Font Single Path Illustrator
0
Inkscape - “Exclusion” reverts “break apart” and puts all nodes to one path
0
How to continue an unfinished curved path in InkScape
2
How to draw perfect rectangle using paths tool in GIMP?