I am working on a report that requires a multi-line chart (representing how a given value varies over time among different groups) They are displayed in a single chart sharing both axis. My problem is that at some stages, the data looks similar to this:

Now, the lines joining days 2 and 3 will overlap with each other, so the one that is drawn later erases the previous line. I've thought of a few solutions, not all of them entirely convincing:

In my real problem, I sometimes have 3 or even 4 overlapping lines at some sections, and each line has about 20 points. I would like to know if there are other more interesting solutions (or at least, which of the ones I thought of you would recommend as a "best practice")

This is an example of one of those charts (in its pure form, without any correction) 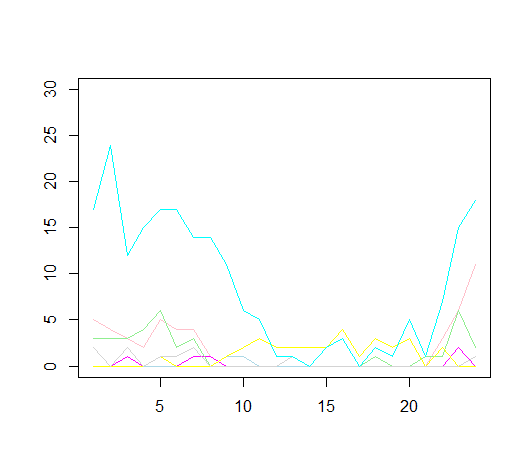 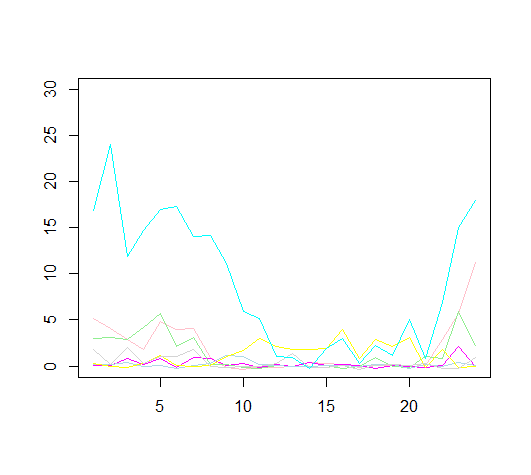 This happens alot with charts and honestly there's nothing wrong with overlapping values, people will get it when some values are identical. However, some ideas to fix this: 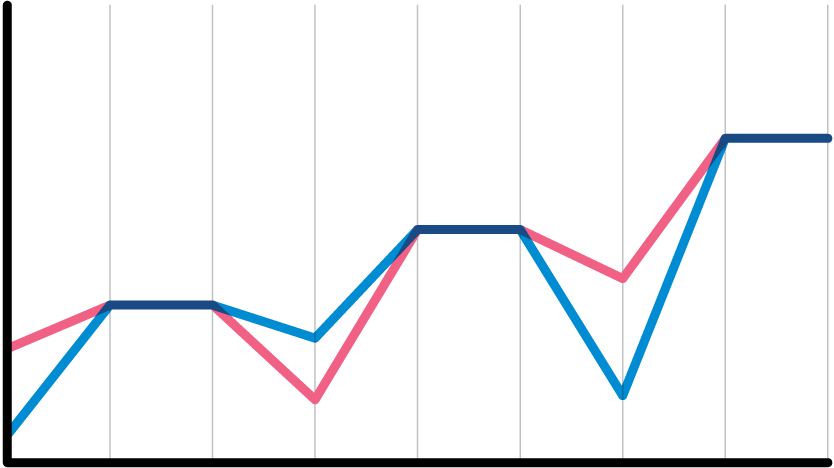 Just made some tests. 3D looking graphs are difficult to read when there are many days and groups. I recommend you to use conventional spreadsheet style graphs. Here's an example in LibreOffice Calc (=freeware):

Creating these needs only few clicks. There's a column graph and a line chart with dots. Both of them present the same data.

The graphs can be exported as vector for ex. by copying and pasting them to Illustrator or other drawing program. Here one chart is pasted to Inkscape and the coordinate lines are colored and made thicker:

The numbers are still text objects. The graph lines are unfortunately colored rectangles, so they should get the final thickness in the spreadsheet.

Not the answer you're looking for? Browse other questions tagged information-graphics chart-design or ask your own question.

10
Reset/avoid distorted Illustrator graph text labels after scaling?
4
Animating line graph in After Effects
3
Texture as an alternative to a cyclic colormap?