I am trying to learn how to draw faces in Illustrator. I am wondering if fast and good artists typically use freehand drawing with a tablet and a brush and then refine it somehow either with the tablet or with the pen tool, or if you start with the pen tool and just use that instead of a brush.

Wondering generally what the tools are that are used most frequently by practicing vector artists.

I have a Wacom tablet somewhere. Wondering if it would be highly beneficial to dig that up, or if it would be perfectly fine to get good just using the trackpad and the pen tool (or perhaps even a brush).

Specifically I want to learn how to draw in black and white (perhaps a few colors down the road), but like this kind of thing. 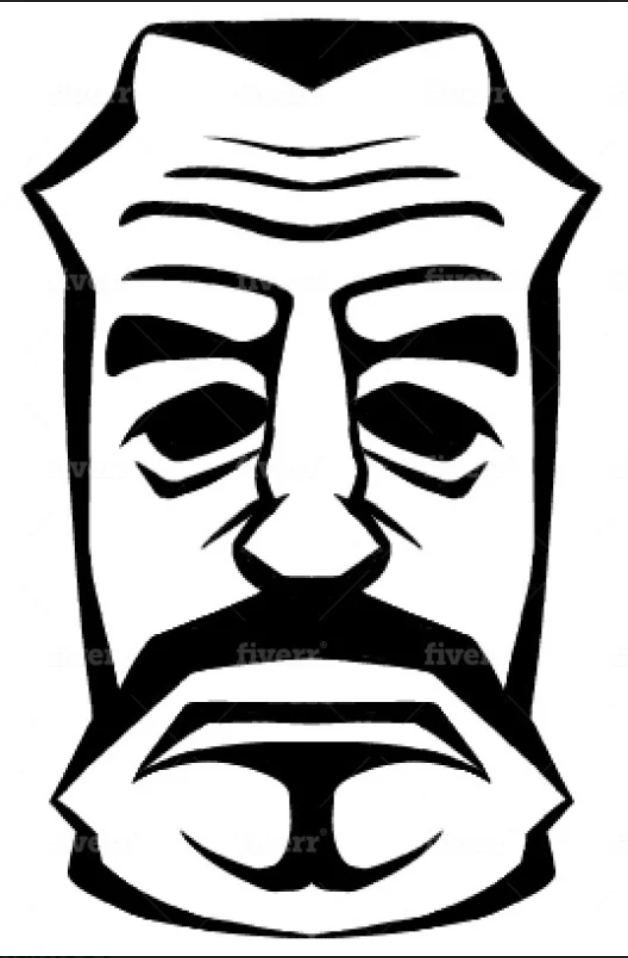 This is all a matter of opinion or preference.

Use what works for you. It makes no difference what anyone else uses. Use crayons on a napkin if that gets the job done.

You did forget one very viable option though -- Draw on paper with a pen.. then scan and refine. This is generally my workflow for artwork.

I rarely start at a computer or a "screen" of any kind. I may "doodle" on an iPad just to jot down an idea quickly.... but that's about as close to starting on a screen as I ever get - idea documentation, not artwork creation. I reference the iPad doodles and then actually draw on paper and don't actually use anything from the iPad in the artwork other than the concept. Nothing beats a pen and pad of vellum for me.

I do use an Intuos tablet 100% of the time for everything when I'm at my desktop computer.... not simply for drawing. I haven't touched a mouse in many, many years other than to install an OS and then the Wacom drivers immediately afterwards. But that is merely my preference.

If you're interested in the vector art creation process, I'd suggest picking up Vector Basic Training By Von Glitschka. Excellent book covering a few techniques. From brushes and the pen tool to hand drawing and refining afterwards. And in fact, I'd hazard a guess that the face you posted was created using a mirroring technique he describes in his book.

6
How to create Illustrations and Art from Sketches in Adobe Illustrator
25
Learning to draw: start in the pen and paper realm or the digital space?
1
Photoshop Pen Tool: draw lines in a vector mask
12
Pressure-sensitive freehand drawing of vector paths that are editable with the Illustrator Width tool?
3
How to avoid white spaces when crossing 'pen tool' lines in Inkscape?
1
A software to replace my pen and paper approach to sketch ideas
8
What are strategies for implementing drawing tablet into workflow?
3
Trouble with closing pen tool lines in Illustrator for vector illustration
1
How to make a brush stroke take gradient colour like pen tool stroke in illustrator?
5
How can I improve at drawing calligraphic font glyphs