How can we create this illustration in Adobe Illustrator?

This is just for learning purposes. Please see the image below. I want to know how to create this reel illustration in Adobe Illustrator. Your answer would be highly appreciated. 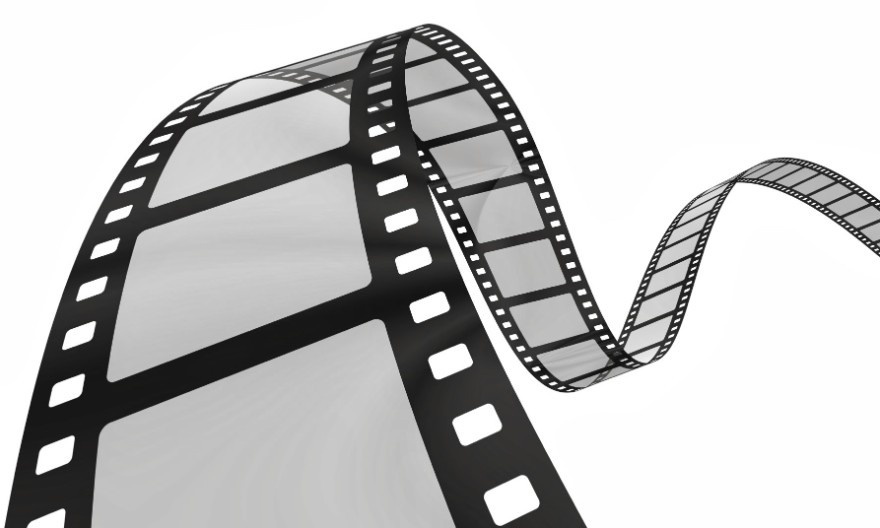 This seems complex - transparency, perspective, curved surface. But it's simple if you can draw elementary things such as a piece of flat straight film and do not expect too complex twists (= if Illustrator's extrusion is complex enough 3D form).

Here's a couple of enlargened frames separated only to show the transparency. I omitted rounded corners and exact movie film dimensions for simplicity. The film stripe profile should have at first grey stroke to make it well visible in forthcoming operations.

Make a copy of your film stripe and drag it to the symbols collection. Use a copy to keep the original free. You need the symbol to fill the film surface later.

Insert your film symbol as mapped art. You must add it several times (3 times in my case) because Illustrator divides the surface to pieces:

You see it's too big, but just in this case it will be fixed by clicking the automatic scaling button. Only one of the pieces needed manual size and placement dragging in the map art dialog.

Finally you must make the profile stroke black and thin enough to avoid obscuring the shapes. Here's the final result: 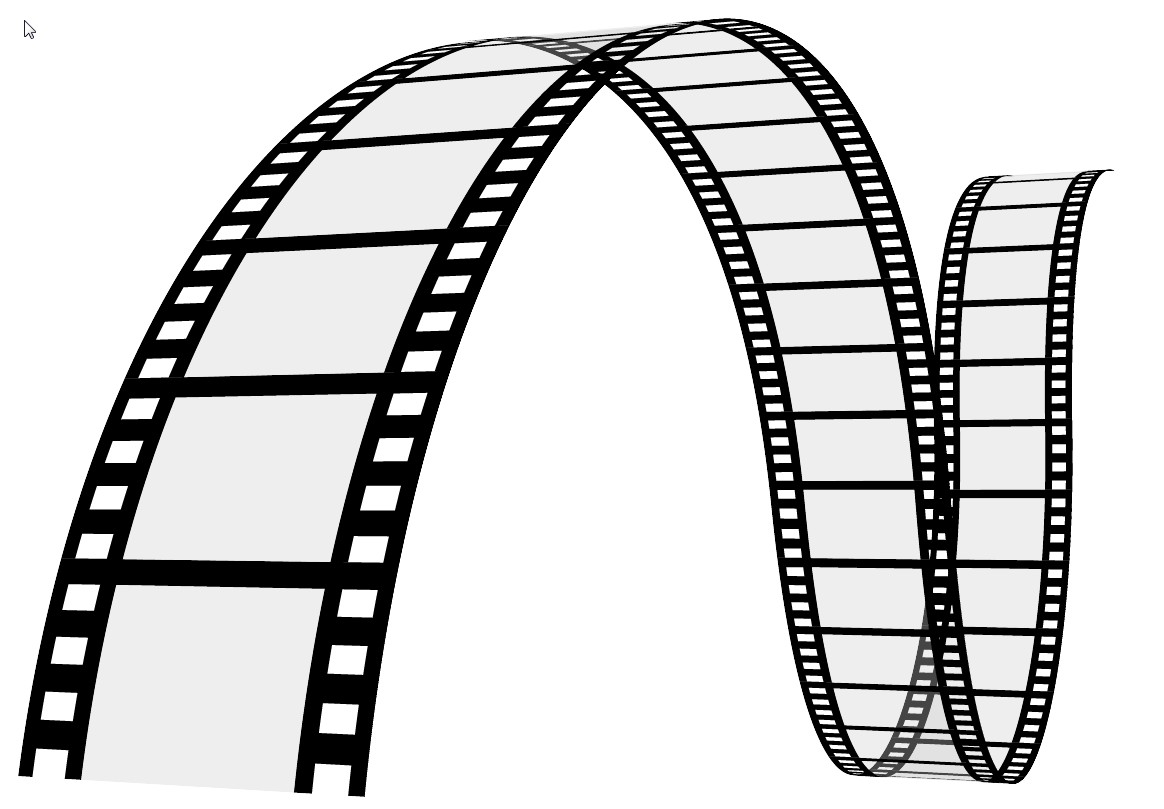 This is not complete. Besides the right proportions and roundings there's more. My film has no glossy reflections, the example has at least an attempt to insert them. Also some distortion for the whole image is needed to bend the film a little also sideways. It shouldn't look like the bending is happened only in one straight plane.

Glosses can be drawn separately or they can be added with blending modes to the original mapped art. More complex twists in Illustrator without doing anything difficult are very limited. One could try a slight envelope distortion, but only quite subtle effect can be plausible.

Not asked: in 3D software one can create the apparent two way curvature with low effort. That's true if he has already learned the basics. No simple program will do the trick, the program must be able to bend surfaces. At first one draws a straight film stripe and bends it along a curve. For best control that curve is a plane curve like the extrusion profile in the Illustrator version. Then he bends the result along another curve which is curved sideways. Here are some construction snapshots: 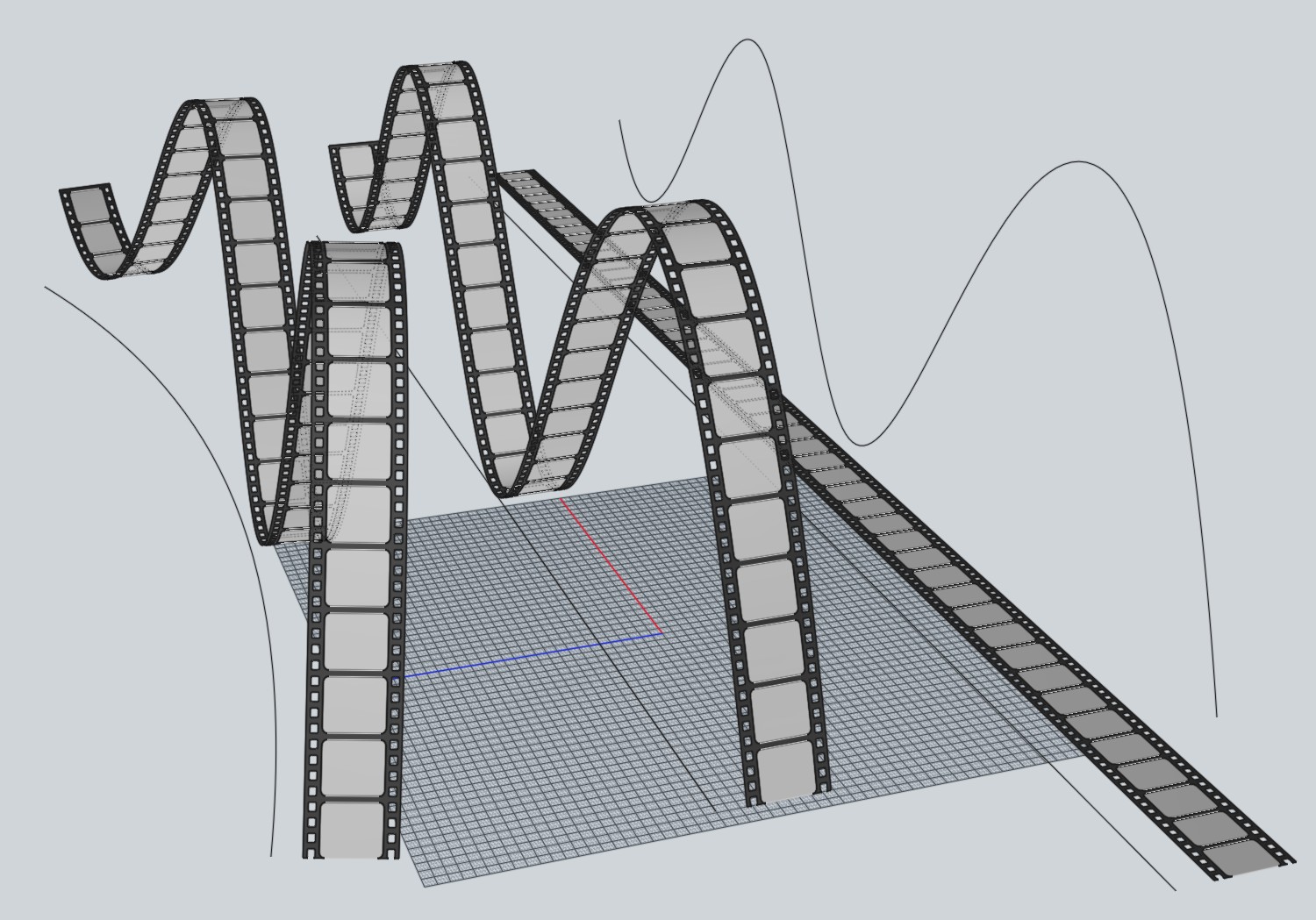 The result seems less rigid than the Illustrator version: 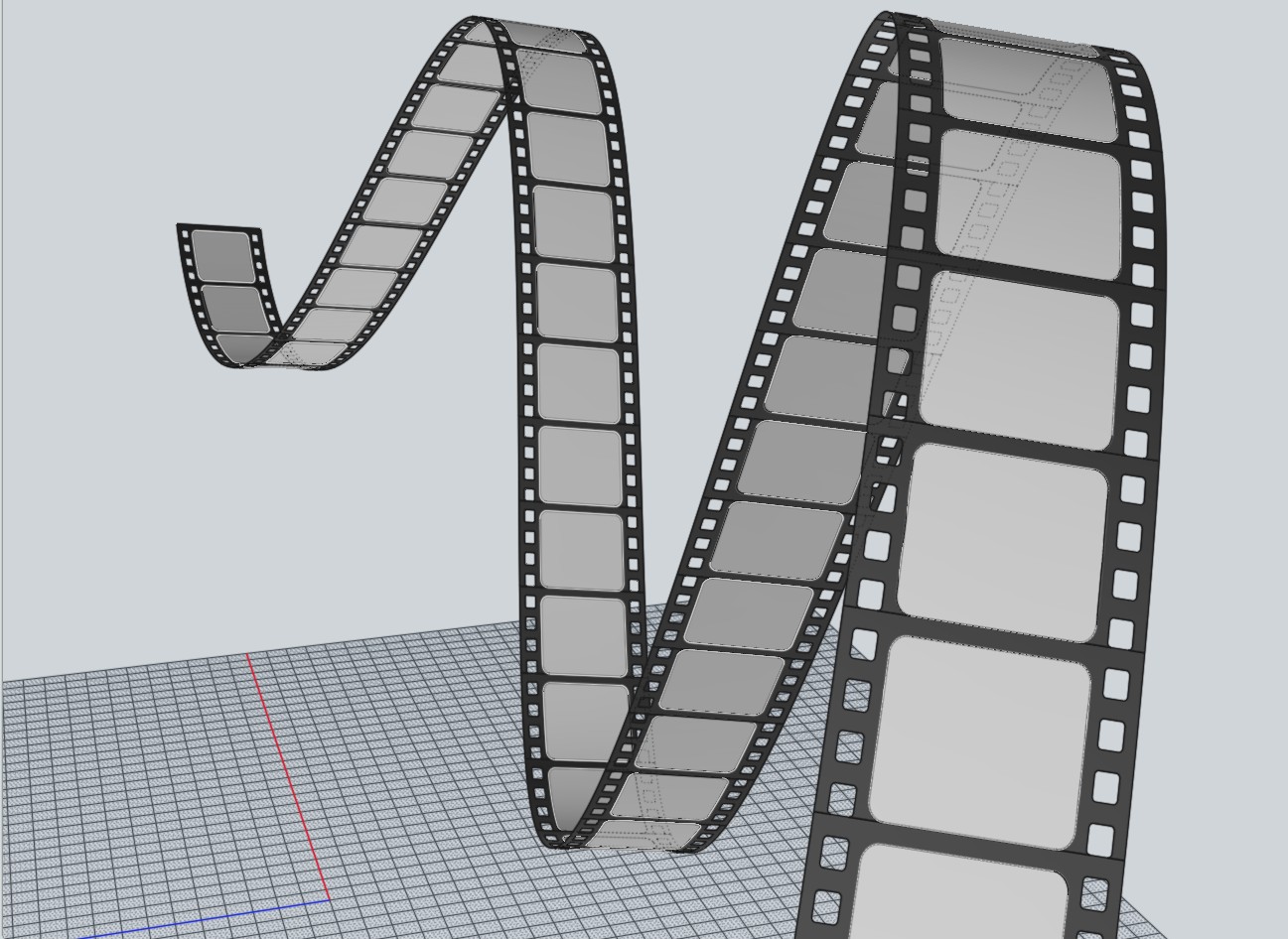 I guess Blender users would make this easily, but I haven't it. This is made in Moi3D. It's a low cost entry level 3D program which uses NURBS surfaces, it's not based on polygon meshes. Its advantage over many other entry level programs is the ability to bend flat and curved objects along curves and surfaces. The process is called "Flow" like in Rhinoceros, which is a premium priced professional NURBS based 3D design program with much better rendering capablities. Moi3D knows nothing about transparency nor photorealistic rendering, but it can export the result as vector 2D image, if such is needed.

Surprisingly a CAD program which itself hasn't tools to create this geometry accepted the file from Moi3D. There's still no photorealistic rendering nor glossy reflections but it allowed transparent grey film frames: 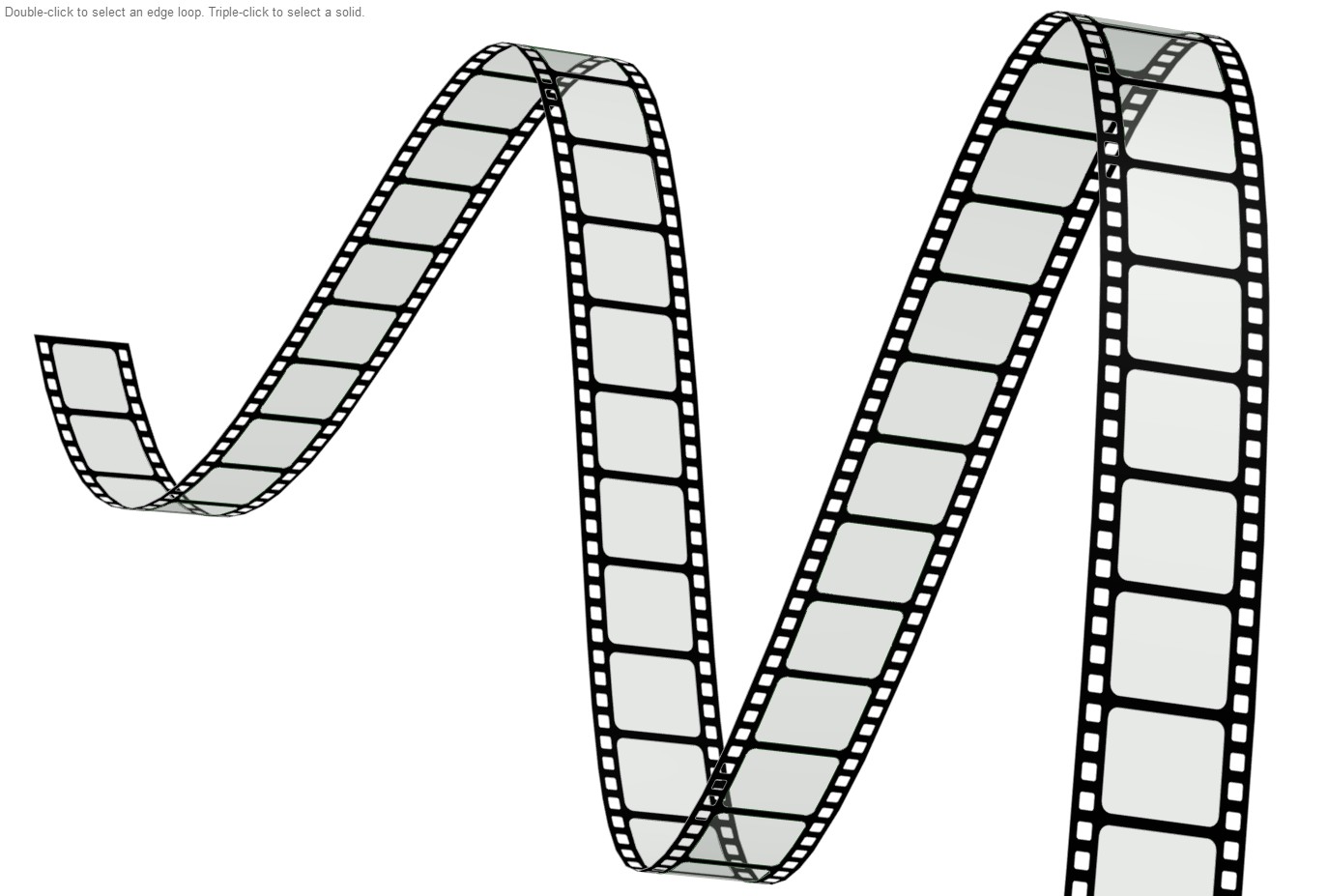 Not the answer you're looking for? Browse other questions tagged adobe-illustrator illustration or ask your own question.