GIMP: How do I "step to previous frame" in Animation Playback?

GIMP has the tool Animation Playback (found under Filters/Animation) to help with creating animations. When creating an animation, it is very useful to be able to manually "scrub" through the frames. The tool has a button Step that allows you to step one frame forward. However, a button to step one frame backward is missing. 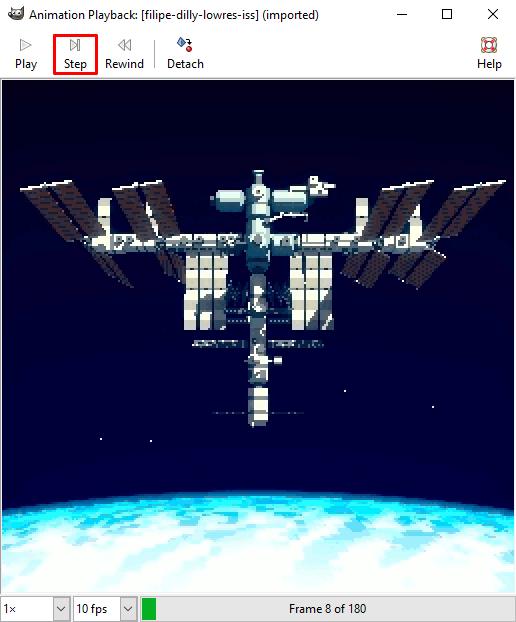 Now I had a look at the source code of the Animation Playback tool. What I was hoping to find was whether such a "step backwards one frame" feature exists, and how we are meant to use it. And yes such a feature does exist! And it has a keyboard shortcut: d key according to the source code. However, the keyboard shortcut does not seem to work =(! The interesting thing is that all keyboard shortcuts for the tool which are combined with the Ctrl key work. For example:

But those without the Ctrl modifier don't work:

TLDR: the tool supports the ability to step back one frame, but how can I use it?

Here is the code snippet for reference:

The solution is to use a newer version of GIMP! The UI of the tool has been updated. (And all the keyboard shortcuts mentioned in the question also work). 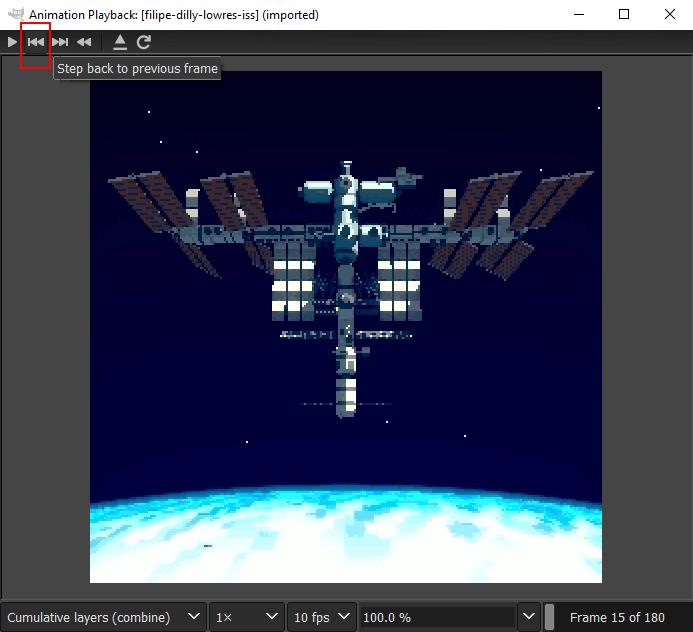 *Aside: The source code I reference in the question is of the latest GIMP version at time of writing. Looking at the source code appropriate to my old version of GIMP, the "step backwards one frame" feature is not supported.

Not the answer you're looking for? Browse other questions tagged gimp animation shortcuts or ask your own question.