I need to be able hide the red path outline for the pen tool in BSpline mode as it starts to overlap the blue line and causes annoyance when you're trying to draw small, accurate paths and don't want to zoom in on them.

If hiding wouldn't be possible, being able to change the color of both the outline (red) and the curve line (blue) would suffice.

As commented, Inkscape's user interface doesn't give a way to fade the red lines which appear between the clicks when you draw a BSpline.

One workaround is to draw the paths as Bezier curves. In math both methods can produce the same set of curves, so you do not lose possible forms nor cause a need of more clicks, but you gain two things: 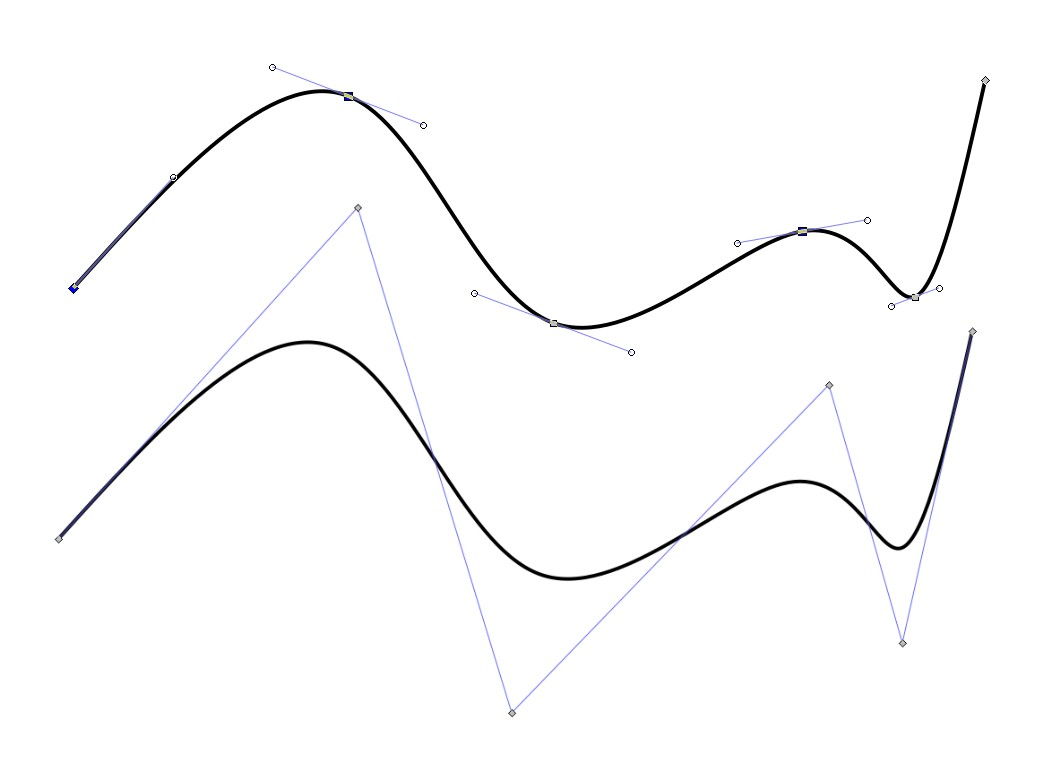 What you can do is this.

4
Where is the "Add" blend mode in Inkscape?
2
How can I outline a path in Inkscape to make an object?
1
Inkscape Stroke Does Not Follow Path Outline
1
How do I turn a pen outline into a single object for gradients? (Inkscape)
2
Inkscape causing tool paths to be doubled/duplicated
1
Inkscape - Controlling BSPline for Path Effects
0
Inkscape Pattern along path generate repeated outline and not fill
4
Inkscape perspective tool automatically rotates the final path