I am trying to create an LED wall effect for a background in Cinema4D and trying to make the individual LED lights shine convincingly. I made the LED material that displays the texture from an image giving it these settings: 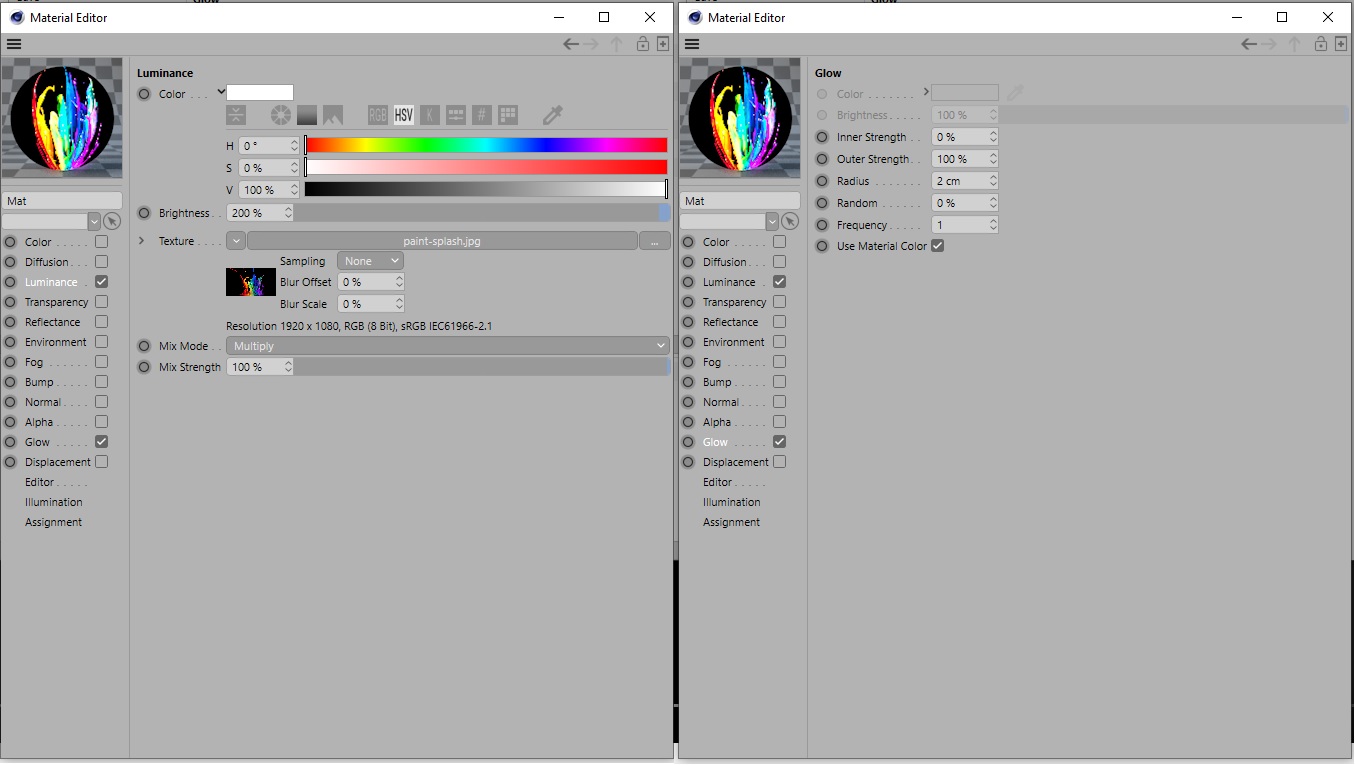 The result wasn't so great: 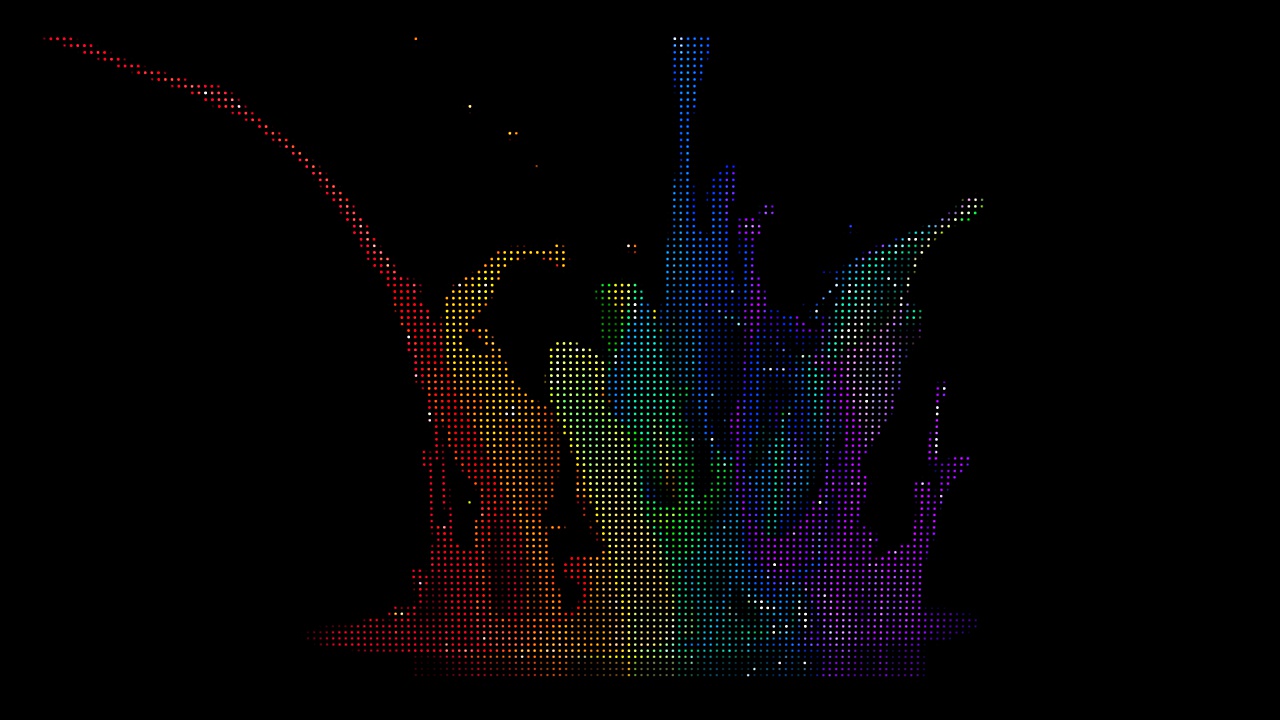 So after having watched this LED light show video I added the Glow setting in the Render Options as follows: 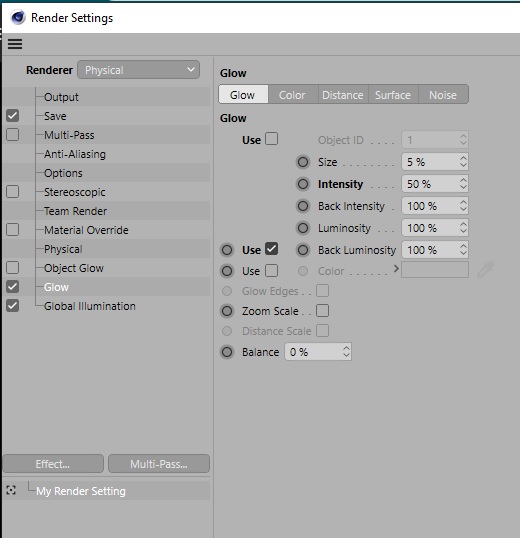 and achieved this result that is pretty much what I need at the moment: 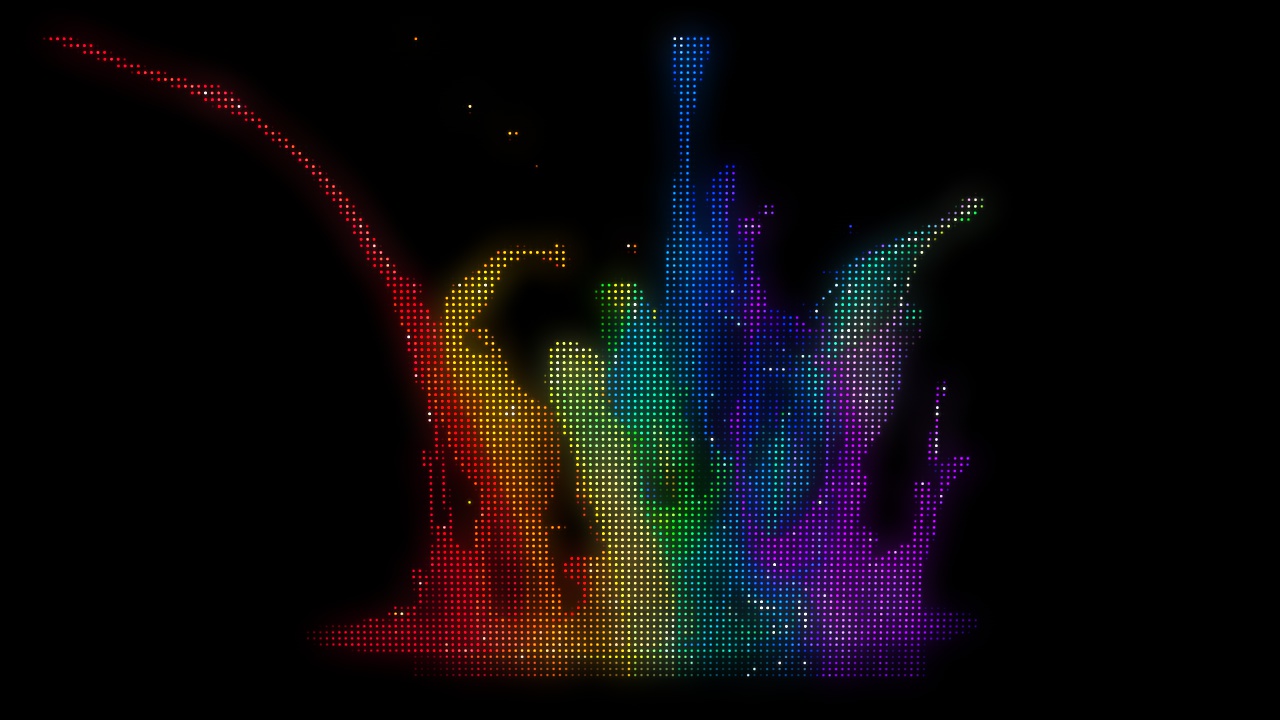 However, this had the undesired consequence that any and all lights and or backgrounds also have the Glow applied to them in the render as follows: 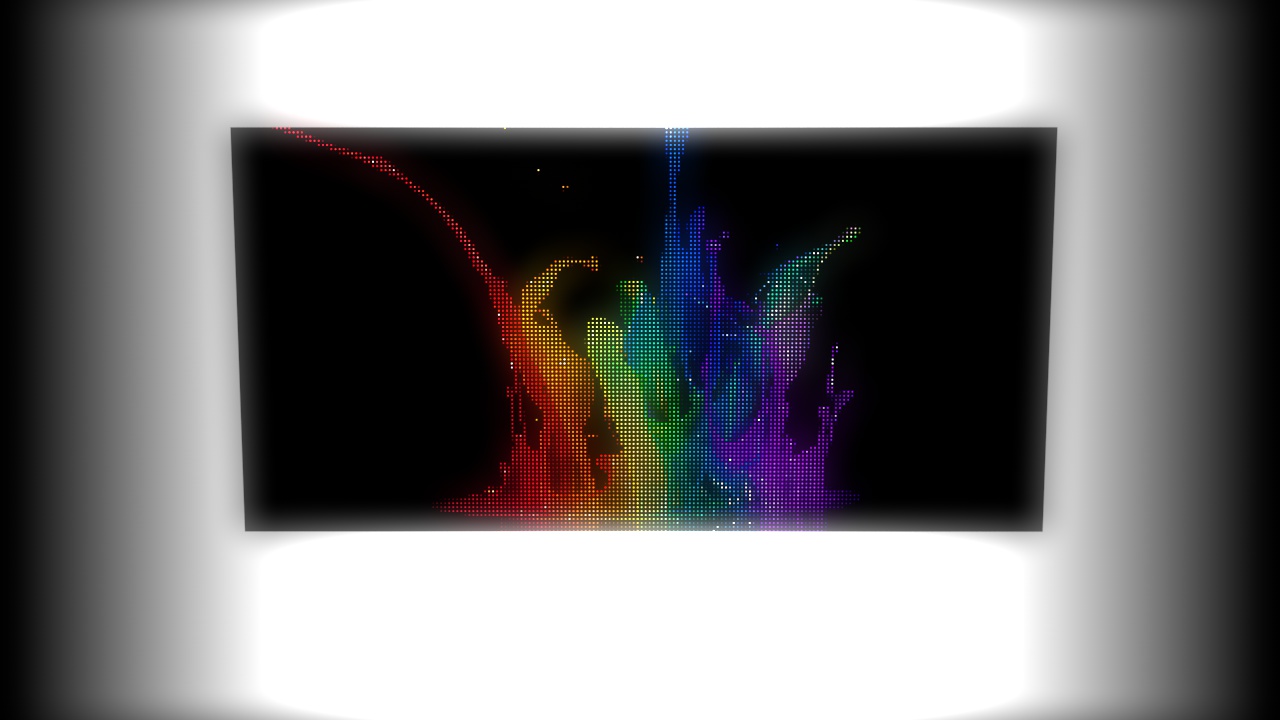 Is there a way to have the glow effect only apply to the glowing material? OR, is there a better way to achieve this glow effect I could look into? (I am pretty new to C4D).

If you wish to have a play around with the original files I have uploaded them to my GDrive Zipped here.

A literal and correct answer to your question is, "No. C4D render effects are inherently whole-scene," but since there are a bunch of alternative methods that will work, what we're actually dealing with here is an instance of the XY problem. Rather than tell us how you want the problem solved, tell us what the problem is and what "success" looks like, so we can instead advise you on the best way to get from point A to point B.

The way I used when I last had to do something similar is to use the old "Glow" effect on the LED materials: 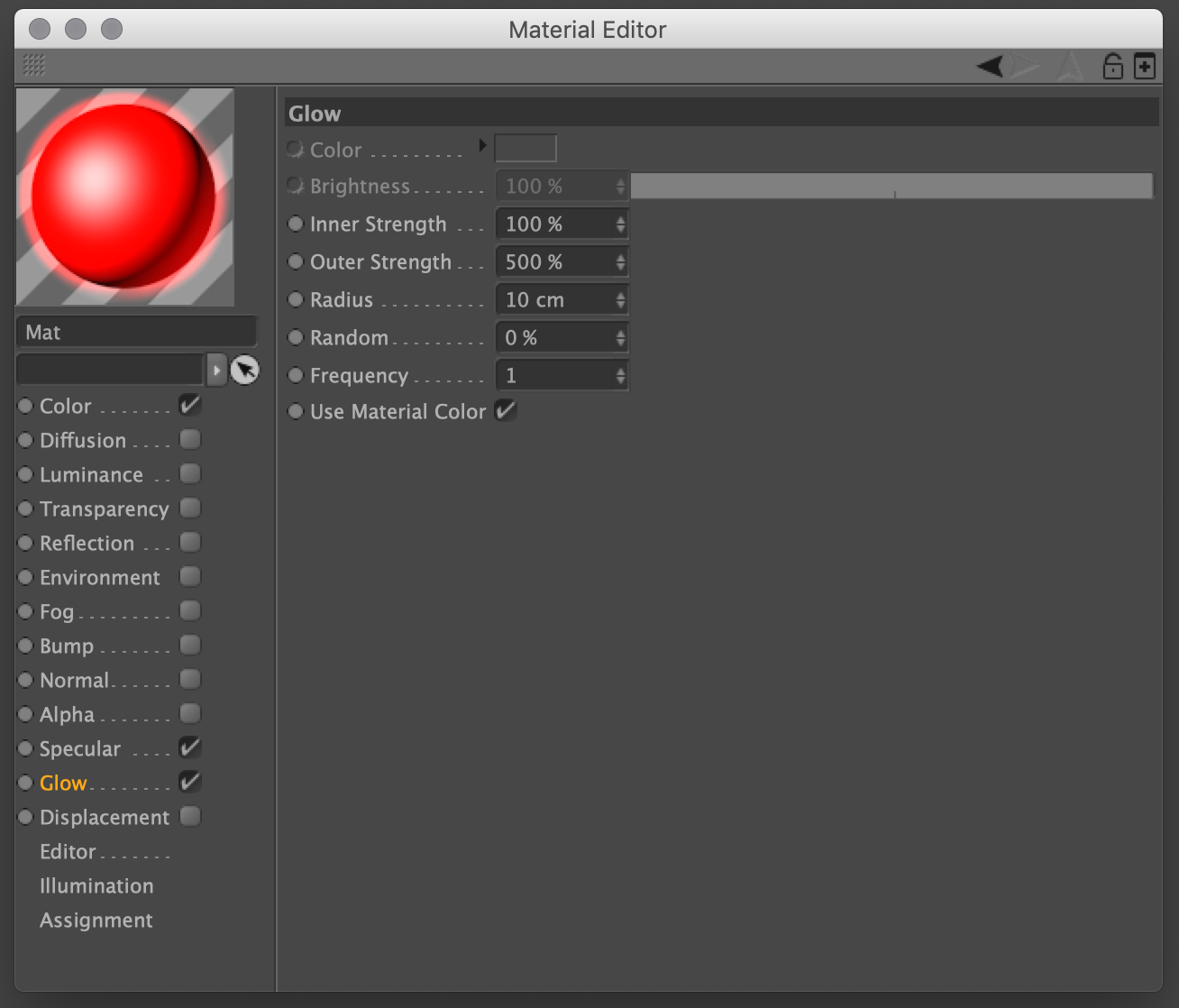 I characterize that as an "old" method not only because it goes way back in C4D's history — I don't think I remember a time when it wasn't there, and I go back to R8.5 — but also because it's an unrealistic cheat. It's basically the same render effect you're using now, only applied to a particular material.

This is why you won't find a "glow" effect in C4D's new Uber Materials nor in the underlying node-based material system added in R20. These materials are physically-based, so they're trying hard not to cheat. They pair well with a physically-accurate renderer such as C4D's Physical Render.

When you see an LED glow in real life, one of several things is happening:

Sometimes you get to split the difference. The older PBR material type in C4D is physically-based, but there is a Glow effect on it. Shrug. It's a cheat, but if you want it, there it is.

Maybe you want to use physically accurate materials and renderers, but you still want to cheat the glow effect. Simply set up an object buffer for the LEDs, then render that object buffer out as a separate pass, and add the glow effect using that as a mask in post. There are many photo editors, video editors, compositors, and other tools that can do this: Photoshop, After Effects, most high-end video editing packages, all high-end compositors...

Here's how you'd do it in Davinci Fusion, the compositor now bundled with the free version of Davinci Resolve, a high-end video editing package: 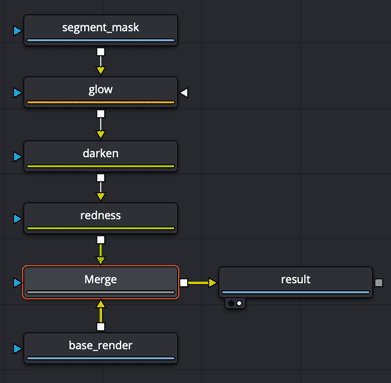 The top node is the object buffer for the LEDs in my scene, rendered by C4D as a separate grayscale image, then converted to RGB to placate Fusion. I then apply a glow effect to it, darken it so it doesn't overpower the next steps, then lighten only the red channel, giving a colorize effect. Here's the result of those steps: 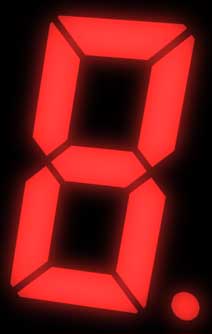 Finally, I screen that over the top of the base render in the Merge node you see at the center of this setup, with this result: 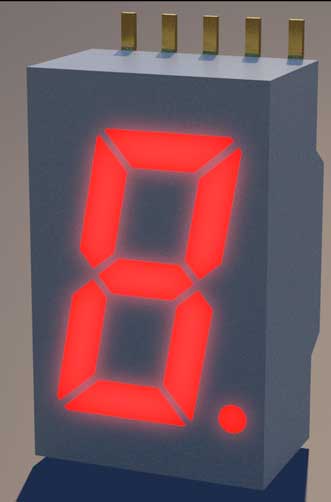 Voilà, a glowing 7-segment LED display, rendered with physically-accurate Uber materials using C4D's Physical Render feature. Despite lacking a Glow channel on my material and having a wish for the whole scene not to glow, I was able to use a compositor and C4D's multipass rendering to get the effect I wanted.

You could do essentially the same thing in many other programs.

Not the answer you're looking for? Browse other questions tagged cinema4d render-settings or ask your own question.

0
How can I increase the quality of my VRay render in rhino?