What is this design called? [closed]

Ask Question
Asked 3 years ago
Modified 3 years ago
Viewed 249 times
-2
This question is closed because it does not fulfill our requirements for font-identification questions, critique requests, or style-identificaton questions. It is not currently accepting answers.

Please help the asker to make their question fulfill the requirements and vote to reopen if they have done so. 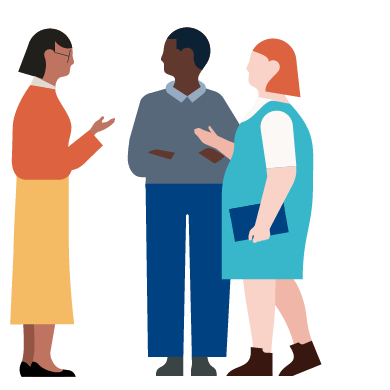 If we see fastmail.com revamped site, it also has some like-wise graphic on homepage.

Is this a trend in graphic design?

Does it have any name?

Is there easily available artillery to create these kind of designs?

These are vector graphics/illustrations, and the style is often called "Flat Design". Basically that means vector shapes which are filled with flat colour, i.e. without any gradients or shading. Yes, it's a trend, although it's getting a little long in the tooth these days, since it has been overused (in my opinion). The style has been somewhat updated recently to include limited shading/gradients - sometimes called "Flat Design 2.0"

Any vector image editor can be used. For example: Inkscape which is free and open source, or paid for software such as Illustrator, Affinity Designer, etc.

The example below shows part of such a design made in Inkscape. The shapes are drawn using the Bézier tool which can be used to make shapes with straight edges or curves. It also shows how it can be constructed by overlapping some of the pieces.