Do my potential customers need to understand the "meaning" of a logo, or just recognize it?

I'm trying to come up with a logo for a web devlopment freelance company called Two-Bit Studios. The logo concept that I came up with involves a 1 and 0 combined to make a lowercase 'b'.

To me as a developer, this makes sense in many ways.

However, most of the people I'd be doing development work probably wouldn't know any of that, they'll probably just see a stylized 'b' which is a pretty insignificant part of "two-bit". Would this lead to a lot of misunderstanding or is the recognition of the logo more important.

(Note: I'm not a designer I'll be sending off my concept to someone more talented to greatly refine it, I'm just supplying the idea, this question is just about the concept of the logo). 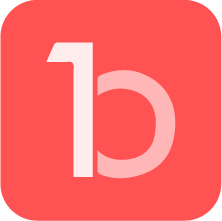 The most important thing though is that its memorable. Any reasoning behind it quite honestly doesn't matter.

A mentor of mine many years ago named his company 540 Interactive. The 540 was the number of times a bird he owned flapped its wings in a minute. His logo was the text 540 Interactive with a little bird perched atop it. Did anyone ever get why the bird was related? Nope! Did it matter? Nope!

The fact is if the logo makes sense to you, don't worry about whether or not anyone else gets all of the nuance behind it. If someone asks you can explain it. Making it memorable and putting it in front of customers is far more important.

Do my potential customers need to understand the “meaning” of a logo?

If a 100% understanding is not achieved graphically, at least it should have a hint of the meaning.

Do my potential customers need to recognize my logo?

As in everything, I think it's about reaching a balance, if it turns in favor of one of the two options, much better for you, your company and your costumers.

I don't think it's very positive to disadvantage this balance towards a negative point. In the case of your logo, beyond formal errors, which has them, there's a quite important conceptual controversy that leads any potential customer not to immediately interpret its meaning.

The company is called “TWO-Bit Studios” and the main image perceived is a “1”.

Beyond the meanings, there is formally a two represented with a one.

A few years ago, quite a few, there was a stylistic tendency derived from deconstructivism that favored this type of interpretation to catch the public attention. There are examples in advertising, fashion, architecture and also in graphic design where for example a logo had some error in kerning, or alignment, or also some conceptual ambivalences. If in your case you talk about 2 and the image represents a 1 (and a 0), you are generating an ambiguity that can affect an effective result of your logo, which can be remembered for the “pseudo” error, but I don't think it will be interpreted.

Imagine your logo with the name below: 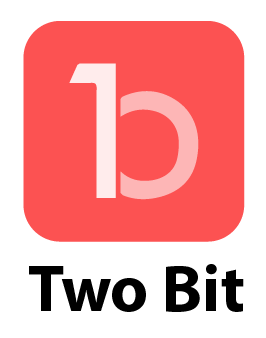 There's a graphic representation of four elements: the two, the one, the 0 and the bit b:

Maybe for a developer it might be something immediate, for a general public I don't think so.

I'm not a developer, but I know that among the main visual characteristics of the binary code are: 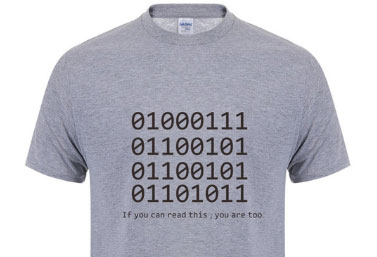 Neither of these two features is represented to favor the shape of the letter b. Another point to increase the non-immediate interpretation.

Personally I think there are too many elements for something so simple. Perhaps a cleaning in the conceptual argument favors both points raised in the question:

Yes, customers need to understand a logo, especially with a new first-contact, never-seen-this-before logo. They will — in time — recognize it after seeing it repeatedly, but it still needs to make sense for anyone looking at it for the first time. Some possible reactions looking at your "idea":

It just looks more complicated then it should be, but good to hear you're sending this off to a professional who may be able to give you a new perspective. As a designer, i think there's definitely a better way to look at this.

No, it is not inherently bad if the underlying meaning of any logo is not picked up on in a conscious manner.

Logos don't have to consciously convey anything... it's all about subconscious interpretation. As long as the impression the logo makes is favorable, it makes absolutely no difference that viewers understand the representation of bits or that it's intended to convey some sort of "code" structure. None of that matters.

You can't tell me the meaning behind logo symbology such as Adidas, Pepsi, Motorola, Triple A, or even Adobe is readily apparent. It's not. People simply remember the mark and aren't typically concerned with why the mark is how it is.

You're making a common novice mistake. Trying to be clever and not having the execution skills to follow through. You also don't need a symbol for such a short name, and the 1 in the symbol for a company which actually has a 2 in the name is begging for confusion.

A word mark would be the best approach, so just spell out 2-bit in Helvetica XBold and be done with it.

As a professional agency designer for 15+ years, the approach i would take is: make the brand elements representative of bits and not binary numbers. They are effectively 'on' and 'off'... so you can get creative with that idea (filled/stroked. Square/circle. Red/blue etc etc). By displaying the name clearly you'd be facilitating the viewer to be able understand any subsequent bit/binary visual references. When designers say "keep it simple" we mean minimal, legible and to the point.

Not the answer you're looking for? Browse other questions tagged logo shapes designers freelance or ask your own question.

4
How do I get proportions of the sock in my logo right?
1
Need help making my logo stand out from the background
4
Logo client changed brand in the middle of a project
0
What is the difference between a logo with a certain "image" and logo with just the name of the company?
18
Just how much information should you share with a former client?
12
Should you offer multiple logo design options to the client or just one final design?