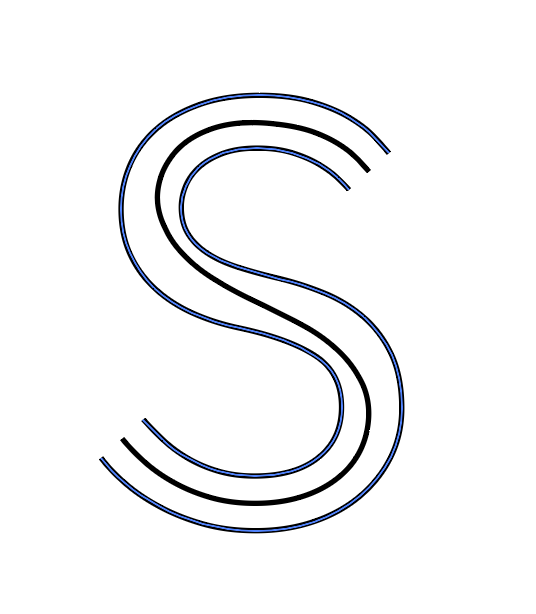 So I'm trying to create a stroke out of an S, and am using the normal blend tool trick to get a path down the middle but all I'm getting are these off lines that only start and end in the right place.

Blending gives often unexpected results if the blended paths have different amount of nodes or they are distributed differently. An example:

In the left there's 2 paths which are separated from a S. In the middle there's a succesful midline generation with blending. In the right there's an unsuccesful attempt after editing a little one of the paths. The halves have radically different node distributions.

You can try the following alternative tricks:

Not the answer you're looking for? Browse other questions tagged adobe-illustrator tools or ask your own question.