** Not a homework question

I recently stumbled upon a very interesting advertisement by an organization called "World for all" . I was thinking of writing an analytical paper on analyzing the graphical techniques used to convey the figurative and literal message of this advert. What are some points of visual/graphical analysis, that can be considered?

Any ideas will be greatly appreciated. 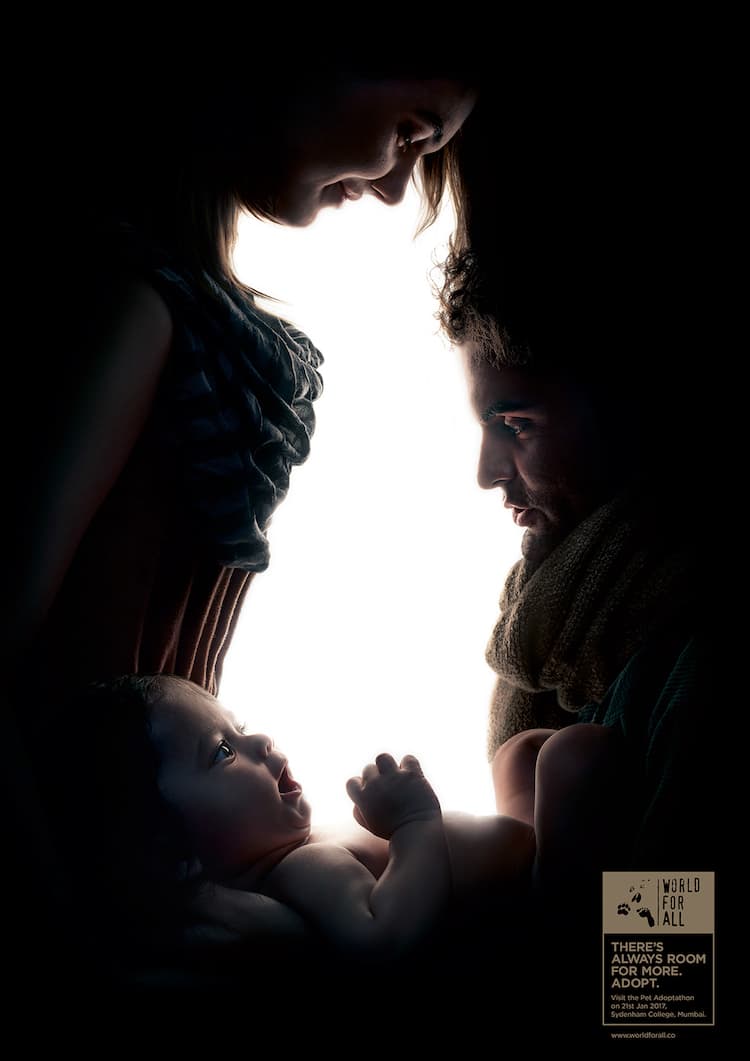 When it comes to making a written analysis of a visual element, the most useful is to think as if we had to describe it by phone to someone who doesn't have access to it.

The most relevant visual points are:

It's a poster with a photographic image in a very high light/shadow contrast, where the shadows converge from the limits towards the center until ending in the profiles of a woman, a man and a newborn forming an blank empty space in the central axis that by the figure-ground law generates a double reading of a pet (dog) shape.

At conceptual level there are other elements to consider.

But also, the blank empty shape gives a sense of absence bringing a disturbing ambiguity:

This ambiguity makes the message not 100% clear, which leads to read the logo on the bottom to try to interpret its meaning.

Not the answer you're looking for? Browse other questions tagged symbolism graphic-styles technique advertising or ask your own question.

8
Please help to identify this map-printing technique
1
How can I add grain or noise to a picture like this one?
2
Can this rough design show the required message?