How to distort a part of a raster image like you do with a shape?

As an example I have a raster image as shown: 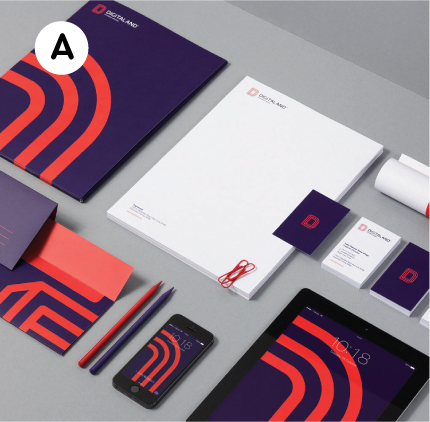 I want to crop a specific part of that image : 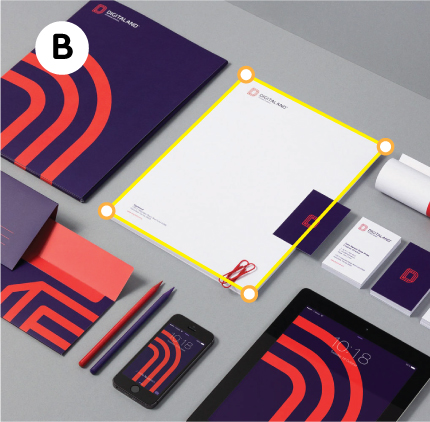 And distort it by its corner points like this : 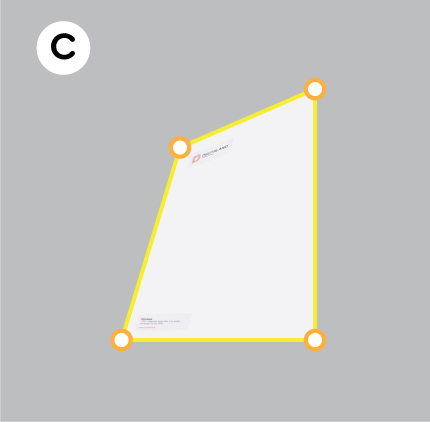 Can someone please explain to me how to do that using AI and/or PS? Thank you beforehand.

Note : You might not see the images embedded if you're viewing this on the app.

This answer is for Photoshop.

To begin with, you'd really need an undistorted copy of the letterhead. Trying to edit an already distorted image is less than ideal because it will degrade the image quality quite a bit. However it could be done. You could try to use the Perspective Crop tool to undistort it first.

The example below shows use of the Perspective Crop tool (circled in red). The inset shows the result. I had to use the Perspective crop tool a couple of times to remove all the distortion. 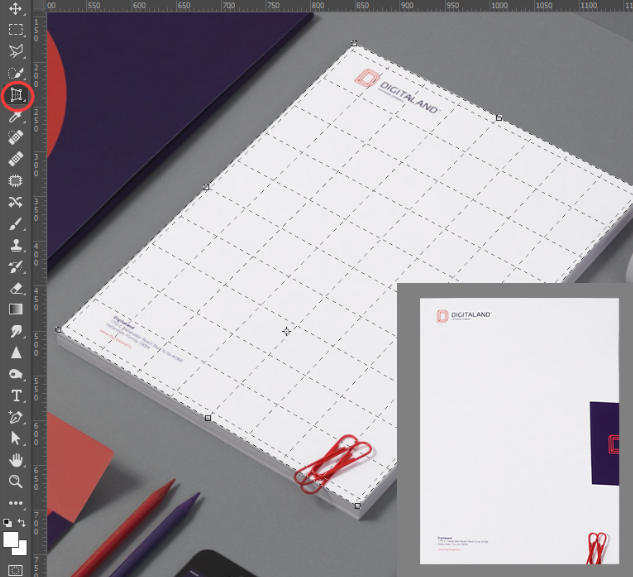 Do the following in PS:

Not the answer you're looking for? Browse other questions tagged adobe-illustrator adobe-photoshop shapes raster distort or ask your own question.

1
Beginner in Photoshop, how can I take an iPad psd file and put an image inside it?
1
How to remove part of a raster image?
5
Illustrator giving two values for ppi for a linked raster image, only when rotated?
2
How to distort a grid object into a tapered shape, like a trash basket icon?
0
distort curved shape to fit on curved shape
0
Clip raster image with bezier curve shape in Inkscape
1
How to produce a effect like this? Illustrator Distort Effect
0
Printing raster image with CMYK
2
Ungrouping a Raster image
0
Different bitmap/raster shape gradient like this example?