Where and/or why is a slanted hyphen used?

I was reading this version of White Fang and I noticed that the hyphens connecting words are slightly slanted to the left. I have never seen a slanted hyphen before and googling it did not yield any result.

Here's a photo for reference: 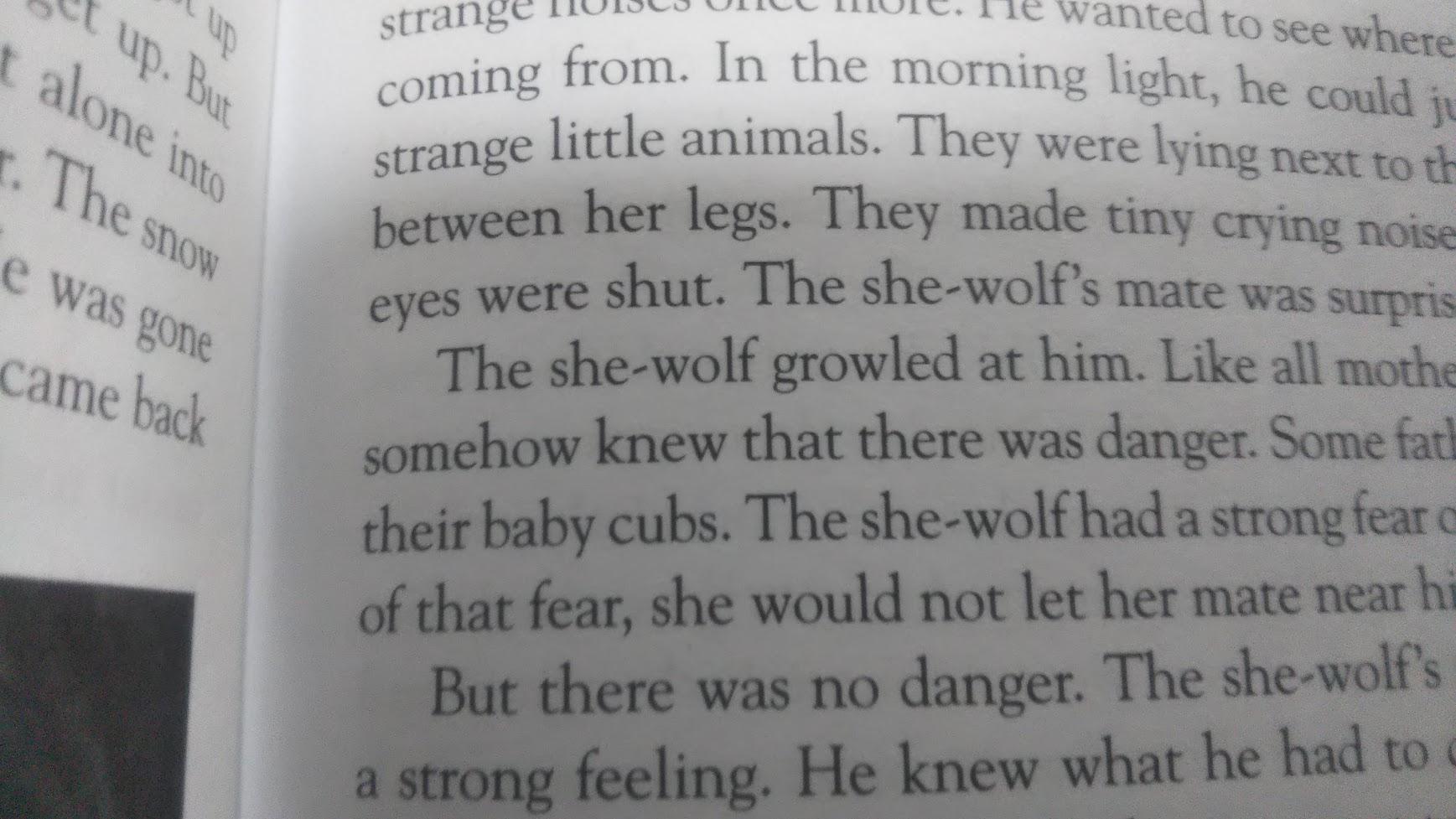 The slanted hyphen can be seen in the word "she-wolf".

My question is, what is the relationship between this type of hyphen and the usual one, how did they evolve from one another, etc.? Also, why would one prefer to use a slanted hyphen instead of a normal one?

It's a feature of that particular font design. There is no distinction between a horizontal and slanted hyphen. Some fonts such as Adobe Garamond, Monotype Goudy, Goudy Old Style (URW), have a slanted hyphen, but the vast majority of serif fonts don't. Some also have a hyphen that looks more like a tilde, but again this is just a design choice.

The reason some serif fonts might have a slanted hyphen or something resembling a tilde could be because they are based on the way hyphens were written historically when using a pen with an angled nib. This can also sometimes be seen in modern calligraphy. Angling the slope of the line towards the angle of the pen nib creates progressively thinner strokes. And since a big fat hyphen looks horrible, that was the easiest way to achieve a thinner stroke when using such a pen.

Of course it is also possible to change the angle of a pen nib by twisting it round in your grip to get a thinner stroke, or by turning the paper to a different angle, but that would significantly interrupt the flow of the writing.

Edit: If you are interested in the history of typefaces, it might also be worthwhile looking at the design of some of the first Roman typfaces ever used. The example below is from Cicero’s De oratore, printed by Sweynheym & Pannartz at Subiaco in 1465 and clearly shows the use of slanted hyphens at the end of lines. The typeface was based on a form of handwriting which was first developed in Italy. 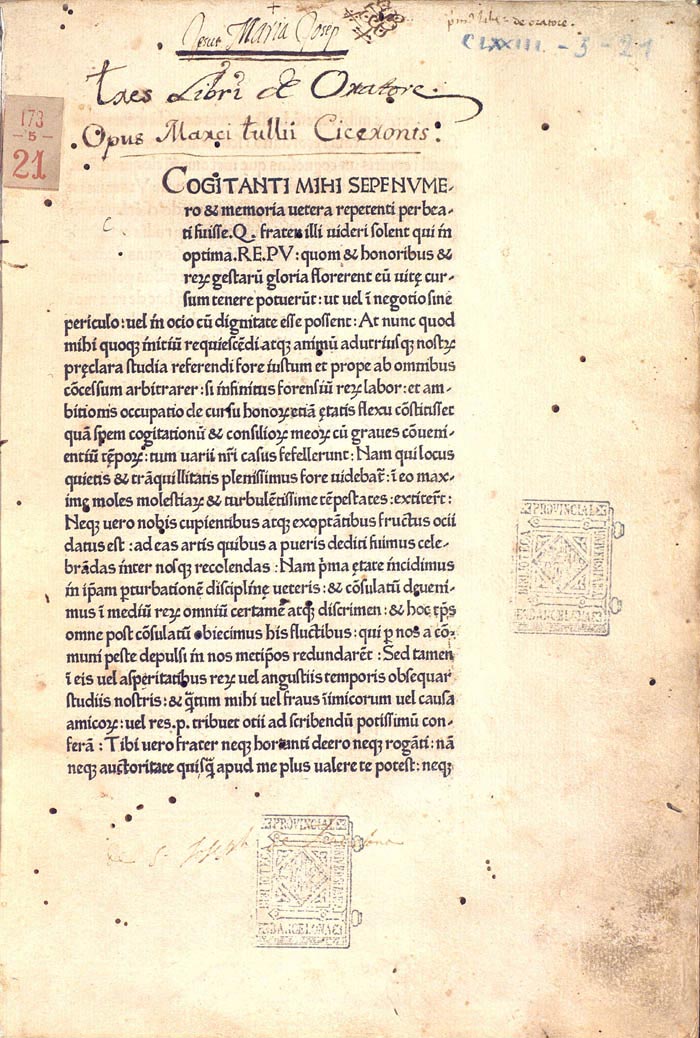 0
Why not use space-hyphen-space instead of the em dash?

29
Where should drop cap be suitable?
14
When and why do I use "s"-shaped quotation marks?
13
Why are there so many Unicode symbols for cats?
28
Why some fonts have the 'f' and 'i' joined
6
Unicode superscript numbers 1 to 3 vs. 4 and above
4
When and why did spaces around an em dash originally appear?
17
Why don't any common typefaces use ascenders or descenders on capital letters (except Q and sometimes J), even though they make text easier to read?
0
Why not use space-hyphen-space instead of the em dash?