(Illustrator) Limiting the Transparency Grid to artboards only

I know the artboard in Illustrator is transparent by default, but it's shown as white. Or a different color, if you set it up to simulate colored paper.

However, I'm not sure if it's possible to set it up as a transparency grid. 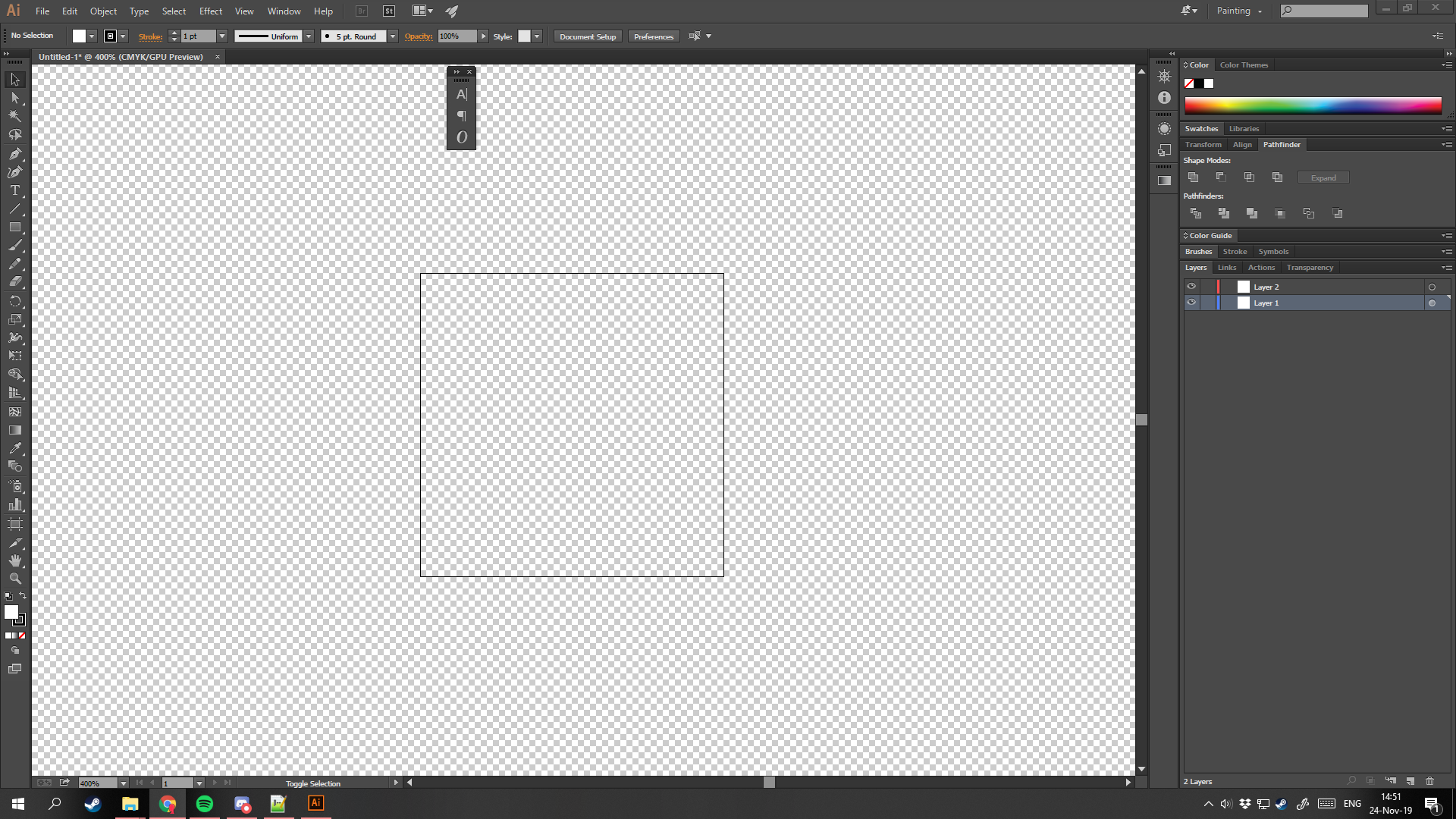 Which kind of hurts my eyes.

I'd like to be able to limit it to just my artboard, similar to how Photoshop allows you to view a transparent artboard.

So only have the transparency grid appear in the confines of that square you see in the picture above.

However there's a workaround that might help you. You could draw a rectangle the same size as the artboard, fill it with a chequered pattern, then lock the layer. Then place/design your content on layers above. When you have finished you could always hide/delete the pattern layer.

There's an important difference between Photoshop and Illustrator here.

In Illustrator, the artboard is a tool which can or can not constrain output. You have a choice. You can choose to output what is outside an artboard in Illustrator easily by merely unchecking the "use artboard(s)" option when outputting. This means Illustrator will output the objects entirely and ignore any artboard boundaries.

You can not restrict the transparency grid to an artboard because artboards, in terms of working, are irrelevant. Only if a users choses to use artboard(s) upon output do they matter.

7
Why can I only see a path when it's not white?
0
unifying sizing of font icon into a set with illustrator?
2
Creating a semi-transparent 3D cube with borders in Illustrator
3
Why does flattening transparency change color?
3
Batch convert 5000 vectors to PNG with transparency
1
Create an overlapping pattern brush that lines up evenly where the brush intersects
1
How to make these elements transparent instead of colour? (Illustrator)
2
Set default size of the artboard of imported Photoshop work paths
1
Illustrator pattern with blend mode shows dark lines