How to create the typical "MAN RAY" effect?

I've always been a huge fan of Man Ray (the artist/photographer). Fascinated by his negatives on gelatin silver print, I was wondering how I could recreate his signature effect with my own portrait pictures (still a neophyte on Photoshop but pretty sure this isn't just inverting colors because the characters look almost like they're coated in silver :))

Below is one of his photos, there are others on Imgur (for reference)! 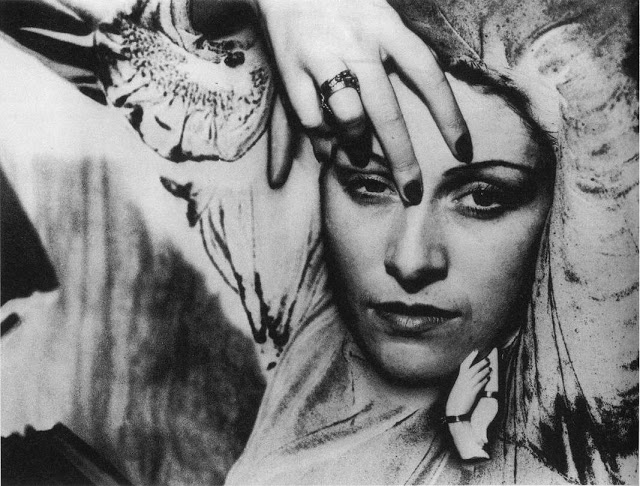 The technique is called solarization. It can be achieved in a b/w photo dark room, when the printing paper is exposed and already in the developing fluid for a bit, the room lighting is quickly turned on and off, so light areas get exposure too. Durations of exposure and development can be varied to achieve a variation of different results.

Photoshop does come with a Solarize filter, but it has no options, so the results are difficult to optimize to a certain look. And you might need a noise filter to add some grain first.

Not claiming it's used (see NOTE1), but the result resembles how BW photos in the past came out from photographic printing. Here's described one old process for hobbyists http://www.alternativephotography.com/an-introduction-to-the-gum-bichromate-process/ One makes his own photosensitive paper which will take ink differently depending on how strongly it's exposed. The reproduction of the grayscale is highly non-linear and grainy. This is a snippet from the linked article: 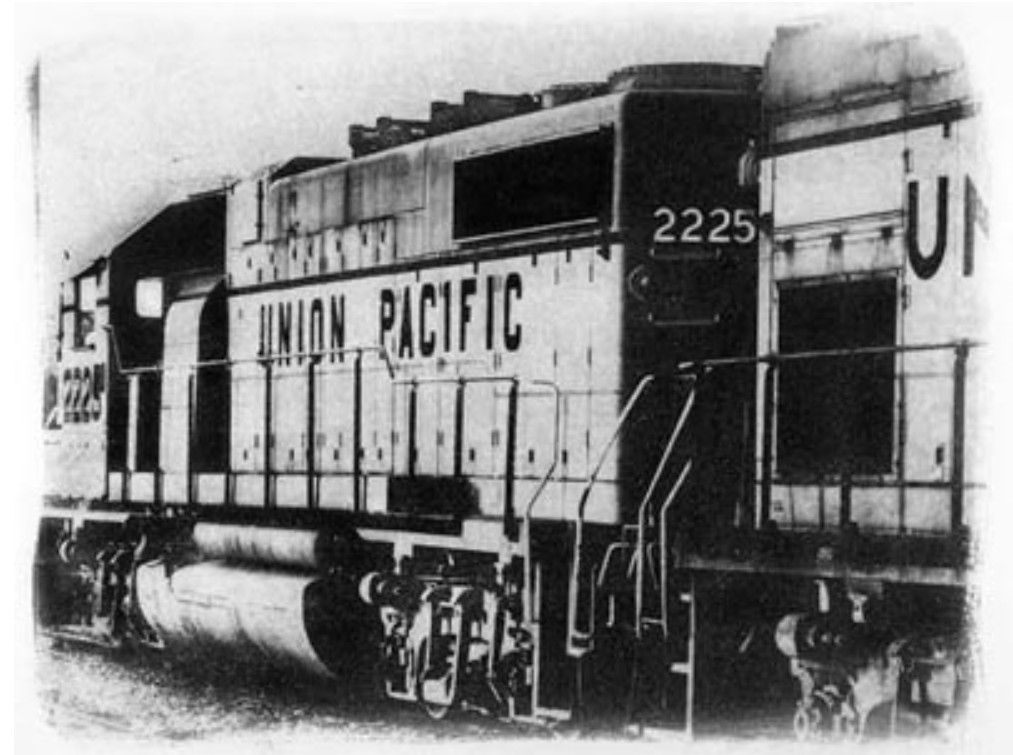 Many xerographic copiers were possible to adjust to make same looking prints of photos, too. The grain works like a randomized halftone raster which makes the apparent greyscale reproduction better than it actually is.

We can simulate the the result in Photoshop by starting from a good contrast BW photo. I have my example in RGB mode because the inverted curves in Greyscale mode can look counter-intuitive.

So, I have a good contrast photo, but I make it flatter with a curves layer: 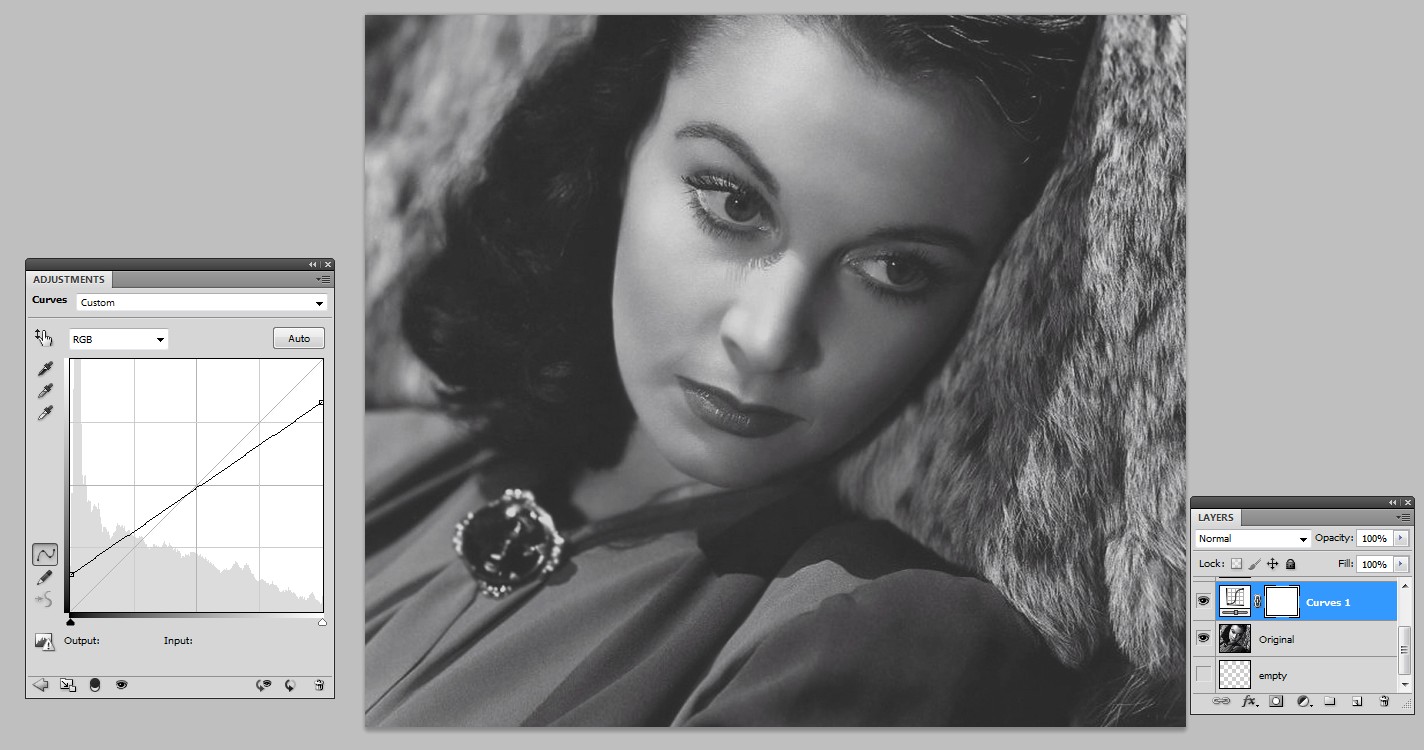 The next step is to make a copy of the original to the top layer. It gets a slight gaussian blur to reduce finest details. Then it gets noise. Finally it's tresholded to BW: 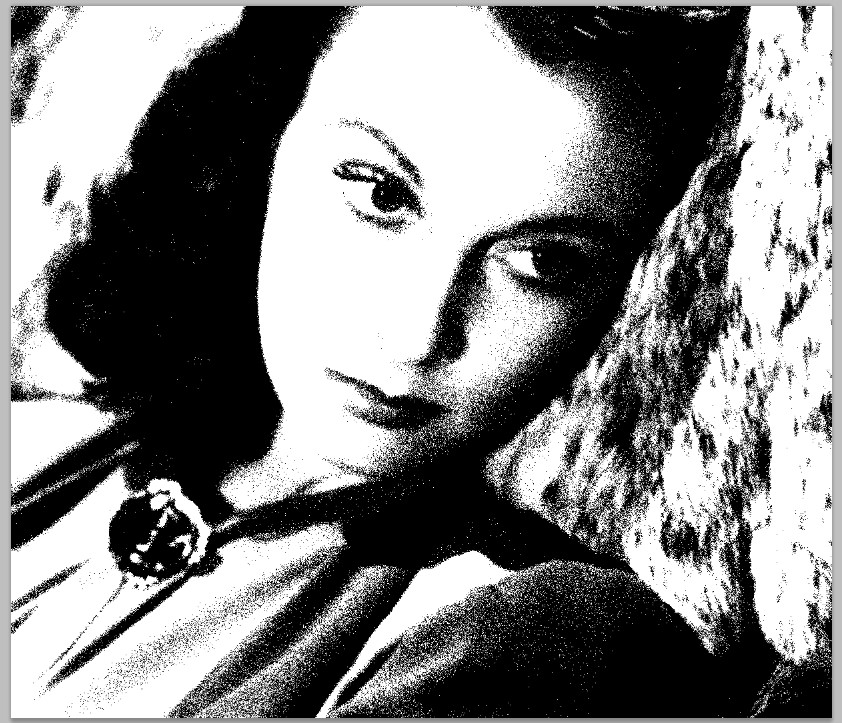 The noise is Photoshop's Add noise. I guess a high contrast copy of scanned paper would be better, but I haven't one.

We can combine the tresholded version with blending mode hard light and reduced opacity. These give grainy gradients and partially restore the contrast: 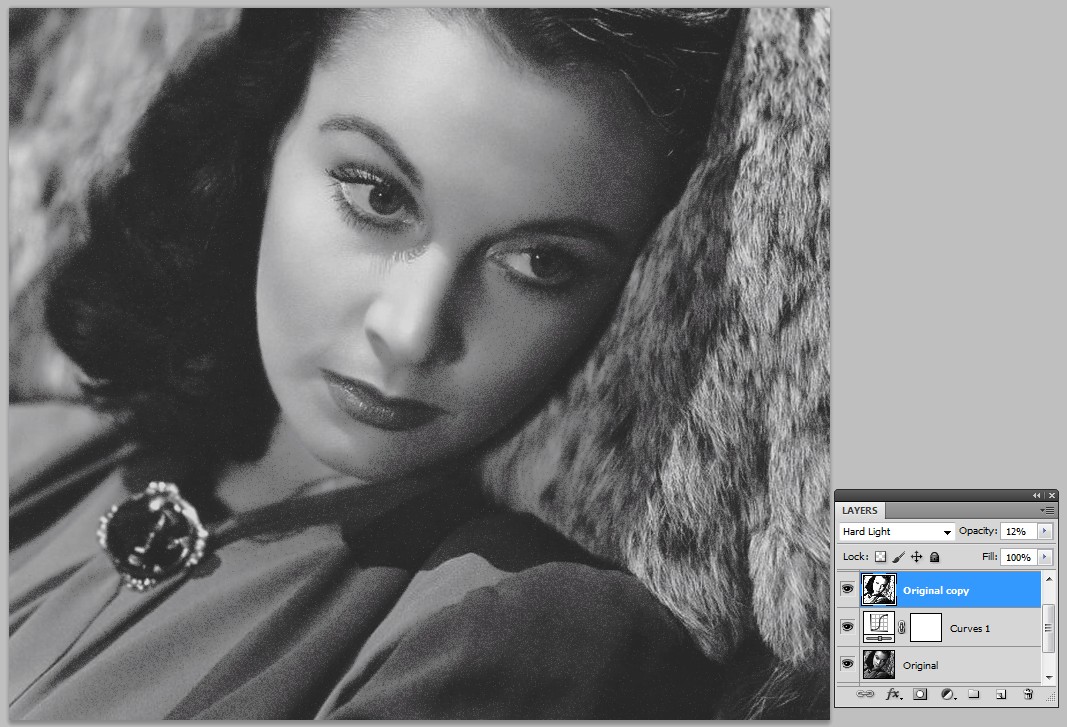 This is nearly ready, but there's a fake beard which needs shaving. In addition you wanted somehow metallic effect. It can be achieved by going back to the curves layer or preferably by adding a new one which reduces midtone contrast or even causes a sight partial tone inversion. The grain prevents the image getting too flat. 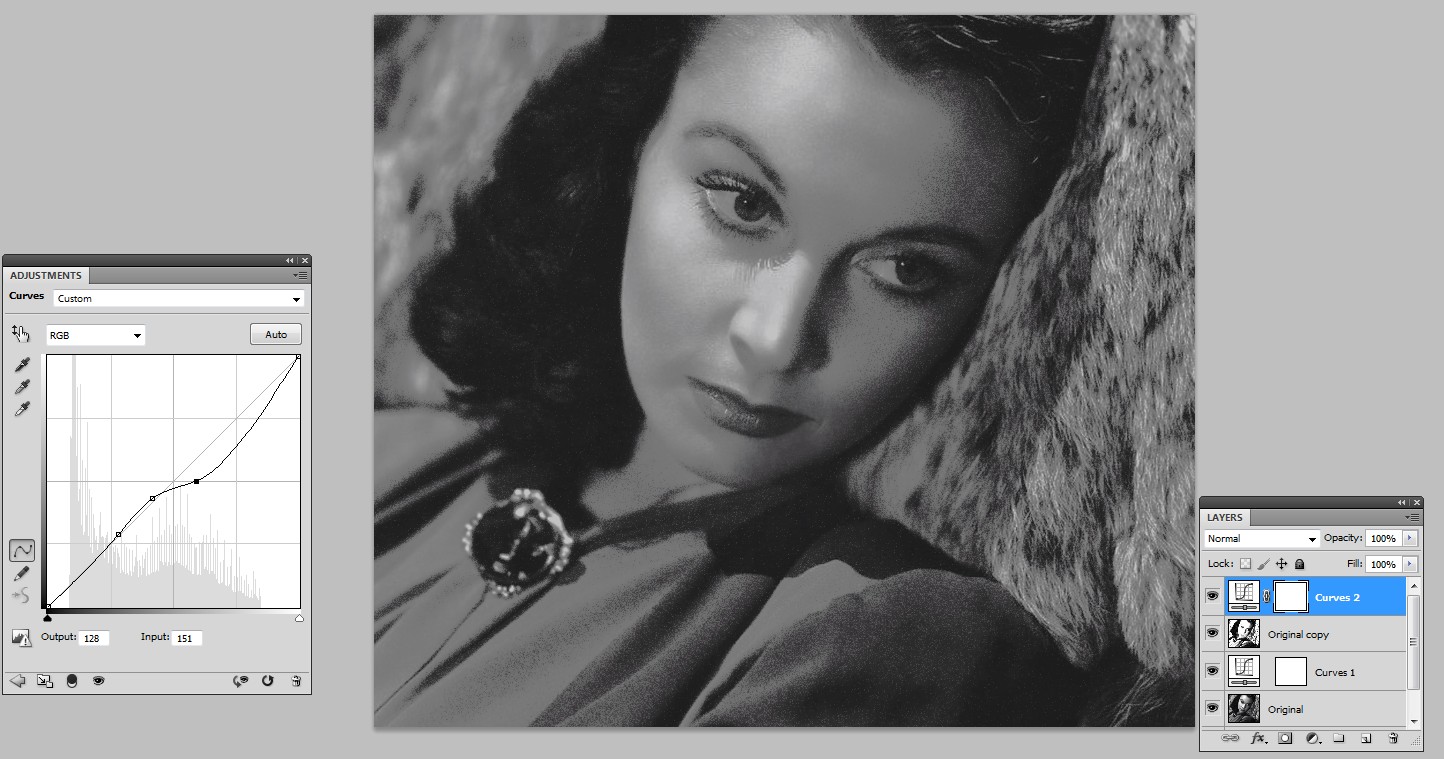 The noise layer is erased near the mouth to shave off the fake beard.

The partial tone inversion was said also in the older answer. There it was called solarization.

NOTE1: In the era before computers and Photoshop another common way to get same looking graininess and distorted grayscale was an attempt to make image compositions by inserting on a photo carefully clipped snippets of other photos and shooting a new photo of the composition. There was available special duplicating films for the purpose. Using ordinary film for the final shot created hopelessly too low contrast results.

Editing manually the composition to be ready for the final shot must have been extemely difficult. Making precise enough clips, matching lights and shadows and painting off all disturbing discontinuities is still a must with computer software, but in the past there wasn't available such things as undo, curves, clone brush etc...

Not the answer you're looking for? Browse other questions tagged adobe-photoshop photo-editing color-reproduction or ask your own question.