I am making tiff files in Photoshop out of designs I made in Illustrator. The designs contain a raw image with a masked border on top of them. When I copy the design onto Photoshop, there is a thin, almost transparent color around the design which I am unable to avoid. I save the tiff file with transparency, but when I paste it back to Illustrator, I can clearly see that layer around my design. My designs are to be printed, so I am scared that thin layer would show. How do I avoid that and have everything around my design transparent? 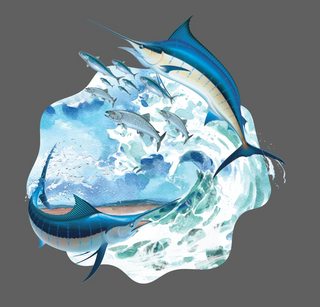 Here's how it comes out: 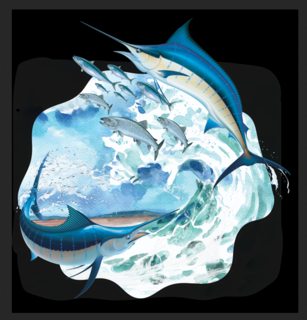 Based upon this .. I can only assume you mean that slightly lighter grey area around the entire piece. 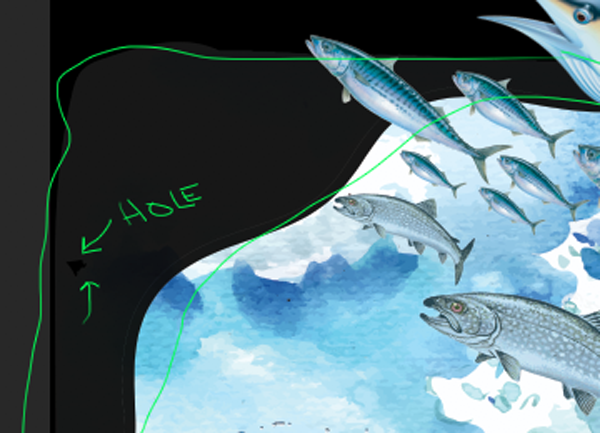 I'm afraid, in general it would take direct file examination to determine the cause of this area. That is, unfortunately off-topic here. However, if the lighter background area is being introduced after the image returns from Photoshop, then it is most probably introduced in Photoshop due to some method or mask not being actual black. So you may want to look there first.

It is not uncommon to paint in Phothsop with what you think is black only to see it's not true black later. This can be especially true of mixing RGB and CMYK colors. i.e. The AI file is CMYK, the PS file is RGB or vice versa. Or that a mask is not actually full black due sometimes to poor color calibration or a brush being inexplicably set to 99% opacity (which happens to me constantly.)

One thing I also thought of.. if you are using an Opacity Mask in AI, you'll want to ensure the black on the mask is 100C/100M/100Y/100K or 0R/0G/0B... anything less than these values will create a slightly less than opaque mask - resulting in the "scum dot"-like appearance in many instances. Other than targets and marks for printing.. Opacity masks are the only other area where using the "Registration" swatch for a black is a good idea. (note opacity mask, not "clipping mask" - they aren't the same thing.)

.. there is a thin, almost transparent color around the design which I am unable to avoid ..

Without a screenshot, we can't know what you have there, but make sure the border in your AI file does not have a stroke or shadow or glow or similar effect applied.

Select that border in AI and look at the Appearance panel to check if there's anything applied to it, before pasting into PS.

Not the answer you're looking for? Browse other questions tagged adobe-illustrator adobe-photoshop vector transparency tiff or ask your own question.