How to achieve 'leaves blowing in wind' effect in illustrator?

I'm trying to do something similar to this: 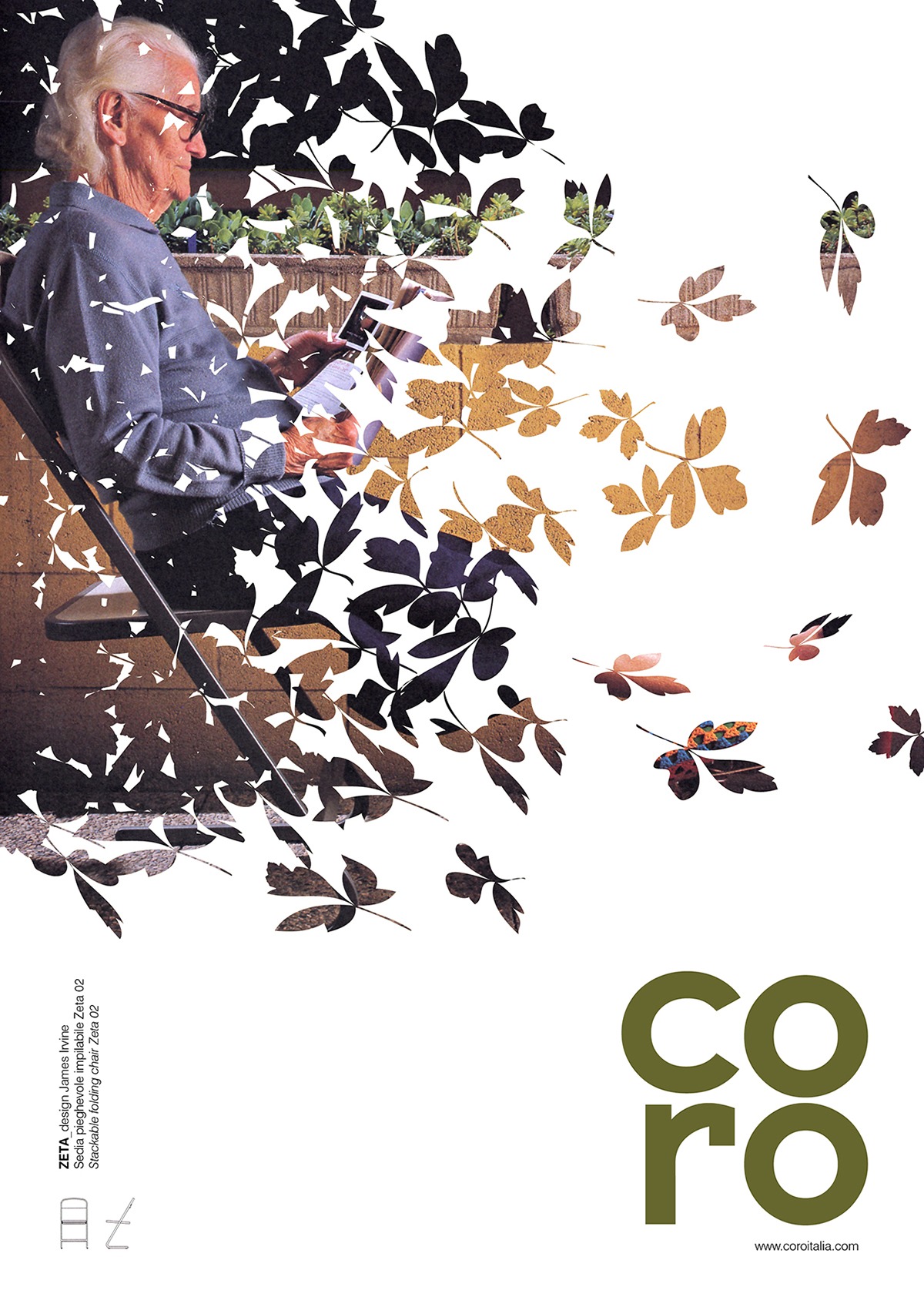 but i'm not sure how this person manipulated a leaf vector to look (convincingly) like leaves blowing in the wind. I tried using envelope distort but it just didn't quite look as realistic. Can someone help me?

In Illustrator you can make an opacity mask (see NOTE1) for an imported photo. The mask is a group of closed shapes. In your case those shapes are more or less distorted, rotated and scaled outlines of leaves. They should be filled with a solid color, no stroke nor fine parts are needed. 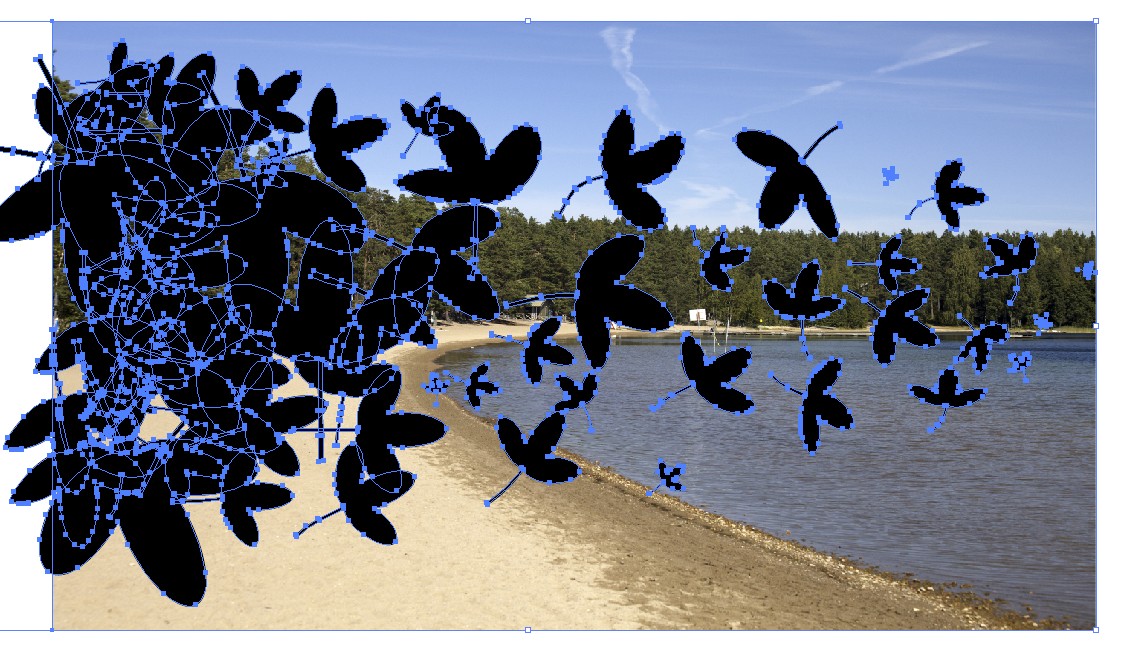 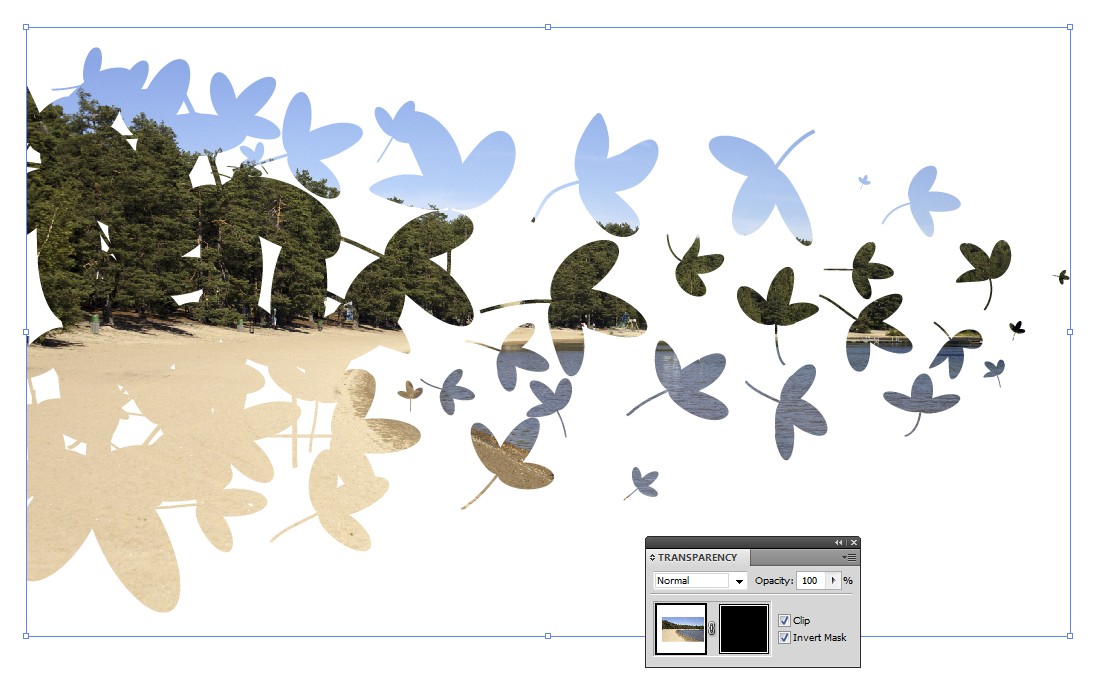 This example shows well that the effect very likely is useless if there's no big easily recognizable main object in the photo. A human would be ok, but the disintegrating beach probably looks nonsense.

But how to make those scaled, rotated and distorted leaves from one or preferably from a few prototypes?

One possibility is to use symbol sprayer or scatter brush, but I think those options are already said by others. In addition I would like to place the pieces manually one by one and also control their curvature individually. Art brush is a good option for it. 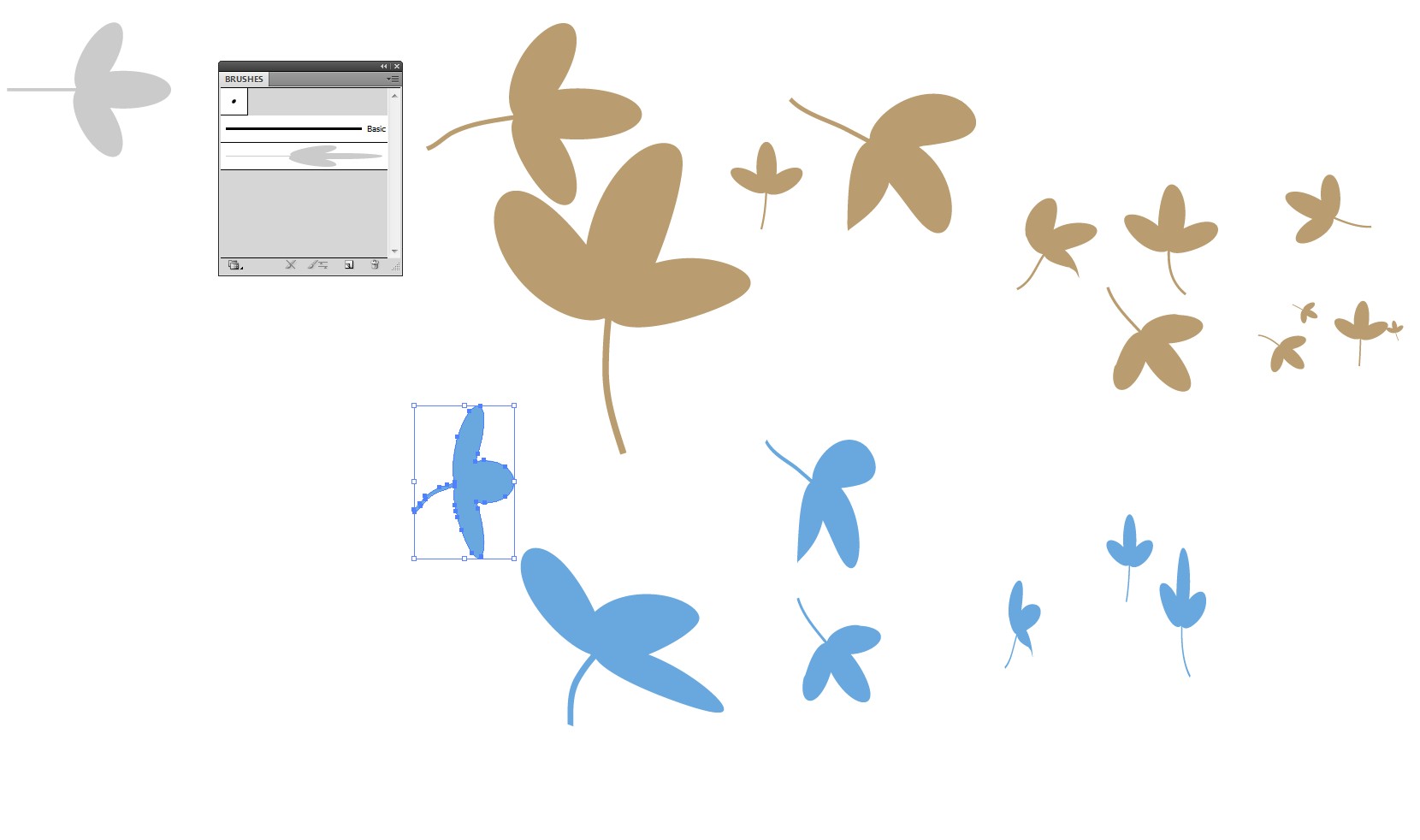 In top left there's my simple grey leaf prototype. It's a single closed shape. Three ellipses and a rectangle are united with Pathfinder panel Unite.

I dragged the prototype to the brushes panel and defined it to be a new art brush with automatic proportional scaling to stroke length.

The brown shapes are more or less curved brush strokes made with the paintbrush after selecting the new brush. I expanded their appearance to be able to set the fill color = brown. You must do the same, if you want to set the fill colors to get different opacities with the opacity mask function.

Part of the drawn and expanded shapes are filled with blue to show those whichhave got mere distortion. Their bounding boxes are manually squeezed more or less and rotated to get more variety. 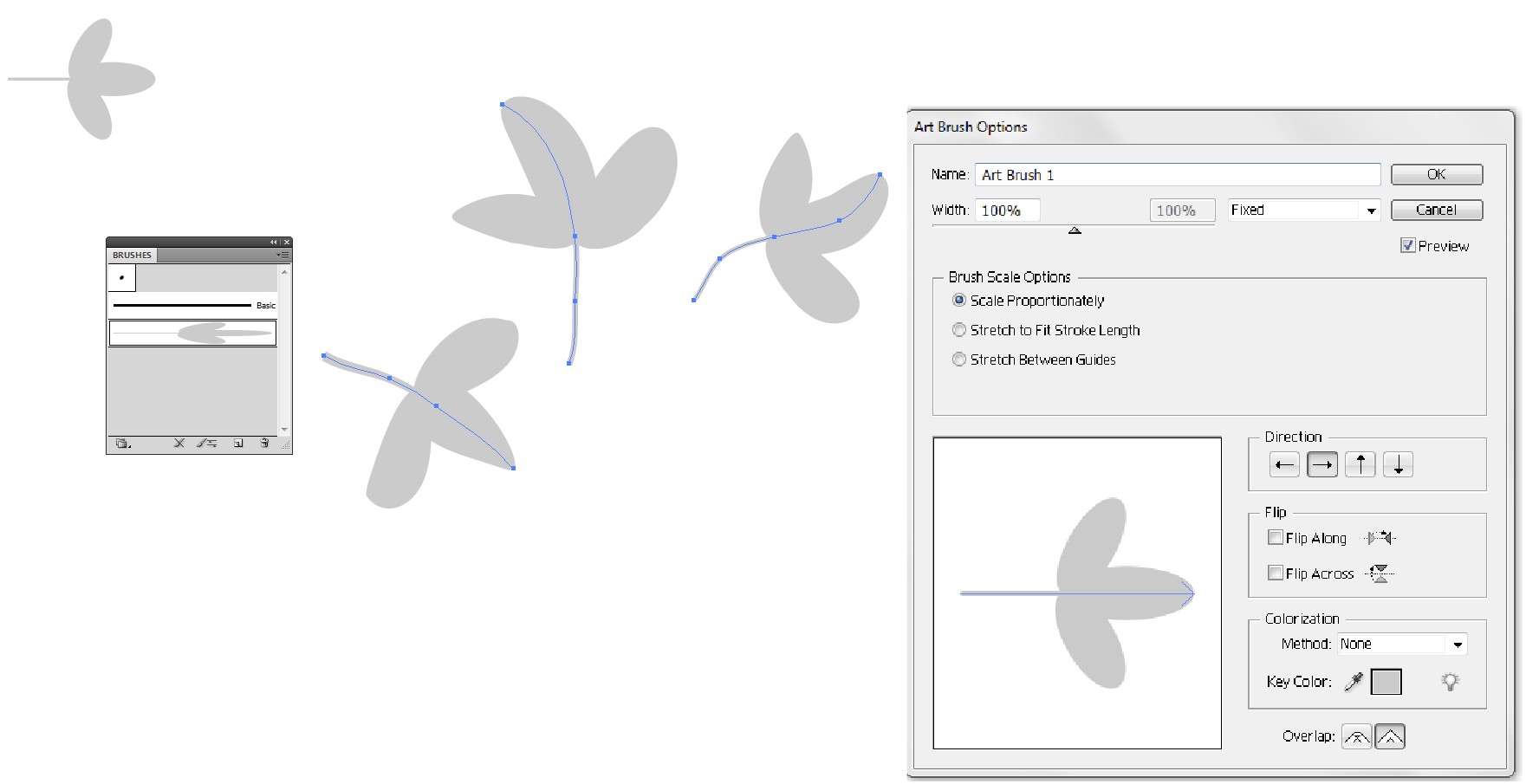 One of the unexpanded strokes is modified with the stroke width tool. I guess you can see which of them it is.

NOTE1: I tried also clipping mask, but Illustrator thinks it is too heavy task at least in my ancient system and refuses to show the result.

The image was probably handled separately in Photoshop. While possible to do all of this inside of illustrator, it would be much easier to do it in Photoshop.

The final image can then be brought into Illustrator or InDesign to assemble the final text elements (because you should never expect photoshop to produce high-quality text. ever.)