Why is GIMP brightness and contrast adjustment with a luminosity mask not color-neutral?

Here is the background part of a picture: 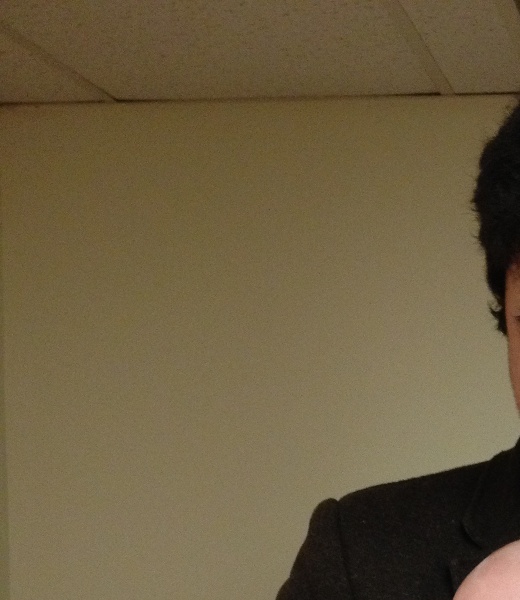 I want to brighten the shadows and midtones and leave highlights untouched. I create a luminosity mask following the official tutorial, then apply brightness-contrast of 90 each to the image. The result looks magenta: 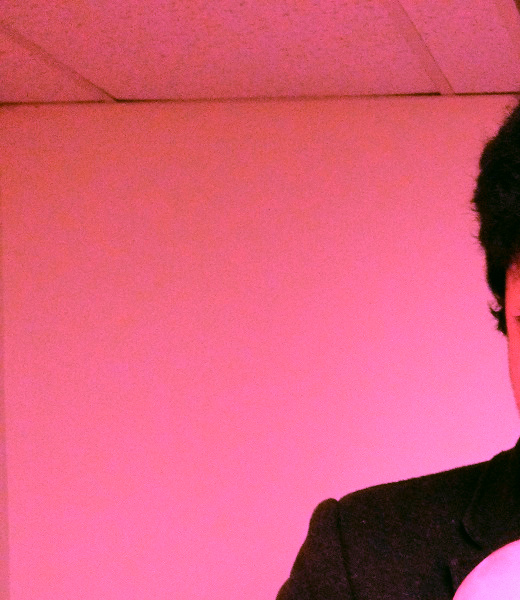 The same happens with levels and curves adjustment. Why?

From the magenta tint, I should have guessed that I had missed the green channel. The tutorial mentions:

To create a new channel that will become your “Lights” channel, drag any one of the RGB channels down to the lower window (it doesn’t matter which - they all have the same data due to the desaturation operation).

By moving the channel down, it had become unselected. So the green channel had stayed the same, red and blue had become brighter, and red and blue make magenta (magenta is the opposite of green in the chromaticity diagram): 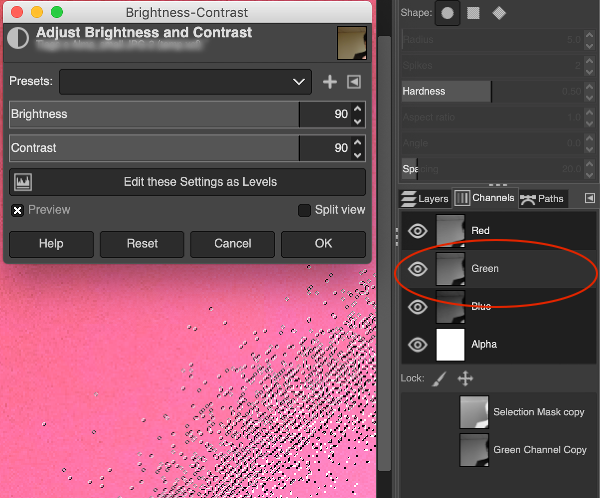 You can select channels with the Brightness/Contrast dialog open. Selecting all channels produces an image with similar color that is much brighter: 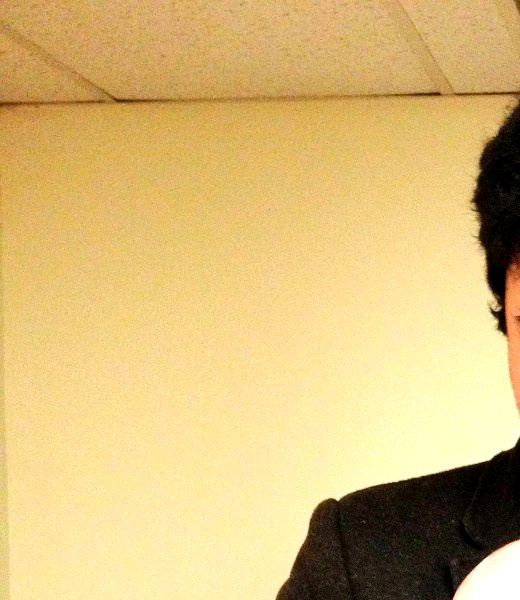 7
brightness-contrast does not operate on indexed layers
2
GIMP - Mode/Opacity VS Brightness/Contrast
0
Gimp adjust brightness not applying to image
0
Any way to get back Gimp 2.8's separate "sharpen" and "unsharp mask" filters in Gimp 2.10?
0
Can GIMP be used to extract scribbled-out text?
2
Selectively changing brightness and contrast in GIMP
6
How to apply chroma keying (remove green screen)?
2
Help with this vague-ish Gimp tutorial for chrome text?